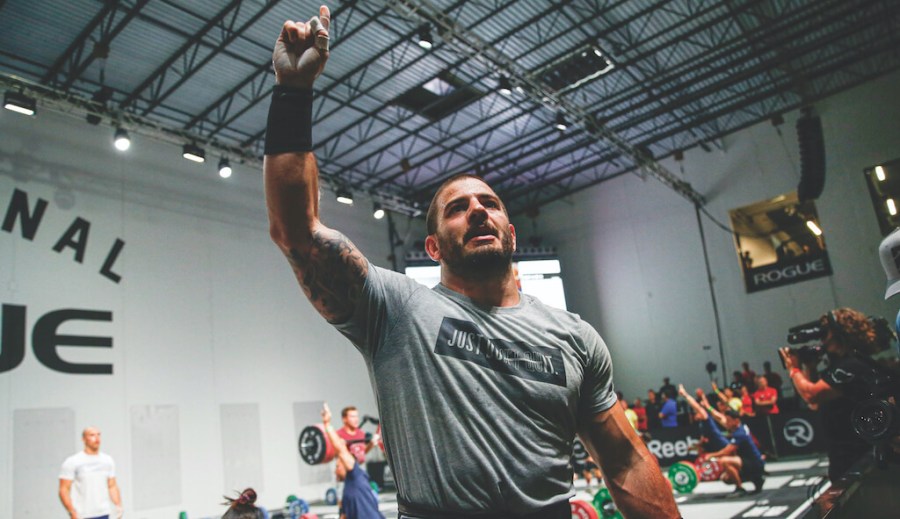 CrossFit legend Mat Fraser gives an insight into the winning mindset that has carried him to the pinnacle of his sport, as he tells MF about transforming weaknesses, blocking out distractions and pushing through the pain.

With four consecutive CrossFit Games titles under his belt, many consider Mat Fraser to be the fittest man on Earth. An elite powerlifter with the body control of a gymnast and the lung capacity of a track athlete, he is one Games win away from being the most dominant performer in the history of his sport.

And yet, it’s arguably his mind, not his body, that sets him apart: relentlessly positive and uniquely unflappable, there’s the sense that if anyone’s going to catch him it will be on his terms – when he eventually calls it a day – not theirs. 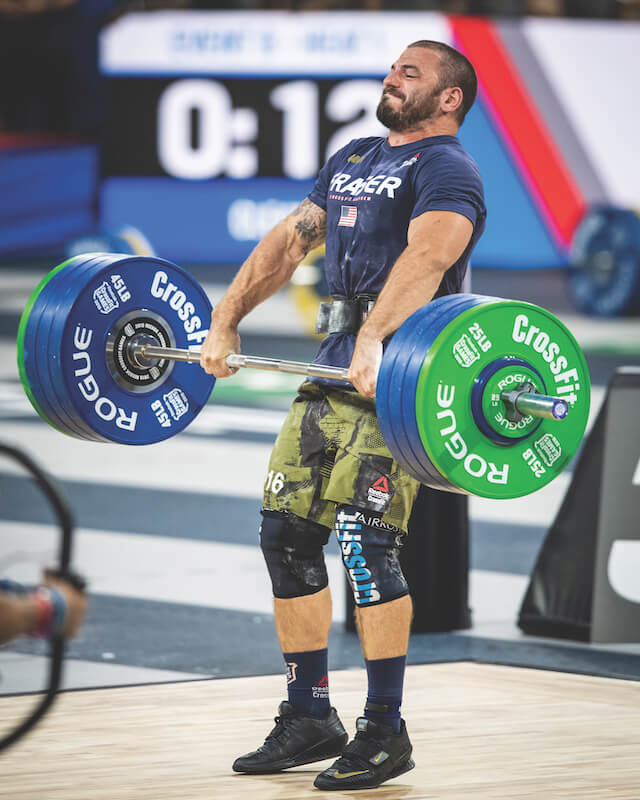 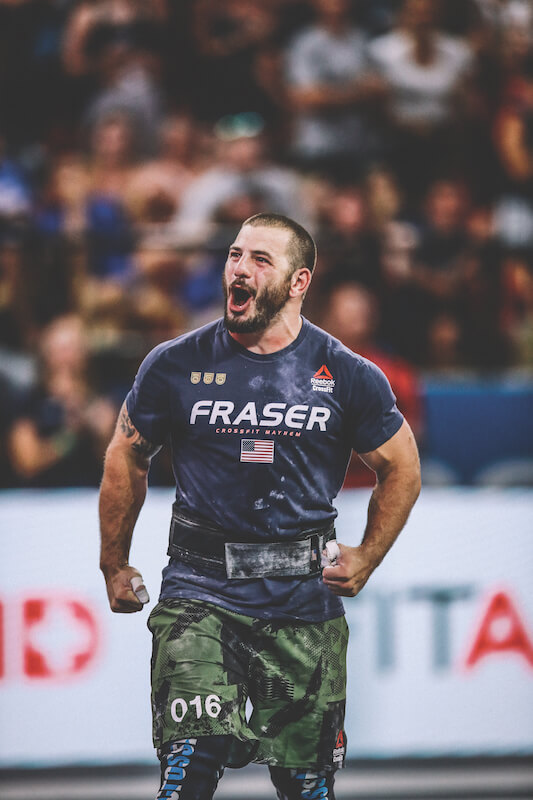 MF: Was missing out at the 2015 CrossFit Games [Fraser finished second] the turning point in your career?

Mat Fraser: “In 2014, I wasn’t programming, I wasn’t training properly, I was eating what I wanted and just generally not taking anything that seriously. It was my raw, natural ability that got me the second place. Moving forward, I thought I could just train a little bit harder and the win would come.

“The result was that I took the entire next year for granted: staying up until two or three in the morning, waking up at midday, eating whatever I wanted. It was terrible! I was just resting on my laurels; I thought I was a shoe-in for first place and I didn’t work hard for it. I got the result that reflected that.

“That was a big eye-opener, because I realised I needed to work my arse off to get to where I wanted to be. It wasn’t just mine for the taking.”

MF: How do you manage to keep raising the bar in training to stay on top of your game – and ahead of the chasing pack?

Fraser: “It’s always just about looking at my weaknesses, constantly trying to improve and realising that everyone else is always getting better. If I’m not moving forwards, essentially I’m moving backwards, so I’m constantly striving for more from myself.”

MF: Do you have a set training routine or are you quite flexible with what you train and when?

Fraser: “What we do in training changes every single week and every single day. But we do have some structures so we can measure our progress – and also have a small semblance of life outside the gym!

“Four days a week it’s a minimum of two sessions a day: get to the gym at, say, 10am, leave the gym at 1pm, and get back in at 3pm for another three-hour session. What is actually in those sessions depends on what part of the season we’re in, but usually we’re looking at three track sessions a week, three to four weightlifting sessions, a couple of swimming sessions and one road bike day. That’s a very loose idea, though, because it’s always changing.” 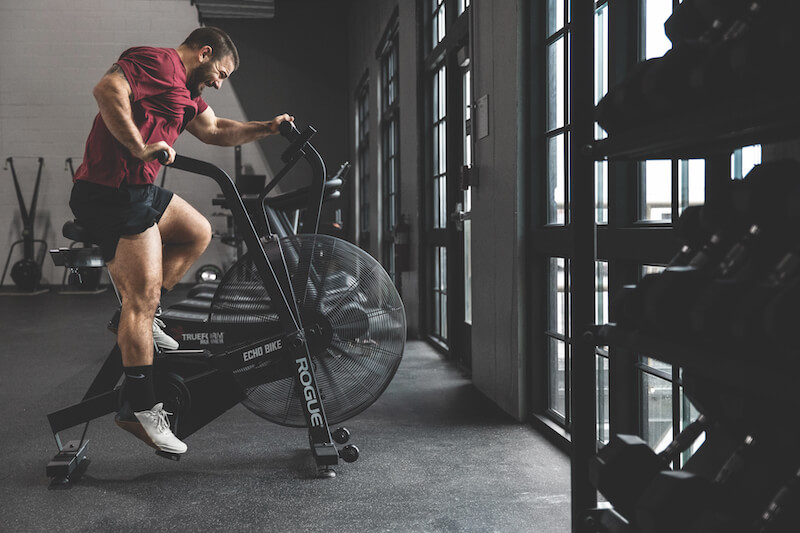 Fraser slugs it out on one of his favourite bits of kit, the brutally effective Rogue Echo air bike | Photo: Rogue Fitness

MF: Is there any session that you dread every week, or do you enjoy it all?

Fraser: “I don’t want to be that guy that sits here blindly saying, ‘I love everything,’ but I have got to the point where even if it’s something that I know I’m not going to be physically great at, it’s become such a natural reaction that when I find something I’m not good at, I get excited. It’s like, I’ve made it this far in my career and I still have weaknesses, which are simply opportunities to get better.

“Even when I do find something I’m dreading, the mentality quickly switches to, ‘Awesome, I’m going to get that much better today.’”

MF: You must go to some pretty dark places in both training and competition, when your legs feel like jelly or you run out of gas – do you have any mental strategies to get through those moments?

Fraser: “With a lot of CrossFitters, you see them hit the finish line and they collapse – they’re a puddle on the floor. I’m no different, I’ve been in those situations, but I always realise that no matter how bad you feel in
the moment, ten or even five minutes after you finish, you’re up, you’re having a drink of water, you’re talking to your friends and you feel fine.

“Knowing that you always feel fine within moments of the workout finishing makes it so much easier to push yourself as hard as you can every single session. I can either give it my all, end up in a puddle on the floor and feel fine ten minutes later, or I can give it 80 per cent. The only difference between the two, ten minutes after, is how I feel about the effort I put in.

“In the moment, I remind myself that I’m going to be fine – I’m not going to die, I’m not going to damage myself – and in ten minutes I’m probably going to be laughing about how hard this was. It’s about reassuring yourself that the pain you’re feeling is completely normal, and realising that you have the opportunity to make yourself proud of the effort you put in.”

MF: When it’s competition time, do you still get nervous?

Fraser: “Oh, I’m incredibly nervous. Before most events, I’ll dry heave, I’ll throw up, but I use that energy as fuel and take strength from it.” 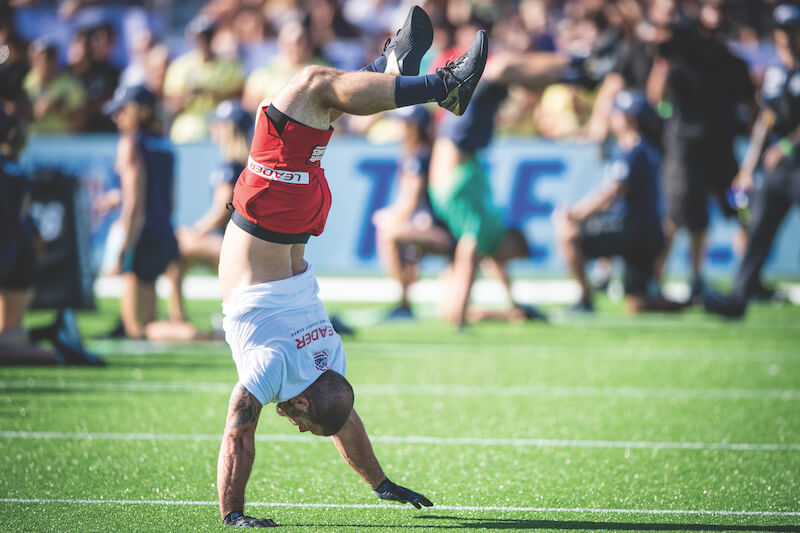 MF: You’ve said that you used to eat what you wanted, when you wanted – is that still the case, or have you got stricter with your nutrition?

Fraser: “To say my diet is strict right now is a bit of a stretch, but compared to what it was, I eat like a saint. Back then, it was Chinese food, ice cream, pizza all the time, every single day. I thought I could out-train a bad idea, and took the stance that I just needed calories to fuel my training, no matter where they came from.

“Then I watched the CrossFit Games movie from 2015 and I couldn’t believe how out of shape I was. Now I don’t follow any specific diet or count calories; I just eat as much good stuff as I can – lean meat, vegetables, rice – and limit the bad stuff. I also try to eat evenly throughout the day, instead of having these big peaks and troughs of energy around mealtimes.”

“I adopted that exact same philosophy into what I do: if it’s not helping my performance as an athlete, I don’t give it much thought at all. Even if a decision only takes half a point of energy to make, I don’t want to waste that half point.

“There is a big difference between being fit and looking fit. I tried counting my calories and I looked phenomenal – I’d look in the mirror and think, damn! But I felt like my performance dragged, and in CrossFit you get scored on how you perform, not how you look.”

MF: How can wannabe CrossFitters improve their all-round fitness?

Fraser: “My main tip would be to make small changes, rather than trying to alter your whole life in one go. Make a little change and once you don’t notice that change any more, make another change.

“If you’re just starting out at CrossFit or basic strength training, don’t go from zero to two hours a day. You’re going to dread every session and before long you’re going to stop. It’s about setting achievable objectives and forming healthy habits.

“The next would be to make sure you build a good base. I see a lot of people come in and they want the instant gratification of piling up plates on the bar and swinging around on the rings, but they’re not willing to put in the base of learning the technique. And that’s about taking one step backwards so you can take two steps forwards – being efficient in every movement is going to make you so much fitter, stronger and healthier in the long run.

“When I started out in weightlifting, thankfully I had a coach who was incredibly stubborn with me. I was 12 or 13 years old and I wanted to put the big weights on the bar to look cool, but for the first month or so I lifted nothing but a broomstick. It wasn’t until my technique was absolutely perfect that I was allowed to put on five more pounds, then five more, then five more.

“He knew what was best for me and told me, ‘Don’t worry, these kids that are out-lifting you right now aren’t going to be in a couple of years’ time.’ I guess he was right!” 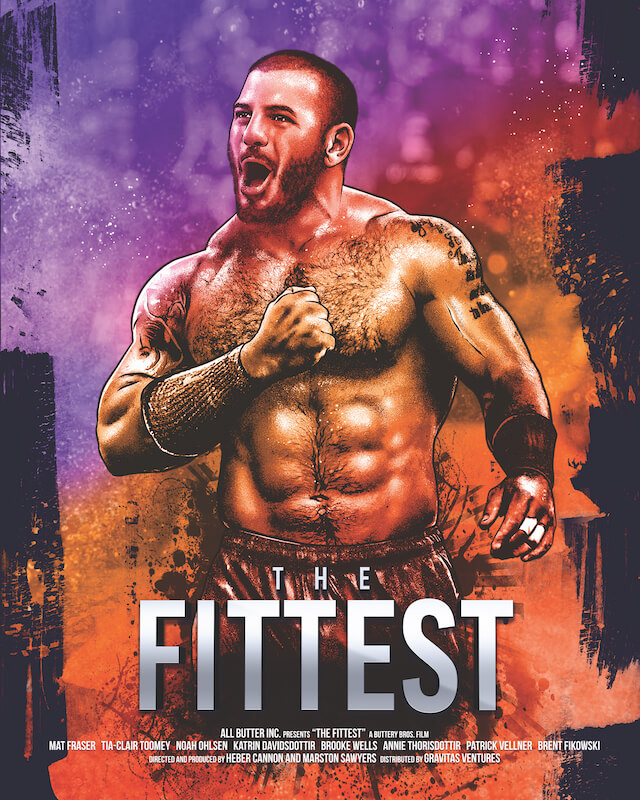