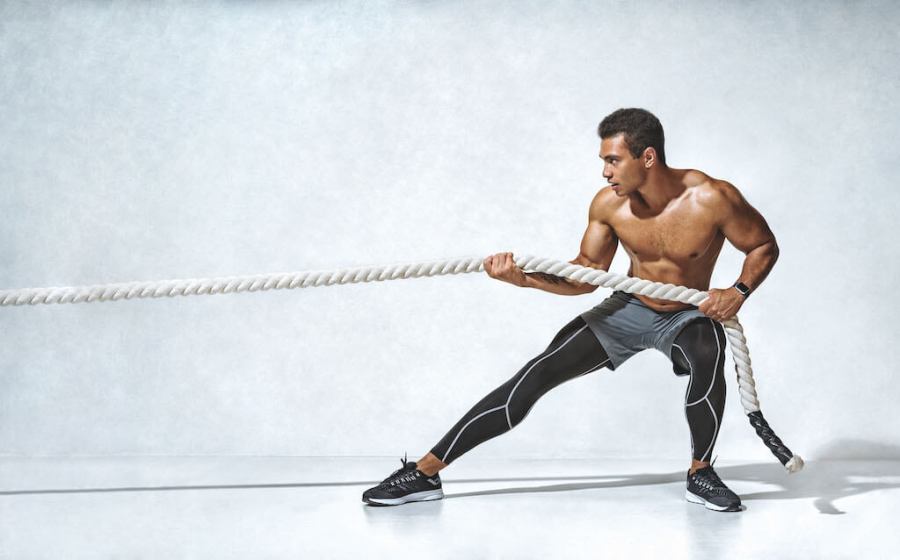 Hit a plateau with your strength training? Functional overreaching is an advanced, intensive technique that can help you break new ground…

For the most part, strength training follows a well-trodden formula. Repeat the same programme of sets and reps frequently enough and your body will adapt positively, allowing you to add more weight into the equation and get stronger as a result.

But there are occasions when this process slows or simply stops altogether.

That could be down to a number of reasons – from skimping on recovery to not having your nutrition nailed – but if you’ve exhausted all of the obvious fixes, it might be time to reach further.

What is functional overreaching?

“Functional overreaching is a period or a phase of training in which you are trying to provide the body with a larger stimulus, in order to force positive adaptive change,” explains physiotherapist and personal trainer Liam Chong.

In practice, it involves a substantial overload of training stress followed by a brief period of recovery. If that sounds a lot like overtraining, that’s because it is.

“Overtraining is chronic and has long-term impacts on your performance, recovery and motivation to train,” says personal trainer Tom MacCormick.

“Functional overreaching takes it into a much shorter period of time, providing results before you get yourself into trouble long-term.”

On a physiological level, the idea behind functional overreaching is that it turbo charges the stimulus recovery adaptation (SRA) concept that forms the basis of most strength training.

Rather than following a pattern of training (stimulus), fatigue (recovery) and the muscle overcompensating by recovering above its initial baseline strength (adaptation), you shorten the recovery window by training intensively over a brief period of time,  before having a longer break and reaping all those adaptation rewards.

“It’s a bit like digging a really big ditch,” adds MacCormick, “but then someone’s got you a rocket launcher to get you back out of there.”

While scientific research into its benefits is limited, there are a few studies that show there’s a method in the madness of taking it to the edge of overtraining.

In a study published in the book Overtraining in Sport back in 1998, researchers found a group of experienced weightlifters had positive adaptations – in both performance and physiology – which continued two weeks after a seven-day block of overreaching.

Another article, published in Strength and Conditioning Journal, saw a group of national-level weightlifters undergo one week of overreaching that saw huge increases in their baseline volume load (94%), the number of sets (200%), repetitions (55%) and total workouts (300%).

The results were gains in strength and overall fitness, and the article concluded that ‘short periods of overreaching can be an effective stimulus for performance gains in experienced weightlifters, provided the training programme allows for complete recovery from the increased stress of training.’ 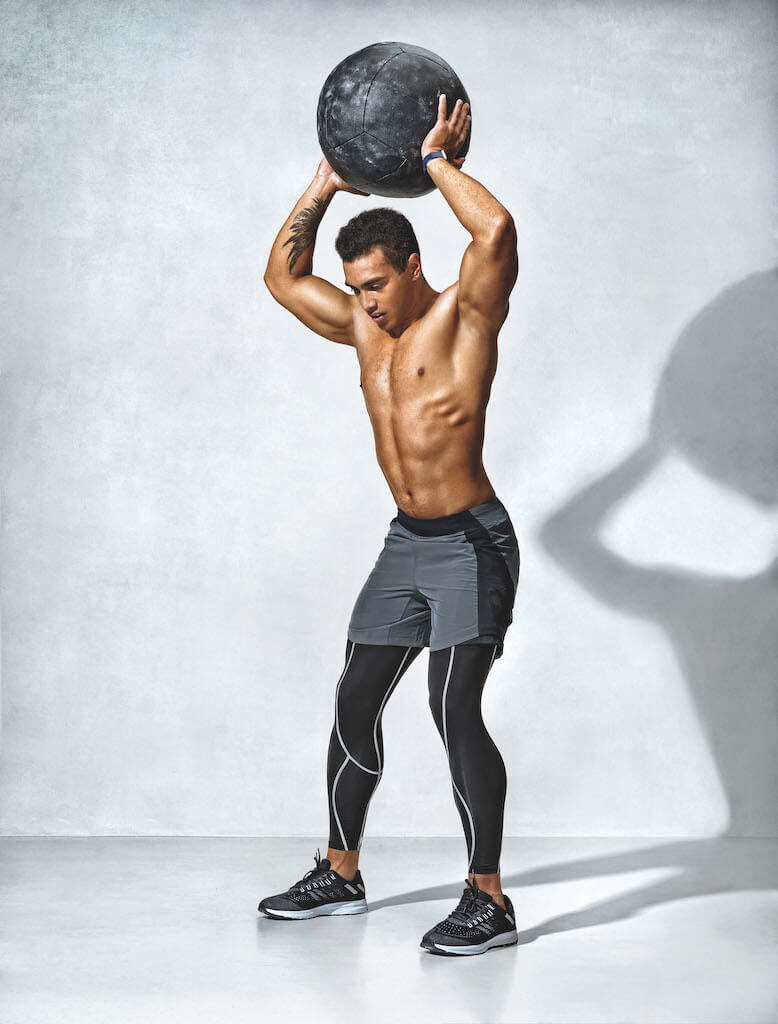 Functional overreaching: how to do it

Consensus is split on a defined training plan to achieve functional overtraining, and there are no scientifically proven schedules that guarantee more gains than others.

Coaches interviewed about functional overreaching for a recently published piece of research by Sheffield Hallam University all agreed that to benefit from functional overtraining, you needed to increase training volume and/or relative training intensity during a short-term window of no longer than seven to 14 days.

It also concluded it’s a technique that’s dependent on the individual, making it something best attempted with support from an experienced personal trainer.

Equally, it’s important to remember that only a fraction of the transformation takes place in the weights room.

“You should try to get in the mindset that this is overreaching, not under-recovery, so if anything, you should pay more attention
to your recovery during this period,” says MacCormick.

“The harder you can train without exceeding your capacity to recover, the better your results.”

MacCormick highlights that two of the most powerful recovery tools are sleep and nutrition, and that you shouldn’t skimp on either during your training block.

“If we’re looking at strength and muscle mass, you definitely want to be in a [calorie] surplus,” he says.

“That can be quite problematic for people, because the volume of work they’re doing means that they’re burning more. The amount they need to eat, therefore, is even more than their normal training because their output is higher.”

“You might be having more carbohydrates than you’re used to,” he says, “but carbohydrates are stored in the muscles as glycogen, which is the dominant energy system and fuel source for high-intensity exercise, like weightlifting.”

Calories should remain high at the start of the recovery week, before tapering off to something resembling your normal diet.

“Recovery timelines aren’t just the immediate anabolic window after your workout; it runs into hours and possibly days for a muscle to be recovered after functional overreaching,” adds MacCormick.

“Don’t try to be dieting immediately, because if you suddenly go for a deficit, you’ll lose that muscle and strength quickly. You need to let the body adapt to the new normal, and own that new muscle mass and higher body weight that you’ve achieved.”

How to add it to your training programme

“How it’s integrated into training is an art,” says Chong. “It gets pretty complicated and depends on the sport that you do. In an ideal world, training would be undulating: periods of high stress and periods of low stress.

“Characteristically, for a sport such as football when there’s a defined off-season, you should do your functional overreaching when the general physical demand on your body is low, and you’re trying to make the big strength gains that you need in the off-season when the body can deal with it.”

With there being no defined ‘off-season’ in strength training, MacCormick schedules it around natural breaks away from the weights room.

“I time it when clients have got a bit of a lay-off from the gym coming up,” he says, “where they’re going to have their feet up and be able to relax – so around Christmas or before they go on a chilled-out beach holiday.

“This can be a great strategy because they know that, for the next week or so, they’re largely going to have their feet up: lots of food, loads of recovery and loads of sleep.

He’s quick to add that this is a technique that should be used sparingly – “for regular people who aren’t professional athletes, once per year is probably the right timeframe.” As it’s an advanced strategy, it should be reserved for advanced gym-goers, too.

“If you can add a bit of weight to the bar for the same reps every week, you’re not advanced, and that’s not a negative – that’s great news because you can keep progressing.

“If it takes you six weeks of really structured programming to get just a little nudge in performance, then you’re quite close to your potential, and this may be something that will benefit you.” 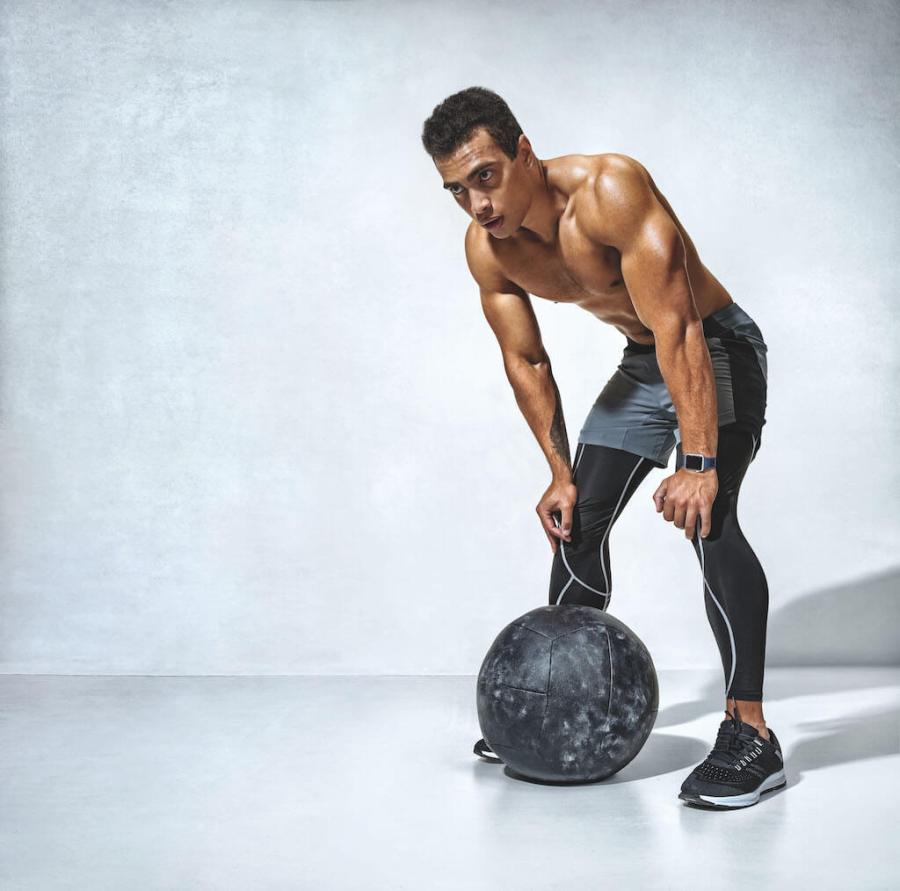 Risks and rewards of functional overreaching

While deliberately embarking on a period of overtraining might seem like a big enough risk to steer clear of the technique, the majority of coaches from the Sheffield Hallam University research were unconcerned about planned overreaching becoming non-functional or overtraining.

In fact, their biggest worry was that subjects wouldn’t be able to go hard enough to evoke a positive response.

“If you’re thinking you could do more a few days in, you’re probably not overreaching,” says MacCormick.

“Each set should be pretty close to the limit and you should have to give yourself a bit of a stern talking to to get back in the gym to do the next session.”

And the signs that you are indeed training hard enough?

“You will have some of the symptoms of overtraining – your training performance drops off, motivation starts to dip, your sleep’s being disrupted, you might even get a bit grouchy – but the point is that you pull back in a timeframe that means they don’t become full-scale problems,” adds MacCormick.

If ever there was a training technique that embodies the ‘no pain, no gain’ proverb, functional overreaching is it.