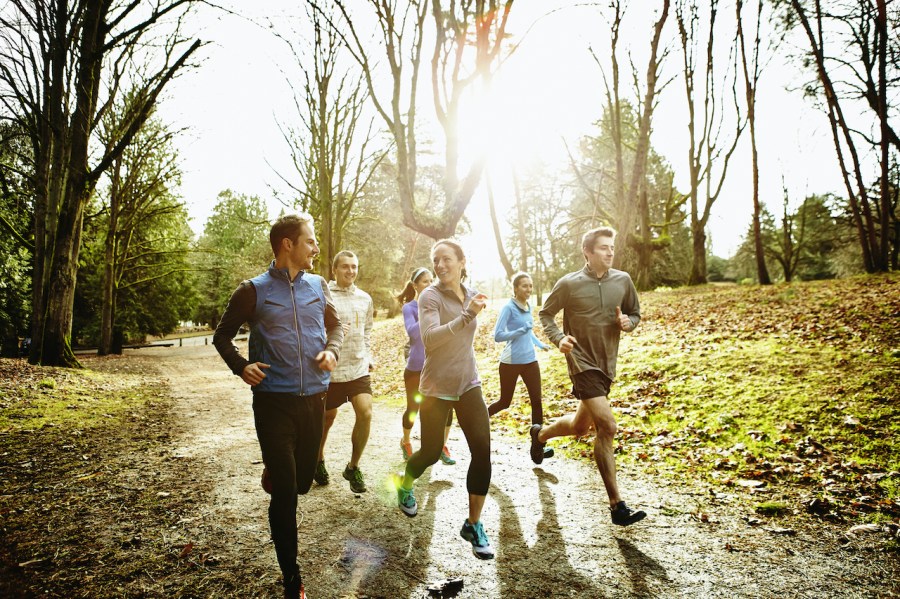 Running is simple, accessible and effective, with a whole host of benefits for physical fitness and mental wellbeing. 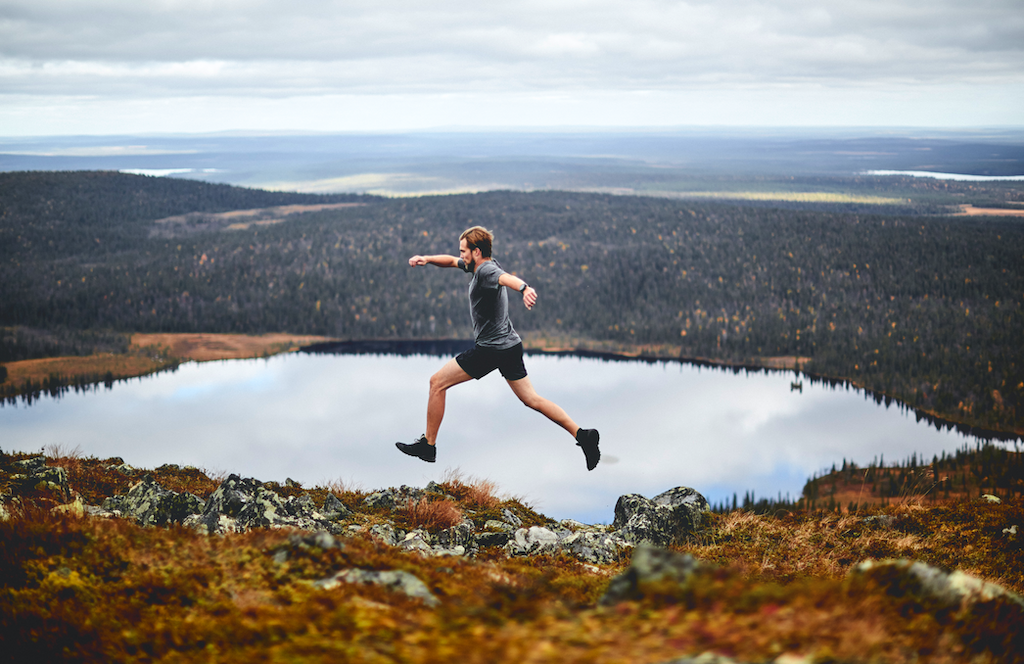 Running is the best exercise for improving heart health, according to research published in the American Journal of Cardiology. The benefits include a reduction in resting heart rate and heart rate under stress, an increase in maximum oxygen uptake, and improved efficiency of the heart.

“Unless a runner is considerably undercutting the calories he needs, the body will not burn muscle for fuel, says running coach and founder of Track Mafia, Corry Wharton-Malcolm.

“It’s under-nutrition that’s the issue, not the running. If you eat too few calories, your body will burn fat but will also start to burn muscle, so it’s important for runners to eat a healthy diet with plenty of protein.”

“If you’re new to running you should start out slow,” says Vikash Sharma, owner of Perfect Stride. “Running requires your body to stabilise your joints as you move, as well as accepting forces up to three times your bodyweight with each step.

“Running is a series of single-leg hops repeated over and over again very quickly, which means strength and stability is a prerequisite but also a result of consistent training.” 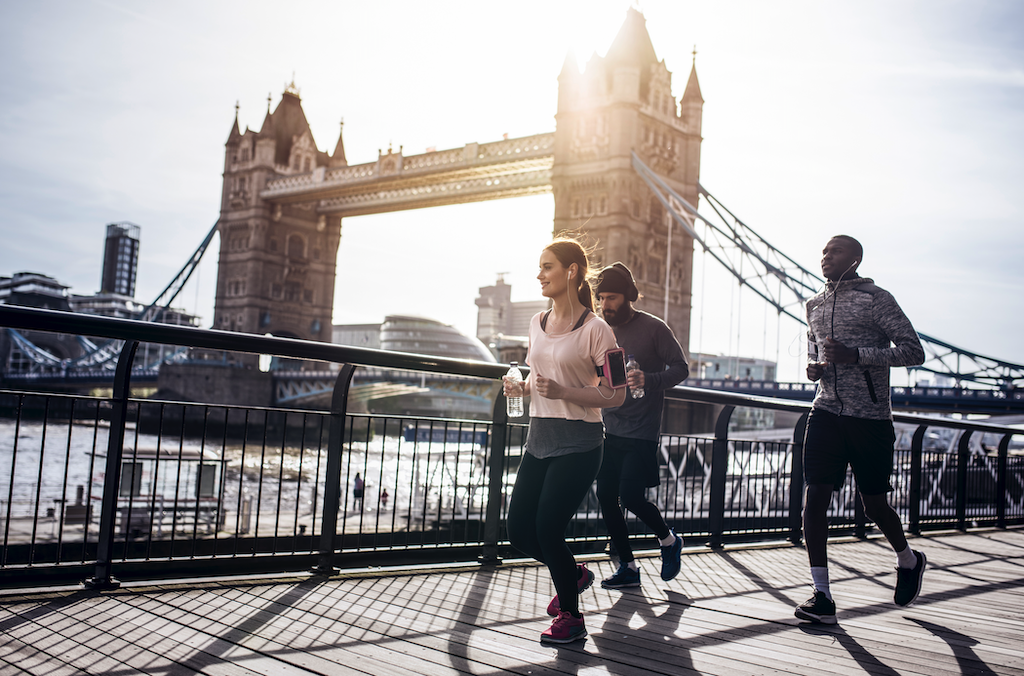 Regular running can reduce symptoms of depression, sharpen memory, alleviate anxiety and help you relax. It’s also been shown to improve learning ability, and protect the brain from ageing and cognitive decline.

Any amount of running can reduce risk of an early death, according to British Journal of Sports Medicine reports, while research has also shown that regular aerobic exercise purges the blood of a substance known as kynurenine, which accumulates during times of stress.

What’s more, running has also been shown to reduce the risk of atherosclerosis and thrombosis, and reduces the production of cortisol and adrenaline (the stress hormones).

“The main muscles you work when you run are your quads, hip flexors, hamstrings, glutes and calf muscles,” says Wharton-Malcolm. “But it also works and tones the core muscles, which are involved with keeping your spine aligned as you move. Equally, running requires you to swing your arms, which works and tones the biceps and triceps.

“Covering long distances aids the development and efficiency of slow-twitch muscle fibres as well, so that their aerobic capabilities improve and they become more resistant to fatigue.” 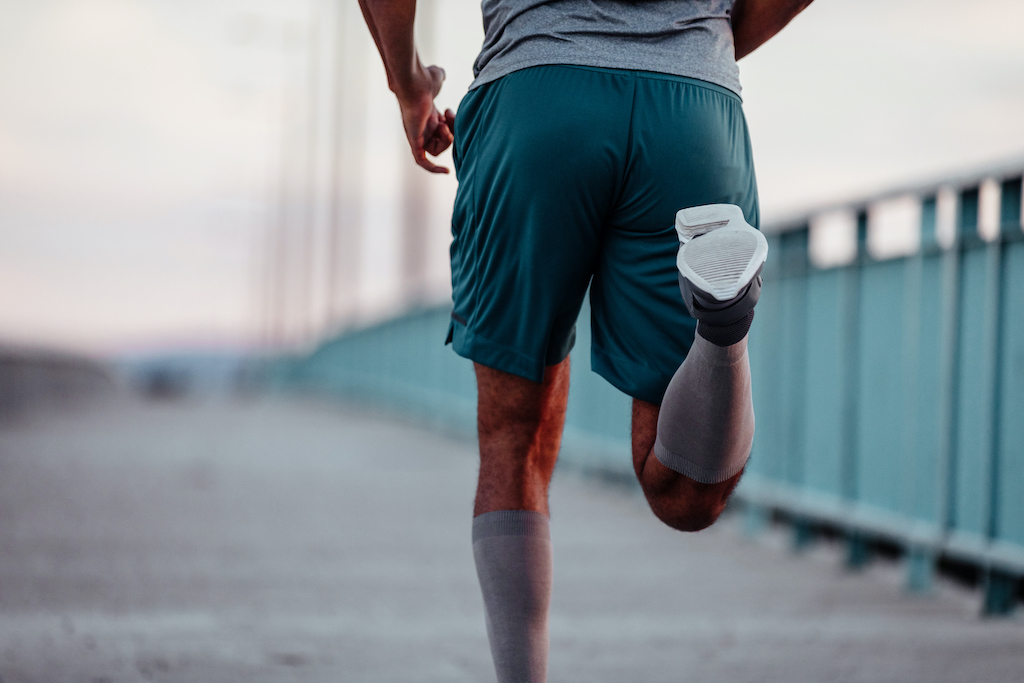 Although running is a high-impact sport, recent research has revealed that it’s beneficial to joint and bone health. Studies among middle-aged runners at University College London and Bart’s Heart Centre found that training for and running a marathon improves knee strength.

A 2019 study published in the Journal of Exercise Rehabilitation also showed that in healthy people, bones respond to stress by reforming, rather than weakening.

Calorific burn will vary from one runner to the next, but coupled with the right diet and resistance training running can contribute significantly to weight management. One study, involving over 32,000 runners and over 15,000 walkers, found that when followed up for 6.2 years the runners lost significantly more weight than walkers.

And if you take things up a notch, high-intensity running produces an afterburn effect, whereby the body continues to burn through calories during the recovery period.

Feeding your brain with oxygen from a run may do more to fend off the onset of dementia than following sitting down to do a crossword or mind puzzle, say researchers from King’s College London.

A growing body of evidence demonstrates that cardiovascular exercise is a much better way to protect the brain from dementia than exercising it with Sudoku or brain-training games.

Taking the opportunity to run in the woods, countryside or urban green spaces is the perfect tonic for cluttered minds. A Finnish study reported in the Journal of Environmental Psychology found that the more time people spent running in the great outdoors, the more positive their results during psychological stress tests were.