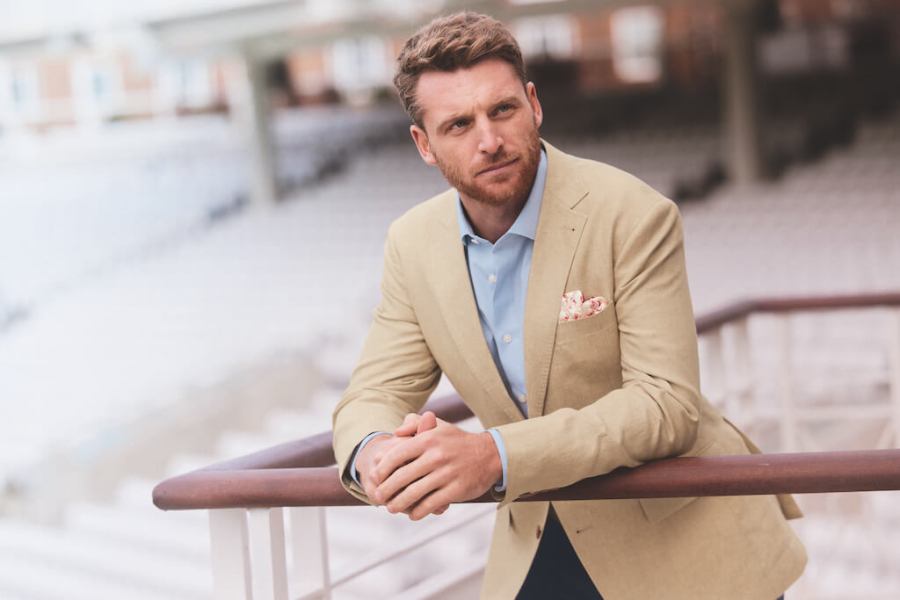 Life is good for Jos Buttler, captain of the England One Day International and Twenty20 International teams, and widely considered to be among the best white-ball batsmen of all time.

Off the pitch life is good, too. The father of two, currently plying his county trade at Lancashire, has also struck up a new partnership with menswear brand Charles Tyrwhitt.

“Having the Charles Tyrwhitt people to turn to,” he says, “and know that whatever the occasion – whether it’s smart, casual or very formal – they can help me look the part, is great.”

Though the tailors will have their work cut out for them. Jos Buttler has been working in the gym to maintain his strength and conditioning in preparation for a summer that brings many changes on the international front especially.

“Fitness has become an incredibly prevalent part of cricket,” he says. “As the game has got ever more professional, players are looking for new ways of improving – there’s that constant desire to get better.”

Buttler is keen to point out that while, to the untrained eye, cricket can look like a lot of standing around in the field all day, it has its own unique set of physical demands.

“All the movements in cricket are very dynamic and explosive,” he says.

“A lot of the training I do off the pitch and away from the nets is designed to prepare for that. I do a lot of ‘French contrast’ training with the strength and conditioning team to build power and speed – that can be heavy squats, then something with a plyometric jump at the end.

“Being a wicketkeeper, too, those explosive jump movements are part and parcel of the game.

“Personally, I think there’s a huge link between mental state and physical fitness. When I’m disciplined with my training in the gym, I feel like it has a really positive effect on my focus and mental wellbeing.” 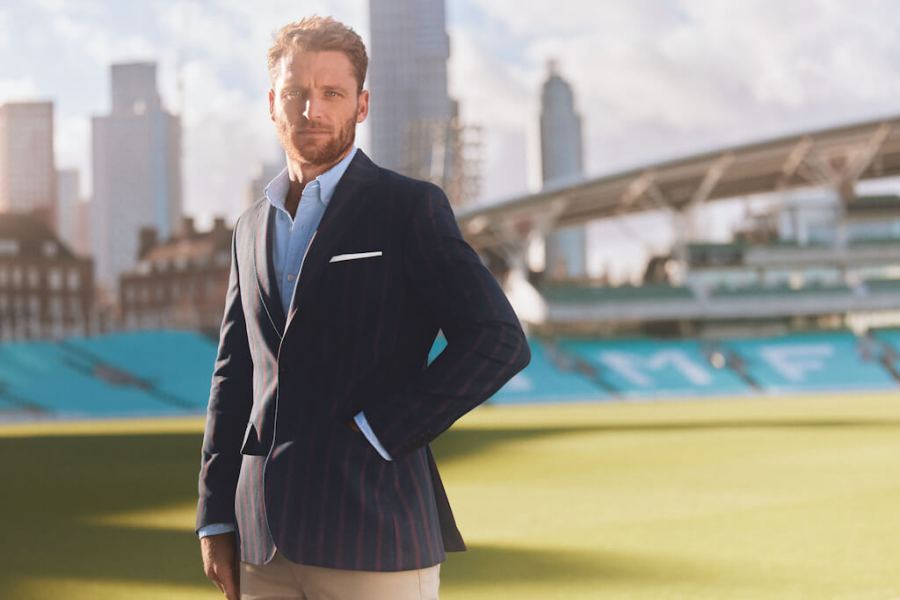 Along with the specialist wicketkeeping sessions he does, Buttler hones his batting technique with gym work.

“There are a lot of rotational elements to cricket,” he says, “so I’ll do plenty of cable machine-based rotation work like wood chops and twists.

Plus, the French contrast work adds to my power with the bat. It involves a lot of medicine ball throws, requiring really explosive effort.

“And with the rise of Twenty20 cricket, you’re seeing a lot more of the baseball-type swings as we aim to clear the rope and clock up sixes. We’re doing sets of triple extensions and rotation movements as a result.”

When it comes to mental focus, retaining concentration levels and blocking out the sledging when he’s at the wicket, Buttler has also worked on training his mind.

“I had some good conversations with a psychologist I met when I was in India,” he says, “on how to achieve the outcomes you want from the game.

“Why is it that for some players it’s their day, every day? It can’t just be because they’re technically better – they must be doing something different, mentally. 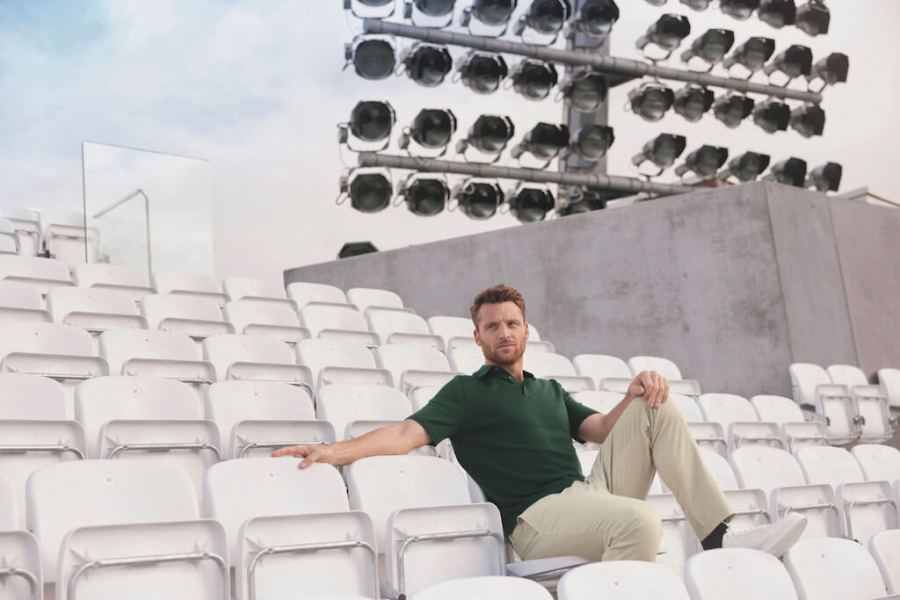 So Buttler devoted time to working on his mental resilience:

“I looked at how I get myself in the zone. It’s not something that happens by chance, you can actually have some sort of control over that.

“The work I do now involves a lot of closed-eye technique and plenty of visualisation.

“I also started using some guided meditation apps during the pandemic, stuff like Headspace and one called Breathwrk to help balance things out.

“Whether it’s actual scientific effect that’s happening or just a placebo I can’t say, but I do know it works.”

His fine form and improvements to mind and body mean Jos Buttler is in optimistic mood about the changes at the top of the national cricket team, too.

“As a fan of England, I’m excited to have Brendon McCullum as the test coach of England,” he says, “and of course we all know about Ben Stokes, the aura he has and the way he will lead from the front.

“I’m really excited to see how they develop the team, I think there’s so much potential that they can unlock, so whatever happens with my own situation, I’ll be watching closely.”

Smartly turned out in the process, no doubt.

The collection is available now online at charlestyrwhitt.com and at selected stores across the UK 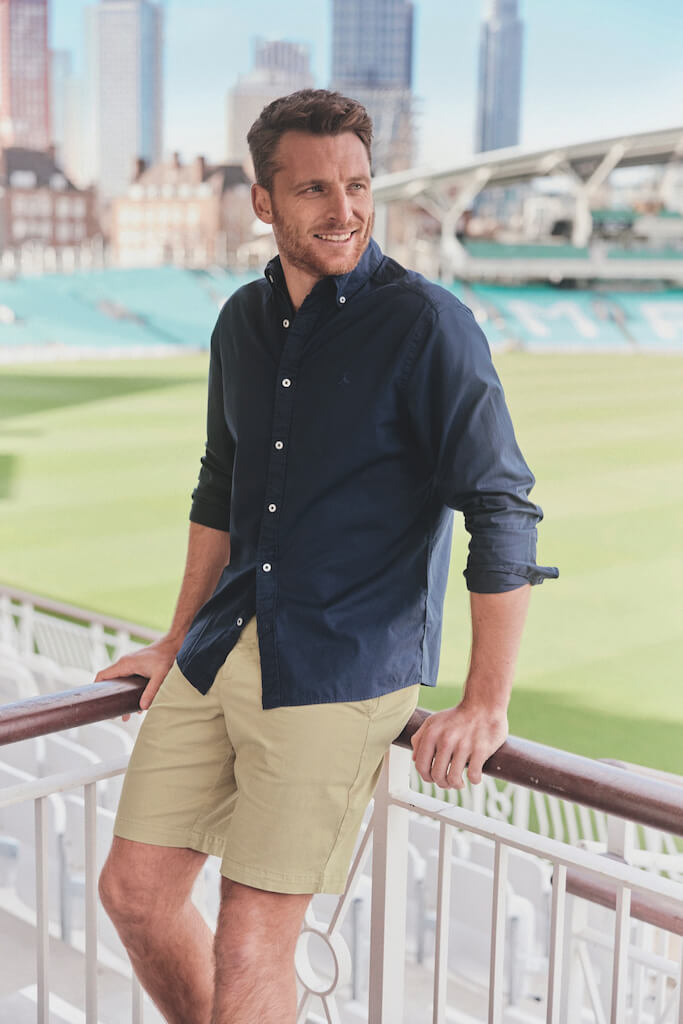