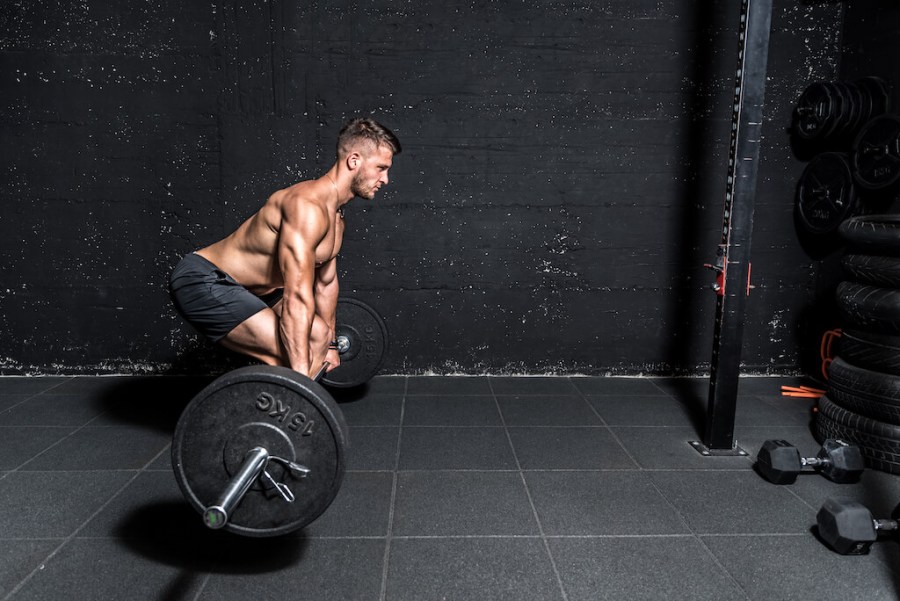 Never mind the advances in science and cutting-edge fitness thinking; sometimes you’ll find the best advice has been around for some time. Thousands of years, in fact.

Varying the intensity of training over a series of cycles to avoid a plateau, known as ‘periodisation’, became popular in the 20th century, but it was the Ancient Greeks who first realised the benefits.

Legend says the strongman Milo of Croton used a calf as his training tool of choice. As the young cow grew, the weight he had to lift increased.

Periodisation may be well established, but that doesn’t mean it’s common knowledge in every weights room. One of the most common mistakes made in the pursuit of new muscle is doing the same thing week in, week out.

If you keep doing the same thing, eventually you’ll stop improving. But if you increase the load you’re lifting, you’ll gain muscular size and strength.

This phenomenon, known as ‘general adaptation syndrome’, is something periodisation seeks to exploit. And the key is to incrementally increase the amount of weight you lift for a given exercise – while performing the same number of sets and reps at the same tempo.

A good starting point is to add 2.5% each session on upper-body moves, and 5% for lower-body lifts.

So, if you use realistic load increases and well-timed rest weeks you can keep getting bigger and stronger, right? Not quite.

It was just as well for old Milo that eventually his cow stopped growing. That’s because progression isn’t linear and you can’t keep adding 2.5% or 5% to your lifts every week indefinitely.

There’s only so much your body can do. You’ll experience a steep improvement curve to start off with and that will slow to incremental changes. It’s important to realise that the longer you train, the harder it is to progress.

It may become increasingly challenging to get bigger and stronger once you’ve been training for years, even if you do use periodisation. But without using periodisation, it’s virtually impossible.

A key part of periodisation is keeping a training log to track your progress.

Another important aspect of periodisation is taking rest or recovery weeks. You can use the same workouts for four to six weeks, improving week on week, but after that you may find you’re unable to push on, so it’s a good idea to either take a whole week off, or a week of active recovery – with half the volume you would usually do.

How to periodise your strength training

1. Structure your periodisation programme according to your goal. If you want strength and hypertrophy, keep sets and reps the same but increase the weight.

2. Don’t increase the load you lift each week by more than 2.5% for upper-body moves and 5% for lower-body exercises.

3. Include a rest week at the end of each cycle of weekly load increases. Cycles can last between two and 12 weeks, but four to six is likely to give the best results.

4. Vary the load you lift within a short amount of time. Known as a ‘microcycle’, this will increase your chances of muscle growth. 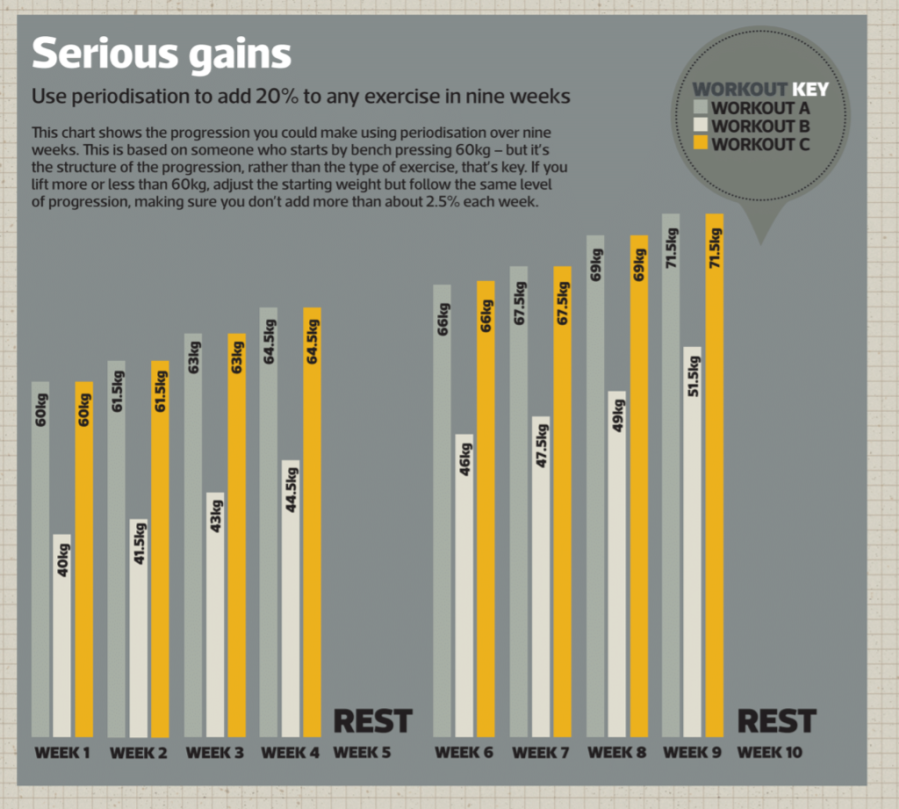