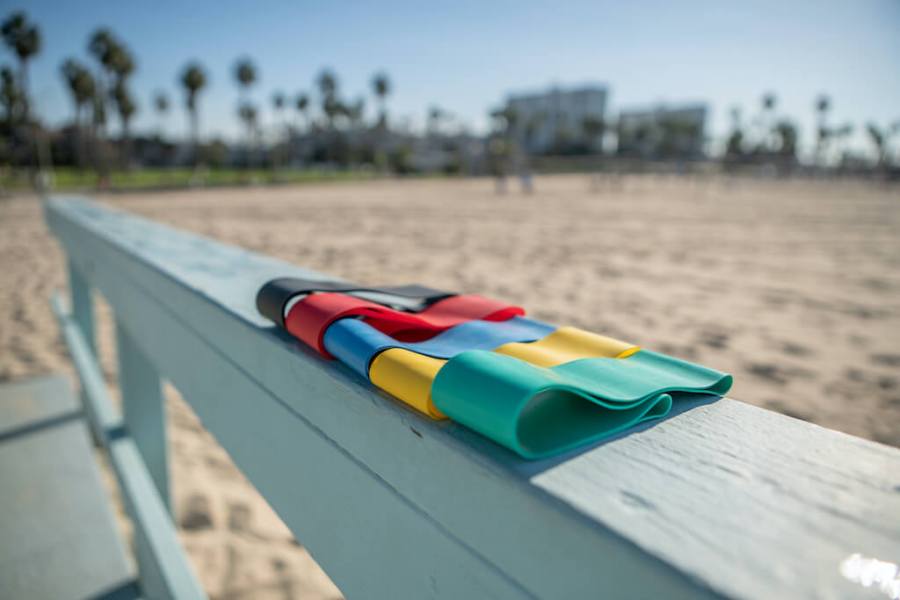 Resistance bands offer one of the most effective ways to get a workout in anywhere, anytime.

Banded workouts like this one can give your body a much-needed break from weights, while targeting the muscles in a unique way.

Unlike free weights (which should still be an integral part of any workout plan) bands provide progressive resistance, meaning the weight increases during the concentric portion of the move, forcing the muscles to grow and adapt.

Incorporate this workout when you’re on the go, or whenever you need to switch things up.

“Bands are versatile and portable,” says the man who put this session together, Parker Cote. “I find them to be great for maintenance when you don’t have time to get to the gym or you’re on the road – you can use them literally anywhere.” 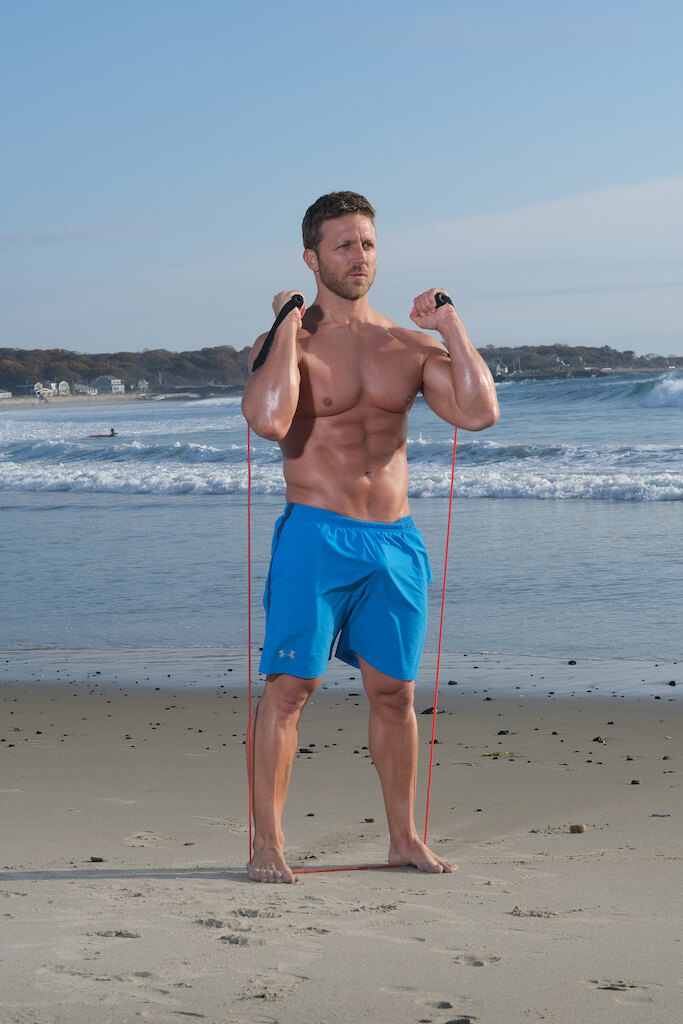 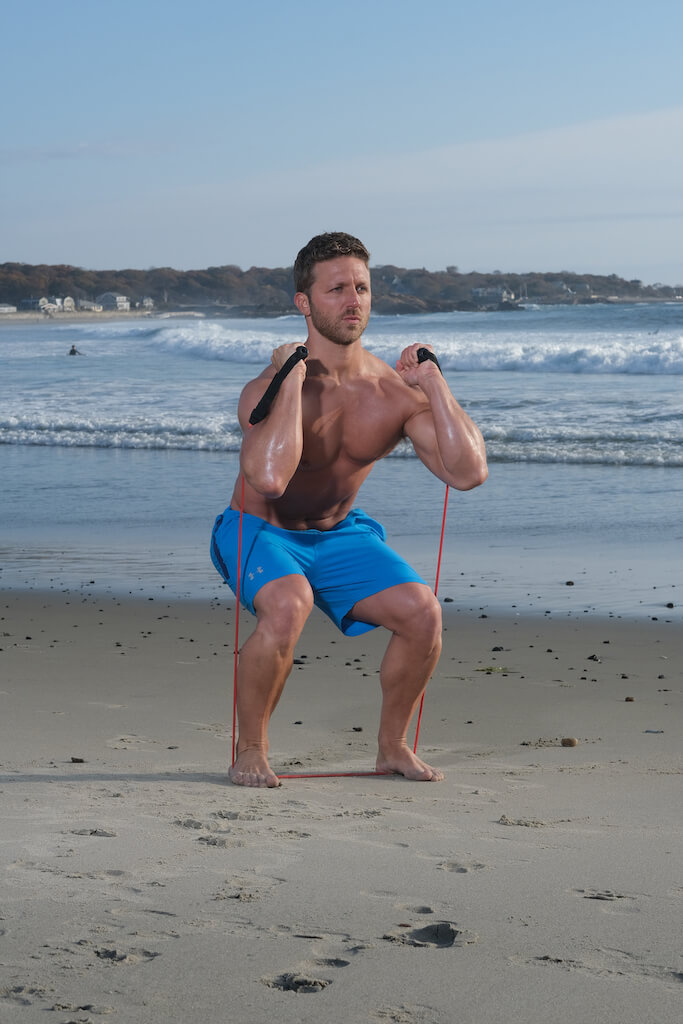 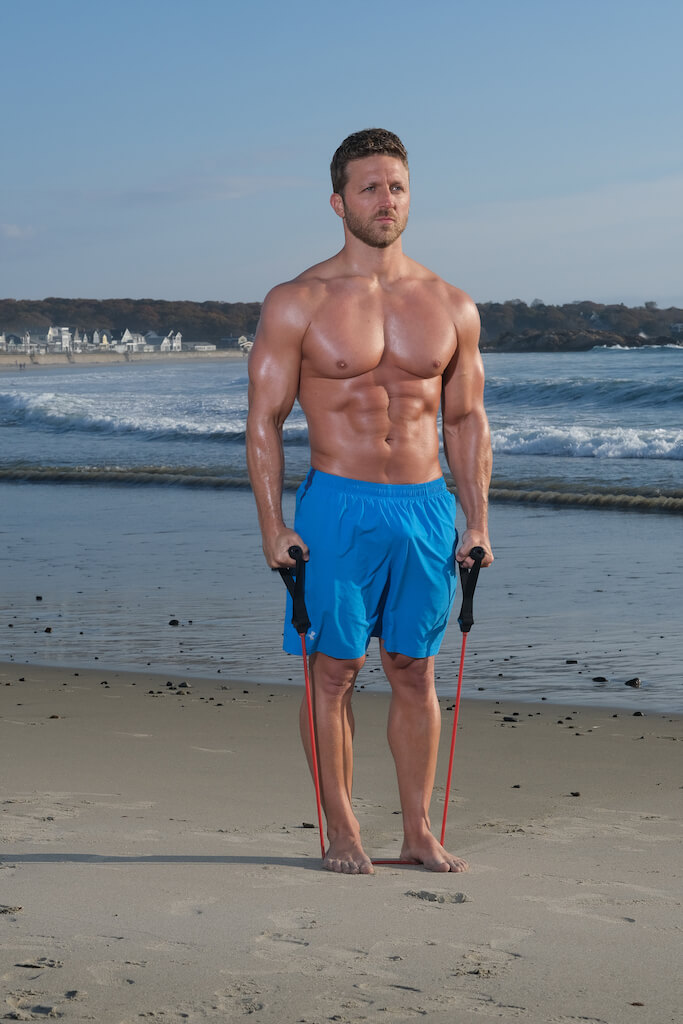 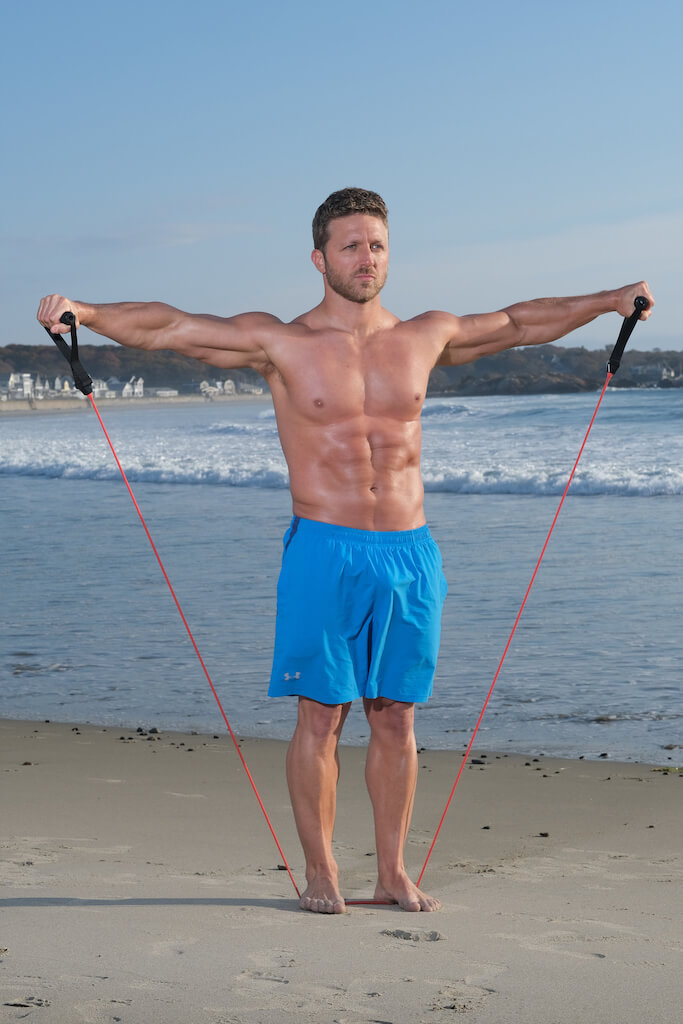 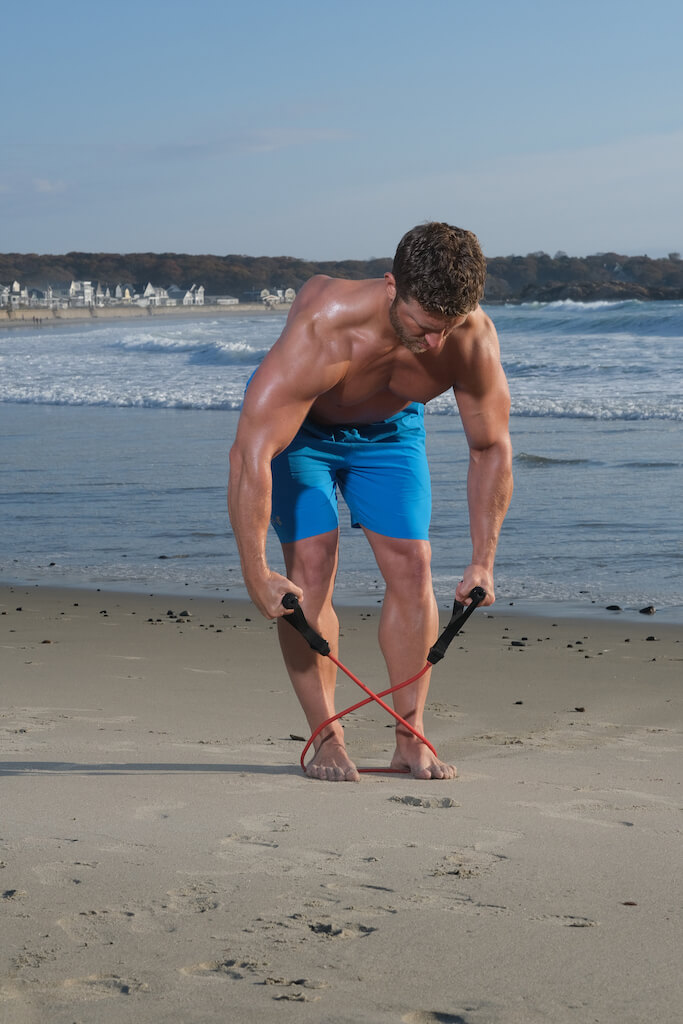 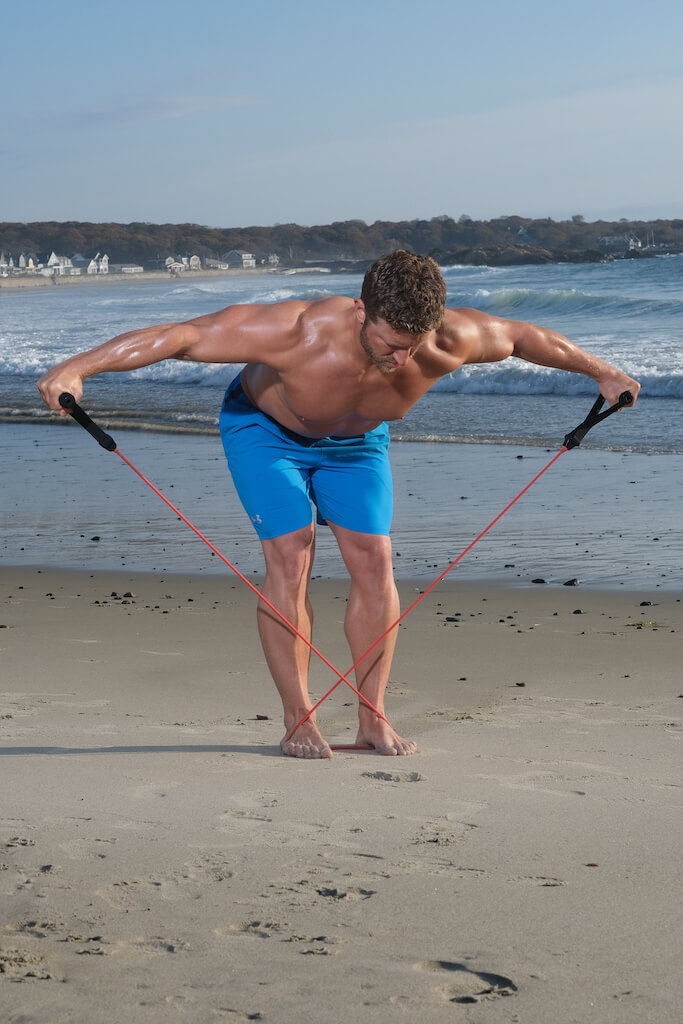 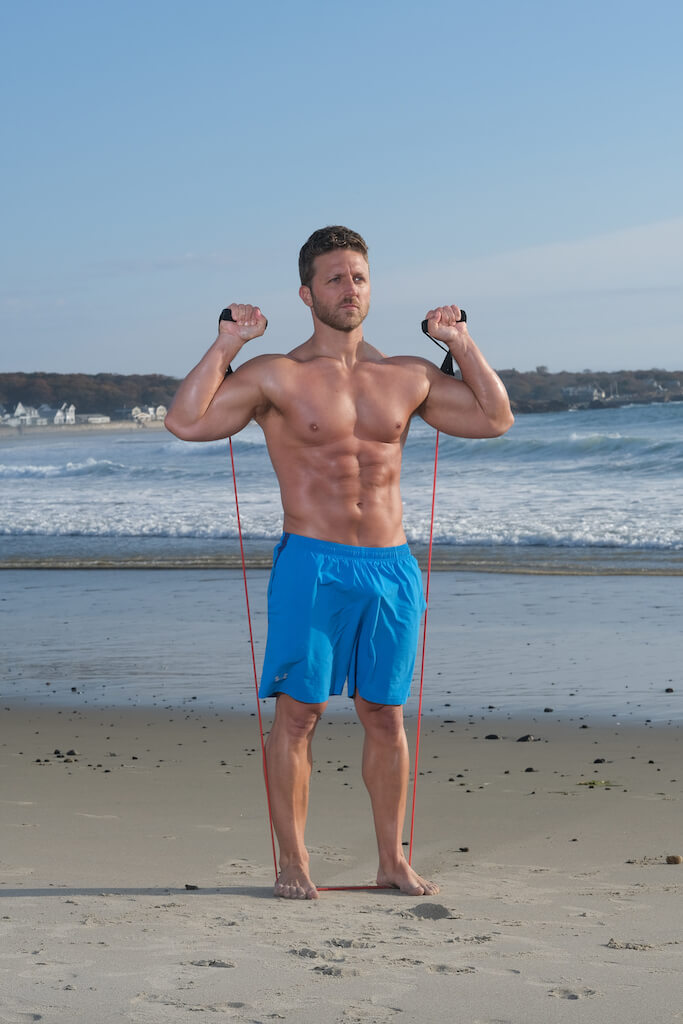 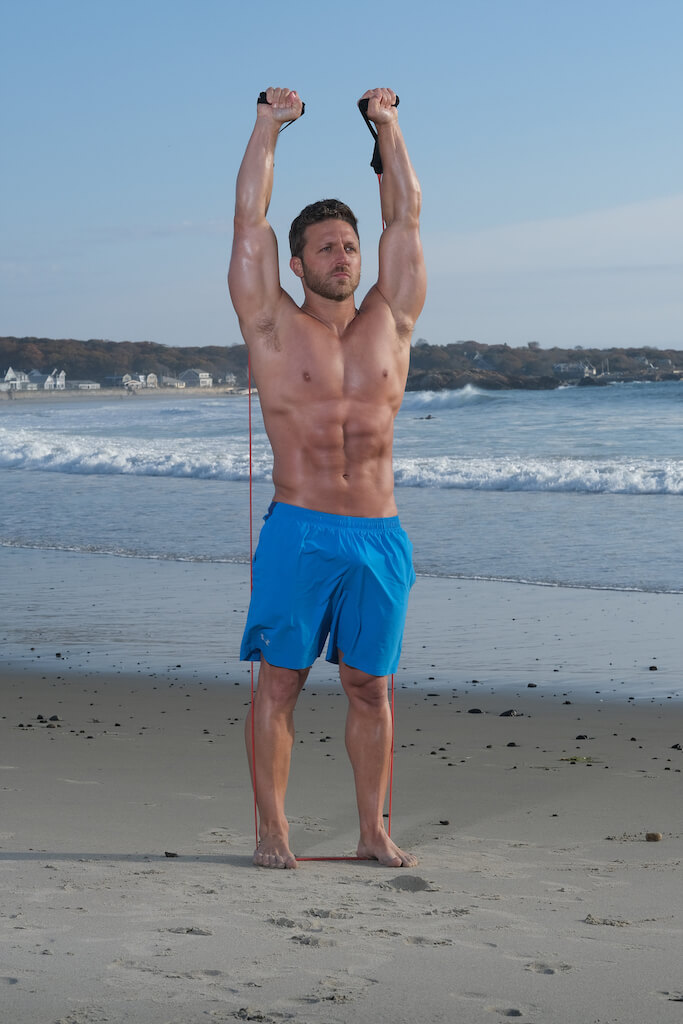 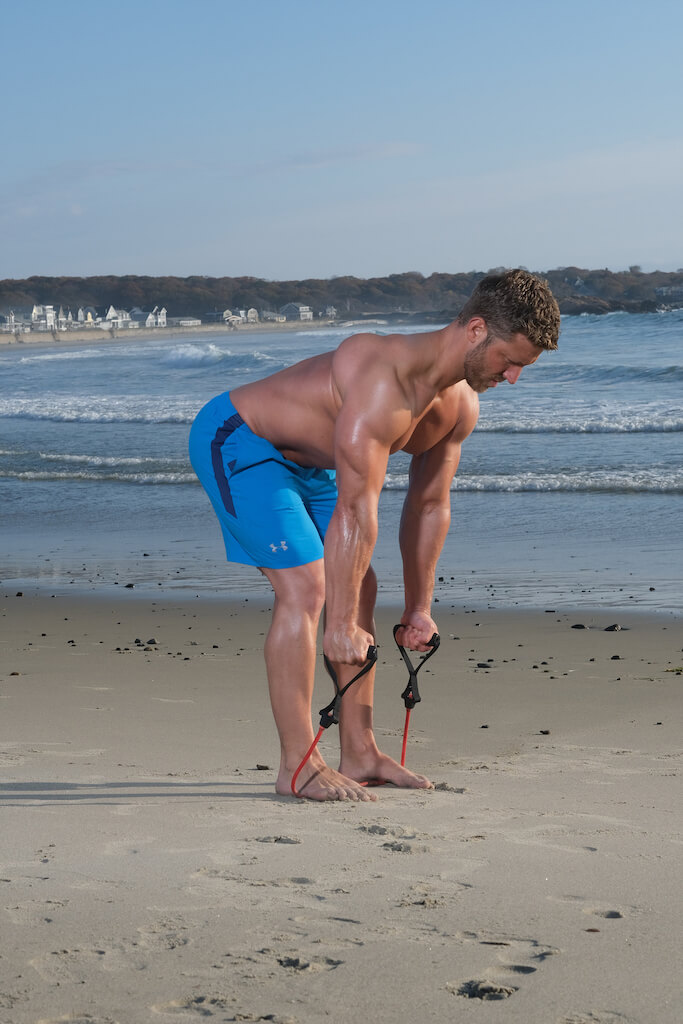 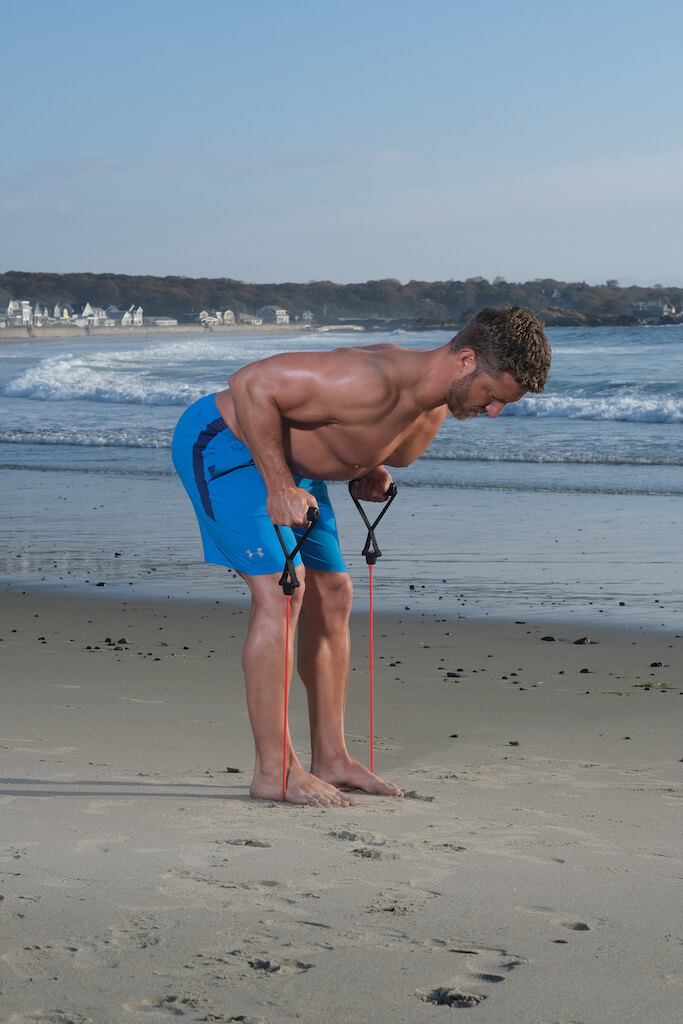 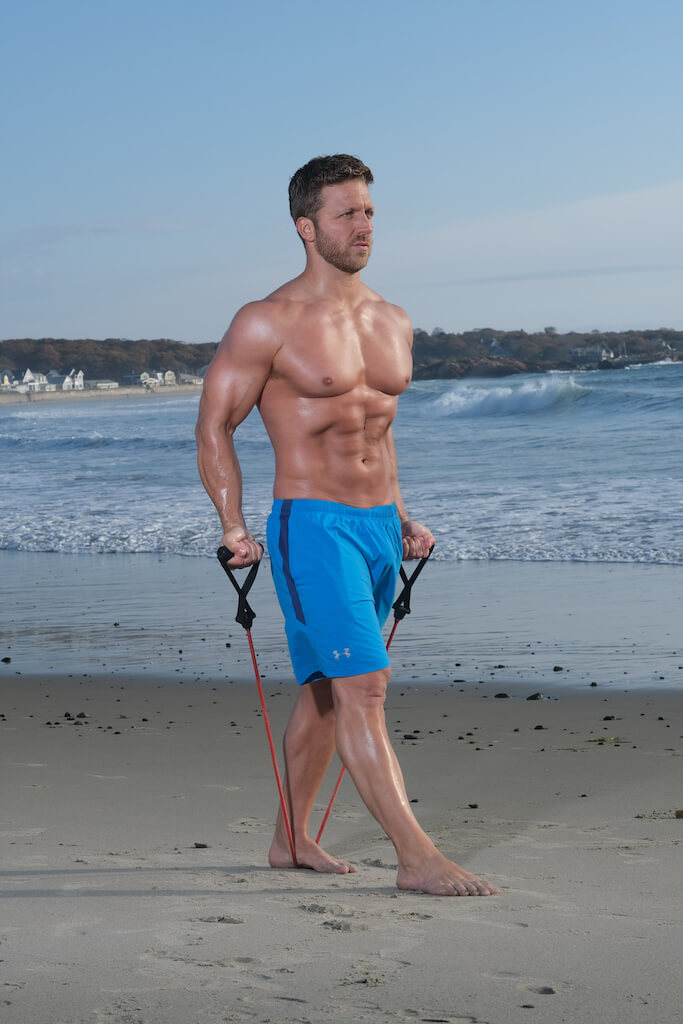 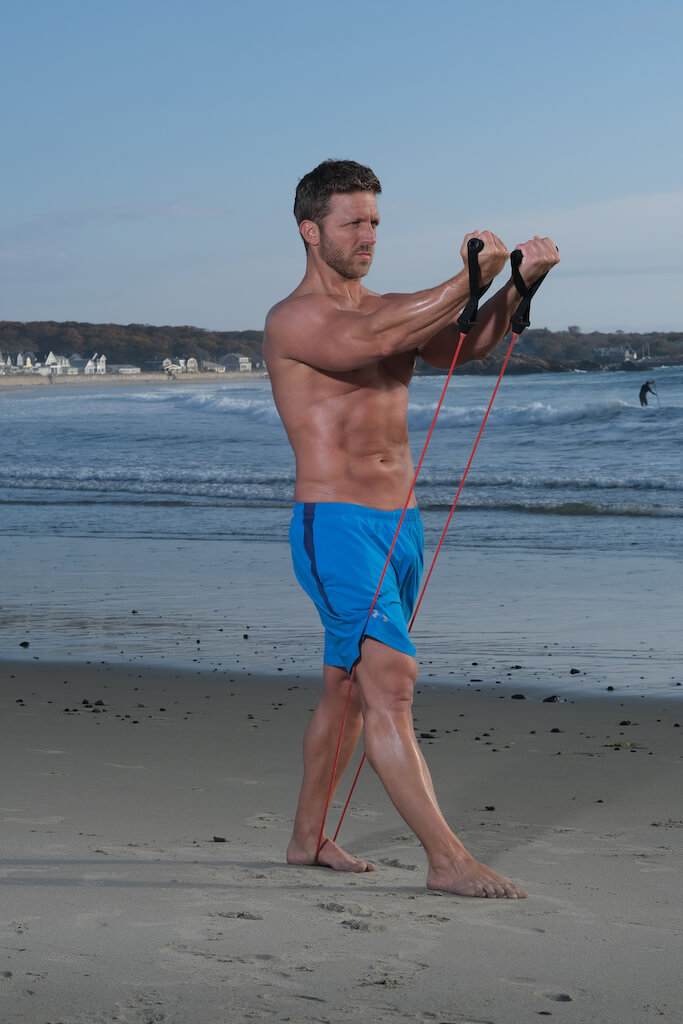 4b. Band Low to High 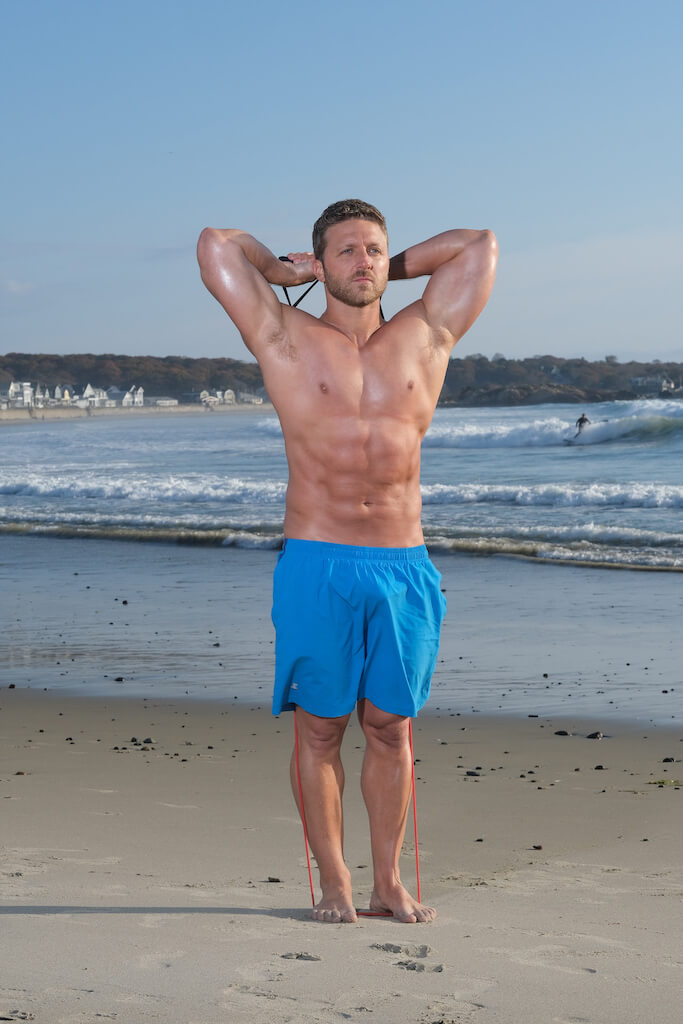 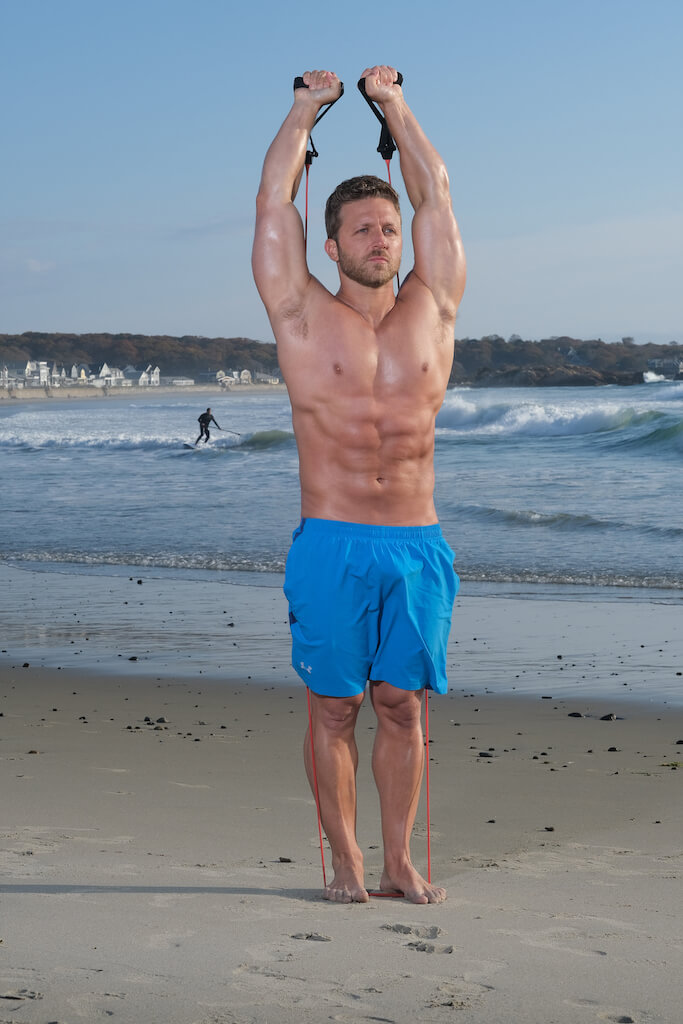