Yet of them all, one particular argument has been raging since the day man first picked up a dumbbell. Weighted workouts or bodyweight sessions: which is better?

With the last year’s lockdown-enforced gym closures, the question has become much more than a hypothetical. Those who train have been forced to ask not just whether weight training can trump the bodyweight equivalent, but whether the latter can ever replace the former without all your well-gotten muscle gains turning to dust.

Finding a scientific answer is difficult. But if you wanted one, trying each method out on a pair of identical twins would be a good way to find it.

That’s why, when lockdown hit, twins Ross and Hugo Turner turned their minds to answering that elusive question once and for all.

Can you achieve the same results with bodyweight training as you would using weights in a gym? 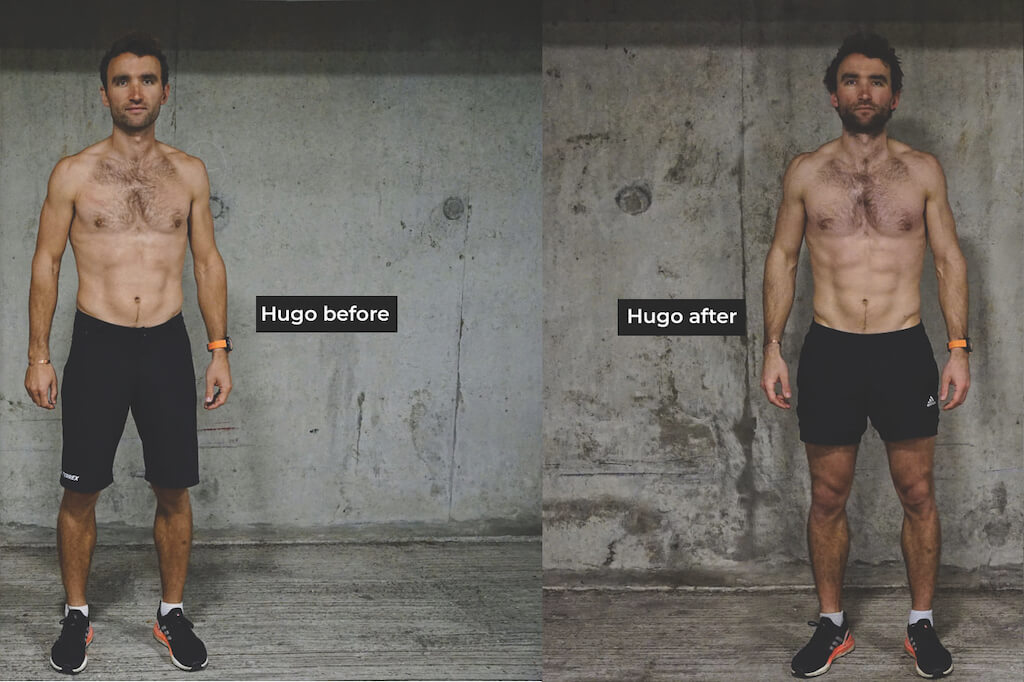 The Turner Twins are no strangers to an endurance challenge. As professional adventurers, they’ve summited Mount Elbrus, cycled the Andes and rowed across the Atlantic Ocean.

Much like all of their expeditions, answering the bodyweight question was going to take some serious planning – starting with parallel 12-week plans set by ex-PT Ross.

“We did the same lifts and movements, but one was weighted and one was unweighted,” Ross explains. “Then we stuck to roughly the same reps, using very similar movements where we could.”

Hugo’s workouts were centred on compound moves like deadlifts, back squats and dumbbell chest presses, while Ross focused on dynamic bodyweight exercises like press-ups, pull-ups, lunges and jumps. “If Hugo was deadlifting 12 reps, I was doing glute bridges for 12 reps,” adds Ross.

In this manner, the twins hit up Virgin Active and trained in tandem for five days a week, every week, for 12 weeks. Outside of their workouts, they kept everything identical – including their nutrition, with meals provided by Mindful Chef, and supplements courtesy of Vivo Life.

Then, at the end of their programmes, the twins took each other on in a comprehensive strength and conditioning test, encompassing everything from bodyweight moves, to compound lifts, to VO2 submaximal tests.

Some of the results were expected. But much of what the Turner twins found out would transform the way they thought about training – and might just do the same for you. 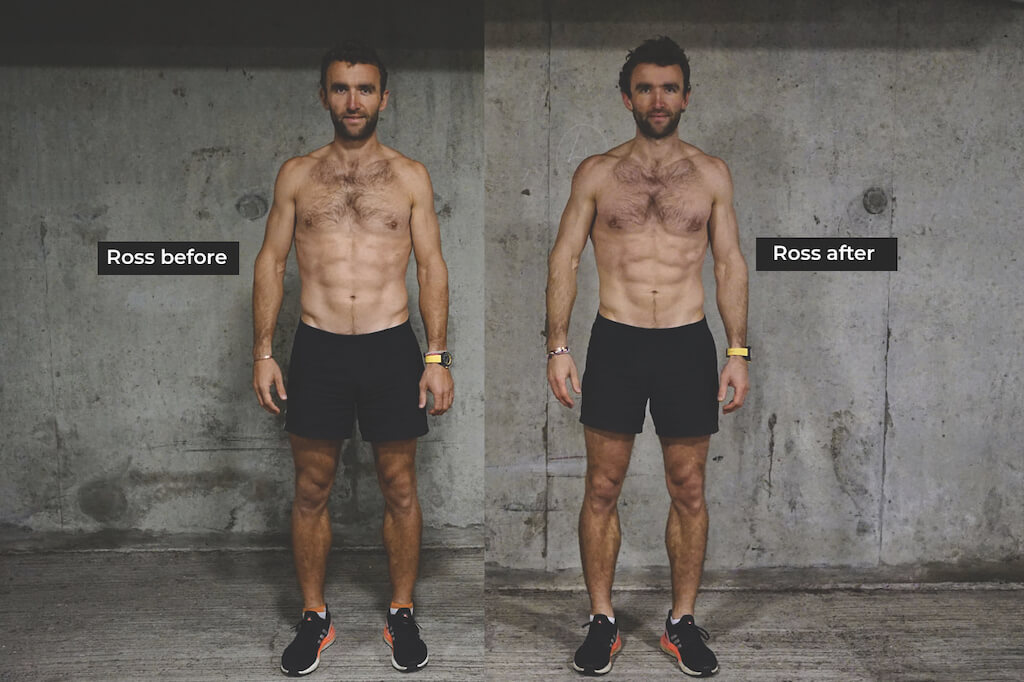 Perhaps the least surprising outcome: lifting weights builds muscle. Not only did Hugo look visibly stronger at the end of 12 weeks, but he found himself the heaviest he’d been in ten years, at over 87kg. He also smashed every one of his PBs – including the bodyweight tests.

“I didn’t do press-ups throughout the duration of the training programme,” he says. “Yet when it came to doing press-ups at the end, I’d increased my performance by 150 per cent.”

Likewise, Hugo’s pull-up capability went up by 185 per cent through weighted gym work alone. “That was genuinely a surprise for me,” he says. “Weighted training really does aid non-weighted body movement.”

According to Richard Tidmarsh, strength and conditioning coach, and owner of Reach Fitness London, huge gains like this are part and parcel of a weighted training programme.

“If you’re adding weight, you’re progressively overloading your system to continuously create stimulus,” he says. And while it’s the weights that build the muscle, it’s not just on the squat rack or smith machine where you’ll see the results.

“That’s the nice part about lifting weights,” Tidmarsh says. “You get yourself strong, so that when you haven’t got weights you feel light.” 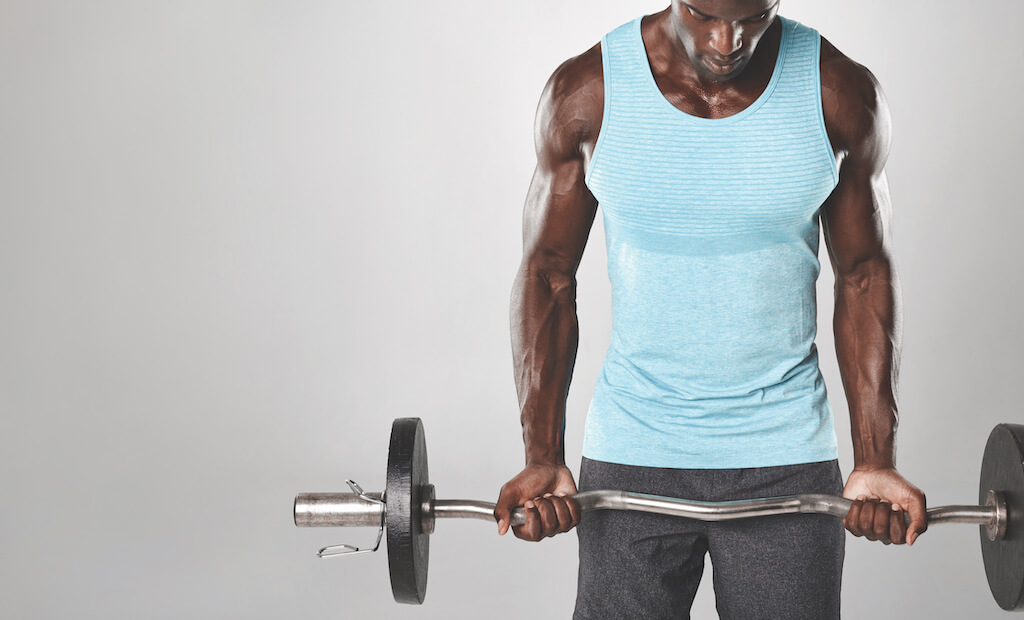 The trouble with too much weight training

Yet while Hugo outperformed Ross on most of the key metrics, his gains did come at a price. Not only did his VO2 max suffer the cost of lugging around all that extra muscle, but he found himself suffering from a familiar set of aches and pains.

“I still have a very sore lower back, and my flexibility is dreadful,” he says. “I think because I’d increased my gym training, I should probably have increased the amount of time I focused on my flexibility and movement.”

For Tidmarsh, Hugo’s DOMS and discomfort come as no surprise. “Someone moving into their early thirties, doing that many weights workouts a week, is probably going to spend most of the time being pretty damn sore,” he says.

“All training creates inflammation, but with weights training, you’ve got that extra pressure. If you’re doing that every day, it gives your joints very limited time to recover.”

Tidmarsh therefore questions the longevity of such intensive weights programmes. “Even if you want a decent set of pecs and biceps, you still want to be a functional human being at the end of it,” he says.

“Sore, damaged joints, inflammation, tendonitis – that’s all tip of the iceberg stuff if you neglect the necessary extras,” Tidmarsh adds.

The strength and mobility benefits of bodyweight training

While Hugo was packing on movie-star muscle, Ross was making slow but steady bodyweight gains of his own – and noticing just as drastic a transformation in how he felt.

“I instantly felt the short-term goals of being a little bit more flexible,” he says, “having less pain in the lower back and a better posture. I was very much pain-free for the last two of the three months. I felt leaner, my flexibility improved hugely, and I felt far more physically fit.”

While the higher numbers might have belonged to Hugo, some of Ross’s gains in terms of strength and power were astounding. He increased his bench press from 60kg to 100kg, and his deadlift from 90kg to 120kg, despite having spent three months not lifting a single weight.

It figures: a 2018 study by the Journal of Strength and Conditioning Research pitted a press-up regime against a bench-press programme in 23 men for four weeks, and found no difference in strength gain between the two groups at the end of the training.

“Your body is still a resistance,” Tidmarsh explains. The key, he says, is in knowing what to do with it: creating that equipment-free stimulus through the likes of time under tension, progressive overload and gymnastic holds.

Tidmarsh points to gymnasts as a shining example of how to maintain, and gain, a good physique by using bodyweight alone.

“These are your strongest guys out there in all your ratios, particularly in their upper bodies,” he says. “If you told me I could either do a 100kg bench press repeatedly, or I could do an iron cross, I know which one I’d pick.” 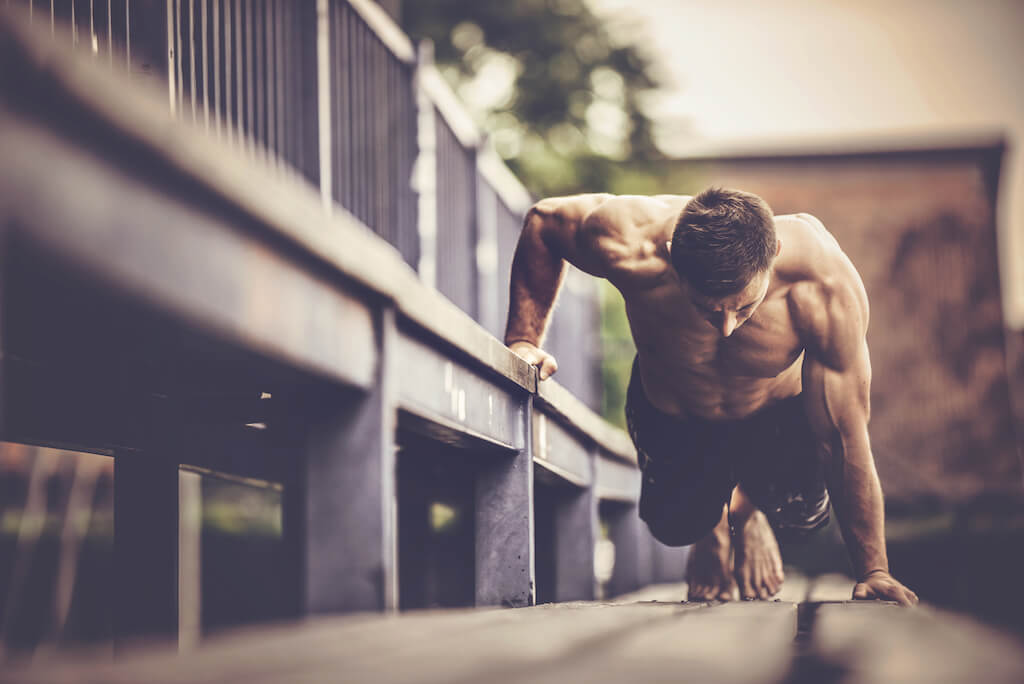 But if you want to stay injury-free and functionally fit, a degree of bodyweight training is a must

In any training plan, avoiding the dreaded plateau is top of the agenda. “Because it was only a 12-week programme, there was enough variety in there to keep things spicy,” Ross explains. “But outside of the comparison, I think I’d have to start changing reps, sets, all of that stuff, to avoid a plateau.”

According to Tidmarsh, the key to avoiding the rut is research. “Going into a gym and seeing the weights and the cable machines is almost like ‘follow the yellow brick road’,” he says. “Whereas for bodyweight training, you need more knowledge, more imagination and potentially – to get the results – a little bit longer on the journey.”

For Ross, that lack of a ‘yellow brick road’ made motivation more difficult. Still, using simple bodyweight moves alone, he managed to gain serious muscle and smash every one of his PBs.

“If you’re looking for efficiency, heading to the gym and lifting weights definitely elicits a greater response from your body,” he says. “But I think what we’ve proved is that just using your body is actually very effective at improving general health, mobility, strength and power.”

Tidmarsh had seen his own training shift towards bodyweight long before the pandemic began. His normal programme includes three to four yoga, gymnastic or bodyweight sessions per week, only executing the “big, powerful” weights exercises like deadlifts once every ten or so days.

But his deadlift has suffered, right? “No,” he laughs. “Over years of me doing more bodyweight and more yoga, my weights have always been at a solid baseline number – and have even grown.”

Both Ross and Hugo’s results are heartening for those who can’t get to the weights room for the foreseeable future. So, how can you capitalise on the twins’ findings while gyms are closed?

“When you’re doing anything at home, you want to look at creating really interesting couplets and giant sets to create stimulus,” Tidmarsh says.

“For example, you might start off with eight plyometric jump squats, going straight into eight more squats with a three-second negative. Then you might go into ten normal-paced reverse lunges, then drop yourself into a hollow hold while your legs are recovering.”

Both Tidmarsh and the Turner twins advocate a mixed approach to get the most out of your own fitness. “When you’re doing bodyweight training, your connective tissue is super strong,” Tidmarsh says. “So that movement and mobility work almost gives you the right to do the big compound movements.”

Despite his big muscle gains with weights, Hugo concurs – and already has plans to adapt the twins’ training to aid their general fitness.

“I honestly think we should look at doing a few sessions a week where it’s only bodyweight,” he says. “Long-term, our bodies are going to feel much better for it.” 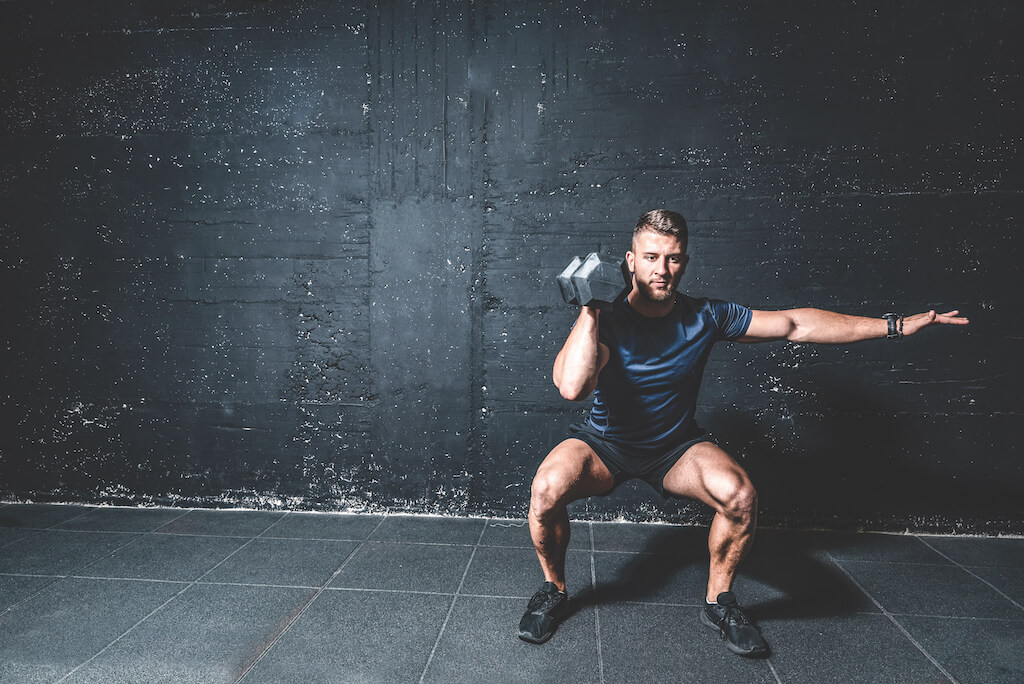 (This is a one-hour session, split into three 20-minute sections.)

“Make yourself a better athlete via movement and mobility training,” says Tidmarsh, “working the key joints with yoga postures and free-flowing movements. All the things I call a ‘buy-in’ to the workout, to get your body prepared.”

“For your weights work, stick to your bigger compound movements, done well. Deadlift, front squat options, and potentially your big pushes and pulls, such as overhead push-presses and bent-over rows.”

“Spend the final 20 minutes creating that stimulus using your bodyweight, with different tension methods. Negative press-ups, into some kind of pull-up or TRX suspension training option – or L-sits if you’re at home.”