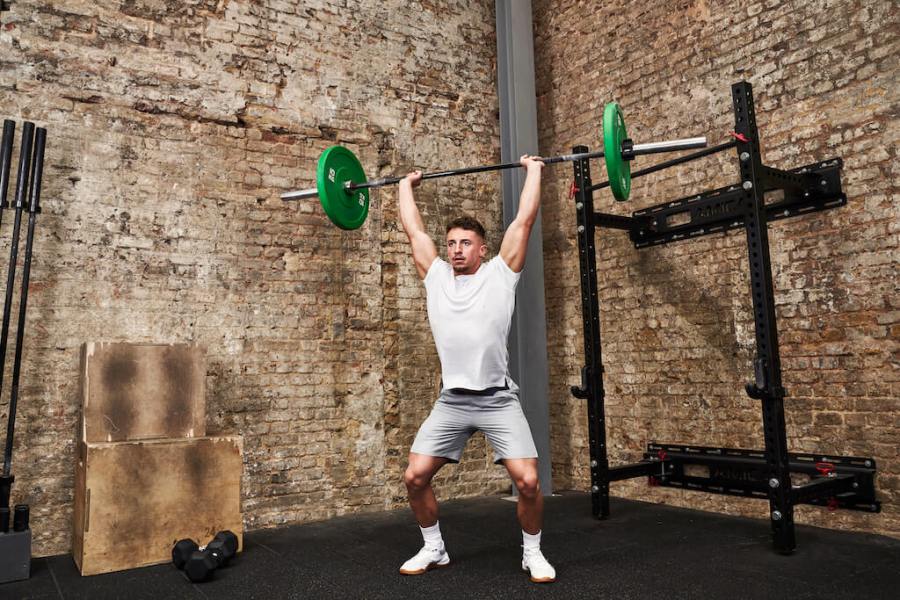 At 24, PUMA and CrossFit athlete Sam Stewart can lay claim to being the Fittest Man in Ireland, having won the national competition in 2021.

That victory catapulted him into last year’s CrossFit Games, becoming the only man in Ireland to gain entry to the world’s premier CrossFit competition.

Here he talks favourite WODs, finding a way into the sport, and how beginners can follow suit…

I found CrossFit when I was in secondary school, thanks to a man who was extremely overqualified just to be called a PE teacher. He was an excellent strength and conditioning coach who had produced serious athletes throughout the years. He got me to join an after-school CrossFit club. I already had an interest in fitness because I was doing kung fu and Chinese kickboxing, but it was all cultivated in an after-school setting.

It was a tough introduction – but justifiably. If you were a kid who wanted to be physically active – which I was – he was all for it. He would go out of his way to help you develop as an athlete. Back then, because we were younger, it was less of the Olympic lifting kind of weights work and more bodyweight stuff with some running, kettlebells and medicine ball sessions. Hard, but ideal for developing a growing body.

Towards my last year of school, I was thinking, OK well, and I don’t want to get hit in the head too much as I’m doing exams, so it’s time to drop the martial arts! At the age of 17 you’re starting to see your body develop and by then the weightlifting started to come more naturally.

It’s special when you’re at a CrossFit Games, and you look out into the crowd and see that almost all the fans in the crowd are CrossFitters themselves. It’s really made up of people who train for CrossFit. I think there’s a great connection with us, through a shared suffering. Everyone goes through these workouts together. And that has built a camaraderie and community among fans that appeals to newcomers.

The key is to be consistent, don’t fall into the trap of seeing the new flavour of the month exercise, and don’t constantly swap between different programmes. Find a respected programme, with a solid coaching methodology, and stick with it for the long haul. If you want to actually see results, you’ve got to be training consistently.

There are two types of CrossFitter: those who do this for health, so that when they’re an old person they’re more capable than someone who’s sat on their arse for 50 years; and then there’s the type doing it for sports, out to compete. Depending on your individual goals, the style of training might change, but what shouldn’t change between those two is that you need to be consistent with your training. That’s the secret to achieving your goals.

Just as important as all that cool stuff you do in the gym, is what you fuel your body with. What you do to recover. Your attention to stretching properly and ensuring you’re getting plenty of sleep. You can do all the CrossFit gym work in the world, but if your diet mainly consists of ice cream and you sleep two hours a night, you’re not going to be a good athlete.

I train hard five days a week, but look to have Thursdays and Sundays as complete rest days. In the build-up to a major event I’ll up the intensity, but when that competition is over I’ll take a whole week out and let my hair down. You have to reward yourself and refresh your appetite for training.

My diet is very different to a bodybuilder, who might be trying to lose body fat to be extremely lean on a certain date. I consume a lot more carbohydrates, as I’m training at high intensities and at different loads. I could be running, lifting, or walking on my hands, and I need to have enough calories in my system so that I don’t crash halfway through the day.

Getting into CrossFit can be daunting, especially when you see the Netflix documentaries and you’re seeing the top 0.0001% of athletes in the world. But what’s cool about CrossFit is that there’s always a scalable level. You see these guys doing an Olympic lifter snatch and they’re lifting, say, 125 kilos. There’s no reason why you can’t get the same development from an empty barbell or a broomstick to start with.

You can’t jump the gun: you have to be willing to take a few steps back to take massive leaps forward. Get your technique right, be consistent in your training and who knows where you’ll end up.

My favourite exercise is either the squat snatch or ring muscle-up – those are two pretty sexy movements. The most demanding drill, I think, is a wall ball, which is basically squatting down and throwing a medicine ball up at a target. It’s very repetitive and you spend most of the time staring at the wall from just a foot away. It can be a killer.

As for WODs, ‘Fran’ is my favourite: