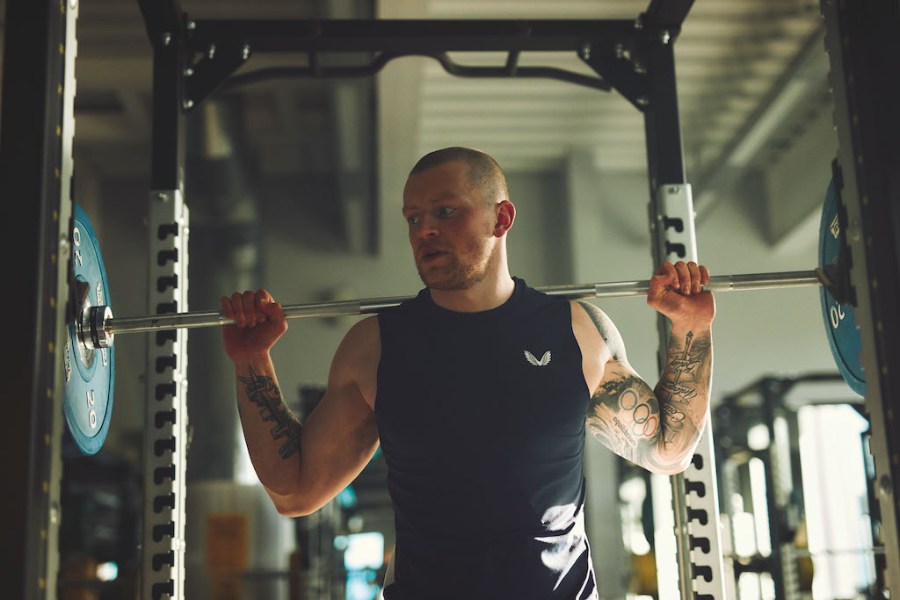 Think ‘athlete’ and there’s a good chance you also think ‘swimmer’. Because in terms of raw physical fitness – coupled with invariably high-def physiques – the pros who live life in the fast lane are a cut above just about everyone else.

No man typifies that more than Adam Peaty. Weighing in at 95kg of pure muscle, the only thing more impressive than his rig is his career CV – demonstrated by household name status in a sport only widely televised once every four years.

Peaty first made a splash outside of swimming circles at the Rio 2016 Olympics, where his 100m breastroke victory made him the first British male gold medal-winning swimmer since 1988.

Five years on, he defended his title at the delayed 2020 Games in Tokyo, becoming the first British swimmer – male or female – ever to retain an Olympic gold.

But while Olympics exploits captured national attention, Peaty’s year-on-year performances on the less-publicised swimming circuit are the real mark of his greatness.

A three-time Commonwealth Champion, 16-time European Champion and eight-time World Champion, very few athletes have so utterly dominated their discipline over such a long period of time.

It’s not a case of simply beating the next-best man, either; Peaty isn’t so much in competition with the unfortunate athletes in the same pool as him, as he is with himself.

It’s a point proven by the remarkable stat that at one stage in 2021, he held each of the 20 fastest times ever recorded over 100m breaststroke.

Clearly, such success is founded on a huge amount of natural talent. In fact, Peaty’s physiology means he was virtually born to swim breastroke.

Standing at 6ft 3in, with size 12 feet and shovel-like hands, he’s able to pull himself through the water with uniquely powerful strokes. Add to that double-jointed knees and ankles that allow him to kick more effectively, along with monstrous lung capacity, and you have the blueprint for brilliance.

However, ability is nothing without application, and though all professional athletes possess greater drive than most, it’s difficult to imagine anyone with a more unwavering commitment to continual progress.

Despite all he’s achieved, Peaty is far from satisfied.

“It’s about relentless effort in the pursuit of excellence,” he says, when I ask how he continues to stay motivated – for the 5am alarms and relentless training – after winning virtually all there is to win.

“For me, especially over the past seven or eight years, I’ve always found a way to get better – to get faster, stronger, fitter.”

It’s a lifestyle, he admits, which “comes at a cost” (Peaty has a young son with long-term girlfriend Eirianedd Munro), but though two years of coronavirus lockdowns allowed more time at home, he remains “addicted to this way of life.”

Such a cast-iron mindset is something he’s seemingly always had. Youth swimming gets a bad rap in popular culture – overcompetitive parents and reluctant kids are common tropes – but speaking to Peaty provides the clearest possible sense that he simply loves what he does, and has done for as long as he can remember.

“I’ve never really been into team sports,” he says. “I think it’s because I know that my performance is solely in my hands. I like my own standard and my own results. I enjoy going hell for leather – heart rate up at 200 – and pushing myself to my limit.”

That passion may have been a constant, but soon after turning pro Peaty was also quick to recruit the help of a sports psychologist to help him realise his true potential. In 2014, he started working with the world-renowned
Bill Beswick – who has Manchester United on his list of clients.

“Funnily enough,” says Peaty, “it was around then I started to get good.”

On their first meeting, Beswick gave the account of a rugby game between France and the New Zealand All Blacks.

Before the game, the All Blacks performed their traditional ‘Haka’ dance, which had the desired effect of intimidating the already-underdog French team – and it showed. France went on to get resoundly thumped.

However, in the next meeting between the two teams, the French vowed to face the Haka down and show no sign of weakness. Staring the All Blacks directly in the eyes, a member of the New Zealand team eventually looked away. What followed was a famous French win.

“Bill told me,” Peaty concludes, “that’s what you need to do: you need to look the challenge head on and say, ‘Not today.’” 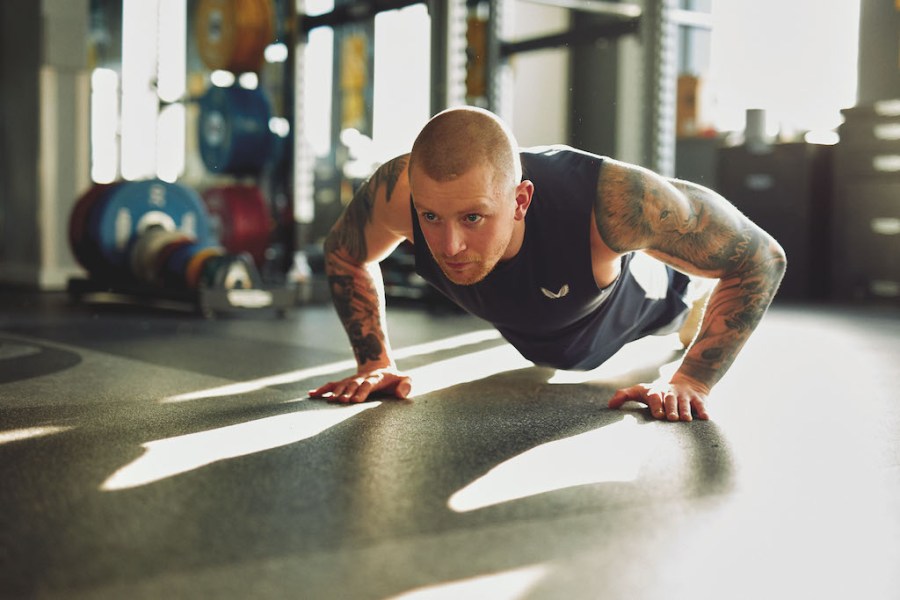 But is that refusal to be beaten all that spurs him on, or are there other motivating factors? Well motivation, it turns out, is a weak motivator…

“David Goggins [former Navy SEAL turned ultra-endurance athlete] once said, ‘Motivation isn’t strong enough to get you through the tests of life,’ and I completely agree.

“Motivation can be a useful thing, but there’s no way around it, you’ve just got to be willing to go get it every single day. It comes down to dedication and respect: that I’ll always show up and give 100% both for the coach and myself.”

Performance in training is one thing, but what about when he’s lining up at the start of an Olympic or World Championship Final – how does he stay composed enough to put the thousands of hours of training into practice?

“Pre-race I will imagine every single possible scenario,” Peaty tells me, “so before the breastroke final in Rio, I had swam that race thousands of times in my mind. When I actually swam it, it felt easy, because I’d already been there.

“In the pool, it’s all muscle memory. I will have done that race thousands of times and trained it pretty much every day for the last 15 years. I’ll just be thinking about the fine details to do with technique, as well as awareness of where I am in the water, then towards the end it’s fight or flight, going as hard as I can.”

However, in sport a powerful mentality can do little with a weak body, and Peaty’s commitment to mental strength is bettered only by his commitment to, in his words, “hard graft”.

In the pool, that means 55,000m each week – length after endless length, perfecting every aspect imaginable.

Out of the pool, it’s about building the strength and mobility to move as powerfully as possible through the water. And that’s the stuff he loves.

“Strength and conditioning, for me, is the fun side of training,” Peaty admits. “I love putting my headphones in, with a bit of Metallica, and just going for it. I love the challenge of it.

“Swimming is extremely hard, but I’ve been doing it all my life, so I can always find a way to do it. If I’m doing new exercises in the gym, it’s a fresh challenge.”

He gives the example of a barbell complex (essentially doing all the exercises without putting the bar down) recently introduced to his routine: 6 x hang clean, 6 x front squat, 6 x shoulder press.

“Do that five times,” he says, “and it absolutely hammers you. I’m less used to this type of stuff, so it’s building a completely new side to my fitness.”

On Saturdays, he also cycles through a high-intensity bodyweight circuit – “these exercises are easy for anyone, but it’s all about intensity. Much better to do a 15-minute intensity block than 30 minutes half-arsed.”

Regular readers will remember our interview with strongman Eddie Hall a few months back. Hall credited much of his superhuman strength to years spent swimming competitively as a teenager.

Towards the end of the conversation with Peaty, I ask if he agrees that swimming can be a useful complement to work in the gym.

The short answer: yes. “Swimming creates flexibility,” he says, “and if you’ve got flexibility in your joints and muscles, you have a very good base from which to build muscle and strength.”

But for anyone tempted to dip their toe in, Peaty brings the main benefit back to the mind. “To progress in any sport,” he says, “you have to be willing to push through when you feel like you’re going to break.

“For me, the main thing is that swimming makes you a grafter.”