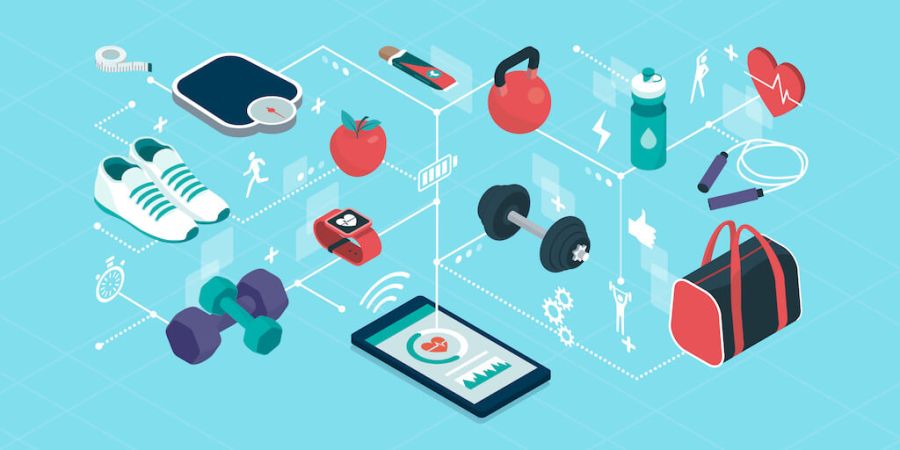 ‘You’ve not done as many workouts this week as last week’, one of the health apps on my phone bleats at me. ‘Last week you did 7 workouts’ it says, ‘and this week you’ve only done one’.

Yes, I think, because it’s Tuesday and you, the app, start the week on a Monday. (I won’t mention that two of those workouts were strolls to the shop to buy crisps, but I insist that still counts).

However, it feels a bit much for the app to assume that having spent a week doing, ahem, ‘seven workouts’, I’d then be incised to start the next week cramming the same into just Monday.

“Oh, sorry,” I’d have to explain to my wife, “I can’t pick our daughter from nursery as I’ve got to do ten more hours in the gym until I’ve worn my arms away to dust.”

Where would it end? If I’m honest, I had no idea the rise of the robots would mainly be them insisting on a gym schedule that renders us so knackered they can just stroll in and takeover.

I can’t imagine what it was like exercising before health apps arrived. I must have done it, as the only app in the 90s was Snake and that could only tell you how many apples you’d eaten.

Now it seems an alien idea to do a workout not knowing exactly how many calories you’ve burned. I can’t remember what it was like to run and have no clue how fast I was going, or how far I’d travelled without carefully plotting the route on a map after.

No wonder the first marathon run by Pheidippides had him running until he died. If only he’d had a watch that said how his heart rate was holding up, while notifying him that someone on LinkedIn was already aware of the battle victory and recommended ten ways to win it better next time.

I use four different health apps. One connects to my fancy watch, records my exercises and rewards me with badges that give me a false sense of achievement, but can’t be used for anything in the real world so are ultimately useless.

I got one for ‘getting 8 hours sleep’, which to be fair, as the parent of a toddler is a genuine achievement. I hadn’t actually managed it, though: I’d just turned my watch off overnight. I’m a fraud.

The other two apps monitor how many calories I’ve eaten in a day and what weight I’d lose if I didn’t have the metabolism of a tectonic plate, and the last app connects to our weighing scales to show I’m doing all this hard work to maintain the terrible shape I’m in.

Then all four connect together to give contradictory results. One says I have the health of a 21-year-old, which is flattering, while the other says I’m the weight of a 45-year-old. Its lucky I don’t have one that stares into my eyes, or it would report back that I’m not far off my 150th birthday.

The information they collect and advise on is very useful. However, I do have to keep reminding myself that they are just apps – they do not and will not know everything.

As it pops up to complain I’ve not walked enough today, me yelling ‘I’m in bed with a chest cold’ won’t help. As it says I must go for a run, I’m aware it has no idea our daughter was awake four times in the night and the weather outside is biblical, so I’m going to drink 12 coffees and stare at the wall instead.

The hardest bit of doing exercise is always the willpower to actually do it, and a nudge from your phone is a very good reminder to get off your bum. But also, as a non-app human, I’ve got to remember to prioritise working around my life and how I feel.

I love health apps and how they make exercising in today’s day and age so much easier than using guess work and ordinance surveys.

That said, I just have to make sure that the real reason I’m doing it is for  the human me; not because a robot tells me to. And besides, if you turn them all off every now and then, you can sometimes get a badge.