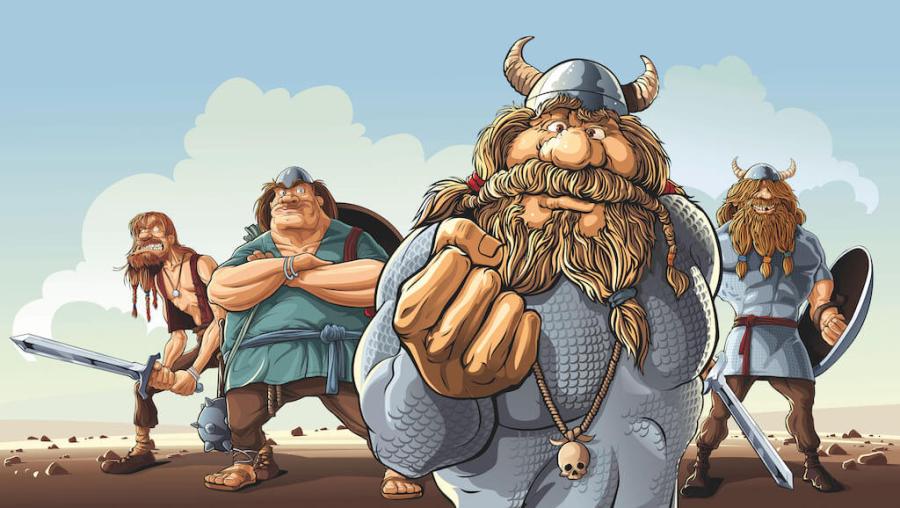 This is the year the Vikings will be invading your screen from every angle. Vikings: Valhalla – the follow-up to Vikings and The Last Kingdom – is on Netflix, and The Northman, starring a ripped Alexander Skarsgård, hit cinemas earlier this month.

The Vikings capture our imagination for their adventurous spirit and – lest we forget – brutal attacks around Christianised Europe. Rowing to shore, carrying off as much as they could and not worrying too much about the body count along the way.

That conventional ‘Vikings’ image as we know it, however, wasn’t so much a collective of people, as an occupation: for fame and glory-hungry individuals to conquer new territory and mark their legend.

Primarily they came from Scandinavia, spreading out from Norway, Sweden and Denmark. They then set up pirate bases around Scotland and Ireland, once those aforementioned countries  had begun to organise themselves into unified states.

But the Vikings’ adventurous spirit and daring dos took them well beyond the confines of Europe. Folk stories in Azerbaijan and Spain tell of the ‘Madjus’: the fire raisers or worshippers who came in their dragon ships, wreaked havoc and burned a lot of stuff in the process.

And a runestone exists on top of an isolated mountain top in northern Greenland, with the names of two adventurous Norsemen who had been hunting for walrus ivory in the area.

Despite a deep belief in fate, these were people who didn’t kick back and wait for it. Ethics aside, they crossed wild oceans and made adventure their calling card – hoisting sails, carrying hordes of loot and fighting anyone who got in the way.

All of which, for our interest, required an elite level of fitness well beyond the physical labouring strength of the era.

‘Functional fitness’ – being fit for purpose, whatever that may be – is the phrase of the moment, and these guys were the pioneers. Being a Viking was a profession – one that required well-developed, full-body strength and the cardiovascular engine to run and raid for days at a time.

While the slaves did the menial work (as was the case with most of the world), the Vikings trained their minds and bodies for the task at hand.

The Icelandic sagas – heroic stories, blending myth and reality – are a useful reference point to get a sense of the Vikings’ physical skills and accomplishments (though they should be taken with a large handful of salt).

Olaf Tryggvason, who went from slave to king of Norway, could apparently swim with and remove a full suit of chainmail underwater – a feat reminiscent of modern-day Navy SEAL training. The Vikings also had an underwater wrestling game, in which it was deemed honourable to revive the loser.

Alongside swimming, rowing was an obvious and necessary skill, also deemed an honourable pursuit. The rowing crew were free men – slaves did not row Viking boats. One of the Orkney Jarls cites sculling as one of his many skills.

Every free man bore arms, and learning to use weapons and fight without them was learned from an early age. Icelandic ‘warrior poet’ (not many of them around these days) Egil was participating in Glima matches – a unique form of wrestling – since he was seven, and exact wooden replicas of swords for children have been found in Dublin.

An extensive treaty written in Scandinavia post-Viking era mentions the usage of heavier-than-normal weapons for training. It also cites the importance of good training partners, and even hydration mid-session. Like modern-day strongmen, heavy stone lifting was a thing, too.

Apparently, to be a member of the Icelandic fishing crew at the bay of Dritvik, a 154kg stone had to be lifted off the ground.

But beyond these macho attributes, it’s agility and coordination that are most frequently mentioned in historical sources. Walking along the moving oars of a longship, juggling swords, switching sword and shield hands mid-fight, handstand walking around the mead hall tables, and leaping in full armour, are just some of the feats that reoccur.

Sweyn Asleifsson was known as the ‘Ultimate Viking’.

Born around 1115 in Caithness, Scotland, he soon became famous as a raider who mixed with royalty. This challenge is based on his epic escape from Lambaborg Castle.

Do each exercise for 1 minute, squeezing as many reps out as possible. 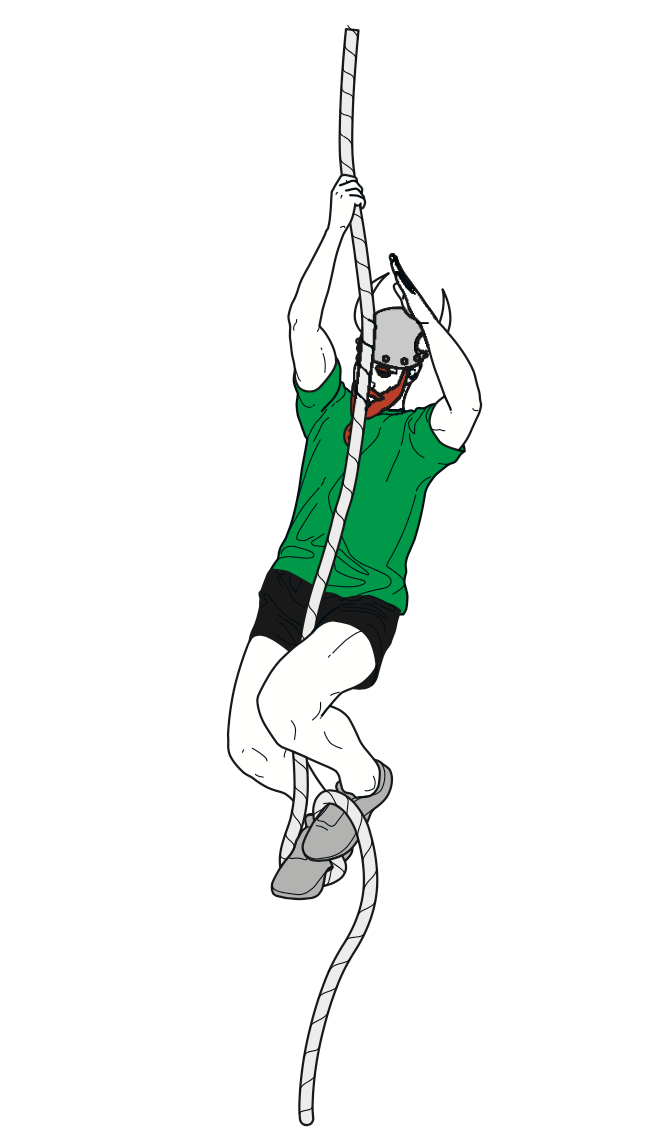 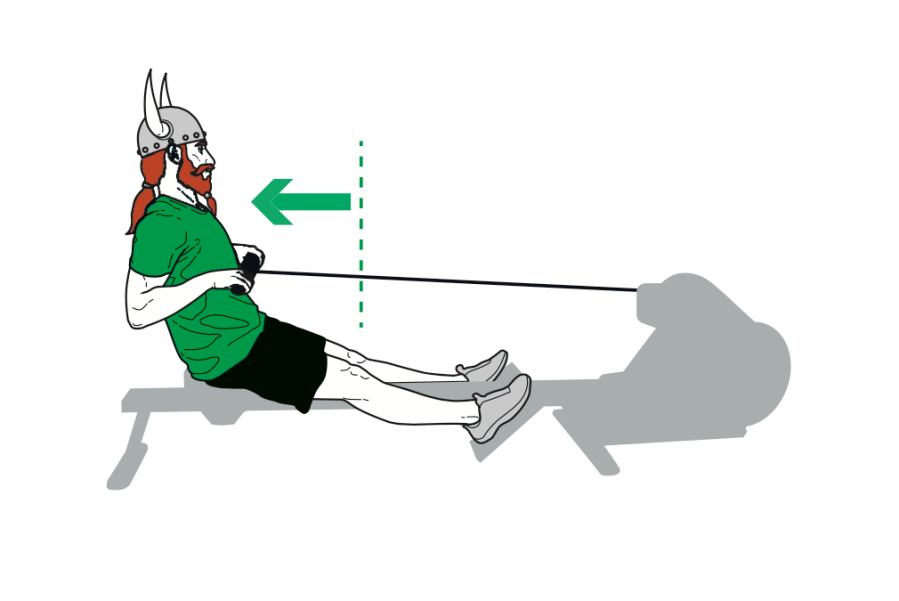 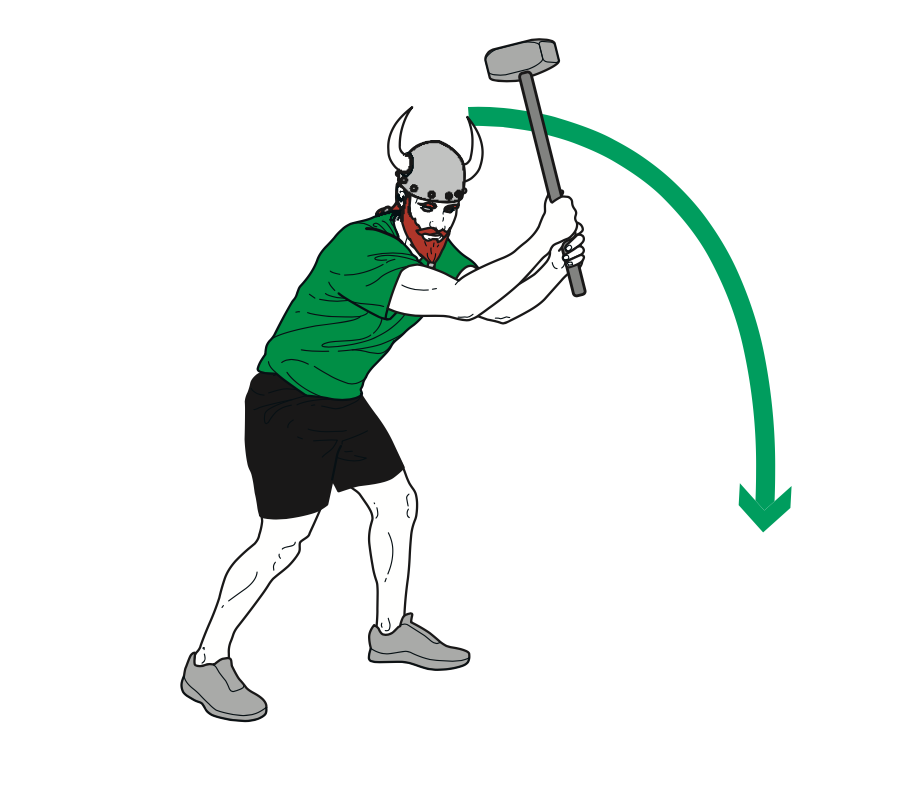 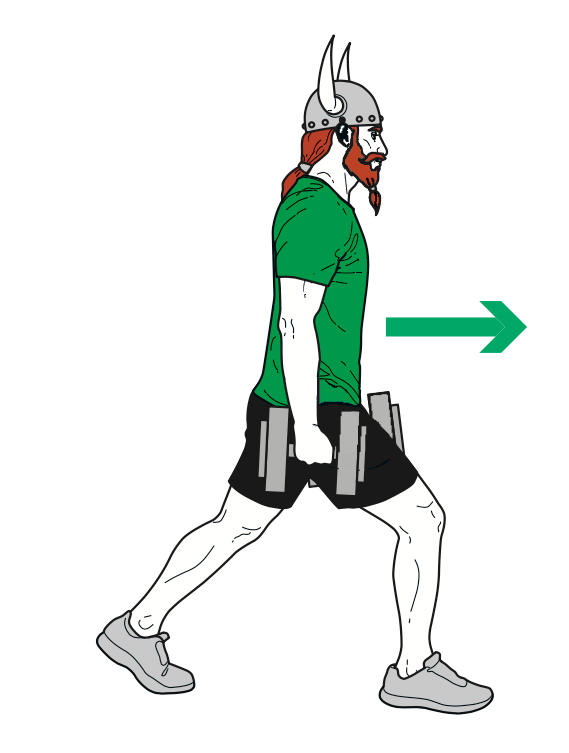 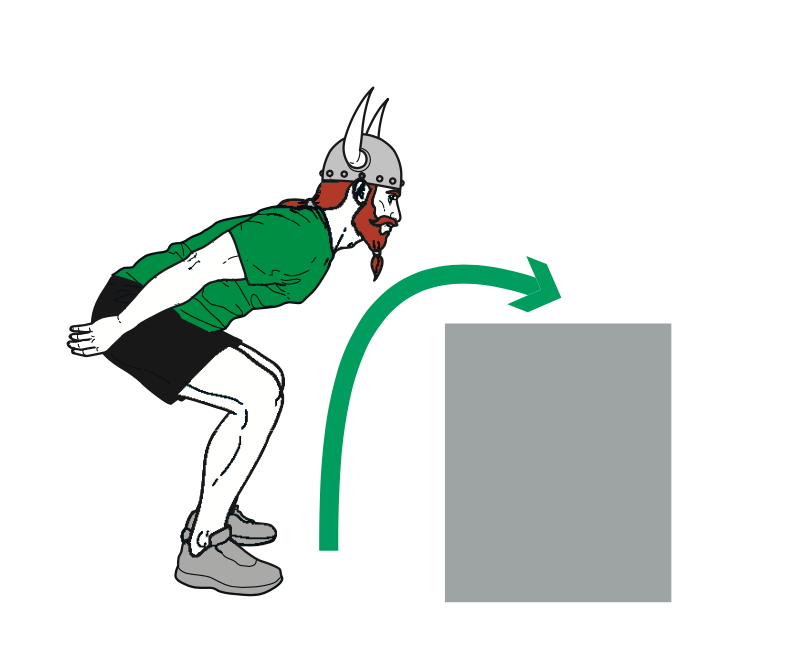 A Strandhogg was a lightning-fast coastal raid for booty and supplies.

Complete the exercises in this intense circuit back-to-back with no rest.

Once 1 round is complete, rest for a minute, then do the whole thing twice more. 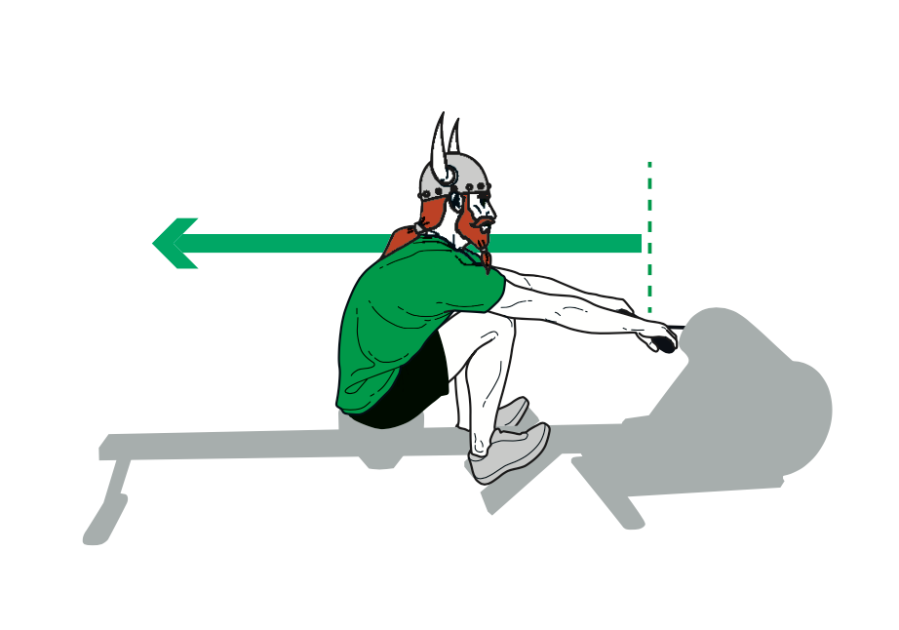 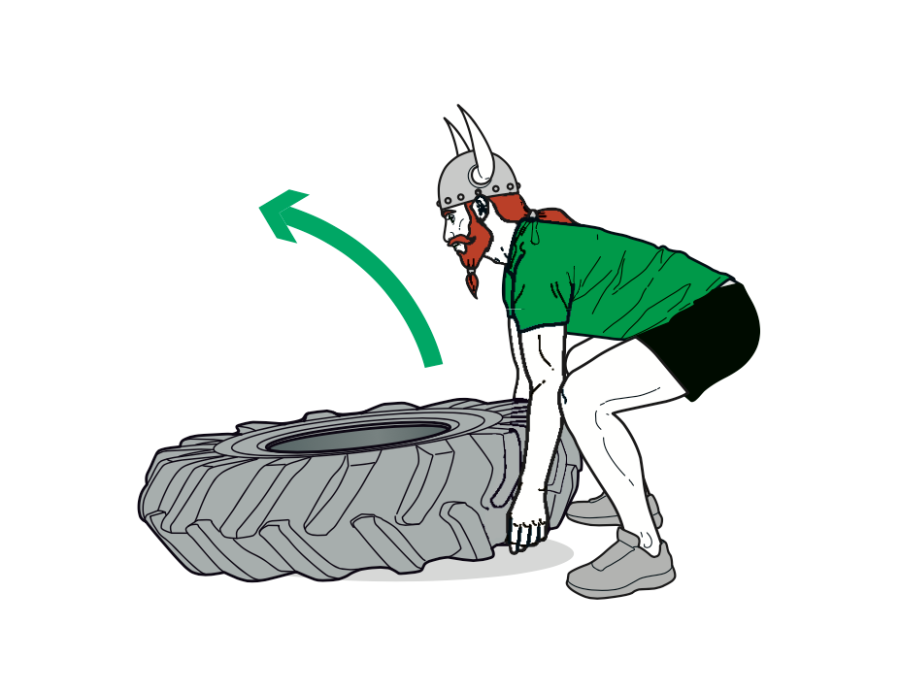 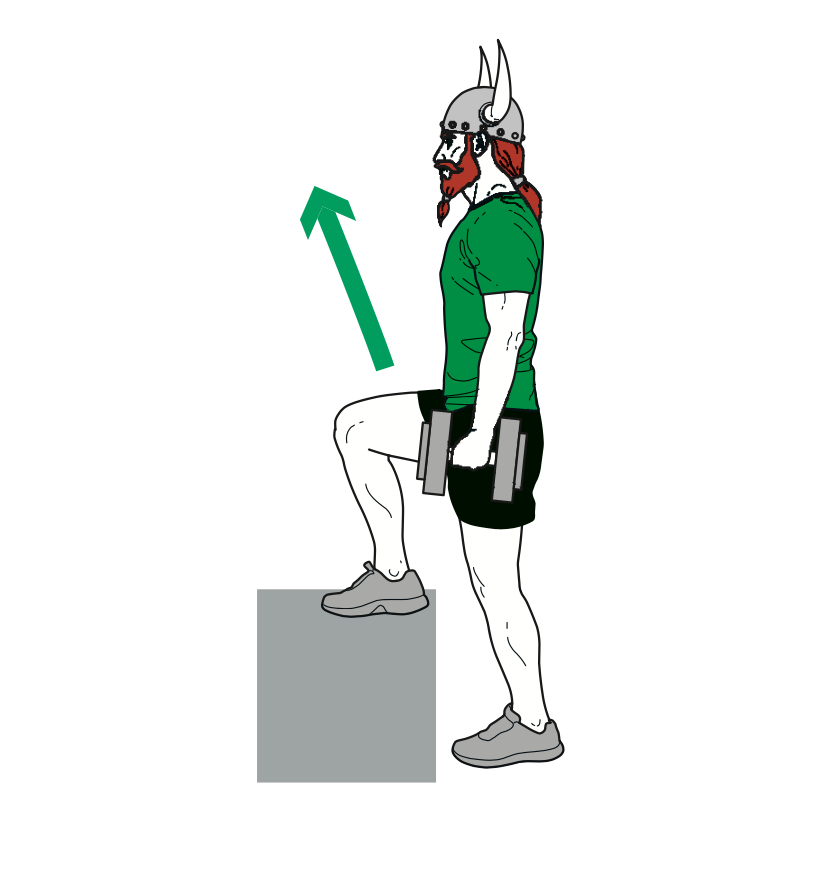 Sigurd won the heart of the goddess Brunhild by winning three feats of strength and fitness: long jump, javelin and shot put.

Replicate his heroics by completing 3 rounds of the following… 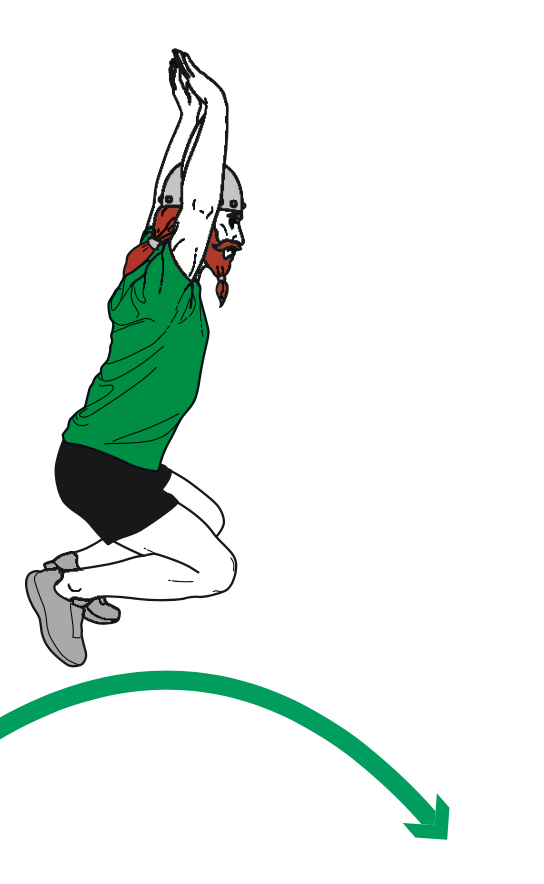 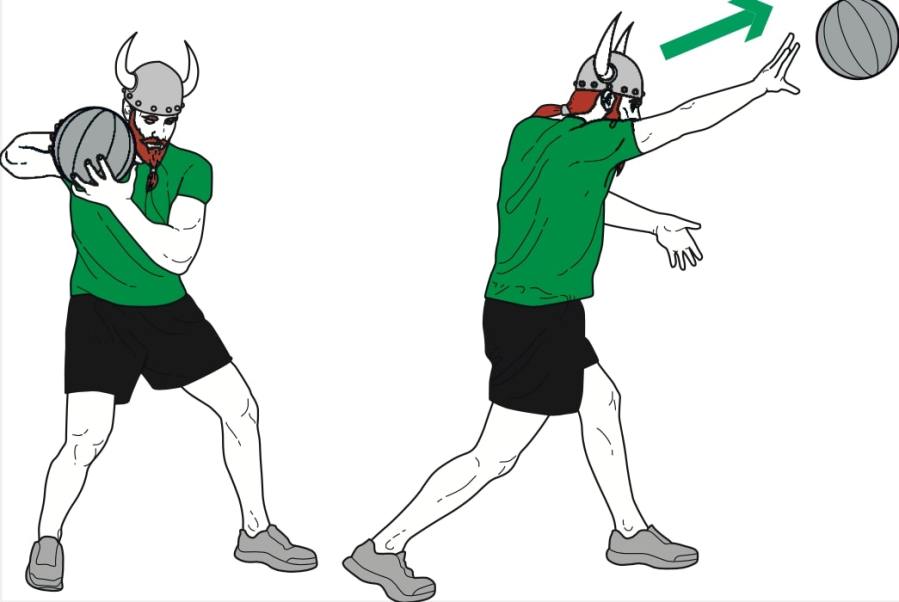 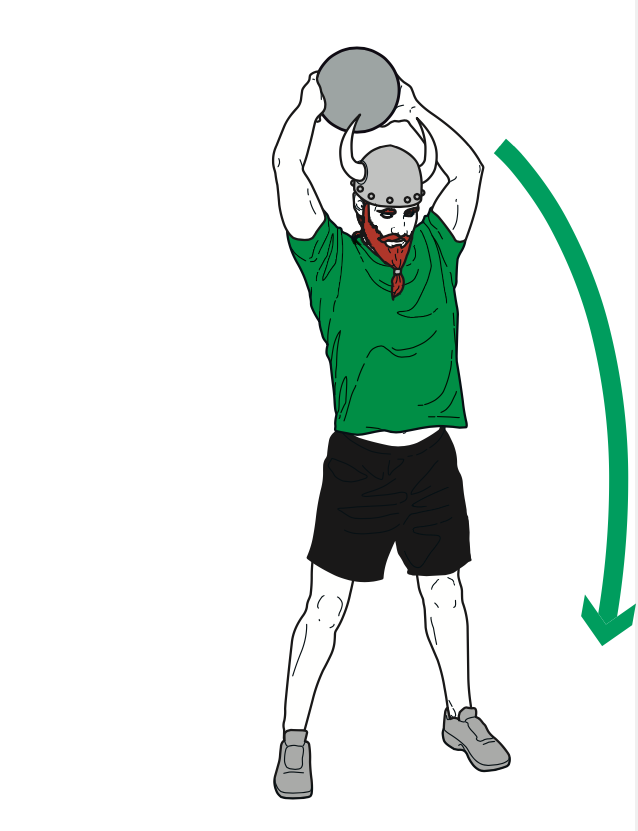