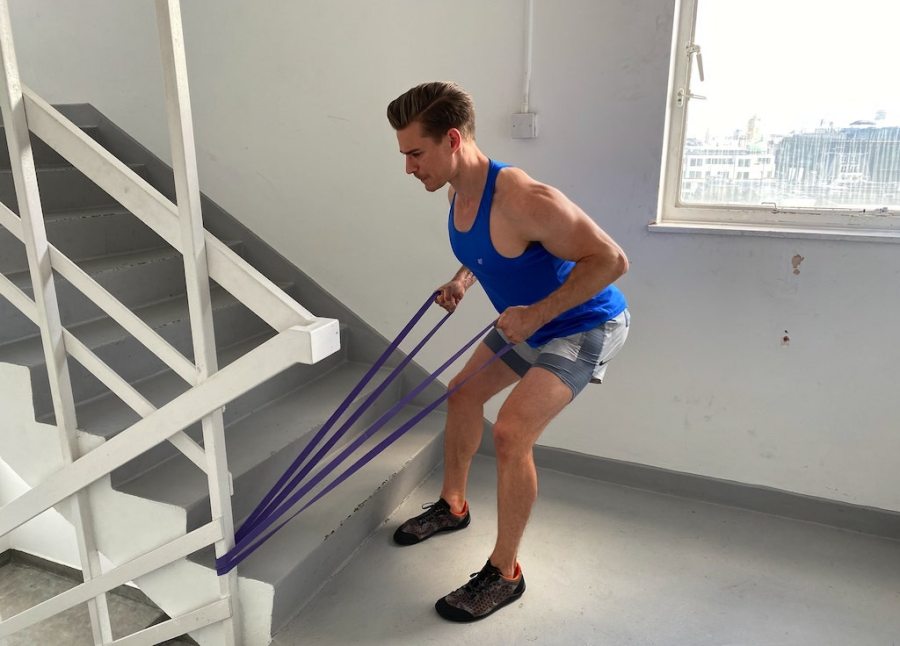 Get stuck into resistance band training with personal trainer Jack Hanrahan’s recommendations for each of your body’s main muscle groups.

If you’ve never considered resistance band training, let this strange set of circumstances be your reason to start. There’s never been a better time to stray outside your comfort zone and embrace something new.

Training with a band involves pulling or pushing against the tension contained within the band when it is stretched, and it’s a form of training that comes with numerous benefits and some important advantages over lifting weights.

In the next issue (August) of Men’s Fitness, you’ll find everything you need to know about band training – from the muscle-building and mobility benefits, to the best bands to buy – but for now, here are six moves to target each of your main muscle groups. 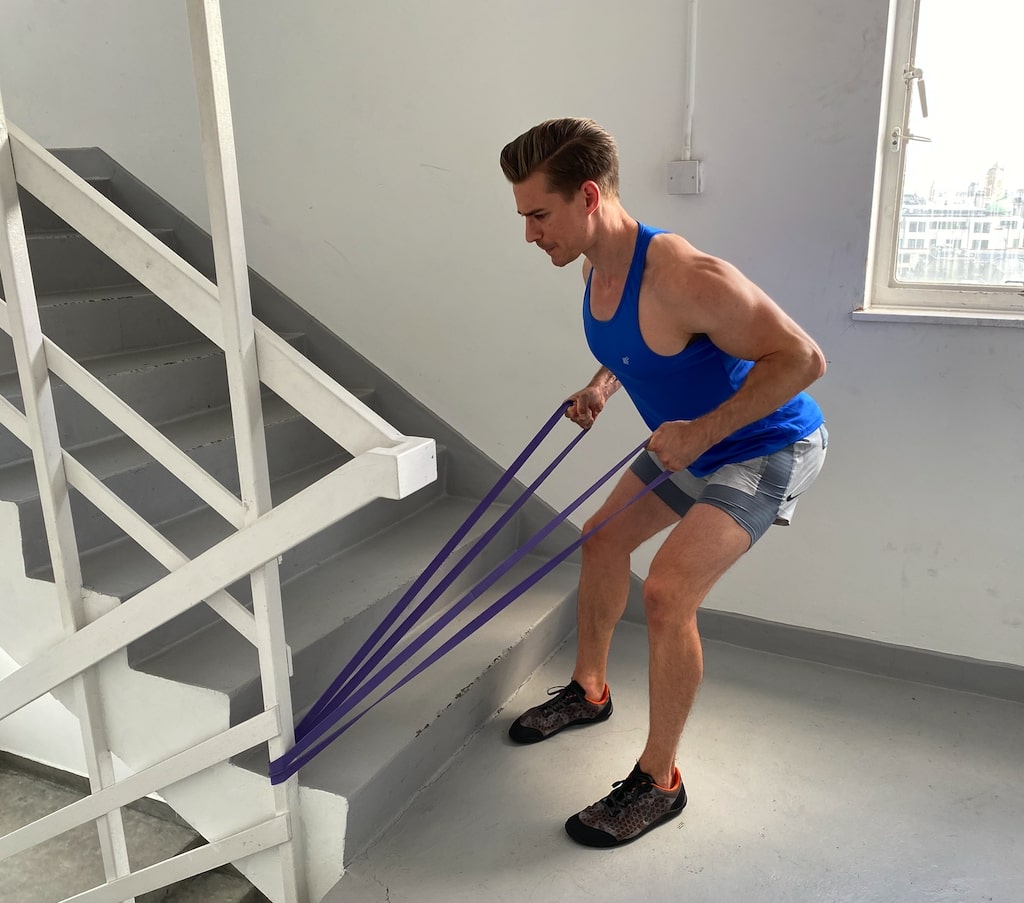 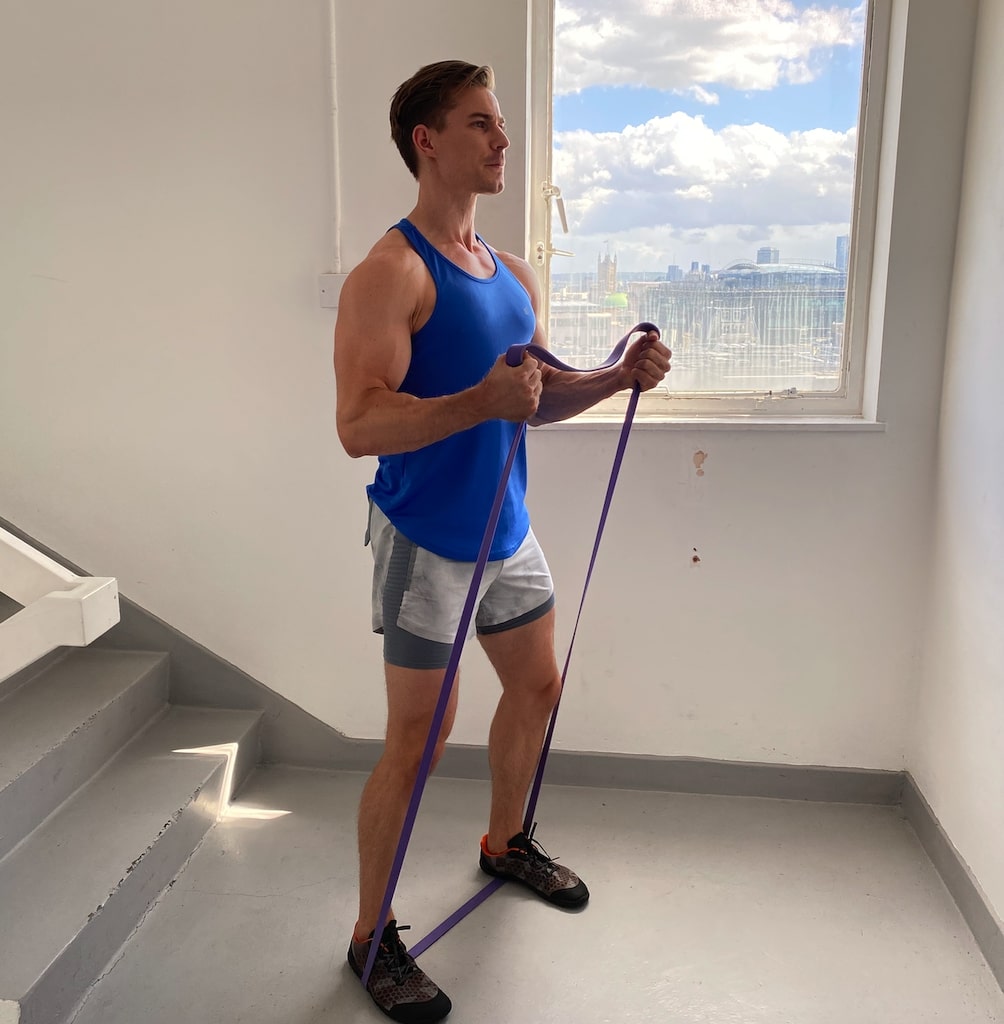 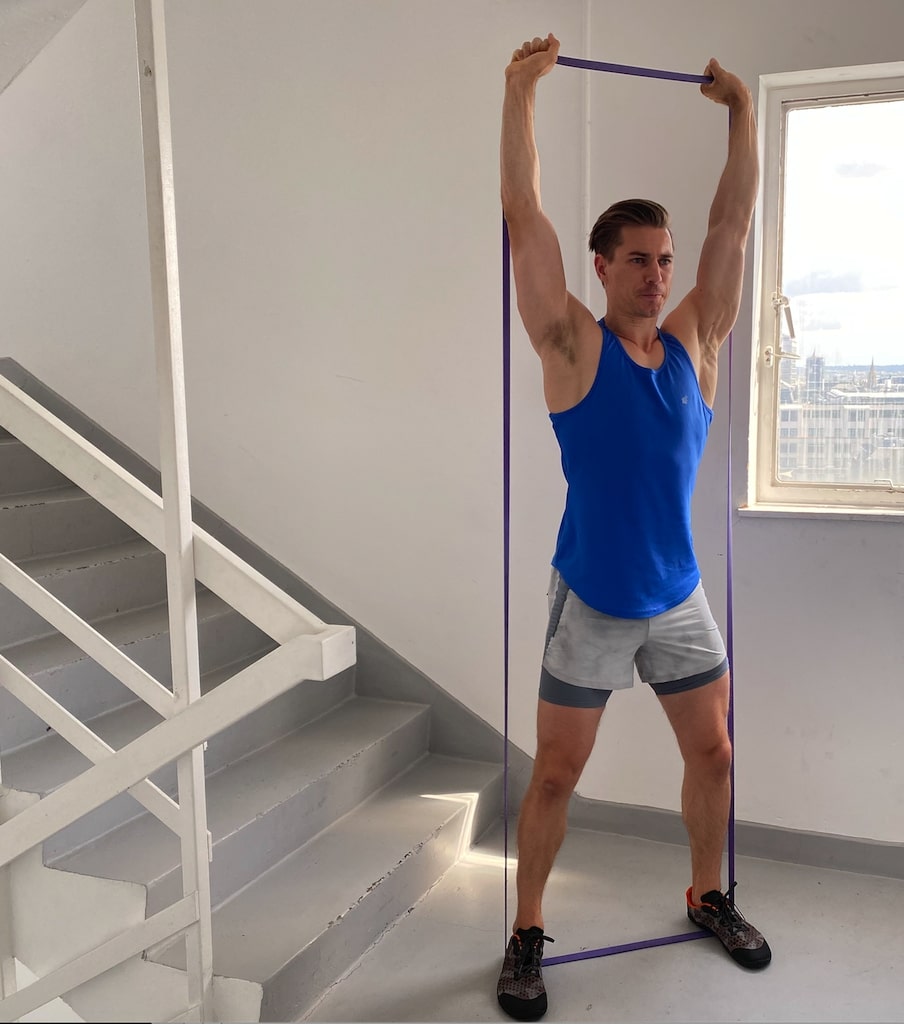 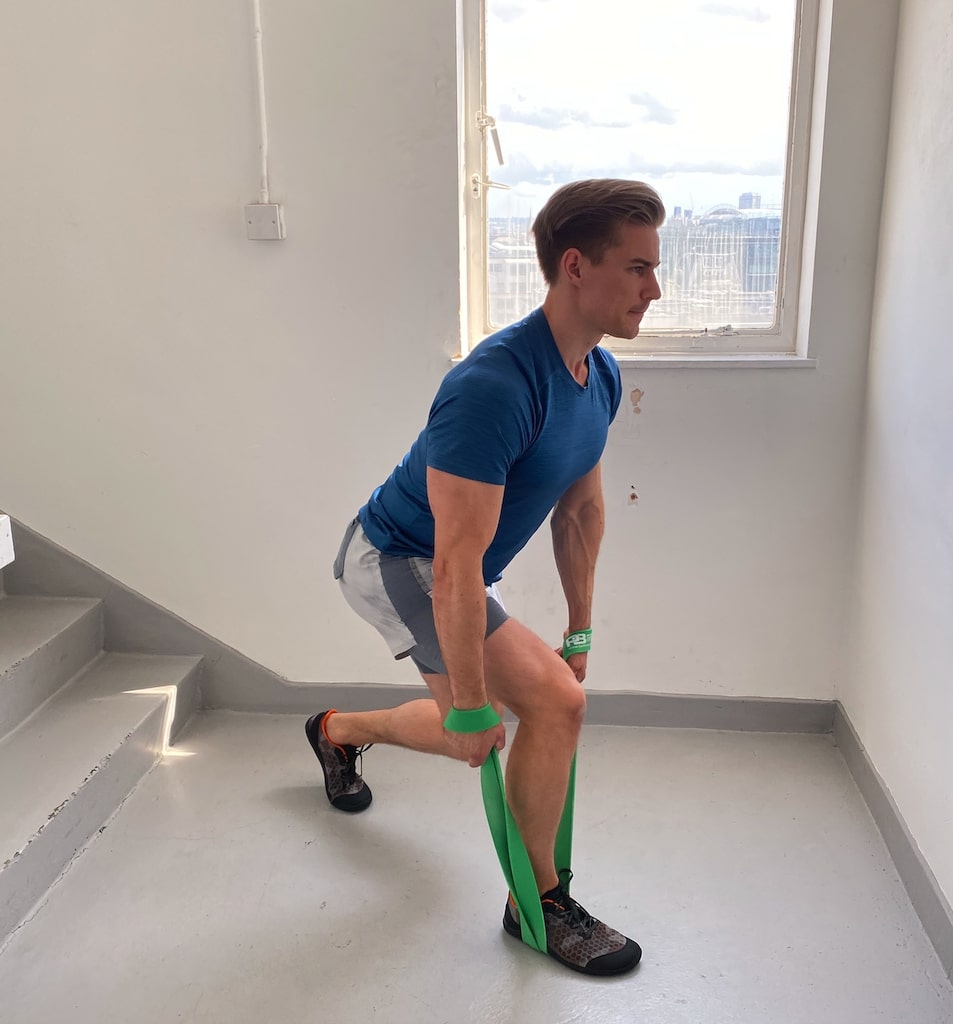 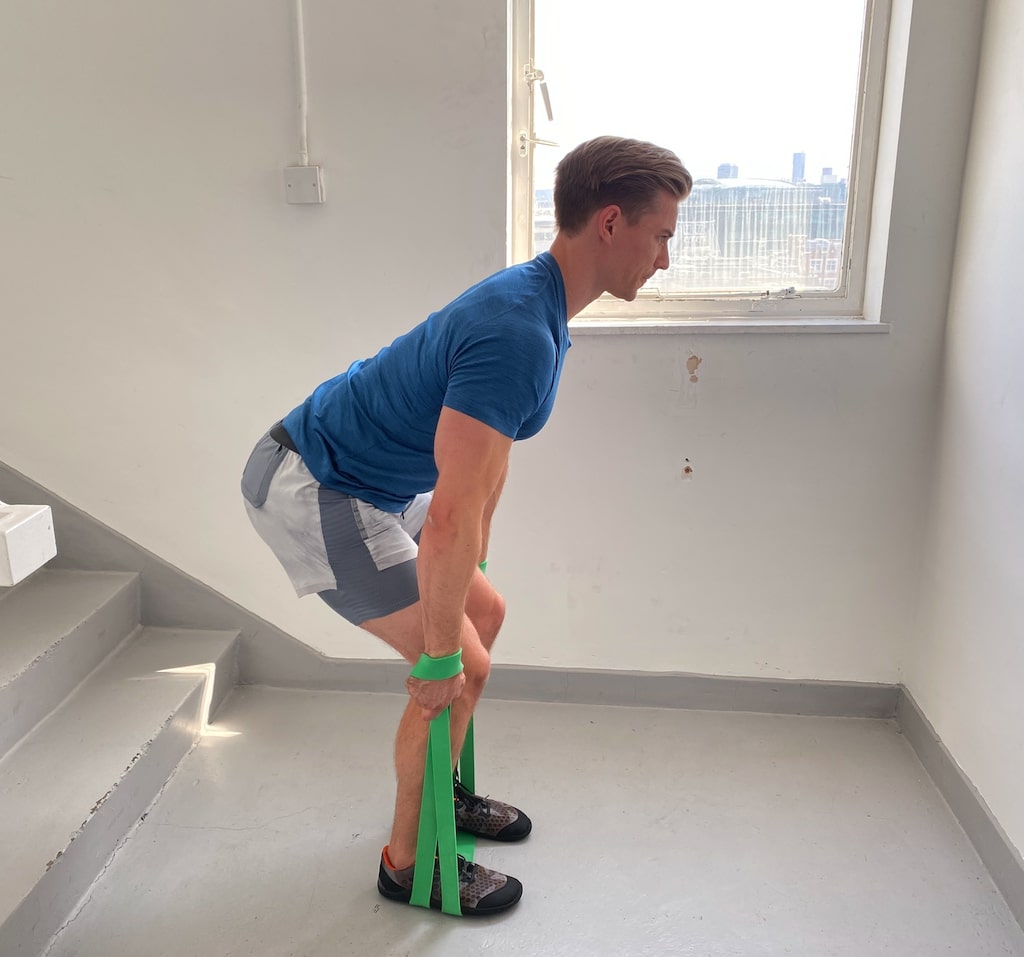 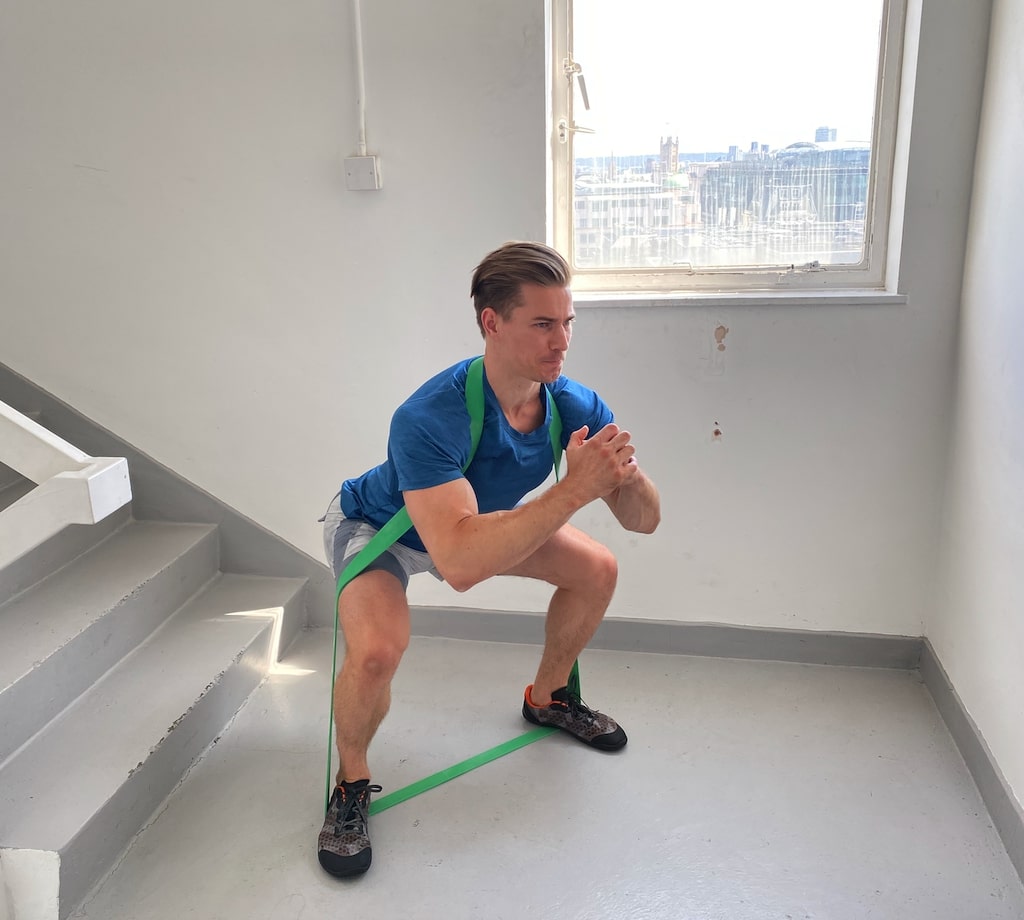 Start Light
Find the appropriate band; start with a lighter resistance band and only progress when you can perform the exercise through a full range of motion.

Slow Down
Perform at a slow controlled tempo so the band isn’t jerking you around and it doesn’t whip you back.

Stay Secure
Anchor the band to something secure, like a fixed park bench or thin tree – not a curtain rail.

Grip Strong
Use a strong grip and anchor the band under the middle of your foot.

Be Sentimental
Don’t use a band that’s old and frayed, because they can snap; they won’t if they’re new.

Let Go!
Maintain a strong grip, using chalk or a training towel if you like.

Be Narrow-Minded
Don’t go in with a closed mind; bands are not just for rehab – some of the strongest athletes in the world use band exercises all the time.

Underestimate
You will be surprised how much muscle you can build with band training alone – they’re called strength bands for a reason.