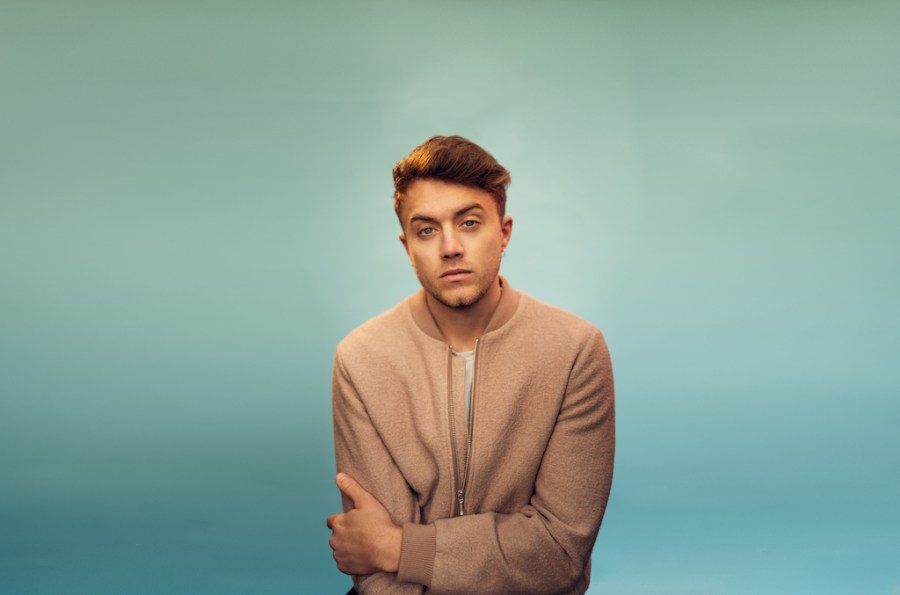 Roman Kemp didn’t set out to become a mental health campaigner. Just two years ago, he was best known as the friendly, effusive presenter of Capital FM’s hugely popular breakfast show, as well as a finalist on ITV’s I’m A Celebrity.

All that changed in August 2020, when his best friend and the producer of his radio show, Joe Lyons, took his own life. Lyons’ suicide was a deeply shocking event, which left Kemp and his friends bereft and searching for answers.

There had been no clues that Lyons was suffering. He did not speak with any of his friends or family about how he felt.

In those raw months after his death, Kemp made Our Silent Emergency for BBC Three, an urgent and unflinching documentary exploring male suicide and the seeming inability of men, in particular, to open up about how they’re feeling.

Now, he’s fronting a new campaign with Nivea Men and Talk Club, designed to get more men checking in with their feelings.

New research for Nivea has found that 44% of men avoid talking about their mental health, 32% feel lonely, and many equate vulnerability and openness with weakness.

“I made it just to tell my own story about how I’ve been dealing with it, and the stories of other people,” says Kemp, about the impact of his documentary. “I really hope that it has helped, and certainly within my own friend group it has.”

What makes Our Silent Emergency such a powerful watch is the fact that Kemp doesn’t shy away from discussing his own mental health struggles.

He is open about the fact that he has taken antidepressants since he was a teenager, talking with his parents on camera about his suicidal feelings and issues with depression and low self-esteem.

“It’s ridiculous to think that humans are constantly happy or constantly sad, you know. Some days are great; some days are bad,” he says when discussing his own mental health.

He continues to take sertraline every day to manage his mental health – something which, he says, caused something of a stir when he was filmed taking one alongside his daily dose of vitamin D:

“When we did the doc I was always so shocked when people were like, ‘Oh my God, you took a tablet on camera.’ When we were filming it did not feel in any way shape or form an integral part of the show. But so many people said how embarrassed they are to take it – that is so abnormal to me.

“How come men are so quick to go to their mates and say all they’re doing to get in shape, but they’re scared of talking about taking something for that?”

Kemp says that breaking down this stigma is more important than ever. He has become a keen advocate of ‘asking twice’, following the example of men in the film who lost a friend to suicide who always follow up ‘Are you OK?’ by asking the same question again. This, they say, tends to give a more honest answer, leading to healthier conversations around mental health.

His true passion, though, is improving mental health education, right down to the youngest kids in primary schools. In Our Silent Emergency, Kemp visits a pioneering school in Tamworth, Staffordshire, where children discuss mental wellbeing and illness in a way that is aimed at breaking taboos and opening up conversations, which too many adults struggle to have.

“I don’t think we’re getting it right at all,” he says when asked about the way mental health is approached in schools. “What I’d love to do is to be able to speak to more schools on a level and just say,

‘Look, why has it never been pushed in schools? What’s the thing that’s stopping it? Who do we need to speak to for that to change? Why are kids learning about their heart and their lungs and all those different systems of their body… Yet mental health is still not really looked at and the idea of suicide is never spoken about in a school.’

For me that is a subject that should be in your GCSE exam. You should know what your brain is capable of, and what depression looks and feels like.”

Kemp says that he would love to see this approach pushed rapidly, especially as those of us who have left school are likely to be dealing with poor mental health in the long term.

“For everyone over the age of 16, we are going to be in a crisis area for the rest of our lives, because we weren’t taught about these things as kids. But we have an opportunity to push for that to not be the same in the future.”

He is keen to emphasise, however, that he is not a lobbyist. Rather, he wants to tell stories and raise awareness in a bid to help move the conversation along.

“But if, over the next five years, I can meet or help parents to ask their children’s schools, ‘What are you doing for my child’s mental health and for their education?” that’s a great thing.”

One approach that has shown to have good results are dedicated ‘buddy benches’: seats where kids can sit at school so others know that they want to discuss their mental health.

It’s something which Joe’s Buddy Line, the charity set up by Lyons’ family and for which Kemp is an ambassador, has helped pioneer.

“For kids in schools, it’s little tricks like that [that work],” he says. “That’s the kind of thing that we want to push, to say, ‘You just have to talk about it and it does get better.’”

For all his concerns about the lack of mental health education in schools, Kemp does believe the situation is improving.

“As Brits, we’re very cynical,” he says, “thinking ‘Everything’s f****d, it’s just getting worse,’ but no, you look at how far things have come, it’s fantastic.”

He highlights the fact that men increasingly approach him, whether in the pub or even while playing football, to talk about their mental health and how suicide has affected them or their friends. That, he says, suggests progress is being made. In that spirit, he wants to see the word ‘suicide’ be used more openly.

“I want to change the word suicide from being something that is seen as a dirty word,” he says. “People will talk about suicide as if it’s a swear word. I’ve done interviews where people don’t want to say it and they don’t want to bring up that word.”

He highlights AIDS as an example of how destigmatising a term can lead to improved understanding and acceptance:

“People didn’t want to talk about it. It was the same with cancer: they just called it ‘The Big C’. Nowadays, how many adverts do you see for cancer research groups? It’s something that isn’t seen with as much fear [because of greater openness].”

The most important thing, says Kemp, is to keep the conversation going, because our mental health is constantly changing, and part of a process that never ends.

If you’re experiencing suicidal thoughts, visit thecalmzone.net or call their dedicated helpline (open every day from 5pm to midnight) on 0800 58 58 58.