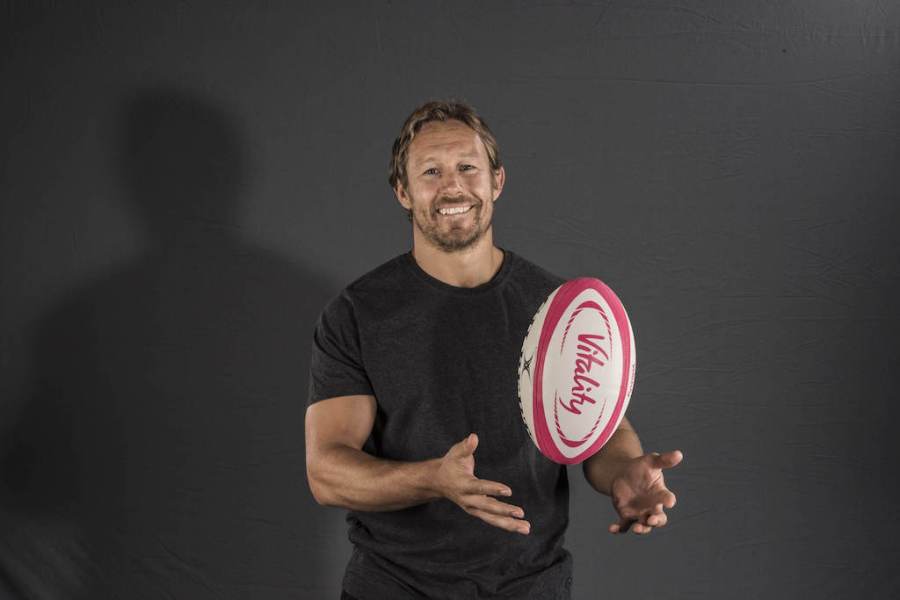 Jonny Wilkinson is the player who transcends rugby. His iconic drop goal in the dying minutes of the World Cup final in 2003 ensuring he would forever be remembered as the man who won England the trophy they’d been after for decades.

But that moment, along with countless others – in a career marked by the outward success of four Six Nations championships and two Heineken Cups to go alongside that World Cup winner’s medal – was just part of a wider story. One in which he was battling anxiety and depression despite, from the outside, appearing to have it all.

“It ended up so fairytale-like for me compared to what I could have possibly imagined,” says Wilkinson, who works as a mental health ambassador for health insurer Vitality and has long been a practising Buddhist – something which he has previously said helped him make sense of his own mental health.

“You become attached to [the fairytale],” he adds. “And then it stops. You come out of the flow state into the material, physical experience of the world.”

These attachments to success, says Wilkinson, did little to improve his mental health. Winning could never ease his low mood or sense of constant worry.

He was, he says, only able to start improving his wellbeing by opening up about his feelings and being vulnerable.

“When it becomes a practised habit,” says Wilkinson, “it’s no longer really being vulnerable and opening up. It’s recognising that it’s about facing challenges and understanding why things are there – going deeper and, I think, getting better.”

He says that, while he feels the conversation around mental health is improving, we need to start considering what life looks like beyond those first ‘beautiful’ moments when we tell someone else about how we feel.

“I coped and survived my way through matches, because I put so much of a fear of failure onto myself” – Jonny Wilkinson

“So much of it is about coping and getting through,” he says. “I get that, because I’ve been in that space. But by their very nature, coping and managing, for me, are a survival state.

“It’s actually what I did with so much of my life in terms of my rugby career. I coped and survived my way through matches, because I put so much of a fear of failure [onto myself].”

These techniques became more and more reinforced, however, leading to further anxiety.

So instead, Wilkinson began delving deeper, considering how people believe they need to suffer to succeed, as well as exploring spiritual ways to become more grounded in the present moment. This is where his Buddhism really comes to the fore.

His passion for the topic is every bit as powerful as his urge to win when on the rugby pitch, albeit from a more rounded place and without the need, as he sees it, to become attached to specific achievements and goals.

It’s these goals, he says, that we need to get better at understanding:

“If they’re an attempt to fill a hole, or have a lack of connection to self-worth or fulfilment… then it just doesn’t work. It’s almost like you put all your eggs in one basket and say, ‘When I get this, everything’s going to be good.’ Then when you get it, you go, ‘Oh god, what now?’ Then you think, Well, maybe the next one will do, but you already have your evidence [that these kind of goals don’t work].”

This is where Wilkinson believes being more reflective and honest with ourselves is key. “When challenge becomes the understanding of growth,” he says. “that’s opportunity, that’s connecting more with who you really are and connecting more with life. Challenge doesn’t come in the form you want it, otherwise it’s just not challenging.”

Facing up to failure, rather than searching solely for success, is what Wilkinson is driving at:

“If you had a big sports tournament coming up at the end of the year and you said, ‘Right, we’ve got a year to plan our fixtures before that,’ who would you choose to play against? You’d pick the best teams in the world. Some might say, ‘You’re going to lose.’ But that’s the point.

Wilkinson continues with the rugby analogy:

“What we’re actually saying to ourselves is, ‘Give me the 80-nil games, give me those games when everything happens exactly as I wanted, so I don’t have to grow.’

“But then as soon as you sit in that space, the unfulfillment level is huge. The inner voice that says, ‘It’s my nature to expand infinitely and to explore my boundless truth,’ is saying, ‘I’m not OK with this.’

Wilkinson says that even when taking the route of safety and comfort, challenges will still present themselves:

“Losing, and in that way suffering, is still so challenging and so painful and tough, but it’s no longer suffering if you are able to view it with perspective.” 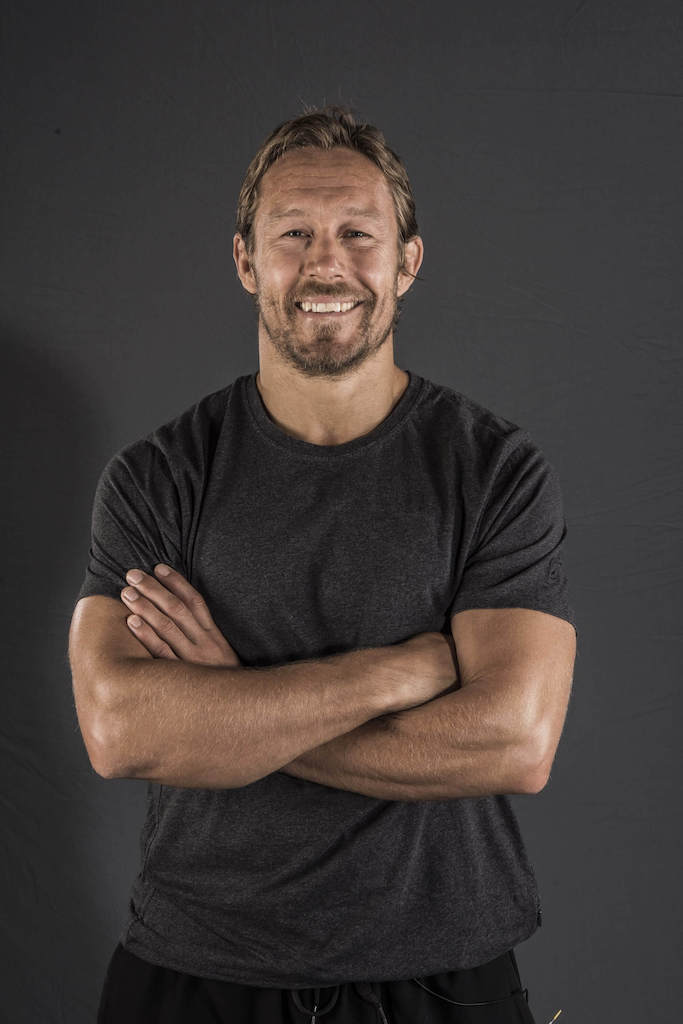 There’s also, says Wilkinson, a need to try and understand that we can positively frame stress and anxiety when facing challenges in life.

“In the Zen Buddhist tradition, [you] pose conundrums with people that take them into a level of anxiety. The whole point being in that space, there is growth, because it’s the shedding of ‘what I had and what was giving me some kind of comfort was essentially stopping my expansion… Do I release it and go into the unknown or do I hold onto it and stay with what I do?’

Wilkinson believes that embracing such challenges is fundamental, but he isn’t naive enough to think it’s easy. Rather, he highlights that our challenges and attempts to understand our lives and mental health are a never-ending processes. Understanding that, he says, has been key for him:

“It’s not a journey because it’s not going anywhere. There’s no destination, it’s an adventure. Life deepens, it doesn’t go linear from here to there… Now is all there is.”

Ultimately, what Wilkinson is espousing is a kinder, more gentle approach to life. One which doesn’t put its store in material success or achieving endless goals without really exploring why we’re trying to attain them in the first place. This, again, comes back to suffering, something which in the past he has claimed he felt was essential in order to achieve his goals as a rugby player.

“The idea about suffering, the one that I think is the one that got me [as a player], is not so much that you have to go through it to get what you want, but the idea that getting what you want at the end of it is going to be better than the suffering.

Wilkinson says that he has instead come to accept that what he has gone through, and what we all go through, is part of a deeper exploration of life.

“It’s not my life, it’s life working through me,” he says. “My job is to get out of its way so I can experience the the intuition, the wisdom, inspiration, the creativity, the beauty, the love – all that stuff, which is inclusive and universal.”

To some it may sound a bit out there for a man who became known for his uncompromising and professional focus on the rugby pitch. But staying present and being kinder about who we are, and who we want to be, is an easy and powerful message to get behind.