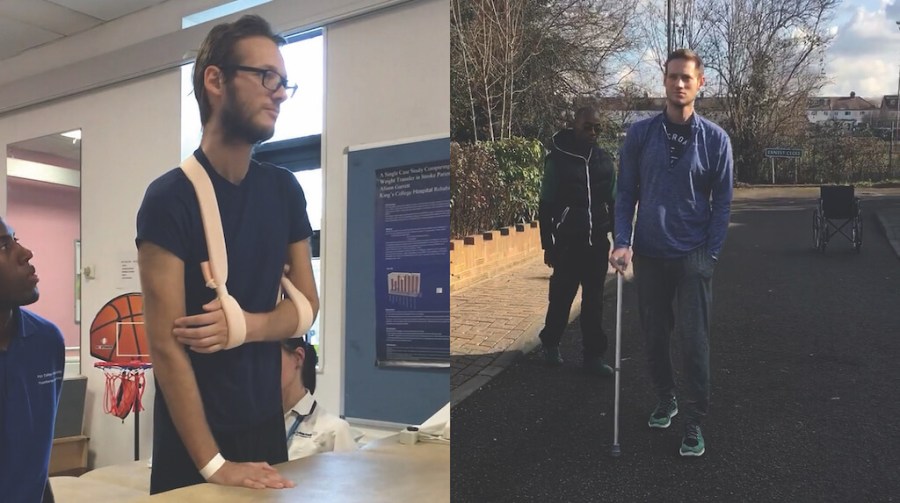 In late 2016, Chris Currie was in great shape. At 36, he was working in financial services in the City, looking after himself and doing everything right. “I was living a healthy lifestyle,” he says. “Playing all the sports I enjoyed – tennis, swimming – and going to the gym.”

Currie also had a keen interest in playing football and regularly ran 5ks and 10ks. In short, he did not seem like a prime candidate for a sustained and punishing period of ill-health, taking in bowel cancer, followed by a stroke that would leave him wheelchair-bound and battling to regain basic mobility.

However, Currie’s step-by-step approach to recovery has lessons for everyone, whether they’re looking to deal with the aftermath of a serious illness, get over a niggling physical injury or face up to the demands of problems with their mental health.

“I was on holiday, and I was getting unusually out of breath when I was swimming,” recalls Currie. He says the trip left him exhausted and wondering what was wrong with him.

“I just thought I needed to get some tests, maybe have a blood test to see why I was getting tired like this and going to sleep early on holiday, which is quite unusual.”

The results showed that Currie was anaemic, while a colonoscopy revealed that he had benign polyps and a tumour in his bowel. At first, he assumed the tumour was benign too, until a consultant said that he thought it was likely to be cancer and that he wanted to conduct further tests to be sure.

Rather than immediately look at the big picture, Currie decided to look at things step-by-step, and his ‘mini visions’ method was born.

At first, that simply involved waiting to see what the results of a CT scan and the tumour tests would reveal. As expected, they showed it was cancerous. Currie underwent surgery to remove part of his intestine in October 2016, just four weeks after diagnosis. However, it was the next stage of his journey where his mini visions would be tested to the limit.

The reconnection of his bowels during the initial operation was not successful, causing a dangerous leak. His weight dropped from 15 stone to 12 stone – especially worrying given his 6ft 5in frame. A second operation was required to conduct a full exploration. It lasted six hours, during which Currie suffered a stroke, paralysing the left side of his body.

He was transferred from Princess Royal Hospital to the specialist stroke unit at King’s College Hospital, London, spending a week in ICU and a further six weeks in high-dependency units and regular wards. He was facing up to months in recovery and relearning basic motor skills. The idea of going back to the gym or playing tennis seemed impossibly distant.

His family and friends were told that it was unclear what condition he would be in once the morphine wore off. Currie’s mindset, however, was still in the same place as it had been in the hours after his cancer diagnosis.

“It was just about trying to learn as you go,” he says. “To not be attached to the outcome. I was just trying to think, I’ve got to do this small task. You’ve just got to go through the steps with the nurses, trying to get you drinking, if you can, and eating. All those basic things that you can just do without thinking normally.” 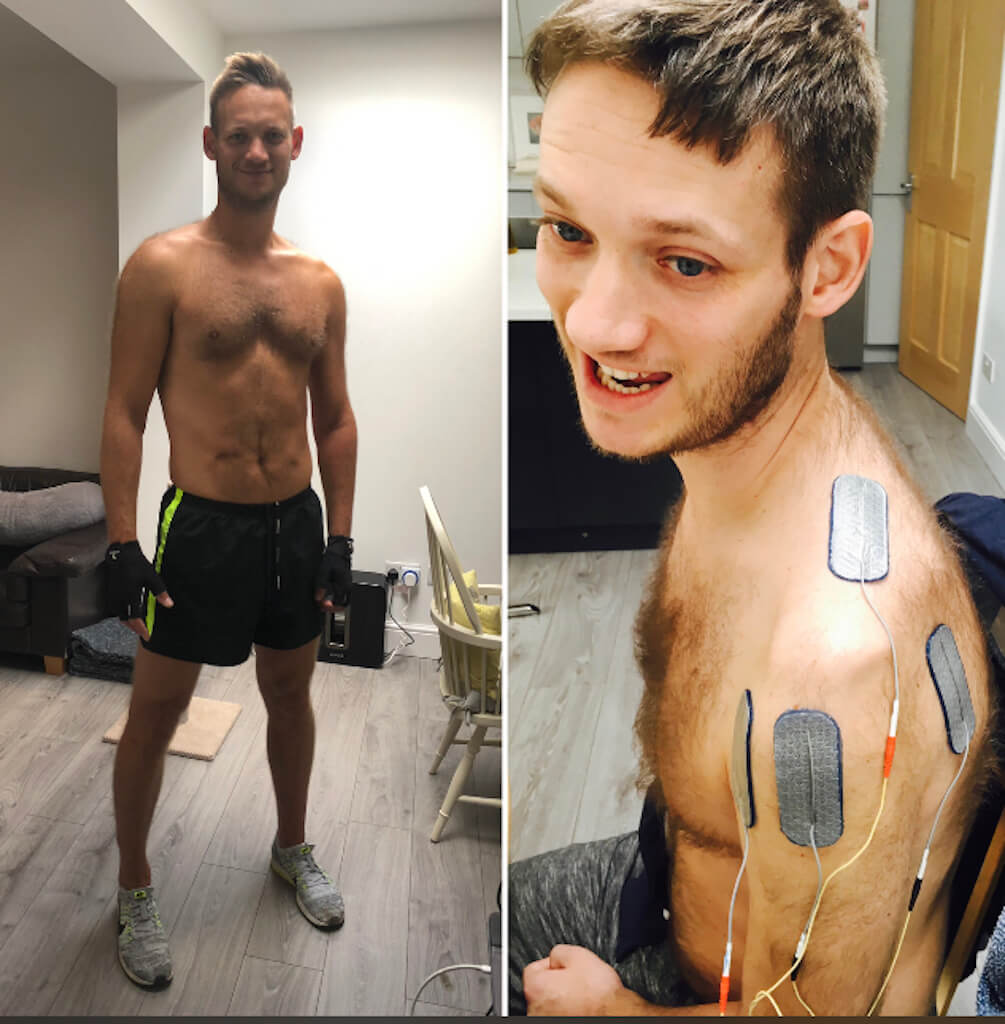 Rebuilding from the ground up

Those mini visions would help see Currie through the toughest of times. After seven weeks at King’s College Hospital, he was transferred to a rehab centre, which he eventually left in February 2017. He then spent the first six months of 2017 in a wheelchair.

“When you get home, you’re thinking, I just want to be able to walk. So you have to have small, little goals like, can I walk that short distance with a quad stick? It might just be two or three yards.”

Currie says his ultimate goal was to walk the 500 yards from his house to the nearest train station. But he broke that down, step-by-step, utilising a day-by-day approach that is often used in mental health and addiction treatment.

“I was basically rebuilding my body from the ground up,” he says. Currie says he had to get the idea of being able to walk or run long distances out of his head from the moment he was in hospital. “That way, smaller goals can then lead to the bigger goals that you’re thinking about.”

This way of approaching recovery pays dividends, adds Currie, especially mentally. It can mean those struggling to recover can feel a sense of achievement regularly, rather than trying to stay focused on the end result, which may be years in the distance.

But it’s not just those dealing with life-limiting conditions like Chris Currie who can find benefits in this approach. Taking these small steps, he says, have helped him on his journey and can help anyone who finds managing worry a challenge, too. That’s something that’s especially true as the world continues to navigate the uncertainty of the pandemic. 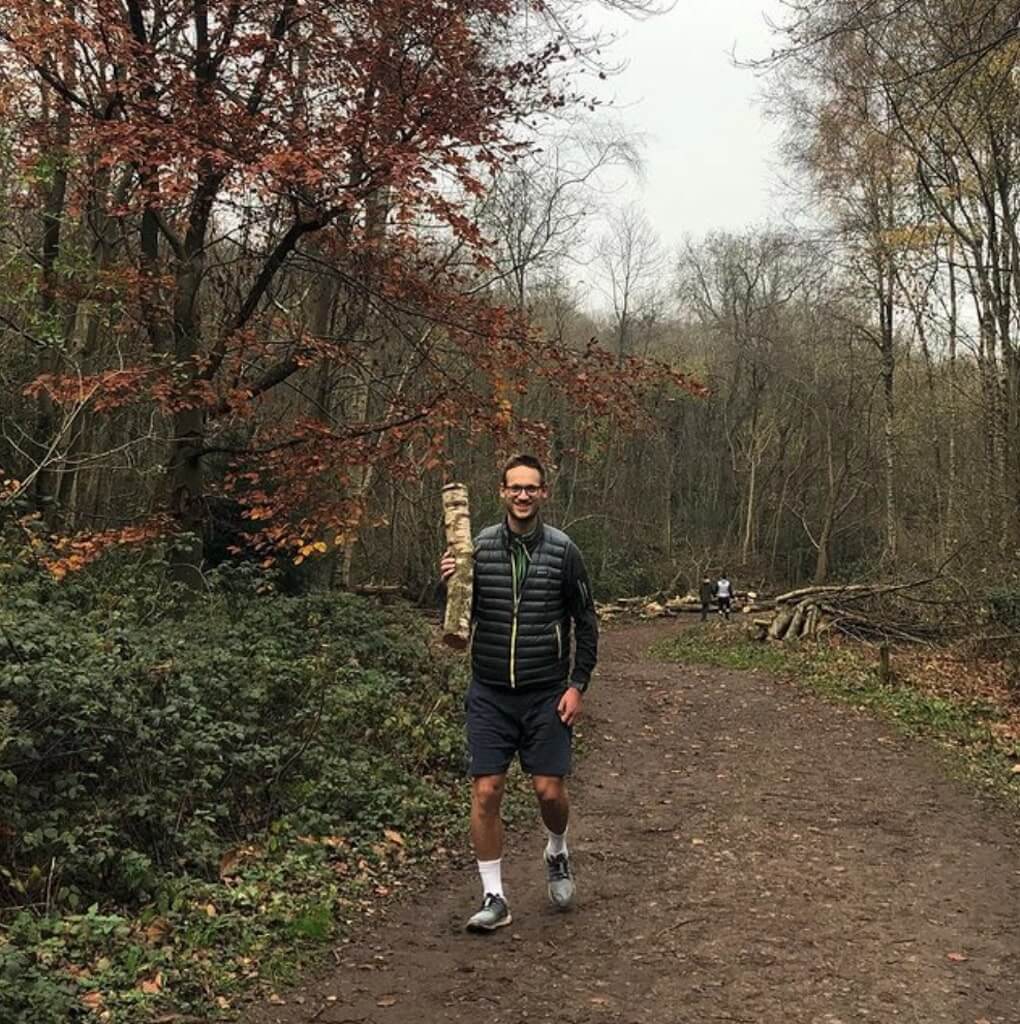 Day by day, month by month, Chris Currie is on the mend

“Put healthy living in the bank”

Today, five years on from his stroke, Currie is cancer-free and continuing his recovery. He has started running again and, during the first Covid lockdown, invested in a rowing machine to help build up his fitness. He hopes to be able to swim again soon and to return to the gym, as well as complete the British 10k.

While his mini vision approach has worked wonders, he says his previous fitness levels have certainly helped, too. He likens exercise and keeping fit to putting money in the bank.

“Don’t leave it too late,” he says. “Put healthy living into your brain bank.”

Coupled with practising mini visions, doing so may just prepare you for the worst that life can throw at you.