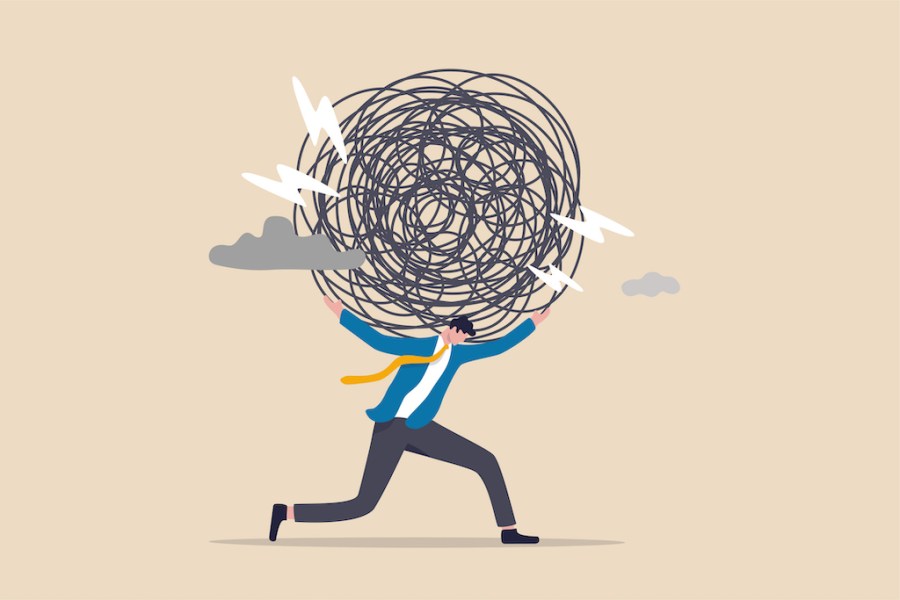 Phones we never switch off. Social media accounts that take up an increasing amount of our time. Work days that start before breakfast and barely end before bedtime. Demands on our time that can seem impossible to get on top of.

We are living in a world primed to create stress, and we are struggling to see a way through.

A 2021 study by the Mental Health Foundation found that a staggering 74% of people felt so stressed in the previous 12 months that they felt overwhelmed or unable to cope. Worryingly, 16% said they had self-harmed as a result, while 32% said they had experienced suicidal feelings.

“The world of work, and what it demands of us, has changed vastly. The level of security that we have has decreased vastly at the same time, and we’re only really talking over the last 20 years. Then you add in the constant stimulation of tech culture. These things create anxiety and stress, and put us into a permanent fight or flight response.”

So, how can we create a world where we’re no longer overly stressed? With stress awareness month running throughout April, now is the time to gain a greater understanding of what triggers stress and why it’s vital we do something to mitigate against its harmful effects.

“The problem isn’t stress itself, but overexposure to unchecked levels of stress,” says Duncan Rzysko, chief of creativity, happiness and innovation at the Stress Management Society.

Ryzko’s job involves him working with organisations to understand how stress is affecting their staff and how they can boost their wellbeing in the process.

He says he is concerned by the physical and mental reactions to prolonged periods of stress, rather than the stress itself, saying it’s these factors which can lead to poor mental health and people being signed off from work.

Anne-Sophie Fluri, a neuroscientist and head of mindfulness at MindLabs, a mental health app, says that there is a fundamental misunderstanding about what stress is. She believes that instead of striving for a world without it, we need to get better at recognising the nuances surrounding it.

“We typically think of stress as this ancient thing, the fight or flight response, when we had to avoid predators,” she explains.

“Now we’re understanding that with our lifestyles changing and the rate of information spreading through the world, the accessibility to it, we can be in more prolonged states of stress.

“We’re also pivoting to an age where we are recognising that there is actually some benefit to stress. We understand that small bursts of stress can actually be healthy. They can propel us into action. They are actually good for brain function. And what we’re now realising is that short-lived, not chronic, stress primes the brain for improved performance.”

She points to a 2013 study conducted at University of California, Berkeley, which found that rats exposed to acute, rather than chronic, stress, actually saw neurogenesis – the process by which neurons are formed in the brain.

The key, she says, is realising that while chronic stress levels are unhealthy, occasional exposure to stressful situations is part of being human.

02. Be aware of your stress triggers

“One of the biggest triggers for stress is demand, rather than just being needed, whether that’s in your professional or personal life,” says Ryzko. He says that the ongoing blurring of boundaries between work and home life – exacerbated since 2020 by the pandemic, but also by our infatuation with smartphones – has helped create a dangerous, always-on culture from which it can feel impossible to escape.

“I would also say control is a major issue,” he adds. “People experience being overwhelmed and having a lack of control. When you feel out of control, you feel hopeless.”

That can lead to a fear of missing out, he says, as well as a sense of hopelessness about not being able to affect events, especially if we’re prone to constantly checking the news or spending hours scrolling on social media.

Awareness of how we behave when stressed is also vital, says Fluri:

“If something is really impairing your sleep; if you’re shutting down; if you’re withdrawing; if you’re dissociating; watching endless hours of TV; overeating; undereating; sleeping too much; or just engaging in negative coping mechanisms, like risky behaviours or alcohol consumption or drugs, then that’s your signal that this is an issue that you need to resolve.” 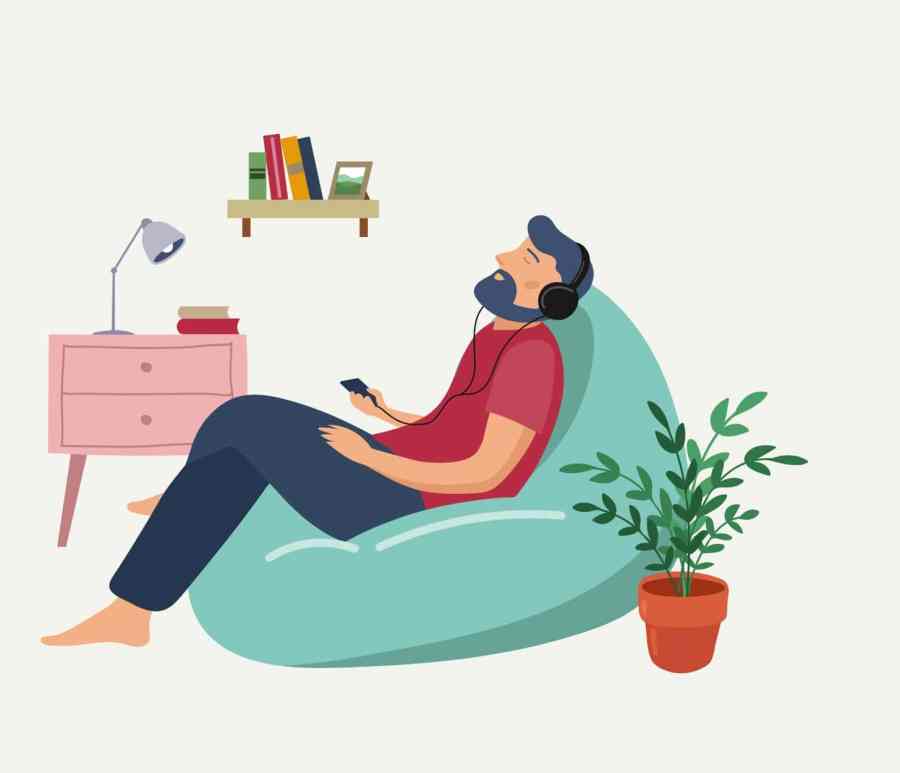 03. Use stress as a catalyst for change

“Stress seems to be the acceptable face of poor mental health,” says Coleman.

“In a way it’s a good thing: a way into the conversation about someone’s internal experience. I think the association with stress is working too hard and, as a society, we don’t see that there’s anything shameful in that.”

Coleman says that many of his clients tend to use the word stress interchangeably with anxiety, and that they’ve made the leap to seeking help because they feel overwhelmed by what they’re experiencing.

This, he says, suggests we’re getting better at saying things aren’t right, because stress is more broadly understood and experienced than many other mental health conditions. That means it can help create the conditions to change our lives for the better through treatment.

“I think what people mean when they say they’re stressed is that it’s too much,” he adds. “You know, ‘I’m overwhelmed with whatever’s going on.’ And often, they start the conversation by talking about work.”

04. Moderate phone and social media use

“When you initially engage with your phone it’s seductive, and it’s enjoyable, but then you can easily go down rabbit holes,” says Ryzko. There is, he adds, no digital sunset or digital sunrise, but endless activity which can lead to endless demands and, in turn, stress.

Social media, in particular, has a lot to answer for when it comes to stress, says Fluri:

“If you’re on social media, you often feel stressed. It really taps into that reward system, which is linked closely with that feeling of stress and achievement. There are definitely ways you can distance yourself from things that are harmful to your mental health, and moderating social media use is one of them.”

Fluri does not use social media and says her mental wellbeing has improved as a result, saying that we need to consider more creative ways to engage with people if we use such platforms for work and business, such as developing real-life connections.

For this year’s stress awareness month, Ryszko and his colleagues at the Stress Management Society are focusing on community.

“It’s all about connection,” he says. “We heard a lot about herd immunity during the pandemic. I think we are a herd animal and humans need a crew.

“I think fostering genuine connections can help you, especially when you distance yourself from social media,” says Fluri. “Social ties have definite health benefits. If you choose to connect to a friend or connect to the world around you, that can relieve your stress.”

In short, it’s about being open, honest and sharing experiences with others. The good news, says Fluri, is that both individuals and companies are becoming increasingly aware of stress and how it can hamper everyday life.

“I think with our increased understanding of the importance of mental health, and how mental health and physical health intertwine, it’s starting to help us change the narrative.”