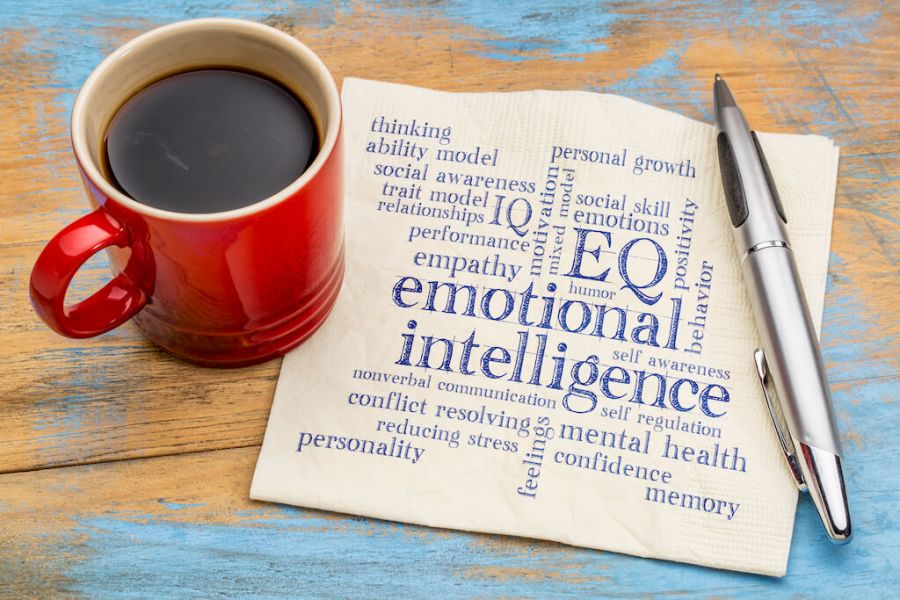 Jim Rees could be any guy you pass on the street. He was born in Tunbridge Wells and lives in a converted garage in Bedford. After leaving school at 15, he worked as a pharmaceutical storeman.

However, this is far from your average Joe, because unlike most guys you pass on the street, Rees once cycled the entire width of the USA – four times – in one of the most relentless endurance races on the planet: Race Across America.

1. Dial in to your emotions

Rees defines emotional intelligence as the ability to recognise and understand your own feelings, at any moment. That can be difficult when experiencing a high-stress situation, like warming up for a big race or preparing for a speech at work.

To better dial-in to your emotions, he says: “Ask yourself, ‘What’s my internal dialogue saying? What am I saying to myself about this situation?’”

Answering these questions to recognise how you feel is the first step towards a better emotional intelligence. If you can size up your own nervousness, it will be easier to overcome. 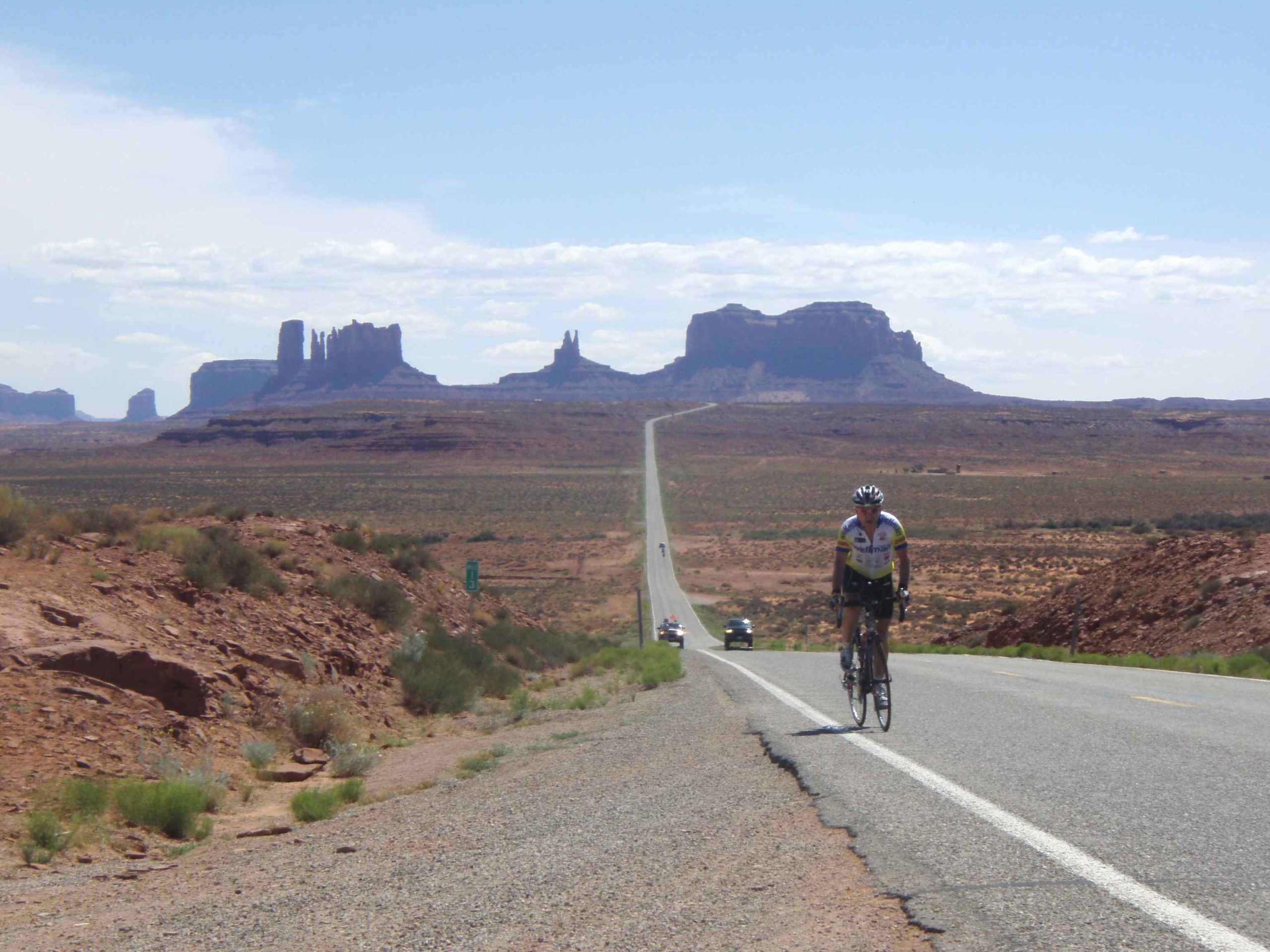 Rees has completed Race Across America four times – once as part of a team, and three times solo

The ‘feeling/thinking trap’ is one motivation to dial-in to your feelings. You need to know them to avoid the trap.

Rees imagines someone who set themselves the goal to run every morning before work. The alarm goes off at 6am. The person wakes up tired and hits the snooze button. They tell themselves they’ll start tomorrow before diving back for more Zs.

“Their feeling is driving their thinking,” says Rees, “which doesn’t help them with the outcome that they’re looking to achieve, which is getting fit.

“What would be better is for them to think about it the night before and say, ‘It’s quite likely that when the alarm goes off at six o’clock, I’m not going to be feeling great, but I’m going to jump out of bed and just get my stuff on and go to the gym anyway.’”

Overcoming your feelings by thinking in this way is crucial to success.

3. Get comfortable in your own skin

The most important aspect of EI, according to Rees, is a high self-regard. That’s why one of his go-to EI-training tools for over 20 years analyses the way someone perceives themselves.

Rees says: “Ultimately, you’ve got to be able to love yourself before you can effortlessly love others. By raising awareness of your thinking patterns, which influence your behaviours and eventually become habits, you can change the story you’ve been telling yourself of who you are.”

4. Respect others how you would like to respect yourself

A high self-regard is wonderful. But it can be dangerous when you lack respect for others. Caring about other people is an important aspect of EI.

“If you have a high self-regard and a high regard for others, you have a really good foundation for all the other aspects that we measure in emotional intelligence,” says Rees.

These patterns develop in our early childhood, from as young as nine months’ old. But Jim believes we’re able to change them with the right motivation.

The ultra-cyclist found a balanced self-regard and regard for others vital when managing a team cycling across America. Over 12 crew members with conflicting personalities were operating in a high-stress environment.

“They were buckling under the pressure and the strains of the race, the sleep deprivation, the hallucinations,” he says.

But he found it easier to control the turbulent atmosphere by empathising with others, while also controlling his own inner environment.

To test your regard for others, ask yourself: Do I care about other people? Or am I judgmental and critical about them?

5. Know what you want from life

It’s a cliché that the most attractive men are those who know what they want from life. But clichés are often founded on truth. And Rees says it’s a big part of a high emotional intelligence.

Most of his trainees struggle to answer the question: ‘What do you want from life?’

“Most people are really clear about what they don’t want,” Rees says. “But one of the big things for all of us is to be really clear and focused about what we want in our lives, because neuroscience is very conscious of the fact you have to focus with great clarity on what you want.”

Rees recognises this and uses it in his Ironman training. When he wants to avoid injury, for example, he stops himself from focusing on injury-avoidance. If he focussed on that, he may end up over-training.

One technique to help you better understand what you want from life is the ‘handprint model’.

First, draw a handprint and write your goal in the palm. Then write five different things that must happen to achieve that goal on each of the fingertips. Once this is done, assess how close to achieving each of the fingertip goals you are. This helps you better understand your current situation. You can then even create a timeline with details about when you would like to achieve each micro-goal.

6. Search for your blind spots

Everyone has blind spots. An ultra-cyclist’s blind spot may be his unconscious fear of pushing too hard in uphill stages. A blind spot is anything unknown to us stopping us from achieving our goals. And as long as you fail to recognise it, you’ll always struggle to overcome it.

The problem is finding them. You’re blind to them. So you need other people to help you see.

Rees says feedback is the best way to notice these blind spots. He calls it the ‘food of champions’. Sports people are particularly open to feedback as they know it’s important to notice blind spots and progress to a more advanced level. But most of us often find it difficult to accept feedback, depending on the culture we’ve been raised in.

Making an effort to listen to other people’s criticism, accepting it, and acting on it, will help to enhance anyone’s emotional intelligence.

7. Recognise that we’re all built for greatness

Rees believes we’re all built for greatness. He still refers to himself as “just a normal guy”. But he’s competed in some of the world’s toughest races and thinks anyone can follow his path with a developed emotional intelligence.

Most of us, in fact, harbour a strong self-belief at the age of five. But by the time we turn 18, only around five per cent of us feel the same way.

Rees knows this more than most people. In his book he makes himself vulnerable to traumatic experiences he had as a child – adoption, abuse, grooming. But we can always exercise our minds to re-embody that childhood greatness.

“I’m an average club cyclist at best,” he says. “But I know I have a different mindset compared to most other people.”

8. Be conscious of the fingerprints you leave behind

Every time we interact with someone, we leave an impression: a fingerprint. Considering this fingerprint is one of the best ways to envision emotional intelligence, according to Rees.

Becoming more conscious of our fingerprints can prompt us to become more emotionally intelligent.