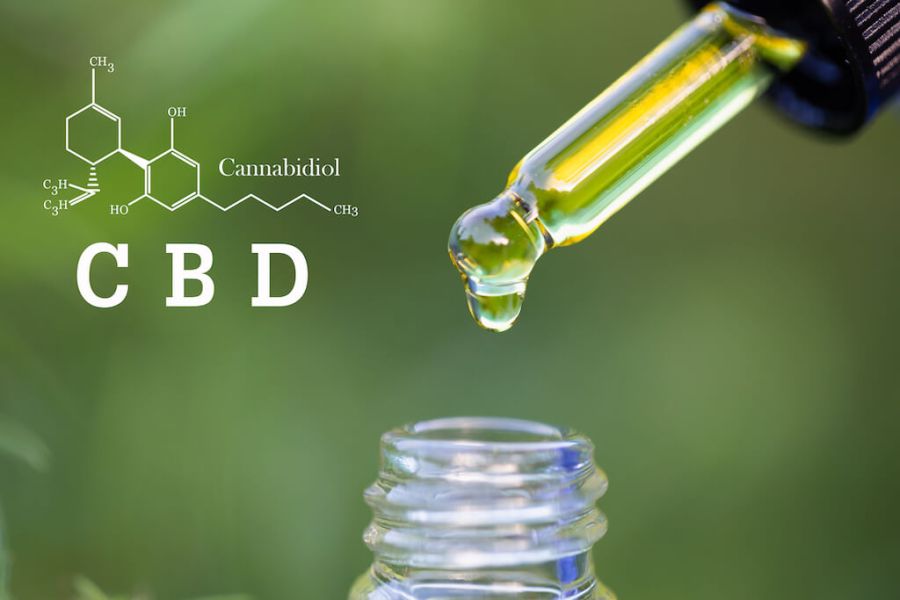 CBD – or cannabidiol – is the new kid on the mainstream recovery block and, like so many other get-fit-quick supplements, there is a lot of hype around it.

The substance is one of more than 100 chemical compounds (known as cannabinoids) of the cannabis plant.

In the UK, CBD has been categorised as a ‘novel food’ by the government and is available in many forms, from drops and oils, to creams, sprays, drinks and gummies.

The list of supposed benefits is extensive, with better sleep, reduced inflammation, pain and anxiety relief high among them. Some brands have also suggested CBD can reduce the severity and frequency of seizures, protect the brain, promote healthy skin, alleviate nausea, benefit cardiovascular health and control weight.

There’s backing from professional athletes, too, since WADA cleared it, with advocates in sports from UFC to triathlon, golf and rugby. Former players from the NFL, where opioids have reportedly been in widespread use as painkillers, have also been outspoken in favour of CBD.

Despite the general lack of evidence for CBD benefits in humans – most studies involve its effects on rats – the market boomed at the end of the last decade. And Marc Burbidge, from the Centre for Medicinal Cannabis (CMC), predicts the industry in the UK alone will be worth £1bn by 2025.

The CMC could be considered part of a powerful international pro-cannabis lobby, which may have helped to drive sales, but countless stories of the benefits also explain the growth.

“Larger doses of CBD have been found to balance neurotransmitters within the body and help with a variety of anxiety-related issues,” says Jess Hillard, nutritionist from leading sports nutrition brand Warrior.

“And although further research needs to be done, there is evidence that CBD activates neurons in the brain, leading to increased amounts of dopamine released. That not only increases energy levels but also mood.”

CBD may also help to calm the central nervous system, as backed up by several studies.

And recent research has shown that CBD could reduce pain and inflammation. It does so by influencing the endocannabinoid receptor system, which works within the nervous system, to ease pain via neurotransmitters.

However, the NHS warns on its website: ‘Some cannabis-based products are available to buy over the internet without a prescription. It’s likely most of these products… will contain THC and may not be safe to use.’

The THC issue has been a thorny one for the CBD market. Until recently, many have seen the law as open to interpretation on allowable levels below 0.2 per cent (which is insufficient to produce a high) and included the psychoactive compound in their products.

Sports bodies, such as UK Anti-Doping (UKAD) and the US Anti-Doping Agency (USADA), urge caution.

‘Despite the permitted status of CBD, there is still a risk to athletes,’ states UKAD. ‘Athletes must still consider the risk of inadvertently ingesting a CBD product that either has a higher THC concentration than expected or contains another cannabinoid that is prohibited in sport.’

All cannabinoids other than CBD are prohibited in sport and USADA says they can stay in your system long after using them. It also claims it is almost impossible to obtain pure CBD extract or oil from the cannabis plant.

And while CBD still has a lot of fans and potential, it doesn’t come cheap.

Ultimately, until more large-scale studies are carried out, the benefits of CBD will remain largely anecdotal. But that’s not to say it won’t work for you.

Many people have reported genuinely excellent results from regular CBD usage, but if you are interested, be sure to build your dosage very gradually – and don’t be too disheartened if it doesn’t completely transform your health and fitness.