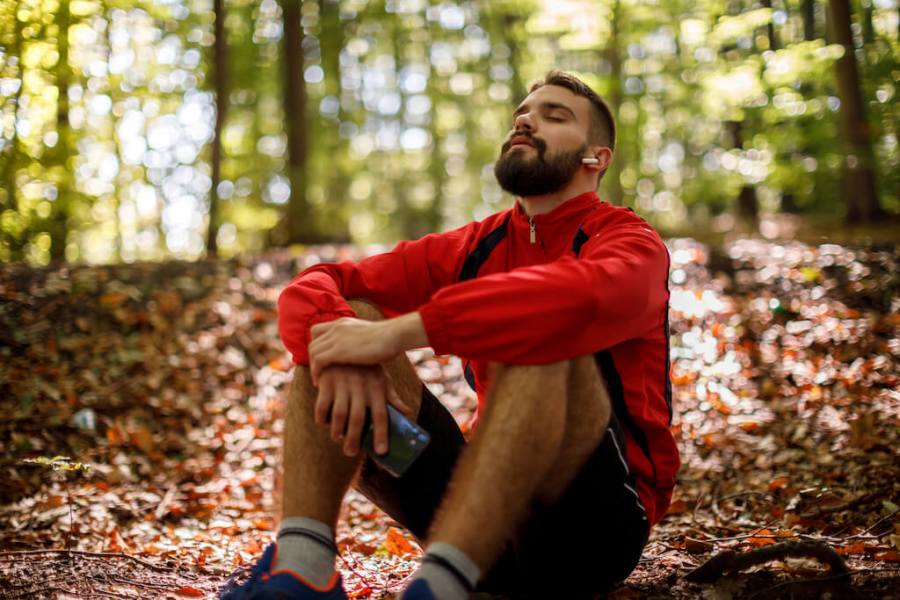 Breathwork, the process of understanding and controlling breath, has gained traction recently, with mental health practitioners, personal trainers and authors praising the benefits of developing a regular breath practice.

Get it right, and the simple act of breathinng can help you deal with mental health struggles, and even improve your physical fitness.

“Because of the simplicity of it, how we breathe is something that we’re very quick to underestimate,” says Jamie Clements, a breathwork coach and facilitator based in London.

Clements runs The Breath Space, and teaches classes and one-to-one sessions focused on functional breathing, nervous system regulation and improving performance. He also teaches on the new MindLabs mindfulness app, which has been billed as the Peloton of mental wellbeing.

“We breathe close to 20 to 30,000 times every single day, usually without thinking about it,” he says. “I think the first thing I always try to make people aware of is that every emotion, every experience that you have, has some level of impact on your breath.”

Before you start on any breathwork techniques, it’s worth considering how you breathe.

“Have a look at how you’re breathing day-to-day, moment to moment,” says Clements. “How can we actually take what you’re doing without thinking about it and make sure that you’re doing it in the best possible way for your health?”

“The fundamentals of functional breathing are breathing light, breathing slow, breathing deep. So you’re breathing gently and slowly down into the belly and out of the nose. The nose will naturally filter, warm and humidify air going into the lungs, so it’s making sure that the air is in the best form to be received by your body.” 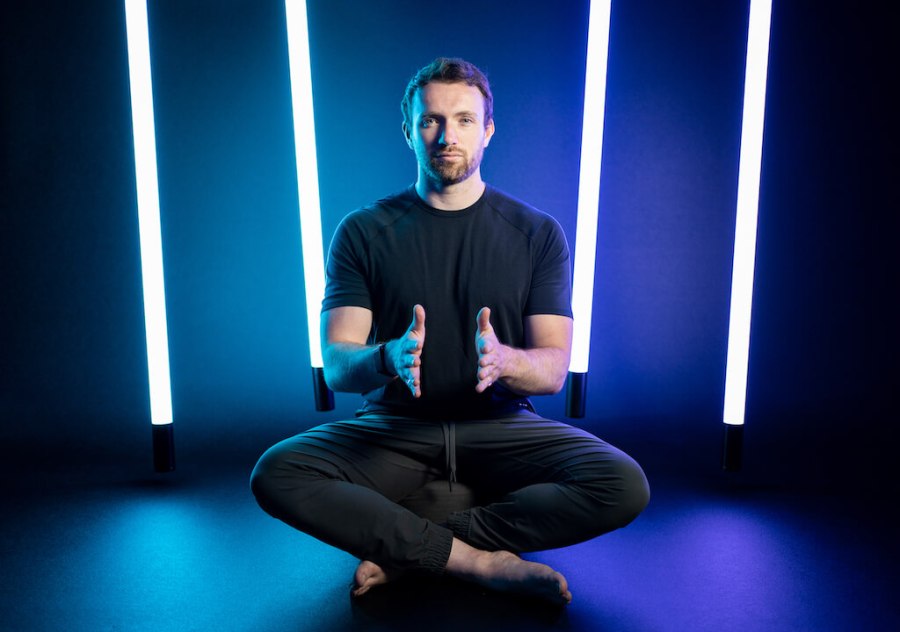 We’ve all heard the disparaging term mouth breather. And there is truth to the fact that it’s worse to breathe solely through your mouth than through your nose.

“If you’re mouth breathing,” says Clements, you’re usually breathing too much for your body’s requirements. Essentially, you’re over-breathing. You’re restricting blood flow to the brain, as well. That’s why people who mouth breathe or over-breathe might struggle with things like ‘brain fog’. They might also struggle with dehydration.”

If you’re breathing in and out of your nose, you’re breathing slower and you’re allowing oxygen to be delivered more efficiently to your cells and your tissues. This has the added benefit of boosting recovery after strenuous exercise, as well as reducing stress levels if you become anxious.

“That system is made up of our fight-or-flight response, stress response and also our rest and digest response: the relaxation part of the nervous system. Any breathing technique, at a basic level, is about how you can manage where you’re sitting within your nervous system.”

Understanding this connection is the first step to realising that how you breathe can have a profound impact, both positive and negative, on your wellbeing and mental health.

Count as you breathe

“Someone with high anxiety is going to typically be overactivated in their fight-or-flight response. That means they’re spending a lot of time with their nervous system in a place of stress.

“With this, what we’re really trying to do is focus on breathing into the belly,” says Clements. “Breathing with your diaphragm has beneficial effects in terms of stimulating a relaxation response. Also, we’re massively reducing respiratory rates. If you’re breathing in and out for five seconds, then you’ll bring your respiratory rate down to six breaths per minute, when the average is somewhere between 12 and 20. That has the knock-on effect of adding to calm and relaxation.”

For even greater relaxation, try using an extended exhale technique. “Extended exhale breathing is about making the exhale longer than the inhale, because our exhale is responsible for the rest and digest response,” adds Clements. “Try breathing in for four seconds, and for six seconds.”

“The way that I would typically work with athletes would be to say if we’re doing low- to medium-intensity exercise, you want to be able to breathe relatively calmly in and out of your nose. The reason for that is that as you start moving your body more, your body starts producing more carbon dioxide, and your body wants to get rid of that carbon dioxide. If it’s rising more quickly, your body wants to get rid of it more quickly – that’s why you start to breathe more heavily.

“The flip side to that is that CO2 is one of the key factors in oxygen being released from the red blood cells to your tissues. So if you’re getting rid of loads of carbon dioxide from your system, you’re actually reducing the efficiency of oxygen delivery to your cells.”

He says that nose breathing when exercising can be tricky and may require stepping back, slowing down and considering the long-term benefits.

“We don’t always want to do that, because you have to take two steps back to then make a lot of steps forward,” he says. “But from my perspective, I think it can make a pretty massive difference.”