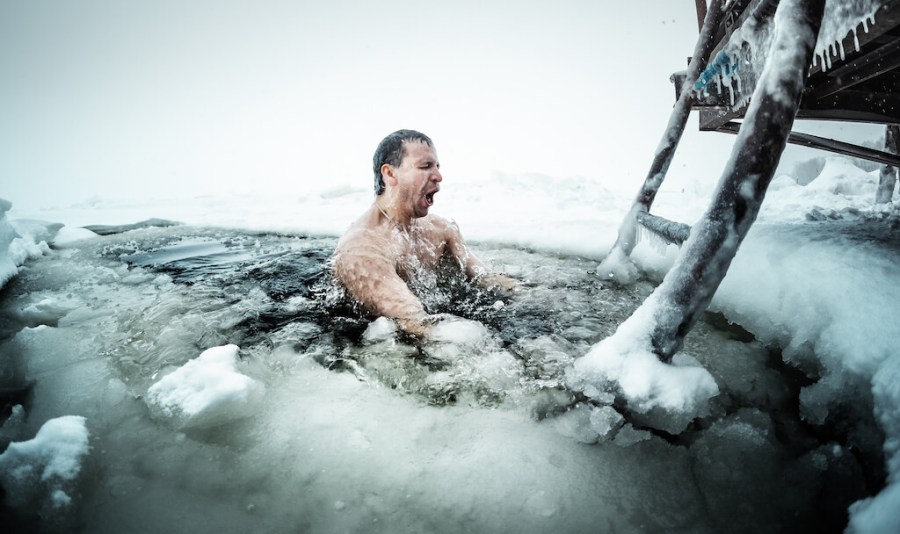 Whether or not you would personally plunge into an ice bath, cold-water therapy is having a moment.

From Freeze the Fear, the celebrity endurance programme overseen by the ‘Iceman’ Wim Hof; to platforms like TikTok, on which thousands film themselves taking the plunge, showing the world that you can stand the cold has become more fashionable than ever.

It sounds like a form of torture. If you wince at the idea of lowering yourself into a regular swimming pool, why voluntarily cover yourself in water around the temperature at which it turns to ice? Well, having an ice bath is able to have the word ‘therapy’ affixed to the end of it because of the purported benefits for the body and perhaps even the soul.

People who talk about the experience do so in an excited tone of voice, like followers of a new religion. Laura Fullerton says that she first tried it at a breathwork and ice bath workshop. “I felt incredible afterwards!” she says. “It’s like pressing the reset button: if I can survive two minutes in the cold, I can handle anything!”

Fullerton is the founder of Monk, which this summer will launch as ‘the world’s first at-home ice bath’. Monk will come with a companion app to help people better deal with the challenging sensation of being immersed in freezing water.

As a newbie, it is famously difficult to control the rate of your breathing at the beginning. Kyle Miller, who takes tourists to Finland on ice bath experiences as part of Flash Pack travel, says these holidaygoers’ first five breaths tend to be frantically fast – “then you realise you’re not dying”.

Miller lives in Finland, close to Norvajarvi, a lake in the Lapland region in the north. Ice baths are a daily routine for him – and around 50% of Finnish people. Every day, he walks out of his house in the morning and reaches the lake within two minutes.

There, he lowers himself into a hole that he hacked out of the ice himself, where he stays for 20 calm breaths – approximately two minutes.

“It’s like coffee on steroids,” he says. “Everything in your system is like, ‘What’s going on? OK, I’m awake; I’ve never felt so alive in my life; this is amazing; I want to get out of here.’”

Miller calls the practice “an immediate shock of adrenaline on your system”, for obvious reasons. He says, “After going through such a challenging ordeal, I’m ready to take on anything and everything in the world.” 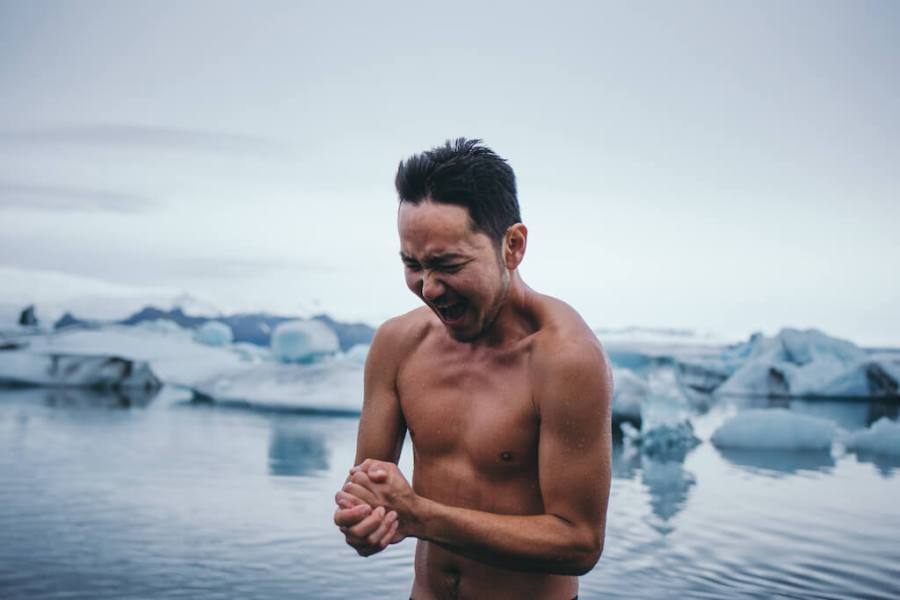 So what are the concrete benefits? Cold-water therapy, and its close cousin cold-water swimming, have demonstrated encouraging results in various studies as ways to improve wellbeing, both physical and mental.

Perhaps most famously, the method is prescribed as a way to mitigate muscle soreness. Like applying ice to a wound, says Miller, it is intended to act as a form of pain relief.

Various studies in the last ten years have discovered that cold-water immersion can improve muscle pain to some extent. In 2018, cold-water immersion in rugby players was said to have provided ‘some beneficial effect by reducing fatigue and soreness’; in 2014, another study concluded that ‘cold-water immersion appears to facilitate restoration of muscle performance in a stretch-shortening cycle’.

Inflammation is a malady treated well by cold temperatures, because blood vessels constrict, helping to bring down swelling.

The benefits go on. A 2013 study demonstrated a link between cold acclimation – different to cold-water therapy but still all about reducing body temperature – and the production of brown adipose tissue activity, which helps us lose weight.

Weight loss would be unsurprising given that the technique is also proven to increase metabolic rate: when you submerge your body in cold water, your heart rate tends to go up and your body works harder to efficiently pump blood around the circulatory system. (When Wim Hof himself was studied alongside his twin, however, there was no significant difference in brown fat production between the two men.)

It is also said that cold-water therapy improves your sleep. Anecdotally, that could well be true for many people, but there are studies that have found both positive and non-existent correlations. In fact, there are more studies demonstrating a link between good sleep and hot showers than good sleep and cold showers.

Many of the studies on cold-water immersion have used small sample sizes, and their results aren’t hugely conclusive one way or another. Because the practice is often combined with a few different elements – exercise and socialising, for example – it is difficult to pinpoint the role that the cold water plays.

Duncan Leighton, a physiotherapist who works for at-home spin and fitness brand Apex Rides, thinks the findings should be treated with a pinch of salt and that, though it has been around for hundreds of years, perhaps ice bath therapy is just in vogue at the moment.

One issue, Leighton says, is that there isn’t even conclusive scientific evidence on why we get muscle soreness. If we don’t exactly know why the problem occurs in the first place, it’s tough to assess treatments “because we kind of don’t know what we’re treating”.

Indeed, as recently as 2019, one study found that ice baths seem to impair muscle conditioning after leg exercises.

But it isn’t just physical problems that cold-water therapy purports to help. It is also marketed as a method with significant mental health benefits.

Fullerton says that, given how horribly stressful the last few years have been, it’s not a shock that the practice has entered the headlines.

“I know many people who’ve used CWT [cold water therapy] as a core tool to help them overcome PTSD, anxiety, depression, and head injuries,” she says.

Perhaps ‘overcome’ might be overselling the efficacy, but there are various studies that demonstrate a link between the practice and a reduction in stress. Though the jury is out on whether it is cold-water immersion alone that help.

Jeremy Howick, a researcher who studies evidence-based medicine, rightly told the New York Times that it is impossible to hide from a participant the fact that cold-water treatment is taking place – making the placebo effect a real possibility. That’s the point, says Leighton: what’s most important is your attitude to the method.

“If someone believes that something’s helping them and they buy into the whole process of it, then I think it can be really beneficial for people,” he says. He himself likes the practice, recommending it as a ‘physical full-stop’, which can be helpful mentally in the separation between exercise and relaxation.

Of course, the risks of cold-water therapy need to be considered alongside the benefits. For pregnant women, or anyone with heart or circulation problems, it will be a dangerous endeavour.

In open water there can be a real risk of exhaustion and drowning – something that companies like Monk will seek to take out of the equation by bringing the experience into the home. Even there, however, there are risks because of the shock the cold water can inflict.

There are a good many merits to cold-water therapy, and the people who practise it clearly get a lot from it. In order for it to be recommended robustly, however, the studies into its efficacy need to be involve more participants.

Before we all plunge into the freezing depths, we should know exactly what we’re letting ourselves in for. It’s very cold in there.