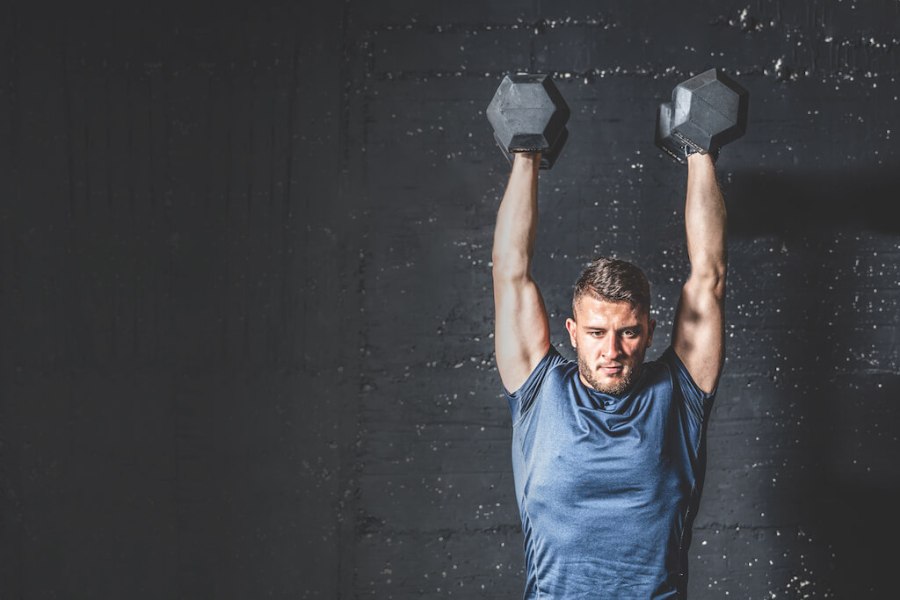 High-intensity interval training is billed as the quick-fix solution to getting in shape, but its core principles are often sorely misunderstood. Instead, says fitness coach Jack Hanrahan, anyone who is not an elite athlete should prioritise a slow-and-steady approach to cardio.

Since the turn of the century, the fitness world – this magazine included – has been fixated on fast and furious fat loss. HIIT is the neatly packaged, time-efficient alternative to hour-long cardio sessions. It’s quick, accessible and guaranteed to leave you sweaty and sore. Its popularity has boomed and it’s easy to understand why.

But when things sound too good to be true, they usually are…

Because while high-intensity interval training, done right, is an essential tool in any elite athlete’s armoury, the ‘HIIT’ most of us are sold is watered down and ineffective.

Sure, bashing out burpees until your red-faced and wheezing is going to burn a few calories, but if you want your sweat sessions to go beyond simple calorie-crunching – to make you fitter, stronger and better conditioned – there’s a smarter way to go.

“There are very good benefits to HIIT when it comes to improving aerobic performance,” says Hanrahan. “And it is critical for elite athletes to be doing high-intensity training, because when done correctly it improves VO2 Max and the amount of power output you can put down at your lactate threshold.”

“But for most people, HIIT should be used sparingly. It is brutally difficult. It’s heart rate above 90 per cent and power output at 90 per cent. So it might be something like six sets of three-minute all-out efforts, with three minutes in-between, but those three minutes are eight or nine out of ten perceived exertion.”

Hanrahan’s issue with the workouts most of us pass for HIIT, is that they’re random and unspecific.

When high-intensity interval training was born in the early 1900s, it was initially used by Scandinavian distance runners to improve strength and stamina. Elite athletes in other sports soon cottoned on, but until recently it remained a protocol for the pros, rather than the general population, for two key reasons.

Firstly, as Hanrahan says, it’s a much more intense method than your average Joe could or should attempt. Secondly, the benefits were purely performance-based. No thought was given to fat loss or muscle definition; this was a tool for helping endurance athletes run, swim or cycle with power and efficiency.

“HIIT works best with cyclical modalities: running, cycling, swimming,” says Hanrahan. “But the age of the influencer  was born and many of them take the label of HIIT – because it’s very attractive from a marketing perspective – and use it to throw random bodyweight exercises together. That has no relationship to HIIT whatsoever.

“They are completely random, there are no scalable progressions, they aren’t getting you any stronger and there’s no evidence to suggest that they’re any better for fat loss.”

The HIIT being sold is appealing because it suggests you can bust out a few fast-paced exercises for 20 minutes or so, and that’s all you need to do. You feel sore and drained afterwards, so there’s the perception that you’ve done something good for yourself.

But, says Hanrahan, “the body only adapts to progressive overload. There aren’t really any progressions you can do with this stuff – when you’re just using your bodyweight in these random orders – and they aren’t stressing your cardiovascular system anywhere near enough to be defined as HIIT – not even close.

“Even elite endurance athletes spend 70 per cent of their training at low intensities; only 10-20 per cent is HIIT-based (proper HIIT), because it’s so taxing.”

Cut to Hanrahan’s front room, London’s skyline just visible through the window, where he’s talking his 200k+ Instagram followers through a workout that’s a far cry from conventional fat-burning circuits:

If you think getting lean depends on killing yourself with fast-paced cardio, Hanrahan is on a mission to show you otherwise.

When the UK was first locked down, he, like all of us, was forced to get creative with his workouts. So while the gym’s ski erg and Wattbike were off limits, he turned to a new form of steady-state cardio.

“I started playing with bodyweight exercises and tracking my heart rate, thinking what I could do to get my heart rate to 130-140 BPM [the upper Zone 2 heart-rate zone that’s optimal for fat burning] and hold it there.

“I started playing around with moves and realised some work well, some don’t, because some spike the heart rate too high and are impossible to maintain. That was how anti-HIIT was born, because I wanted to replicate long, steady cardio.”

Rather than using just one exercise, which would tax the same muscles too much, Hanrahan paired two or three unrelated exercises that work different muscles, with a very small interval in-between. And instead of going hell for leather with each rep, calm and controlled is the name of the game.

“One of the key benefits to this type of training is that it’s very low risk,” says Hanrahan. “A lot of the bodyweight ‘HIIT’ sessions out there involve jumping, and that makes no sense.” (He’s quick to point out that he wouldn’t class a jumping jack as a jump, because it’s very low impact and your feet are barely leaving the floor.)

“Plyometrics is advanced power training, which you should be doing for five or six reps max. It’s very high skill, joint stress and neuromuscular component, which doesn’t go well with fatigue. It creates a lot of soreness and it feels hard, but just because something is hard doesn’t mean you get good results from it!” 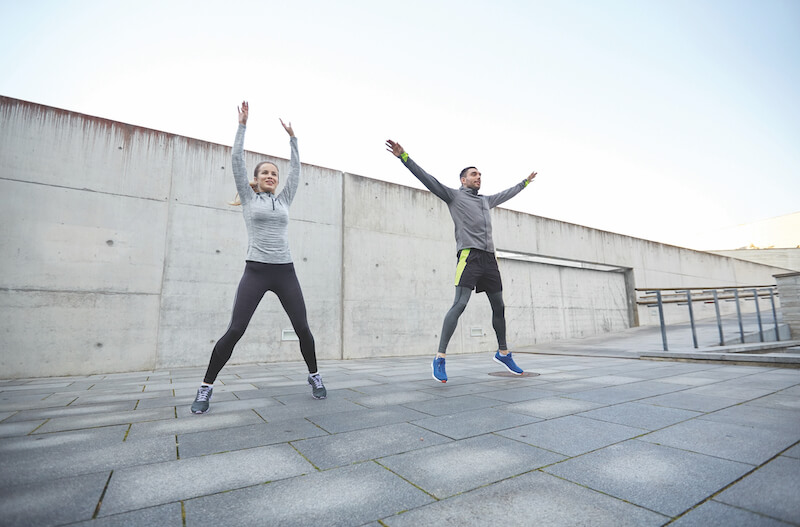 Depending on your fitness levels, you’ll need to adjust the total time of your anti-HIIT sessions, as well as the rest you take between moves. Hanrahan recommends 20 minutes if you’re just starting out, building up to a max of 40 minutes.

As for the moves you use, Hanrahan’s favourite pairing is jumping jacks and mountain climbers, but your best choice will depend on your own heart-rate measurements.

“If you want to add weights,” he says, “something like thrusters paired with kettlebell swings – with a very light weight –works quite well.”

However, if you do go down the weights route, he stresses the need to avoid exercises that feature in your strength training programme.

As for reps and rest time, he recommends doing each exercise for no longer than 30 seconds, with minimal rest between moves and a few deep nasal breaths as your rest at the end of each round. For example, you might do 10 high knee skips (each side), followed immediately by 10 light dumbbell thrusters, then a few deep recovery breaths.

There’s a good chance you’ll find the first few minutes a walk in the park – particularly if you’re accustomed to full-throttle HIIT – but after the ten-minute mark you will begin to feel it. That said, if the first five minutes are way too easy, Hanrahan recommends pushing a bit harder to start off with.

“Get the heart rate to where it needs to be,” he says, “then settle into a pace to sustain it. For the first five minutes, you could reduce or even remove rest intervals – just go back and forth between the exercises.”

Time and a place

There is still much to be said for conventional high-intensity interval training. Although brutally difficult if performed correctly, there’s no feeling quite like giving it your all and completely emptying the tank. The key, however, is to use it sparingly alongside a higher amount of low-intensity cardio sessions.

“My general rule is to do at least two low-intensity workouts for every HIIT session – and even then that’s only for people who are very well trained,” says Hanrahan.

“A proper HIIT session involves repeated bouts of work interspersed with rest, at an exercise intensity that is 85 per cent or more of maximum heart rate and power output. For example: rowing for one minute on, two minutes rest, repeat five times.”

That one minute of work, though, should be close to max effort.

But for the majority of your cardio needs, taking your foot off the gas and sticking to those more sustainable heart-rate zones is going to provide all the fat-burning, fitness-boosting benefits.

Your muscles, immune system, and possibly even your motivation to work out, will be stronger for it.