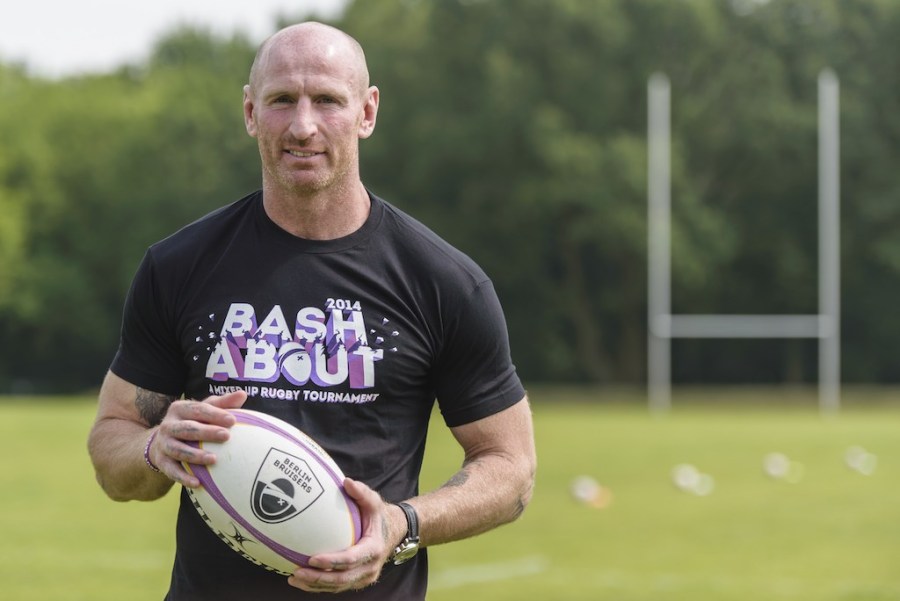 Rugby legend, HIV campaigner & gay sports icon Gareth Thomas speaks to Men’s Fitness about the meaning behind his tattoos & how he stays fit…

From weights-room advice, to practical workouts for putting talk into action, strength is a theme you will have seen a lot of in Men’s Fitness.

But strength is about more than how much you can lift. There’s strength in forging your own path, in facing your fears and in being a force for change – and former Welsh rugby star Gareth Thomas embodies every sense of the word.

A man mountain with 41 international tries in 103 appearances, he excelled in a sport where power and raw physicality are the names of the game.

However, it speaks volumes that despite such a glittering sporting career, Gareth Thomas is as much of a name outside of rugby as within it.

In 2009, Thomas announced publicly that he is gay, making him the first openly gay professional rugby union player. The following year, fans voted him the most influential gay person in the UK.

More recently, in September 2019, the 46-year-old announced that he is HIV positive – one day before completing an Ironman – before making a BBC documentary titled Gareth Thomas: HIV and Me.

Whether he’s inspiring other gay sportsmen to come out, or addressing misconceptions around HIV by completing one of the world’s toughest endurance events, Gareth Thomas has made it his mission to challenge stigma at every turn – and his new podcast, Skin Deep, which looks at the stories behind tattoos, follows a similar theme. 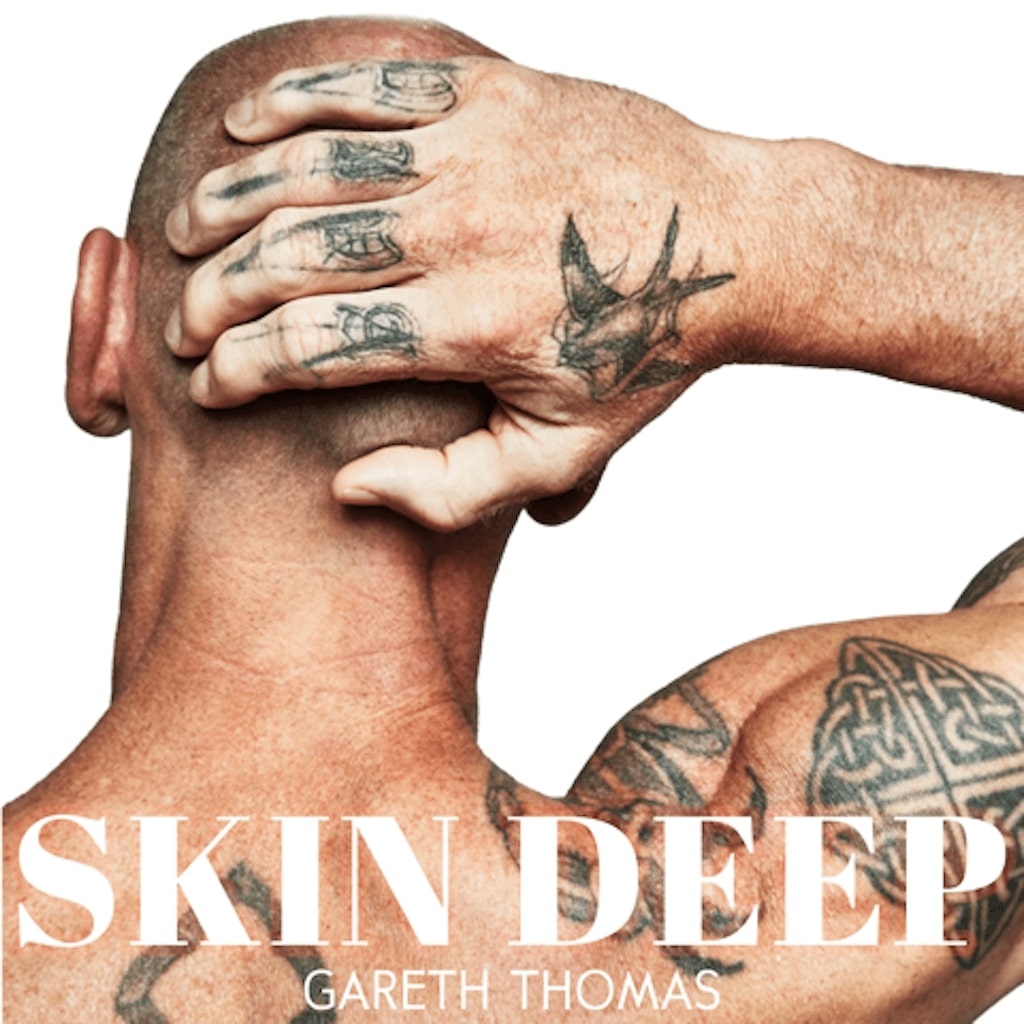 Skin Deep, the new podcast from Gareth Thomas, explores the stories and meanings behind tattoos.

Gareth Thomas, talk us through the premise of Skin Deep.

It’s about exploring the stories behind tattoos. There are a lot of misconceptions, and a lot of stigma, around tattooing, but for me and everyone I’ve spoken to there is always significant meaning behind every single tattoo.

When you start to speak to other people, you realise everyone’s got a story they want to tell, and speaking to someone about their tattoos is a way of really getting to know them – in a much more deep and meaningful way than surface conversation.

You find a different narrative about people, because they’re able to tell their own stories through their body art.

Do you think people are becoming more willing to outwardly express themselves with tattoos?

I think the fashion of tattooing will never go away, and I don’t think that that’s a bad thing. I’ve never had a tattoo for a fashion reason, but I understand that there are tattoos that just look really good on people!

They can provide a certain amount of confidence, too, and I think people are much more willing to be bold and brave with showing their tattoos off.

What was the first tattoo you got?

It was the cartoon character Yosemite Sam, when I was 15. I got it done for no real reason, but it ended up growing into something significant.

So even if you have a tattoo that you might regret, it will always represent a moment in time and that very fact makes it worthwhile.

Do you know how many tattoos have now Gareth Thomas?

I can honestly say I don’t know how many I have. But I’m 46 now and I’ve lived quite a well-documented life of extreme highs and lows, and I do know that every single one of my tattoos reflects my ups, downs and in-betweens.

There’s a famous saying in the tattoo world that goes something like, ‘show me someone with a tattoo and I’ll show you someone with an interesting past,’ and I think I typify that slogan. 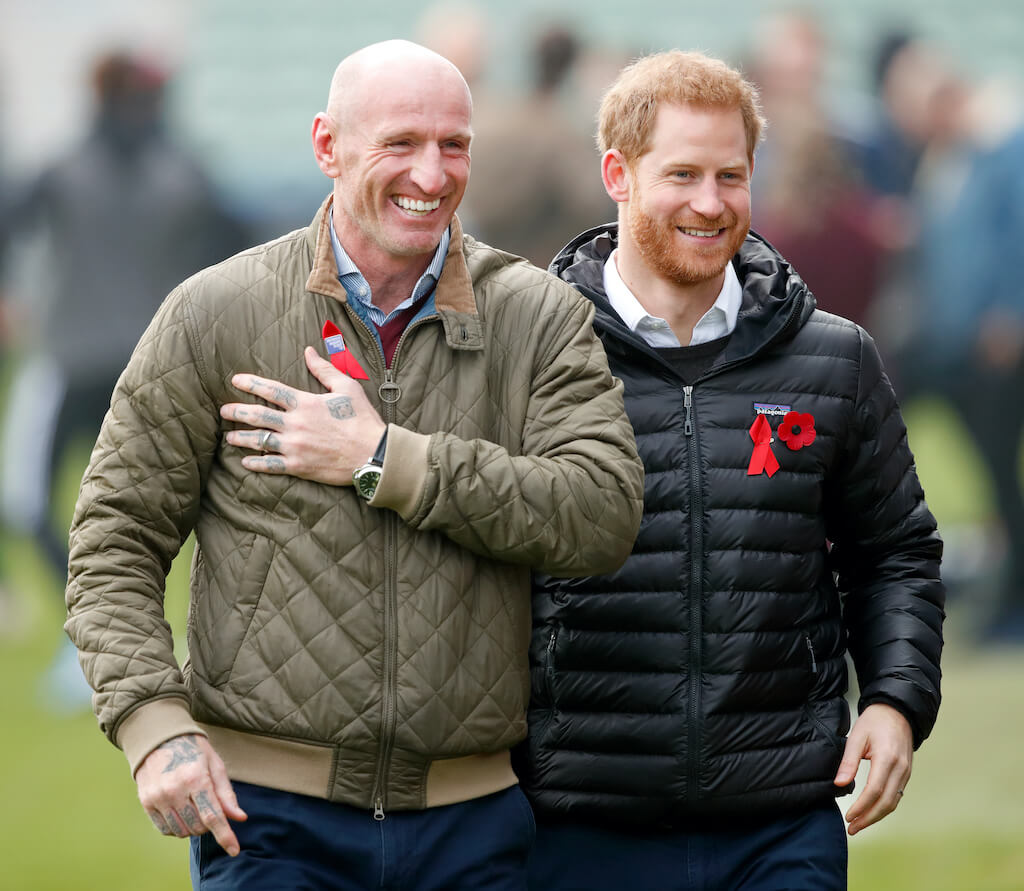 Many rugby players find transitioning away from rugby at the end of their careers incredibly difficult, but did you find that you had a new purpose that made leaving rugby behind easier than it might have been?

No not really, because regardless of your next chapter, when all you ever wanted to be was a rugby player, it’s always going to be difficult to move on from that.

When that sole purpose is taken away from you – and at such an early age, because rugby is a short career – it’s difficult.

When you’re a player, you spend a lot of time being afraid – afraid of letting your teammates down, afraid of the opposition, afraid of losing – but it teaches you how to overcome that fear and actually harness it for motivation.

Which is exactly what I did when I retired: I had a whole future ahead of me that was full of unknowns, but fear is my biggest motivation.

You conquered an Ironman last year, just a day after revealing you were living with HIV. Did that give you added motivation to get round in a good time, or did it leave you feeling emotionally drained?

It was difficult, because it added a lot of pressure. And again, if I hadn’t been a sportsman, I think I might have crumbled under all that pressure.

People either learn from words, or actions, and by revealing that I was living with HIV I had consciously put the words out there, then I had to go out and do the Ironman to show that it hadn’t affected me.

I had to show people my strength, and I had been in enough pressurised situations to know that I simply had to perform. 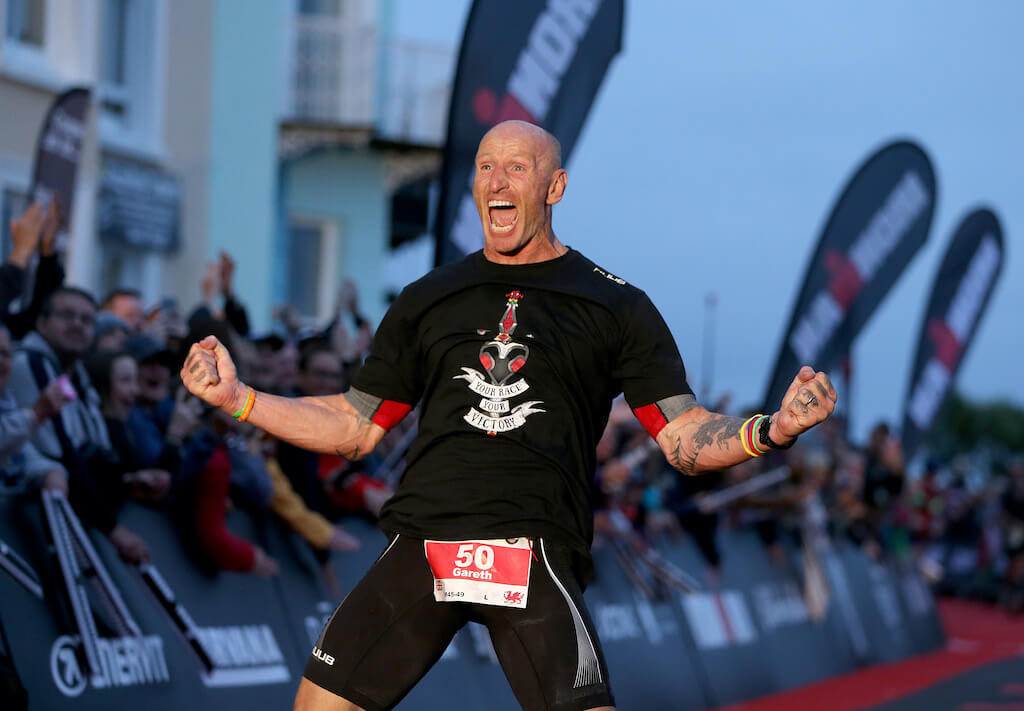 How was the race itself?

It was hard, but mainly because it was so fucking long! You get in the sea (and I had only learned to swim about six months previously) and you swim for about an hour, then you have six-and-a-half hours on the bike, then you think, OK just the run to go, but it’s a marathon!

I’m so used to all-out, short and sharp exercise that it was hard to pace myself and go slower than I thought I needed to. I also love being part of a team and that’s why rugby meant so much to me – it was like a family – so all of a sudden being an individual was quite hard, and the whole way round I was trying to find people to run with or cycle with, just to feel like I wasn’t on my own.

You’re obviously still in good nick – how do you stay in shape these days?

I swim a lot in the sea – we live right on the beach and I’ve found a real passion for swimming. I train every day, and it is difficult to get out of bed in the mornings sometimes, but I know that I don’t just train for my physical fitness.

I’m at an age now when I could easily stop training. People think you reach a certain age and you don’t need to stay fit any more. But physically, I need to feel good to be able to mentally accept the challenges that come my way.

I always took physical fitness as a given, because I was paid to be a professional sportsman. I’m not paid to go to the gym any more, but I choose to because I know that it’s like turning the key in the engine, and everything in my life benefits.

Listen to Gareth Thomas’ podcast on the meaning behind tattoos, Skin Deep, on Spotify or at podcasts.apple.com.