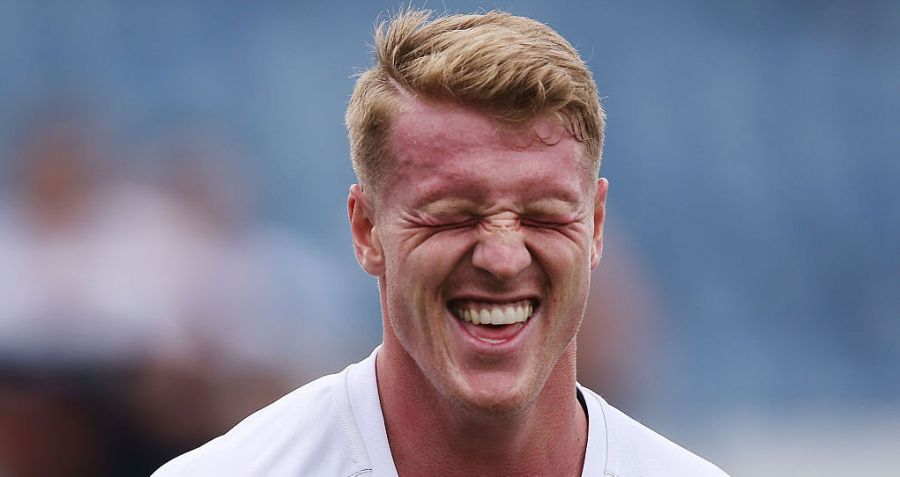 Being an athlete makes absolutely no sense, from a biological standpoint.

For millennia, human evolution has favoured energy efficiency. Allostasis – the intrinsic process of regulating blood glucose levels, blood pH, body temperature and more – is a big task most of the time, especially with our big brains consuming as much as 20 per cent of our energy resources.

Exercise, especially in the extreme, tends to make that job even harder: burning through glucose, messing with our body temperature, dehydrating us.

That inclination to preserve energy is also why, when faced with the choice between bingeing on Netflix or running a marathon, many people will find a comfy spot on the couch.

Except some of us do run marathons – and longer. Much longer.

The inclination to push our bodies past the point of depletion is by no means new, and for centuries we’ve watched superstar athletes in awe, wondering how the human body endures the demands we place upon it.

These days, however, we’ve got the tools to assess exactly what happens to the body when we do and, helpfully, a growing body of data as endurance sports become more and more popular. 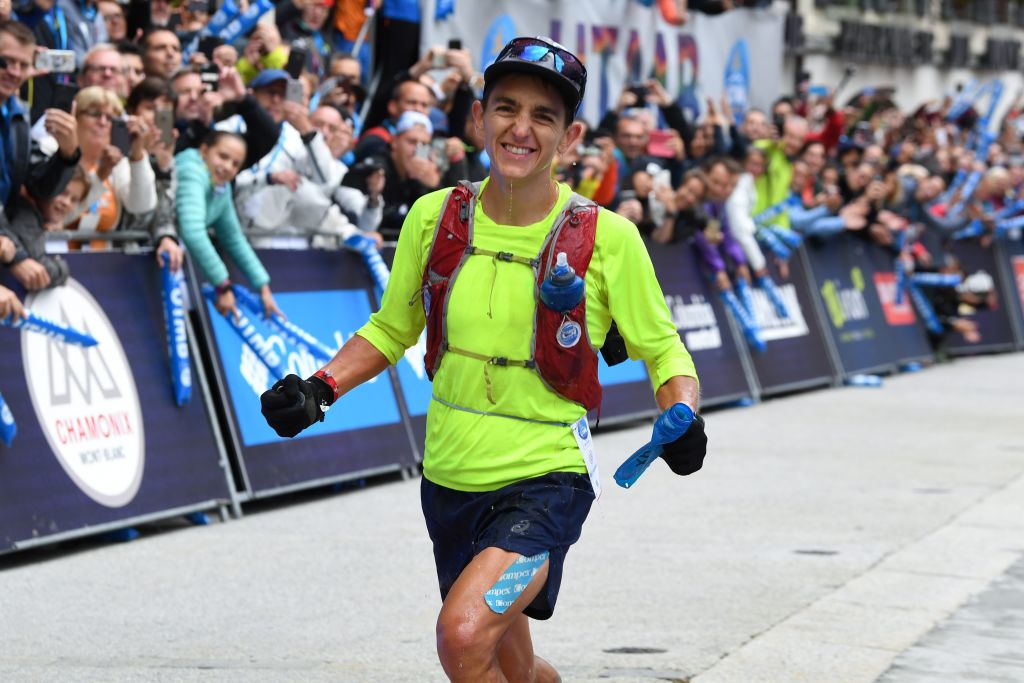 Take ultrarunning. Once a few brave souls running in a handful of impossible-sounding races, between 1996 and 2018 the number of people running ultras grew 345 per cent.

The average ultrarunner lands on their feet 5,000 times an hour, and stress fractures in the feet, leg bones and pelvis are common. With that repeated pounding also comes serious chafing and blisters, not to mention bleeding nipples and blackened toenails.

As you run and your body shifts its blood supply towards the working muscles and away from the gut, cramps, nausea, vomiting and diarrhoea are all likely – gastrointestinal problems are the number-one reason people don’t finish races.

Then there are the course conditions themselves, which can induce hyperthermia or hypothermia; while wind can whisk away the protective layer of liquid over your cornea so that it swells, causing blurred vision and, in some cases, temporary blindness.

Adharanand Finn, author of Rise of the Ultra Runners, told us that ultrarunners talk a lot about the ‘pain cave’.

“Most ultrarunners will know instantly what you mean,” he says. “It’s not the same kind of pain you get if you’ve broken your arm… it’s more debilitation, you feel completely debilitated. Every ounce of your body is pleading with you to stop.”

And the worst part is, you can stop. At any time.

“There is just this huge temptation to do what your body is screaming at you to do,” Finn adds. “Everything is aching, kind of weeping at you. So you have to make a conscious decision to carry on.”

Firstly, no one wakes up one morning and decides to run 100 miles (well, maybe some people do, but it’s not advisable). You have to train for it.

And just as you’re training your muscles to last that little bit longer every time, you’re also training your nervous system to cope with the onslaught of pain you’re throwing at it.

Recent research shows how deeply endurance sport changes how our nervous systems process pain, for both good and ill. A 2013 study found that although athletes do have a higher pain tolerance, their pain inhibitory systems are less responsive than non-athletes’.

That’s likely due to the frequent activation of the ‘conditioned pain modulation’ (CPM) system. On the plus side, the CPM is what allows athletes to endure 100-mile marathons, through the judicious release of our endogenous painkillers, the neurochemicals the body deploys to dampen pain.

But by routinely engaging in extreme endurance challenges, athletes have recalibrated their pain inhibitory systems: an athlete’s body does not activate their CPM and therefore doesn’t deploy endogenous painkillers until the pain reaches a higher intensity.

And about those endogenous painkillers: most of us have heard of the ‘runner’s high’, that pain-free flow state of relaxation and effortlessness.

Clinically, this ‘high’ is known as ‘exercise-induced analgesia’ and is characterised by a decrease in anxiety, pain inhibition, sedation and euphoria.

There isn’t just one system responsible for the runner’s high, but essentially physical exercise elevates the circulation of our endogenous opioids, most especially in brain regions known to play a role in emotional processing, giving rise to that feeling of happiness.

Studies have also demonstrated changes in endorphin, endocannabinoid and GABAergic signalling, all of which are related to reducing anxiety and pain.

But a modified pain threshold and exercise-induced analgesia are not enough to explain how exhausted, aching runners keep running. Because in every race he ran, there came a point that Finn thought he would stop – had to stop. But he didn’t.

What kept him going was his conviction that the pain was all in his mind. In one ultra race, Finn had just run down a steep hill and his knee started aching. It was only two hours into the run and he wasn’t ready to call it quits:

“I laughed at myself, and I thought, ‘You’re going to have to do better than that!’” His knee stopped aching.

Just as there always came a point where Finn wanted to stop, there was also always a point when the pain he was in – the aching quads and screaming achilles tendons – would simply disappear.

“I came to the conclusion that a lot of the pain that I was experiencing earlier on in the race was imagined. My brain was trying to slow me down by telling me that everything was aching.”

This isn’t a straightforward ‘mind over matter’ situation. Finn was undoubtedly aided by his endogenous painkillers and modified pain threshold as a result of all of his training.

And stress fractures, exhaustion-induced cardiac arrest, dehydration are all real things; the pain and fatigue we experience before those occur are signals that we may be overreaching, so it’s important not to just brush them aside.

However, cognitive coping strategies – like telling yourself you’re just imagining all that pain – are what enable us to be a bit more sceptical of the signals we’re getting.

Finn’s experience tallies with a 2007 California State University study of Olympic cyclists that examined how the athletes coped with exertion and pain during performance.

The most used strategy? Reminders that ‘pain was purely perception’.

That, combined with positive self-talk, goal-setting, relabelling your sensations as something other than pain (the pain feels like ‘vibration’) and reframing pain as useful, are all frequently used cognitive coping strategies among endurance athletes.

‘Whenever you exercise just until you feel unpleasant and then stop, you’re categorising your physical sensations as exhaustion,’ wrote neuroscientist and psychologist Lisa Feldman Barrett in her book, How Emotions Are Made.

‘You’ll always exercise below your threshold, despite the health benefits of continuing.’

But by re-categorising the unpleasant sensations as something else, you can push harder and longer.

Using cognitive strategies also implies a degree of acceptance, which can be a powerful tool in itself.

The effectiveness of ‘embracing the suck’ was demonstrated in a 2018 study in the journal Pain, investigating what psychological factors may explain endurance athletes’ higher pain tolerance.

Researchers compared 20 ultrarunners to 20 age- and gender-matched controls, finding that the ultrarunners were able to hold their hands in super-cold water significantly longer than controls.

The biggest factor explaining the difference was that ultrarunners reported less escape or avoidance tendencies. They weren’t afraid of pain.

Ultrarunners have learned that pain is not something that just happens to them; they have a say in how it is experienced.

They’ve learned that the pain cave is less a cave and more a tunnel – and that there might just be light at the end of it. 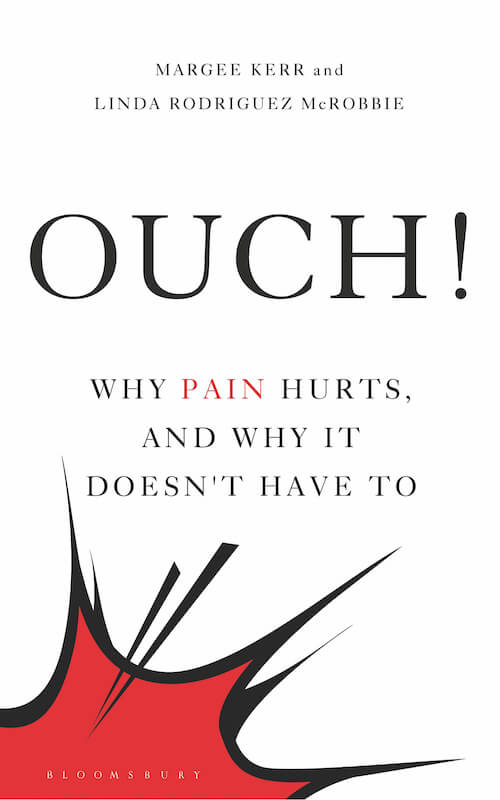 Ouch: Why Pain Hurts, and Why it Doesn’t Have To by Margee Kerr and Linda Rodriguez McRobbie (Bloomsbury Sigma) is published in hardback. Available at all good bookshops and at bloomsbury.com