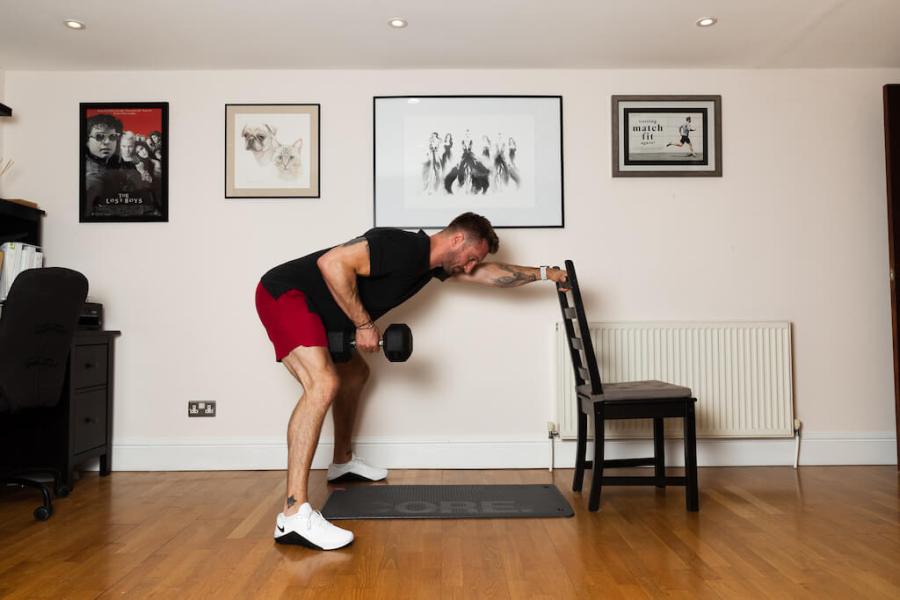 Progressive overload is the principle of increasing demands to continue to see gains, but if you don’t have heavier weights at your disposal there are other tactics you can employ…

The progression from split squat to Bulgarian is straightforward, as elevating the rear foot distributes more weight over the front leg, then a reverse lunge adds a dynamic element to the movement, and finally a forward lunge means managing deceleration and change of direction.

Despite the walking lunge being the most advance movement, it’s often given to beginners and in bootcamp workouts simply because its ‘hard’.” 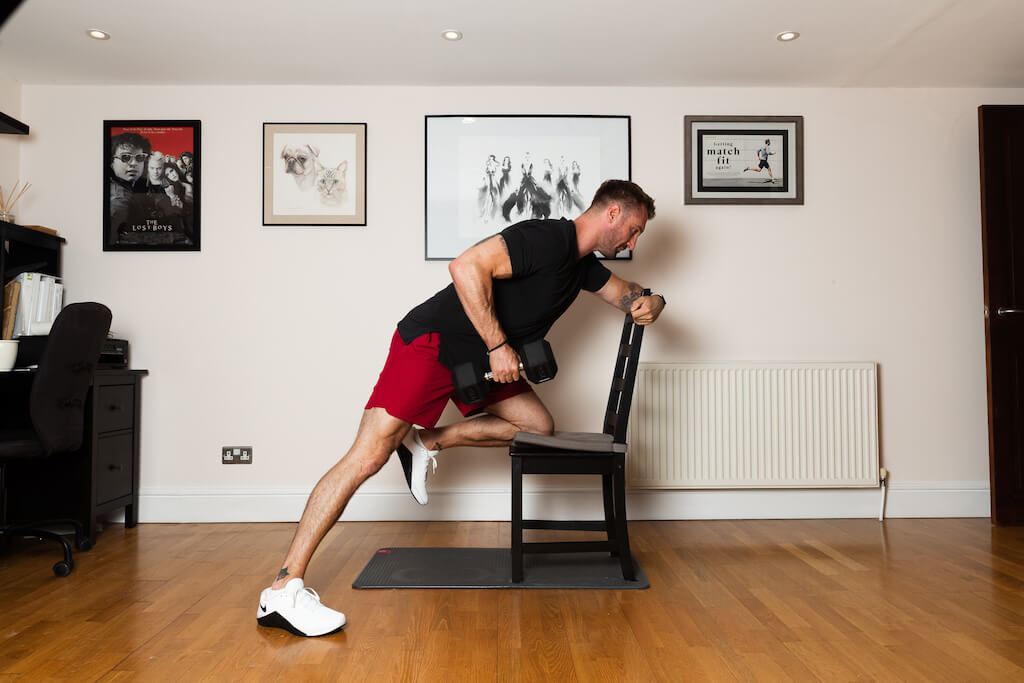 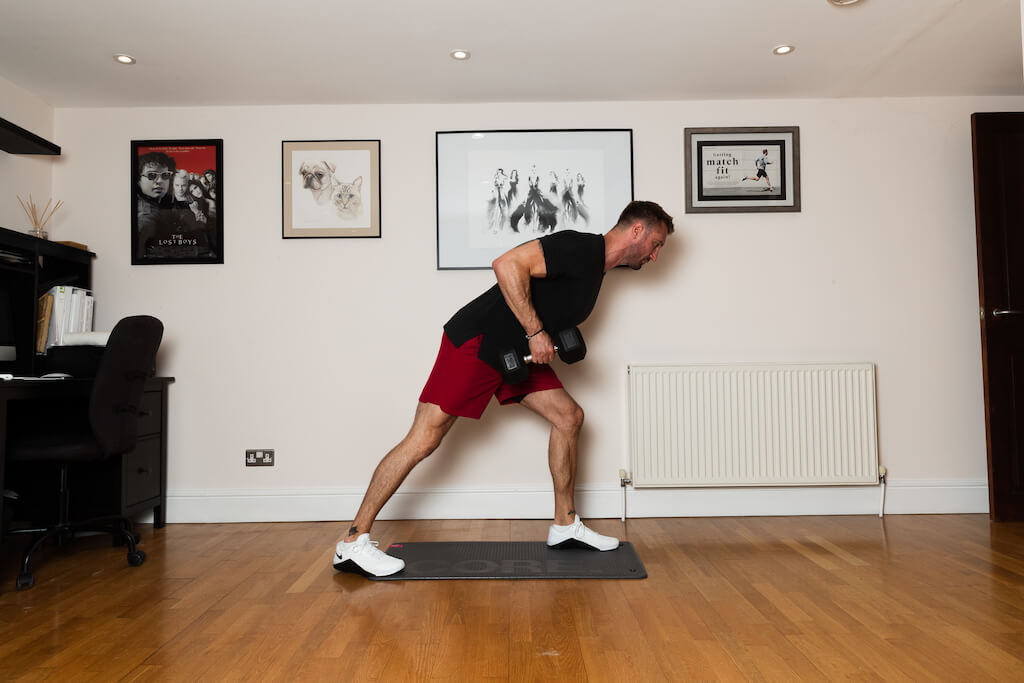 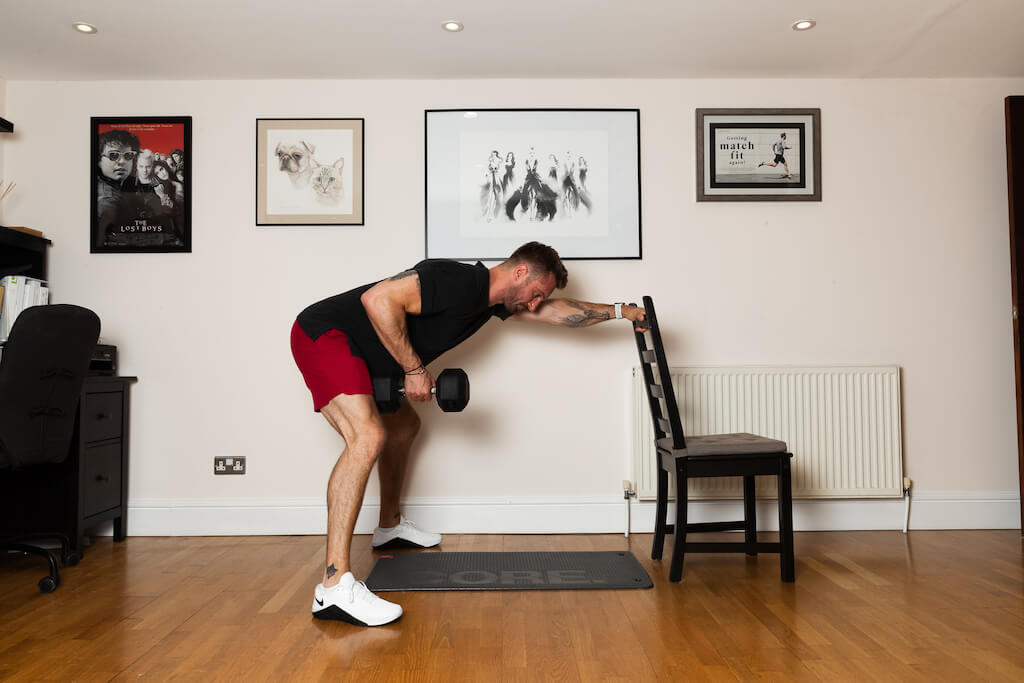 “Performing the same exercise with the same weight, but achieving a lower RPE (rate of perceived exertion) is a way of marking progress,” adds Worthington.

“Why not challenge yourself to perform the same movement with cleaner and more proficient technique, while lowering your RPE?”

“Finally,” says Worthington, “the ‘density’ of a training session is measured by the number of sets completed within a set period of time.

“So rather than simply adding sets and reps to make the session longer, you can progress by keeping the same time limit but trying to achieve an additional set within the same period.”

Progress without adding load ⁣ ⁣ As the big re open happens across England this week, there can be a temptation to race back to working with the loads and intensities that we were handling back in March.⁣ ⁣ Progressive overload is important, however, worth reminding ourselves that there are more ways to progress an exercise than simply lifting more, or doing more reps.⁣ ⁣ 3 little demos here of goblet squat progressions all using the same kettlebell:⁣ ⁣ 1 – Kettlebell goblet squat, one of the most simple squat variations, but also finds its way into my most advanced clients programs ⁣ ⁣ 2- Goblet squat with press away (also known as ‘heart beat’ goblet squat). Adding the press away creates an increased demand for core stability – a great first progression, but also useful for more advanced people looking to ‘own’ the bottom position of their squat.⁣ ⁣ 3 – Offset load kettlebell squat. Adding a frontal plane (left to right) challenge. The goal is to continue to squat square on, resisting the temptation to shift your hips under the weight. Building a lateral core component into the lift.⁣ ⁣ Take your time, the gyms will also be open next week!⁣ ⁣