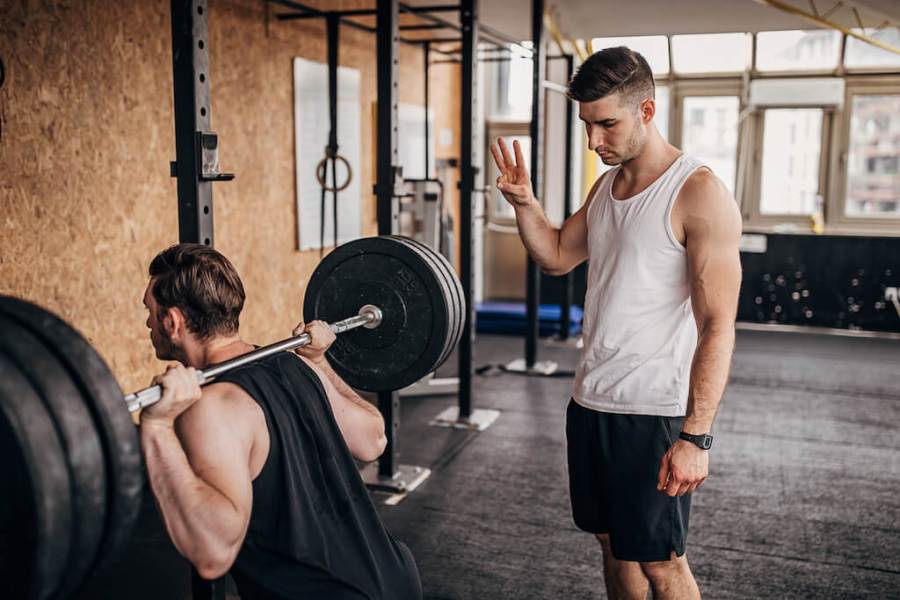 Although the name suggests a certain flamboyancy, this is a simple method that can allow you to master the basics of strength training if you’re just starting out, or add muscle and break through plateaus if you’re a weights room regular.

If you’ve performed any resistance exercise before, you will have completed an eccentric movement. Alongside the concentric contraction (the lift phase of an exercise) and isometric hold (generally the highest or lowest point), the lowering (or eccentric) stage makes up the holy trinity of the majority of curls, presses, extensions and squats.

“Eccentric training means tension is being applied to a muscle as it lengthens,” says Matthew Dale, personal trainer at Six3Nine. “You’re naturally stronger in that lengthening or eccentric phase, so you still have some capability of being able to at least control or decelerate that load as you lengthen the muscle.”

This ability isn’t just a rumour that gets passed around the weights room, either. A study published in the Journal of Strength and Conditioning Research found that, when comparing concentric and eccentric bench press repetitions to failure, participants were able to perform a higher number of the eccentric reps at various intensities of their one-rep max. It also estimated that the one-rep max of the eccentric phase would be 120 per cent, compared to the concentric equivalent.

That leaves us with two approaches to eccentric training, as explained by Ibi Ekineh, strength and conditioning coach and co-founder of Onyx London:

“There’s one where it’s timed retention, where you can really slow down that lowering phase to four or five seconds, while the other type is eccentric overload – loading a weight heavier than your one rep max, controlling that down slowly, and then having a spotter help you get it back up to the start position.”

While each has its own benefits and disadvantages, both are a great way of adding mass to your muscles. A British Journal of Sports Medicine review found that, when compared side-by-side, eccentric training resulted in a greater increase in strength than training concentrically. That’s because the eccentric component of an exercise is the biggest contributor to hypertrophic response, AKA muscle growth.

“Eccentric contractions,” says Dale, “specifically target muscles in such a way that they absorb the mechanical energy exerted by the heavy load, before that energy is released via a spring-like action that facilitates the muscular contraction. Typically, you would perform the concentric portion of a movement quite explosively and powerfully, with a nice squeeze at the top, and then perform the eccentric component in a very deliberately slow and controlled manner, trying to maximise the tension for as long as possible.” 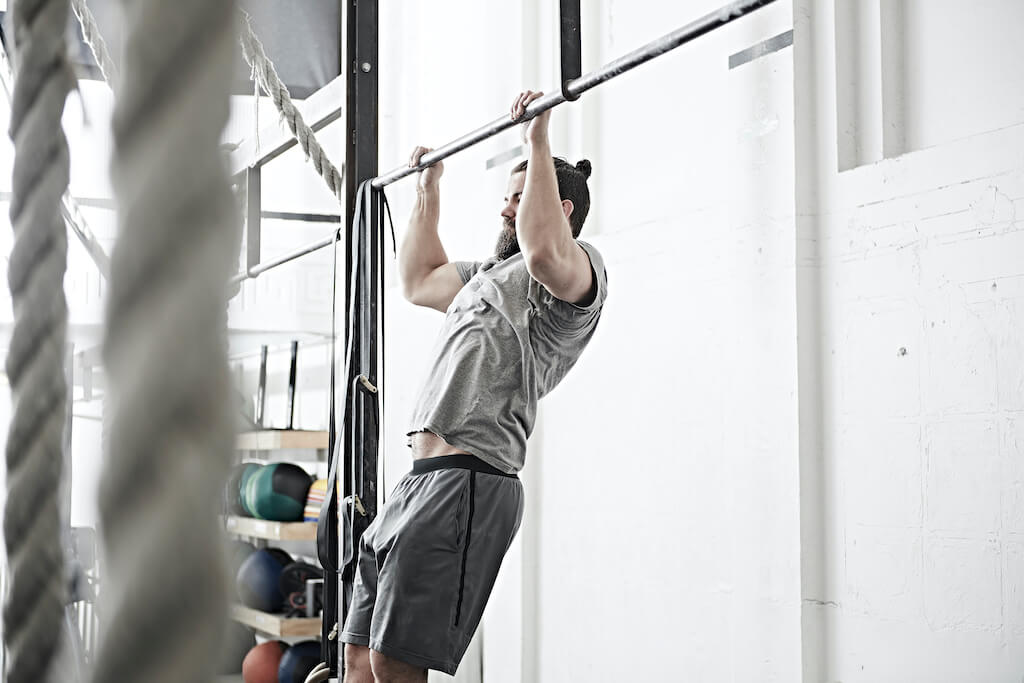 How to add eccentric training to your workouts

Aside from their muscle-building capabilities, the two takes on eccentric training have very different outcomes and uses. The slow and low approach allows you to up the difficulty without increasing the load – making it a great way to safely add intensity to your workout. “You can get an equally intense stimulus with a lighter load, too, which should be less fatiguing on your central nervous system,” says Ekineh.

That makes it a popular training method for those undergoing rehab for injuries, because it places less stress on the affected area. “There still might be some delayed onset muscle soreness for the muscle tissues, but it means less stress for joints and ligaments,” adds Dale.

The slow tempo technique can also help with motor control, potentially preventing injuries further down the line. A clinical review published in Sports Health found that eccentric exercise targets specific neural and morphologic (AKA form) alterations, with evidence that it improves muscle structure throughout an exercise.

“If you’re trying to improve your squat technique, for example, doing it eccentrically and making sure you hit the right positions in the movement will help with motor control, so when you add weight or increase the speed, you’re more primed to hit the positions that you’ve already covered,” says Ekineh.

Overloading eccentric, meanwhile – where you go above and beyond your one-rep max just for the lowering phase of the movement – is very fatiguing on your central nervous system and will see you working at maximal intensity.

“I’d only use that to break through the plateau of an exercise you’re very comfortable with and with an experienced spotter,” warns Ekineh. “The idea is that you’re adding a lot more volume on a relatively heavy weight, which will over time allow you to progress in that exercise.”

Techniques include simply loading a bar heavier than you can lift, controlling the lowering phase and getting a spotter (or two) to help you back into the starting position. Alternatively, you can work past your fatiguing point, having a spotter assist you with the concentric phase of another two-to-four reps that you only control down to the bottom. 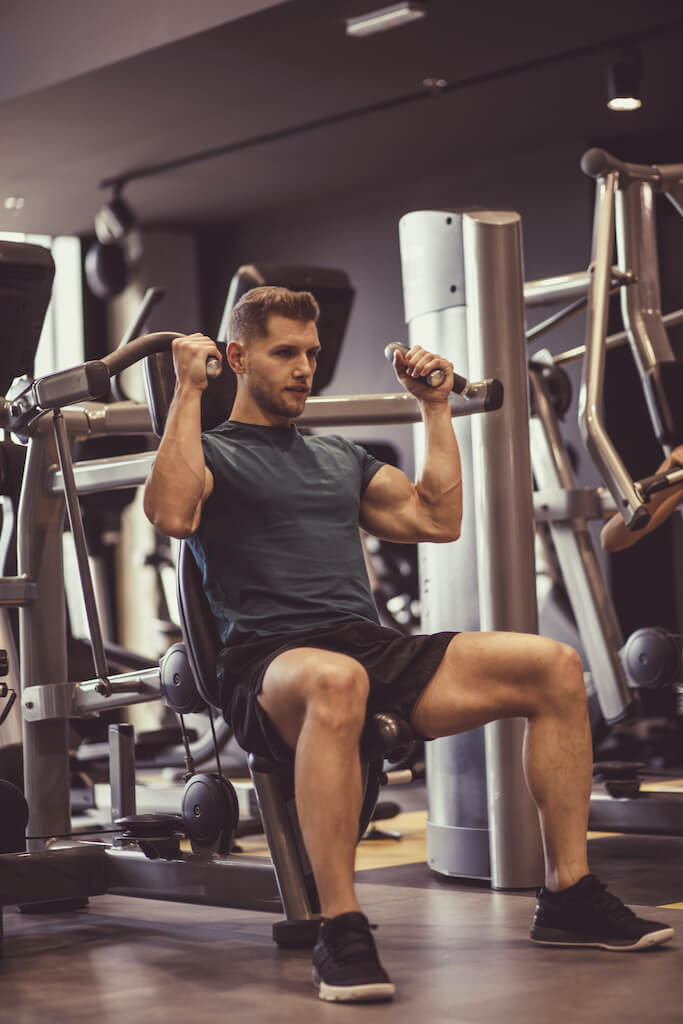 If you’re new to eccentric training, resistance machines are a much safer entry point than free weights

Disclaimer: do not attempt this on your own. Make sure you have an experienced spotter who is able to assist you with the concentric portion of the lift.

Dale reiterates that the overloading method – particularly when using free weights – is an advanced technique that should be saved until you’ve achieved a solid base in traditional strength training: “If it’s done too early, it could lead to connective tissue damage, which can create long-term injuries.”

But the main downside to both types of eccentric training, that both Dale and Ekineh highlight, is just how fatiguing it is. “In general, eccentric training will likely cause more DOMS,” says Ekineh. “You have to consider how you’re going to implement it into your training programme, because it may affect training sessions later on in the week.”

Despite the fact that, put simply, it can be really hard work, eccentric strength training can be a highly effective way to add both strength and muscle mass – when used correctly.

“You might want to limit the number of eccentric exercises to no more than one exercise per muscle group per week,” says Dale. “That allows for sufficient recovery, so that when you come to your subsequent workouts or training sessions, that accumulated fatigue hasn’t affected you to the point where your volume of quality work starts to drop off.”

He recommends starting off with weights somewhere between 70-100 per cent of your maximum manageable weight, and setting a tempo for each eccentric contraction: “The lengthening of muscles during the eccentric phase might be five seconds per rep as a good marker, and when you reach a point where you’re struggling to control it for the duration, that’s probably a good place to stop that working set.”

Keeping the volume low – no more than three to five working sets of three to five reps – will also be beneficial, because of how fast fatigue can accumulate. When using just your bodyweight, it’s also a good way to build up your abilities with some key core exercises that most beginners struggle with.

“A pull-up is one you can do yourself without a spotter,” says Ekineh. “You can simply step up and then control yourself down. Many of my clients have been able to progress to pull-ups by building up their strength on the eccentric phase.

So, before you resort to the familiar comfort of another three sets of eight on the bench press, consider freshening things up by slowing them down – your muscles, strength and motivation will all benefit.