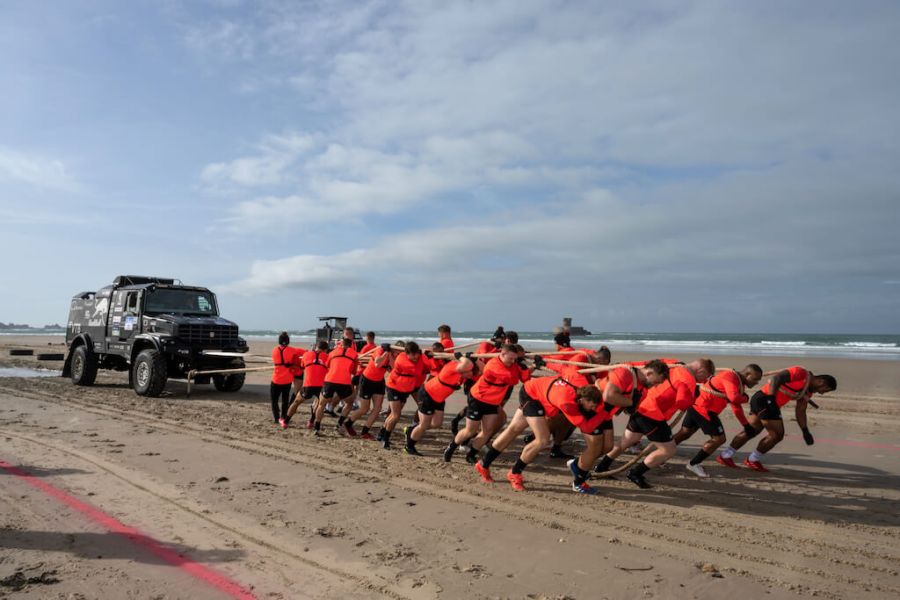 Earlier this week, a video went out of the England Rugby Union team completing the ‘Red Bull Stress Test’.

Red Bull has history of pitting athletes against unique obstacle courses: last year winger Jack Nowell was put through his paces on a Cornwall beach, and prior to that cricketer Ben Stokes was filmed haring around a disused shipyard in Sunderland.

For this latest stunt, it was back to the beach, as the men’s rugby squad were tasked with – among other things – shifting a 150kg tyre the length of a rugby pitch (four times), and pulling a 9.5-tonne Kamaz Master truck for 100m.

Devised to challenge the players’ decision making, teamwork and skills under pressure, the Stress Test was devised by Jon Clarke, the team’s head of strength and conditioning.


MF: Tell us about the purpose of the Red Bull Stress Test.

JC: We’re always looking for different ways of getting the boys to work together, particularly in the new group. New boys are coming to the squad, some older boys have dropped out and therefore we have a new squad – so what we need to do is bring them together quite quickly.

We know on the field that they’re going to have to problem solve and work together while having good work ethic and effort, so this day was set up to compliment all of that.

MF: What have the players taken from the session?

JC: One of the things we try and instil in the lads is that they compete to the end, and no matter what, regardless of the outcome or the result, we want to see them compete hard. I think that was evident today.

We wanted a physical challenge, a mental challenge and something that brings them together and I think they got all three. It was a tough, tough challenge.

MF: Is dealing with stress, pressure and anxiety the next key area of improvement?

JC: You can view stress positively or negatively, but we try to coax the boys to view stress as a good thing and meet it head on, because that’s what they have to do on the pitch. If you succumb to the stress of the game, then we’re in a bit of trouble. So, we encourage the boys to actually endure the stress and to lean into it rather than away from it.

MF: How much of rugby is played in the mind, and how much is physical? 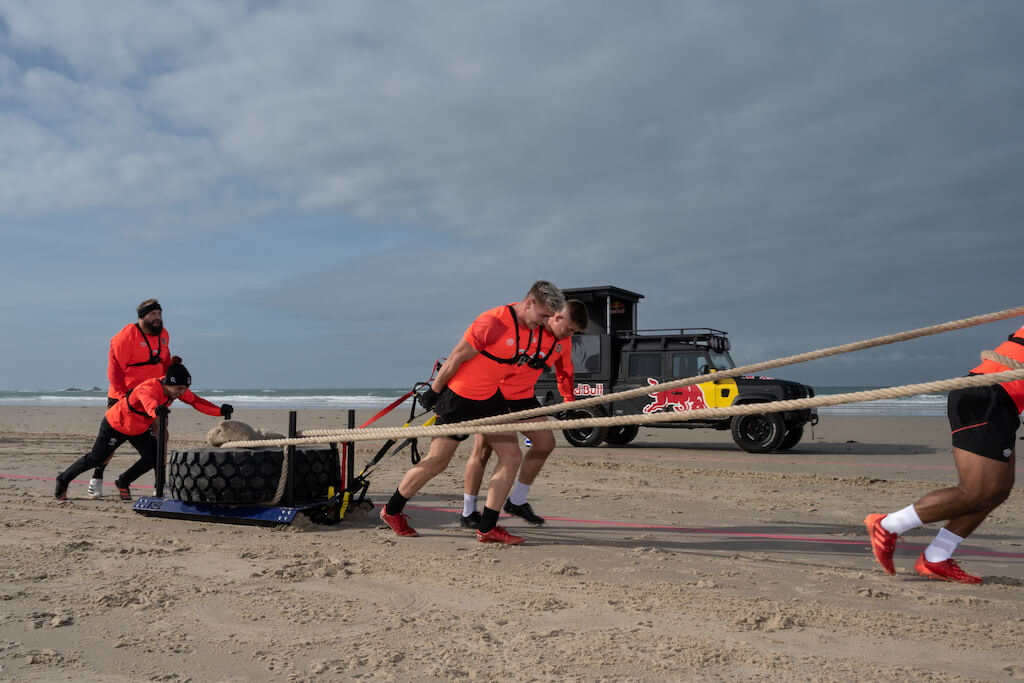 MF: What are the key benefits of these types of exercises, from a strength and conditioning point of view?

JC: I think when you do something like this, you’re just looking for a link back to the game or back to your sport. There was the physical, the problem solving, the teamwork and the camaraderie, which are all massive parts of rugby.

MF: What do more traditional strength and conditioning sessions involve?

JC: Over the course of a test week, we usually have two gym sessions, so lads would do an upper-body session, a lower-body session, and within that will be some power work, strength work, and ability work.

Then on the field will depend on what we’re doing that week, who we’re playing against, what the focus is – for example, when playing Australia, we have a big defensive focus, so the S&C would be based around that.