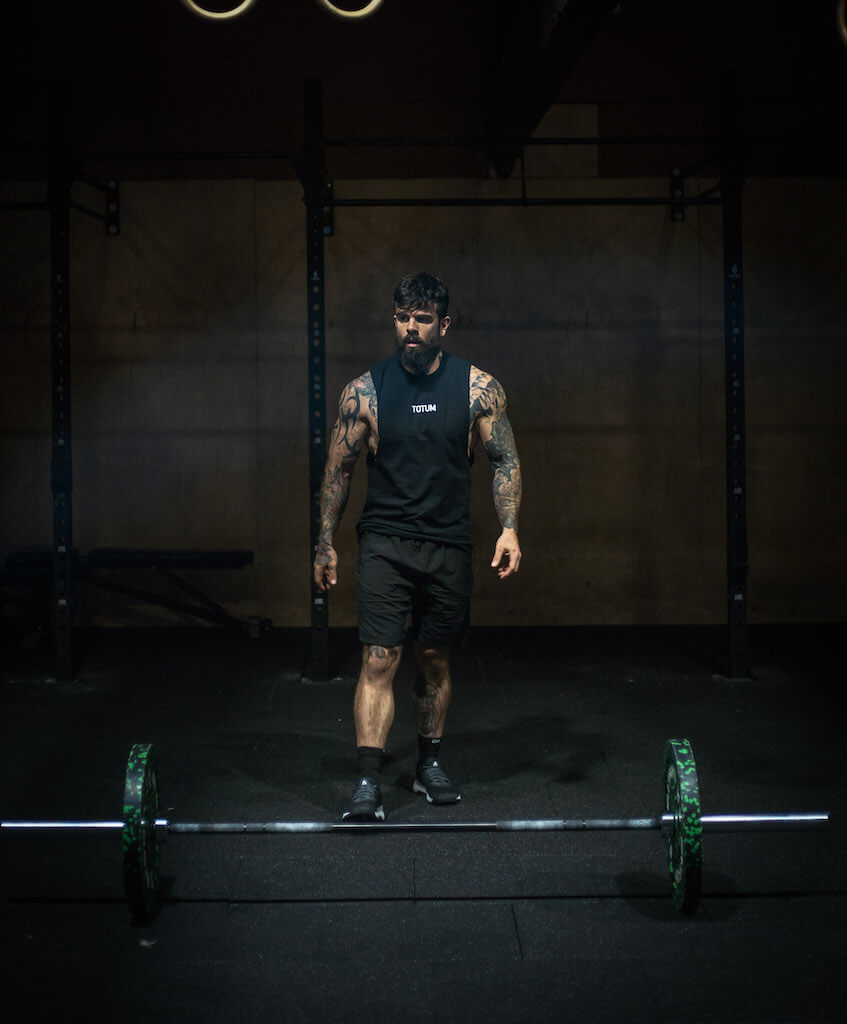 When former Greater Manchester policeman Scott Britton set about creating an exciting new fitness phenomenon, he drew on the full spectrum of his personal training passions, from Muay Thai and sprinting to power lifting and CrossFit.

Hosted in boisterous venues with live DJs and cheering crowds, Battle Cancer events are part CrossFit workout, part Tough Mudder madness. Following its debut event in Manchester in 2017, the series has now spread around the world – from Berlin to Madrid and LA – and raised around $2.3m for charity.

Here Britton reveals why he went into battle with cancer – and how you can join him. 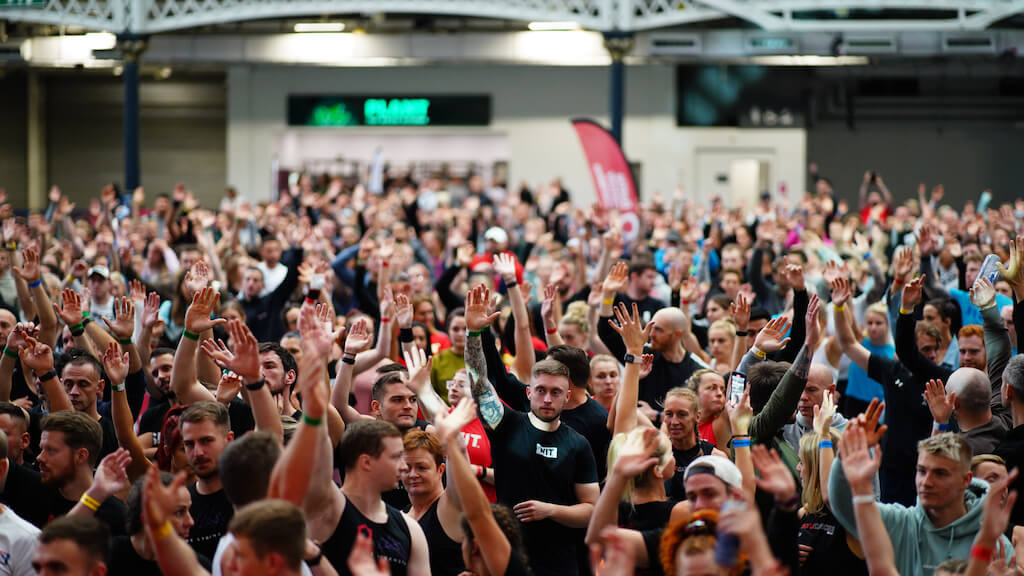 What exactly can competitors expect at a Battle Cancer event?

Wherever you go around the world, a Battle Cancer event will always involve four nine-minute challenges. We never use barbells or gym rings. The heaviest thing that you will pick up is a 30kg sand bag. But everything is in teams of four (either same sex or mixed) so you will do synchronised kettlebell work, dumbbell work or cardio work, like bikes and ski ergs. Any runs will be 300m max, as I hate running!

But everything is fun. You might have to piggy-back someone or do bear crawls. They don’t look hard, but nine minutes of them definitely is. People really love the under-overs, where somebody makes a bridge with their body, and someone crawls under them, then they drop into a press-up position, and somebody jumps over them. So it’s like an extreme burpee with friends.

At any Battle Cancer event, you will be out of breath and it will be hard. But you can do it.

What was the inspiration for launching Battle Cancer?

I realised that whenever I was trying to fundraise individually, I wasn’t that effective. But when we use the collective power of people, we can do something much bigger.

A lot of people have been affected by cancer, either personally if they have had cancer themselves, or secondarily because they have lost someone or are struggling. We give everybody a focus and an inspiration.

I also saw that there was a gap for an event like this. Mass-participation events often involve running because you don’t need equipment and you can have 4,000 people there at once. So those events have an amazing energy and a feeling of togetherness. Our idea was to recreate that atmosphere, but with added dumbbells and kettlebells.

We knew we had a concept and a form of motivation that everybody loved. Pre-Covid, we were in six places. We matched that in 2021 (Manchester, Belfast, Toulouse, Berlin, Madrid, London), despite the challenges. We did £500,000 of fundraising through the events last year. And we want to keep expanding.

We are now a full-time company with 12 events lined up for 2022 (including Manchester, London and Dublin). But in the next few years, we want to reach £1,000,000 of associated fundraising every year and 50 events globally.

From DJs to glitter tattoos, Battle Cancer events have a playful atmosphere. What was the inspiration?

We also do a mass warm-up to get people jumping, shouting, cheering and clapping. And that was something I took from the likes of Tough Mudder, where they start in waves. The overall feeling of the music and the lights is to make everybody feel like an elite athlete and a hero.

We have all shapes and sizes at our events but we are all here together. In London, there were 1,600 people at the event, with 500 people working out at once. That is nerve-racking. But you are not going to lose. You may have butterfly nerves, but everyone is there to support you.

What was your own route into fitness?

I was a very chunky kid in primary school. But the biggest change for me was getting into Muay Thai. I did Thai boxing from age seven until age 18. That was the first sport where I had structure.

When I got to my teenage years my coach took me to a bodybuilding gym, so I learned to do weights and structure my sessions with upper body and leg days. By that time I had lost the chunky kid moniker. I was playing rugby at a decent level. I was doing 100m and 200m sprinting at county level. And I was weight training two or three times a week. 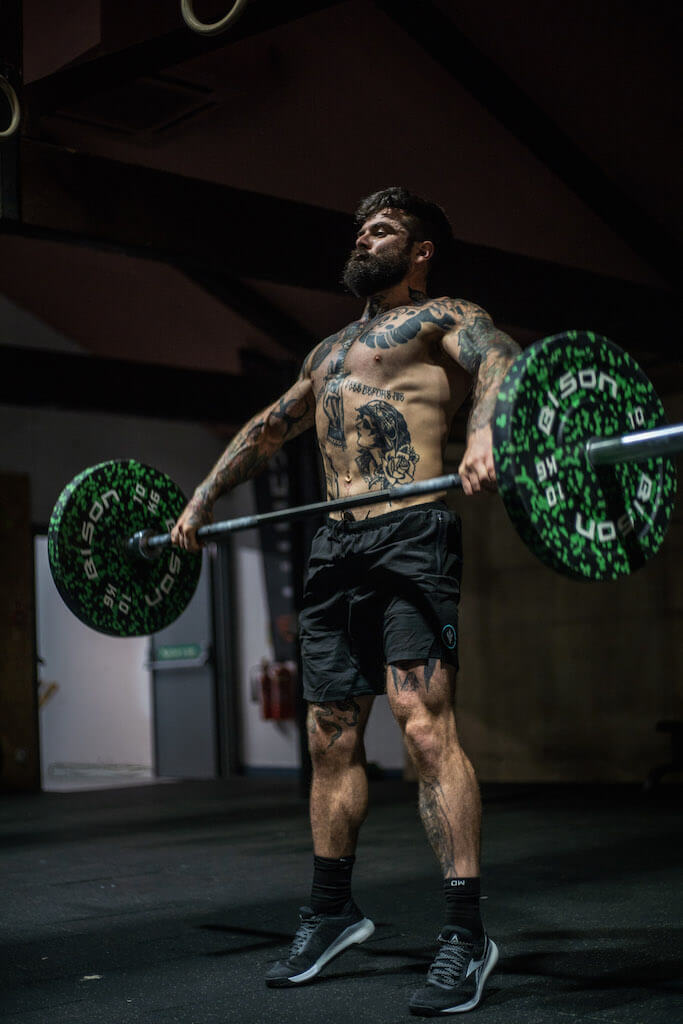 You are now also an elite CrossFit athlete. What drew you to this world?

I initially got into powerlifting. I was strong for my size and I had good fast-twitch strength from the sprinting and Muay Thai, which are both very explosive. I was competing at European level for two years. We did a Guinness World Record called the Titanic, where we tried to deadlift the weight of the Titanic in 12 hours.

But over time powerlifting began to feel too samey, so I looked for something new. I loved the accessible, functional fitness approach of CrossFit. At Battle Cancer, we have a partnership with CrossFit but we’re not a CrossFit event. It took me two years to reach the qualifying level for elite CrossFit comps.

In events you might need to run up a hill while carrying sandbags or swim in the sea. To be good at CrossFit, you have to look at your weaknesses. And that makes CrossFit very good for training.

How should people train for a Battle Cancer event?

You need to look at traditional HIIT training so you can work for nine minutes during the event. So maybe 30 seconds at a sub-maximal effort for nine minutes of work. An EMOM (every minute on the minute) workout is also a fantastic way to train.

There are no 10k runs or really heavy weights to worry about. But you need to get your heart rate up and your lungs ready to recover quickly.

How has Battle Cancer changed your own approach to fitness?

I meet people who have been affected by cancer and I often say: it’s incredibly sad that I get to meet you under these circumstances but I am also honoured to hear your story. One Battle Cancer volunteer and judge is a coach at my gym called Craig who has recovered twice from a brain tumour but is now getting clear health checks. I have met people who have done incredible things and that is what drives us on.

To join a Battle Cancer event in 2022, visit battlecancer.com