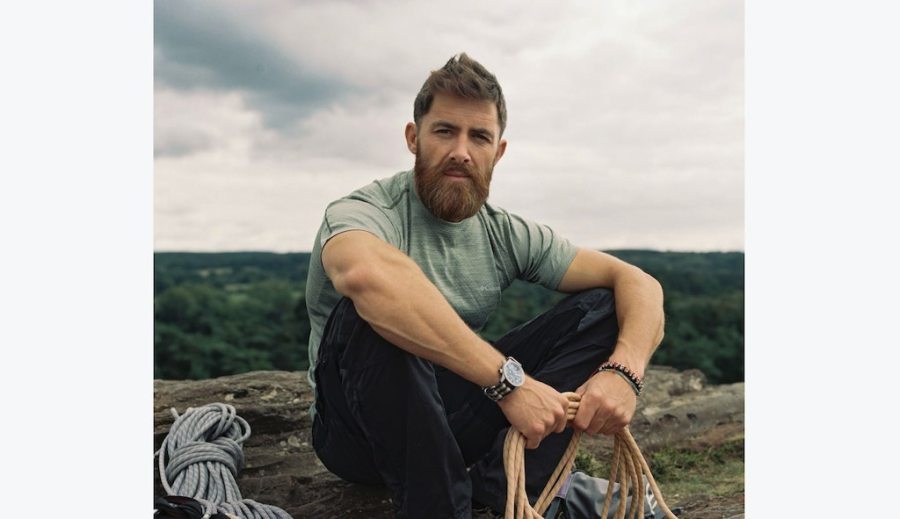 MF meets the former Royal Marine sniper who now works on TV productions in some of the world’s most hostile environments.

At the age of 16, Aldo Kane passed one of the hardest fitness tests in the world to become a Royal Marine.

Since then, he’s had a career as a Commando Sniper, completed 13 world-first expeditions, moved camera crews in and out of some of the world’s most hostile locations, trained anti-poaching units in Africa, and tracked down tiger traffickers in South East Asia. Oh, and he was part of the five-man crew that rowed the longest route across the Atlantic Ocean in record time.

Driven by adventure and with 26 years’ expedition experience, Kane is an expert in the extreme.

We caught up with the teak-tough Scotsman to find out how he keeps both body and mind primed to go anywhere and do anything. 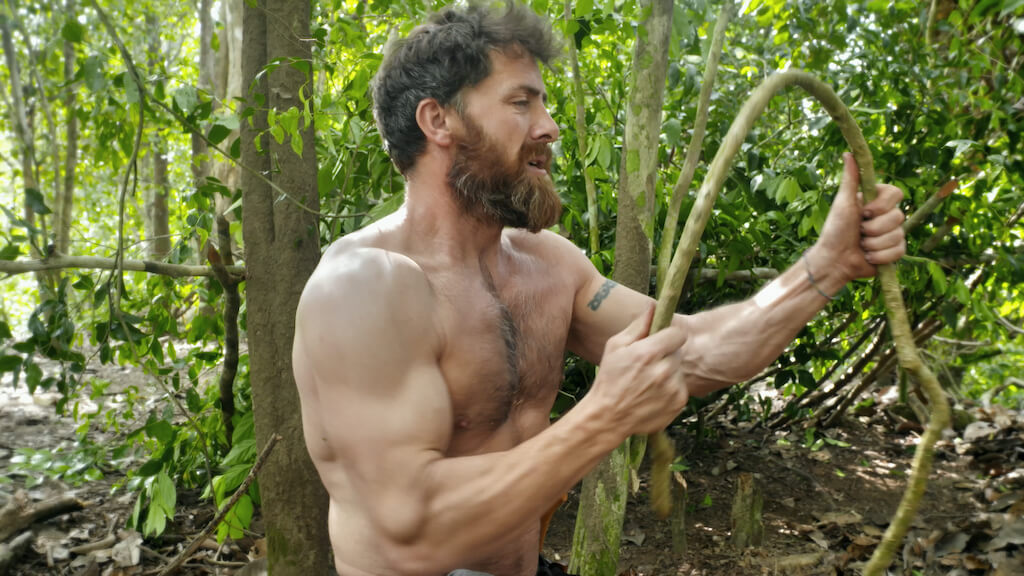 Kane makes a crab trap during the First Man Out challenge, in which he raced fellow adventurer Ed Stafford out of Borneo’s Rainforest | Photo: Rob Sixsmith

Why were you first drawn to the world of adventure?

“My dad brought my twin and I up in the scouts and from a young age we were out and about in the great outdoors. I suppose we just had that enlightened view on life that we could be out doing things adventurous and free.

“That’s why both myself and my brother joined the Marines in the end: to seek adventure and the unknown. It all goes directly back to being in the Scouts and having parents who introduced me to adventure from a young age.”

You help production crews get in and out of extreme environments – what are some of the demands of the job?

“The hardest part is the logistics of getting all the kit you need for an expedition ready before even thinking about where you need to take it.

“And before it even gets to that point you’ve got a team of producers, directors and production companies who will spend up to a year making contacts in the country, organising baggage drops, visas, and so on.

“Really, once we hit the ground to get on with the expedition, we’ve already done, in theory, the hard yards. Then we just get stuck into the hard physical work of doing the jungle trek or the mountain climb or whatever it may be – which actually is what we do and train for so it’s not too difficult.”

Is there one challenge that stands out as the most mentally draining?

“I spent 10 days inside a nuclear bunker for BBC Horizon. It was an experiment about circadian rhythms and mental state – what happens when you lock someone underground for 10 days, basically.

“It was quite tough, and it was sandwiched either side by two expeditions. I was in Mexico one month doing cave diving with Steve Backshall, then I went straight into the bunker, and then I was off to Greenland for a month on expedition. That was quite a lot of mental stimulus going on: coming out the bunker, getting on planes, trains and automobiles, and plunging into an environment that’s 24-hour daylight.

“I also made a show called Inside the Real Narcos, which was draining in a different way, because there was a lot of underlying pressure with dealing with those types of dudes. A lot of it was just worry and anxiety really, because you’re dealing with some full-on people and highly stressful situations.”

Let’s talk fitness: how do you stay in adventure-ready shape all year round?

“Today I could have a call about a job next week and that could lead to me being in the field for four or five weeks, so I need to have a good standard of fitness and resilience all the time.

“I’m never really operating at peak performance, because that, for me is when I get injured, and I find that when I go on expedition if I’ve been keeping a good level of fitness – without flogging myself – I get fit for that job when I’m actually there. It allows me to pick new skills and techniques up on the job, which is half the thing about adventure.

“I was setting up to do a Parajet paramotoring expedition just before lockdown [paramotoring is essentially flying with a large motor tied to your back and a paragliding wing above your head] and I think that base level of fitness served me well. It’s quite a tough process to get the canopy up and then spend eight or ten days learning to fly. That level of fitness that I have allows me to do these things and pick them up relatively quickly.

“Lifting and shifting dive kit around, for example, is bloody hard work, and when we did the cave diving in the Yucatán Peninsula we were carrying these big cases through dense jungle for a couple of miles at a time.

“People use the term ‘functional fitness’ a lot, but whatever that function is will be different for everyone. For me it’s about being resilient enough to take on new challenges and not get injured.” 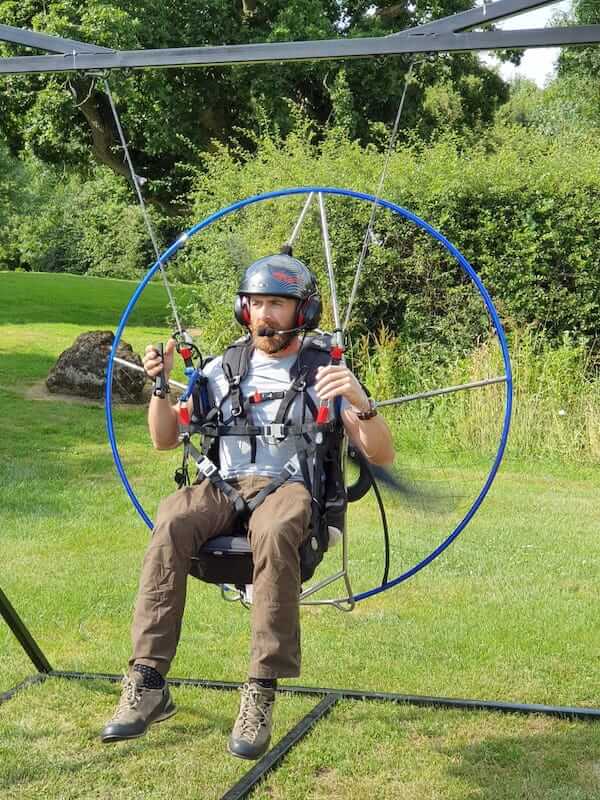 Learning to fly a Parajet, the mode of transport for his next UK-based challenge

What sort of training does that functional fitness entail?

“The Expedition Fit programme I put together is pretty much how I train. It’s a mixture of calisthenics, a bit of lifting for strength – all the big compound exercises – and I’m running two to three times a week. I don’t tend to run further than six miles at a time, because for me that’s the perfect distance where if I’m on expedition and I need to get somewhere, six miles is a good distance to be prepared to cover.

“Expedition Fit is all about minimal equipment and high volume. When we were working it out and developing it, I was in South Sudan and didn’t have any kit at all, so that is definitely what I do more of when I’m away.

“And just over lockdown I started doing some mobility work, because I’m 42 now and I’m starting to creak a bit, so just by doing a bit of stretching and foam roller work that seems to be helping.

“Everything I do is simply about allowing me to stay active and doing the job I do for as long as possible – I want to be doing this in 20 years’ time.”

Do you have a favourite workout?

“The ‘100 Workout’ from the Expedition Fit programme, which is basically ten exercises, working through and doing 100 reps of each – in whatever order you like.” 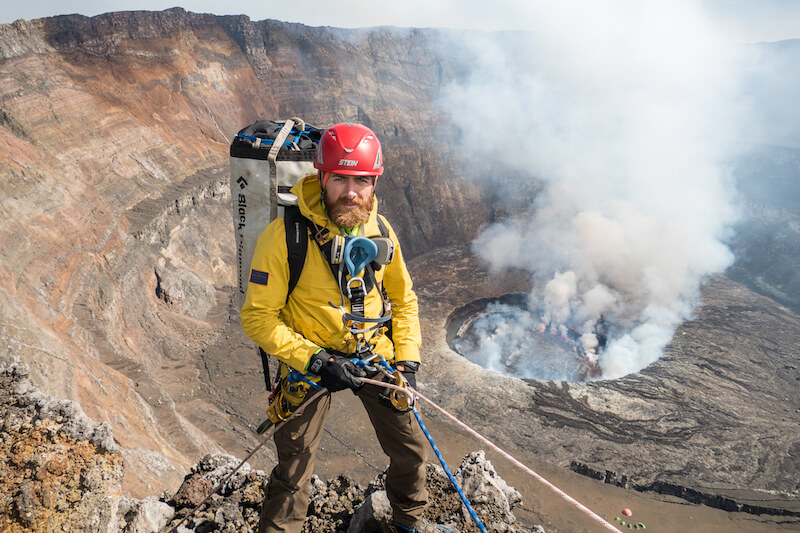 Dropping into a live volcano in DR Congo

Do you pay equal attention to your nutrition?

“I definitely don’t eat unhealthily, but I’m not calorie counting or having incredibly precise meals.

“What I do aim for is a slight calorie deficit every day, which just boils down to being more active and burning more calories than I put away.”