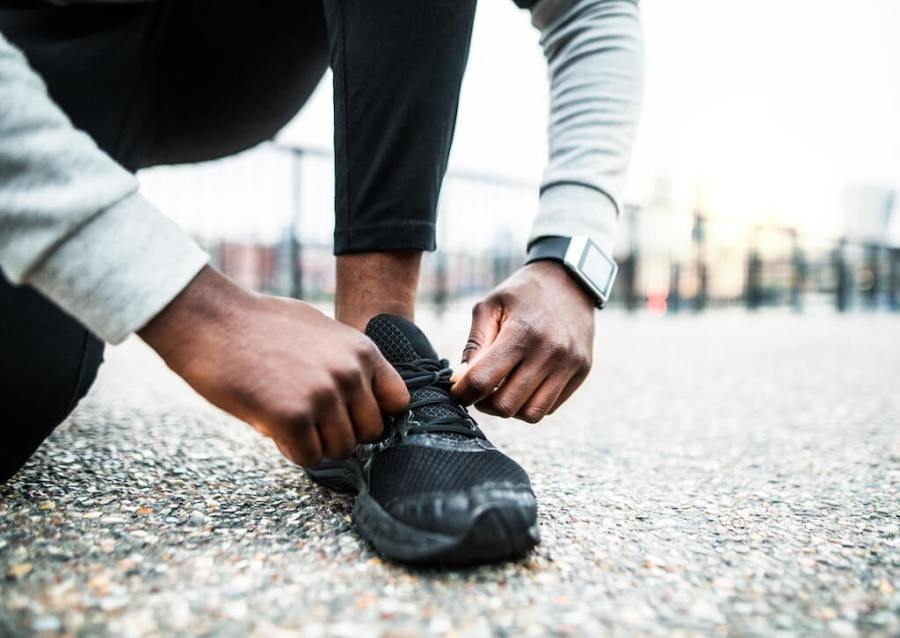 Endurance coach and former GB 24-hour runner Robbie Britton has written a definitive guide to running. From training, to racing, to what to do when nature calls halfway through a marathon, 1001 Running Tips has you covered – here are just 26 of them…

Depending on who you listen to, your fitness is either all about lifting weights or just cardio workouts, but the reality is that it’s always going to have a combination of different factors for every individual. If you are into a spot of running, be it on the treadmill, on the roads or up and down some local trails, there will be at least a handful of tips that will help you in my new book, 1001 Running Tips.

The sections cover a whole range, from how to start out, setting your own training or working with a coach, to what are the best bits of kit (hint: you already own them) and how to keep your head in the game during your goal race. The aim was to keep the advice digestible, but also enjoyable to read.

A book full of great advice isn’t useful if it just ends up sitting on your bookshelf gathering dust. The same goes for running shoes in the cupboard: they won’t make you fitter, faster or stronger if you don’t show them some love.

Whether you’re a beginner, or an experienced man of the running world, you’ll find useful nuggets brought not just from my own running, and mishaps, over the years, but from working with a whole host of inspirational athletes, like Dan Lawson and Sophie Grant.

Each athlete a coach works with teaches them something new, and part of the role for this book was to bring the ups and downs of not only a running (and cycling) career of my own, but a collective knowledge of experience from a whole host of people into one book. Even then, if you don’t like the words, then the pictures look pretty good, too.

1. View any training plan with a critical eye and don’t be afraid to change and adapt it. Tired? Then move that interval session. Feeling good and want to add an extra rep in? Then think about its value and the impact it might have on the following days, but don’t be afraid to experiment.

2. The vast majority of your training should be what is referred to as ‘easy running’. It’s at the lower end of your aerobic ability, but is actually really important for your progression. You’re building up your cardiovascular system, muscle capacity and endurance.

3. It’s much more effective to think of training in terms of time than distance. Firstly, not all miles are created equal, with hills, mud, cobbles, headwinds and rain not only changing how long it takes to run different miles, but also the same mile on a different day. 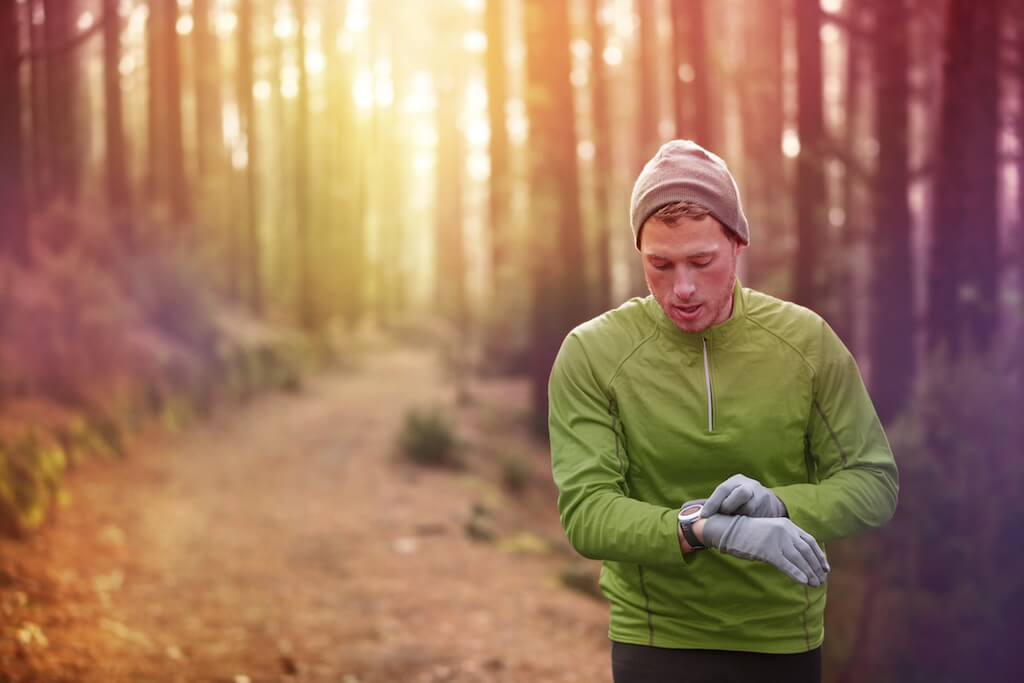 4. There is no set amount of training, speed work, intervals, tempo running or marathon-pace running you have to do before a race. It’s all very individual and relates to your own experience and context. I know people who’ve run 100-mile races well by training for 30 miles per week, yet elite 10,000-metre runners could be clocking up well over 120 miles per week. What’s important is finding what is right for you.

6. Don’t do a massive strength workout in the same week as your race. It feels like an obvious one, but for some it clearly isn’t. When tapering you don’t want to do anything that you’ll still be recovering from on race day. Even if you’ve done enough S&C so that it doesn’t make you sore any more, you may still fatigue large muscle groups that you need to run to your full potential.

7. Whether you prefer to run on roads or trails, you’re going to encounter hills at some point so it’s worth getting some specific practice in. In a race, they say you win it on the uphill, but you can lose it on the downhill.

8. At a certain pace it’s more efficient to hike uphill than run. This might be different for different athletes, but it’s worth thinking about it in your own training and racing. If someone walks past when you’re running, that’s generally an indicator that you’d be better off hiking.

9. If you’re running uphill then think about it as going into the granny gear on your bike. Smaller steps, higher cadence (the number of steps you take per minute), eyes up the hill and arms driving. Keeping your eyes and chin up will keep your breathing more open too. 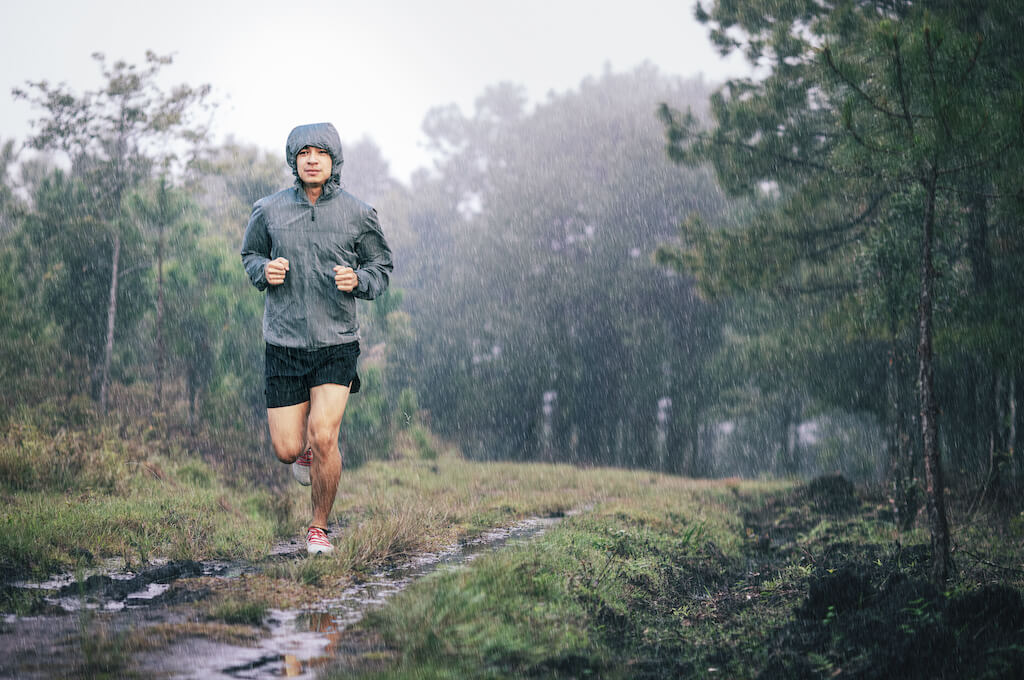 10. When the body gets too cold, it reacts by drawing heat from the extremities to protect your core. The body is protecting the vital internal organs, but unhelpfully takes away your ability to use the things that will help you improve your own situation – your hands and feet. Best to not let it get that far.

11. Be bold, start cold. This is one of my favourite tips for starting out on colder weather adventures. How you feel at the start of your run will change and you will heat up as the body starts working harder. If you’re hot, or even ‘just right’ as you leave the door then you’ll likely be too hot quite quickly.

12. It’s a common misconception that most body heat is lost through our heads. A 1950s study on US soldiers claiming that the soldiers lost most of their body heat from their heads has since been debunked – they lost heat from their heads mainly because that was the only part of their skin exposed to the colder environment. If you’re all wrapped up, but still wearing shorts, you will lose a lot of heat from your legs and, as a consequence, your whole system will be cooler.

13. Skinny and lighter doesn’t automatically mean faster, but there is a relationship between lower body fat and performance. It’s not never-ending and it’s very individual and gender-specific too, so don’t just think that you need to strip all the fat off your body to go as fast as possible. It can also go too far and become detrimental to your running and general health.

14. Day-to-day nutrition isn’t simply a physiological science or equation, but psychological too. Knowing exactly the right foods to eat for optimum performance doesn’t mean that you will eat them; trying to look at it from a psychological angle will help too. For example, I might have an excellent nutrition plan for my week, with periodised carbohydrate intake around my bigger sessions, but then my budgie dies, I want some comfort food and before I know it there’s an empty bag of Haribo next to me. It’s not the end of the world and you can adapt around life, as now I’m probably well fuelled for that night’s progression workout, but knowing how to adapt, and understanding that life isn’t as simple as a nutrition plan or spreadsheet would want, is key.

15. When runners talk of ‘hitting the wall’ it’s generally a depletion of their glycogen stores. It’s a bit like trying to run your car on an empty tank – although we are able to use stored body fat as fuel, just at a much lower intensity. If you do hit that wall, slow down and get some sugar in. The quicker it can be absorbed, the better; energy drinks, cola, jelly babies or energy gels are ideal. Get the energy in and try to keep it coming in too. 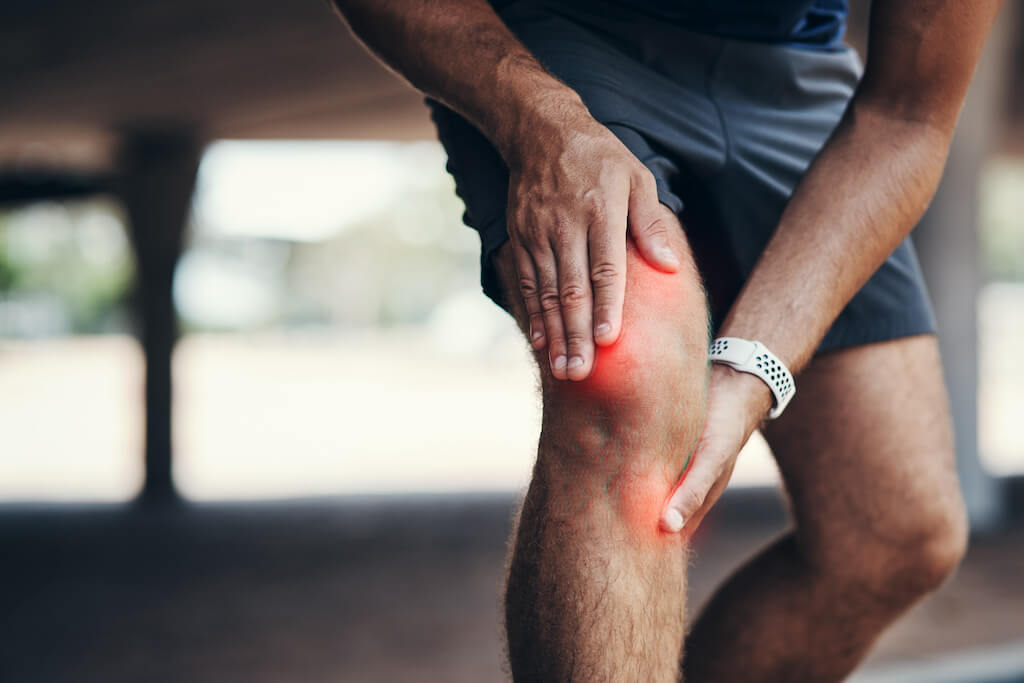 16. As a general rule, if pain persists throughout a run, or gets worse, it is important to rest and seek advice. Also, if pain is worse the following day, this is another sign that a break from running should be considered.

17. Pain is not ‘weakness leaving the body’. Pain is your body’s signal that it doesn’t like something and isn’t to be confused with hard work and muscular fatigue during workouts. If you’re experiencing pain during or after your run, don’t ignore it.

18. When off injured, it might be worth paying some attention to your nutrition. If you’re normalised to taking in the right amount for your higher activity levels and suddenly you’ve greatly reduced output, then it could create a surplus.

19. Before you put your race number on, scrunch it up into a little ball and then flatten it out again. Then when you pin the number on it’s more likely to fit closer to your top and won’t flap around in the wind as much.

20. Every kilometre or so think about your form. Eyes up; looking up the road not on the floor; drive your arms back; run smoothly. Having a list or mantra can help you stay focused on the task at hand. I’ve previously used the chorus of Ben Howard’s ‘Keep Your Head Up’ as a mantra with both physical and physiological cues during a race. It’s unclear whether Ben is an ultra-runner but I’m sure that is what the song was intended for.

21. If you are talking to yourself in a race, then do it as an imaginary coach on your shoulder: ‘you can do this’; ‘you can dig deeper’; or ‘keep going, Winston’. Research has shown this is more effective than: ‘I can do this’; ‘I can dig deeper’; or ‘I can keep going’. It’s best to stop this after the finish line though, especially by the time you’re on social media, unless you’re the Hulk, then you can do what you want. ‘HULK SMASH PB.’

22. The harder a task gets, the smaller a chunk needs to be, but don’t break it down into individual steps too early. Take the marathon. Start out just clocking off five kilometres at a time; avoid looking at that watch and try to focus on your rhythm, effort level and fuelling. When five kilometres feels like a long way, just make it through the next five kilometres and then think ‘right, now to the next checkpoint’, which might be two kilometres away

23. Start from the most important place, your feet, and work your way up. Comfortable shoes trump all the marketing and rubbish you might see in adverts or sponsored social media posts from your favourite runner. It might be tempting to get straight into the fanciest new run-faster kicks, but it’s best to ease in and focus on being comfortable first.

24. You don’t need to replace your shoes every 800 kilometres, no matter what any of the big brands say. Of course they want you to believe that, because it’s their business to sell you shoes, but some shoes last for ages and you can repair them, relegate them to slippers or garden shoes or make them into a plant pot. Some shoes last way less than 800 kilometres too, because they’re rubbish.

25. It keeps cropping up, but with kit, comfort really is king (or queen). If you’re comfortable then you can run to the best of your ability. If you’re looking for those extra boosts from lightweight kit and shoes, think about the balance with comfort, as a four per cent improvement due to lighter shoes might be outweighed by a larger decrease due to waddling the last few kilometres with chafing and massive blisters.

26. The most important bit of technology you have is the one between your ears. No watch, heart rate monitor or foot sensor can replace your own perception of how you’re running; if you find yourself over-reliant on a GPS watch for your pace, or shoes that tell you how to run, then you’re not likely to really reach your potential. 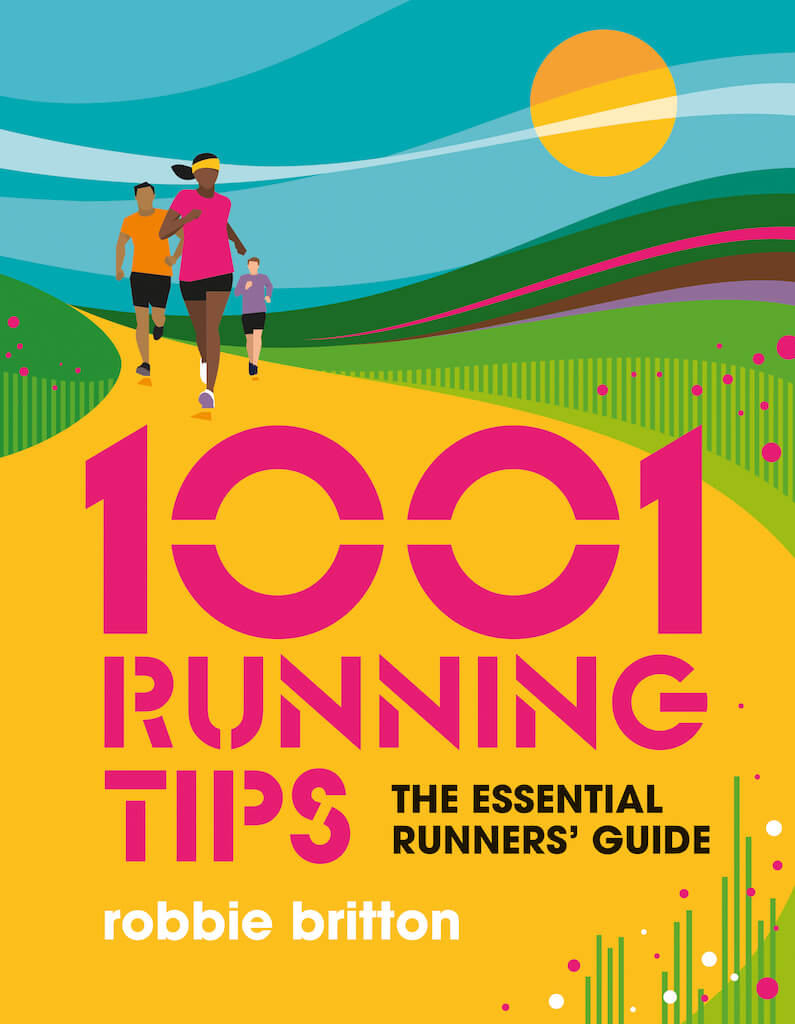 Text adapted from 1001 Running Tips by Robbie Britton. To buy a copy of the book, with 20% off and free UK postage, visit v-publishing.co.uk