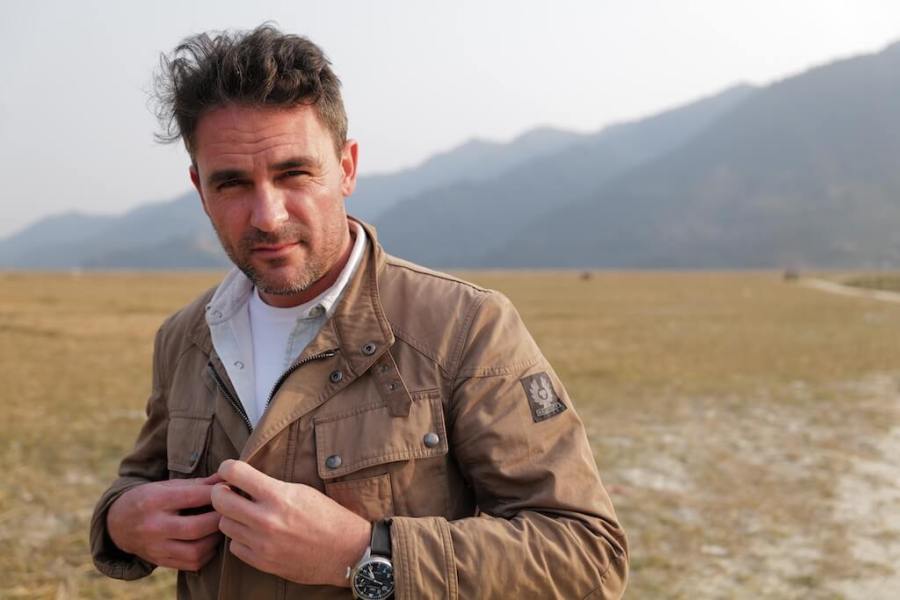 The renowned adventurer talks extreme encounters, questionable food and how to bribe your way out of trouble with Sudanese militia…

What’s the story behind your latest project, Encounters?

“I’ve travelled across 110 countries over the past decade, and for a long while I’ve wanted to write a book which focuses on the themes I’m most interested in.

“Encounters is broken down into the ones I’m most passionate about: frontiers, conflict, heritage and community. The sections are all interlinked, partly because photography is a brilliant form of storytelling. I had around 50,000 images and had to come up with the best 250.”

What memorable characters have you met on your travels?

“When I was walking across Botswana, my guide was a San bushman called Kane who had grown up as a nomad in the Okavango delta. Every morning he would do a ceremony invoking his dead ancestors, asking for their protection as we walked across the savannah.

“He could track any species of animal and could recreate the sound of all of them, too. Once, when I asked if we would see any lions, he simply made the distress call of an injured antelope and within five minutes we were surrounded by a pride of eight lions.”

Any other sticky situations you’ve found yourself in?

“While on a rafting expedition in Sudan we were stopped by a local militia group – they thought we were spies. Luckily I had some cigarettes and we were able to stall them until a helicopter could come and get us. It certainly raised the blood pressure a few notches.”

“The Darién Gap in Central America. The jungle is so dense, and it takes so much time and effort to make any headway, because you have to hack through all the vegetation. It’s also really disorienting.

“Then you have the animals and insects, many of which can kill you. Oh, and para-military groups, drug traffickers and people traffickers. It’s not somewhere I’d recommend for a holiday.”

You’ve spent a fair amount of time in the wilderness – any noteworthy bush tucker?

“Boiled rat in peanut sauce, in Uganda. It still had a lot of hair on it. It was served by a little old lady and was in a broth. The rat was almost whole and had been lightly singed over a fire. It tasted very rubbery and was deeply unpleasant.”

“Don’t be afraid to take a few risks. The best moments of my travels have happened when I’ve stepped outside of my comfort zone and tested myself.

“And be prepared for some ups and downs. Adventures are going to be testing and there are always going to be moments that make you question yourself – that’s when you’ve got to persevere.”

Levison Wood recently celebrated a decade of post-army adventure by publishing a photography book documenting his most extreme experiences. Encounters will be published by Ilex Press on 17 September 2020. Available to pre-order from amazon.co.uk