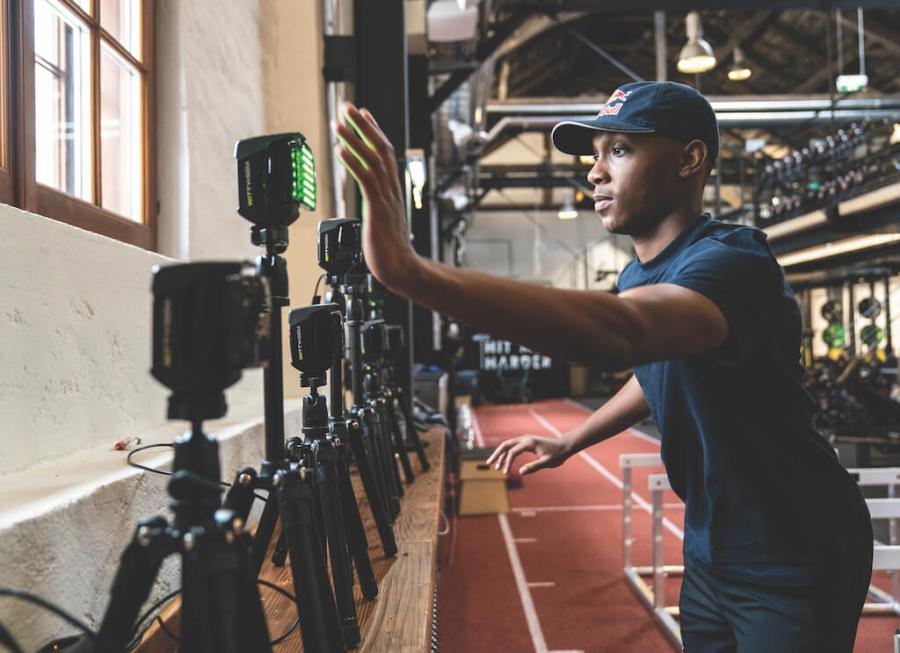 Esports is one of the fastest growing industries in the world and in the quest to be the best professional outfits are turning to fitness to sharpen their cutting edge.

Twenty-five million pounds and counting. That’s the record-breaking prize pool for the International 10 Dota 2 gaming tournament, which will take place later this year.

To put that into perspective, Bayern Munich picked up around £17 million for winning the Champions League final in 2020 – so that’s quite a sizeable chunk of change for being extremely good at playing a computer game.

Esports is undeniably big business, and it’s only going to get bigger. As an industry it’s already pulled in bigger viewing numbers than the SuperBowl, mega brands like Coca-Cola have been putting big sponsorship bucks into events, and there have already been talks for esports to be included in a future Summer Olympic Games.

It is rivalling traditional sporting events for eyes, money and interest. With gamers in their billions, many will think they can put in the time grabbing a controller, or sitting in front of a monitor with a mouse and keyboard, to get a piece of the action.

But while putting in the hours on Fortnite might sound like all it takes, the professionals see things differently. They’re beginning to point to the time away from the screen – and even spent inside a gym – as separating the best from the rest. 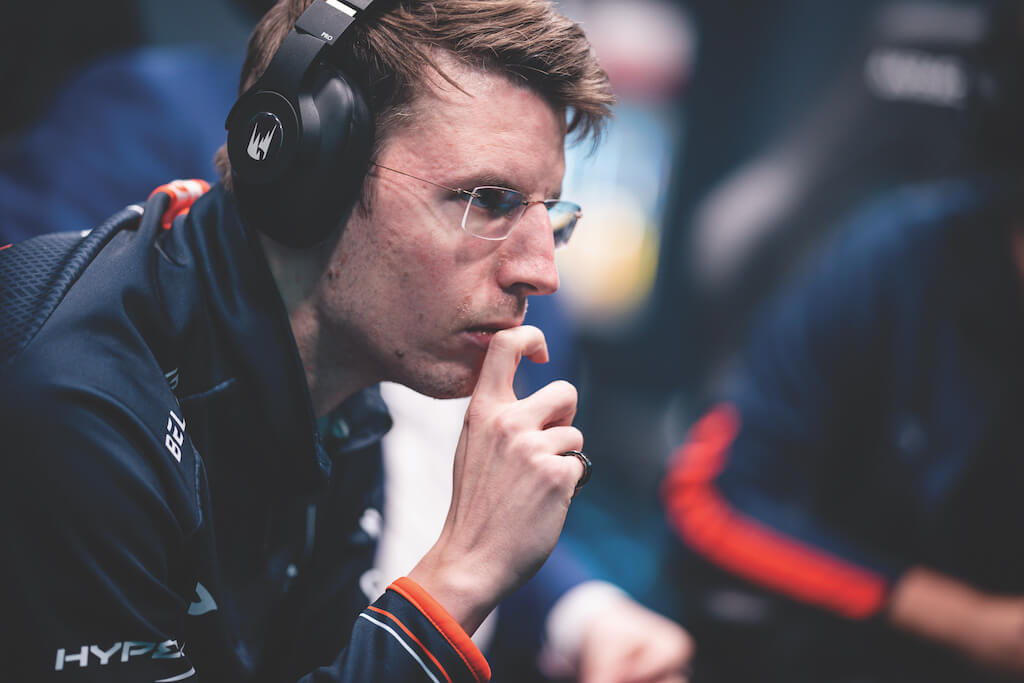 Fabian Broich has taken esports into the fitness sphere

Fabian Broich is the head of performance at Excel Esports, a professional team based in London that competes in League of Legends and Fortnite games.

Broich, who has a bachelor’s degree in psychology and a masters in sports psychology, joined Excel in 2019 with a view to taking the team to the next level.

“I don’t think people outside the gaming industry are aware that performance is increasingly becoming talked about and implemented in the industry,” Broich says.

It’s his belief that paying closer attention to physical and mental training akin to how athletes train has become a bigger part of many professional gamers’ lives.

“Improving mental and physical health can help you deal with the stresses of being a professional gamer, and cope with the physical and mental toll that comes with that,” he explains.

“Not many people know how much you can improve as a competitive gamer by improving physically and mentally, although this is definitely something esports organisations are slowly becoming aware of.”

Broich says his track record of improving other esports teams in the league and openness to his approach by his new team made it easy to implement changes that could make the difference – although it’s not been as easy to do that in the past.

“I’ve tried to implement exercise and diet routines into players’ lifestyles to the point where they are effectively training like an athlete would,” he says, “and some players didn’t like that too much.

“But they don’t realise just how much they can improve their game by improving their physical and mental health. It has taken time to introduce these practices, and make everyone understand that a healthy lifestyle can improve performance and have everything moving in the right direction.”

These areas of focus aim to reduce injury and improve cognitive function, concentration levels and heart volume, to better cope with stress and be more healthy in general.

Stretching routines can last 15 to 20 minutes a day, while cardiovascular sessions – whether that’s running, on the bike or walking – happen two to three times per week for 45 minutes. Resistance training, meanwhile, is undertaken two to three times a week, in 30- to 45-minute sessions.

Player sleep is tracked and monitored by Oura Smart Rings, with chefs taking care of nutrition. Tailored workout programmes are made for each of the players, and they have access to a home gym, where they can safely train while gyms are closed.

Then it’s down to players responding in a positive way to routines that are new territory for them.

“Players often have little to no experience with physical activity, so there is a little bit of a shock factor when they first start training,” explains Broich. “But the training has been really good for them for various reasons.

“A lot of the players are quite introverted and training has helped increase their self-esteem, self-confidence and stamina.” 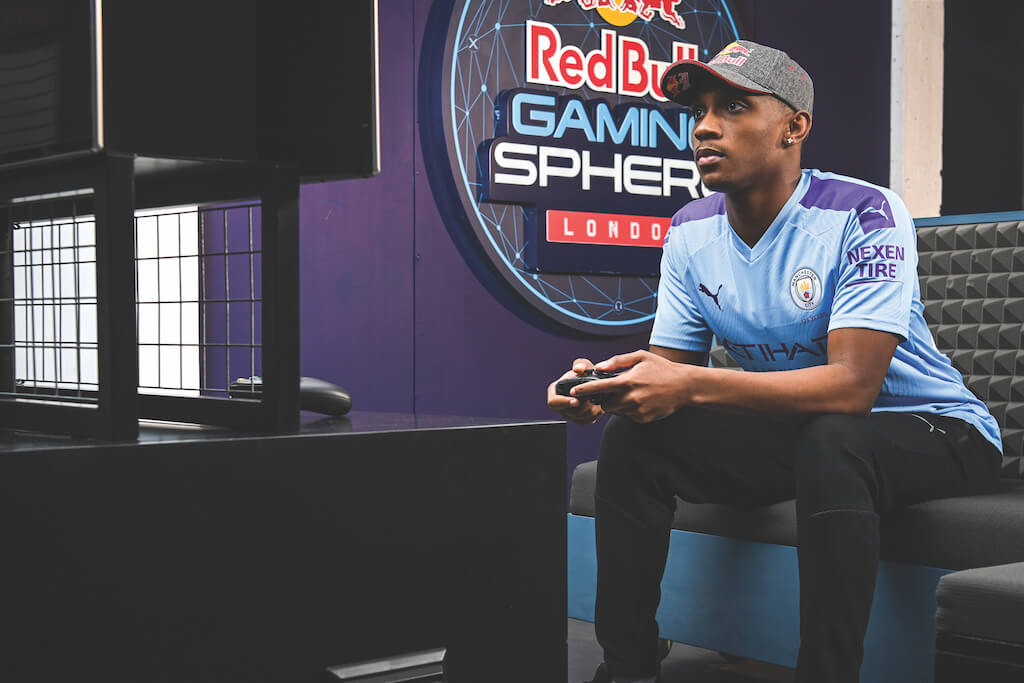 Red Bull athlete Ryan Pessoa is a FIFA man. He signed up with Manchester City’s esports team in 2019 and represented the club at the eClub World Championships, where he reached the quarter finals.

His route to professional gaming started at university, where he competed in weekend leagues on FIFA 17 against friends. He ended up qualifying for a professional event, which he won to qualify for the grand finals. Not long after, he went pro.

While already maintaining a strong level of physical fitness playing football, going to the gym five to six times a week and representing his university in athletics, Pessoa hadn’t yet shifted his thinking to using that workout time to benefit his gaming. Then he had the opportunity to visit Red Bull’s Athlete Performance Centre, and things changed.

“It was sort of a wake-up call,” says Pessoa. “It wasn’t until that visit I realised how important fitness and nutrition was to competing. Of course the ability is important, but there are so many different aspects that help with performance.

“Especially the mental side of things, getting to speak to psychologists and looking at sleep schedules, which was an issue for me. Also, good nutrition and having a diet I’m comfortable with has helped a lot.”

Pessoa trains most days, typically working on strength in the early part of the week, which is less about gaming and more about what had already been part of his usual routine. He incorporates some aerobic exercise – usually running or indoor rowing – and fills those days in-between with more cardio time.

When it comes to competition, a more thoughtful approach to physical and mental training has paid off for Pessoa. “It’s easy to fall into a trap of getting nervous or anxious,” he says. “And I knew that was something I had to work on.

“I’ve noticed nerves don’t impact on my performance as much as they did before. You can lose a game based on negative emotion rather than your skillset, but that’s something you have complete control of.”

While physical fitness and wellness regimes are now becoming a fixture in a professional gamer’s life, there may be a way to go before it’s more widespread. Pessoa, though, thinks it’s inevitable that esports is going to change in a big way:

“I feel like there will be a stage in the future where the players are the people that have the will to perform at the highest level based on their skills and also their fitness levels.”

Broich, too, sees many reasons why gamers who want to be the best invest in this approach right now.

“From my side, there are a lot of clear benefits,” he says. “Those include emotional balance, better focus and concentration, self-confidence and improved posture.

“From a psychological point of view, training is huge, and I think instilling that confidence is key. My hope is a lot of other esports organisations will follow suit and invest in performance managers and programmes.”