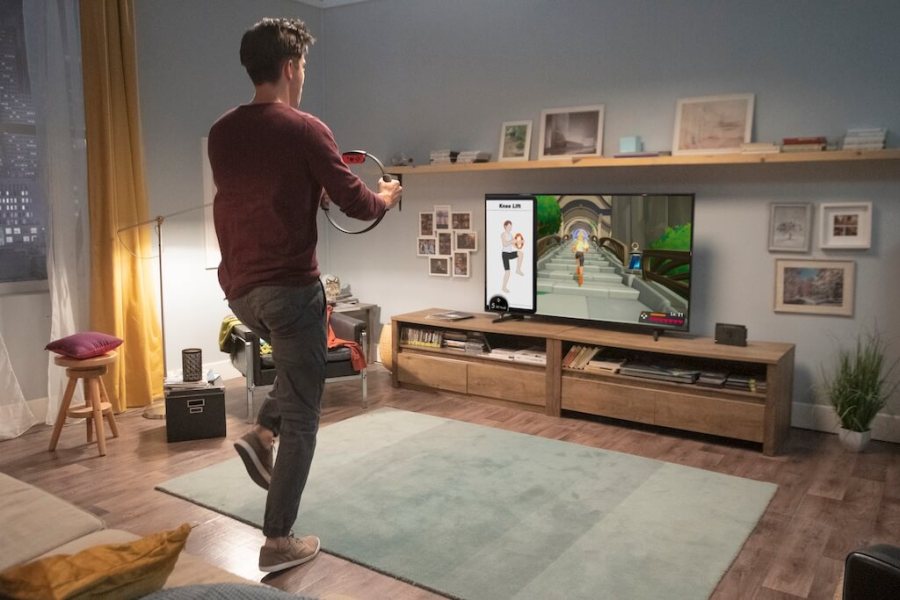 Gaming expert Andy Robertson runs through the best exercise-oriented games for taking your fitness to another level.

The gamification of exercise is nothing new.

However, historically it has been the epitome of both poor video games and ineffective exercise advice.

Hope is at hand, though, with a new crop of games that make movement, location and exercise integral to the experience, rather than an afterthought.

While many games use motion as part of their controls, these games use it as the central interactive element, encouraging accurate and controlled movement. 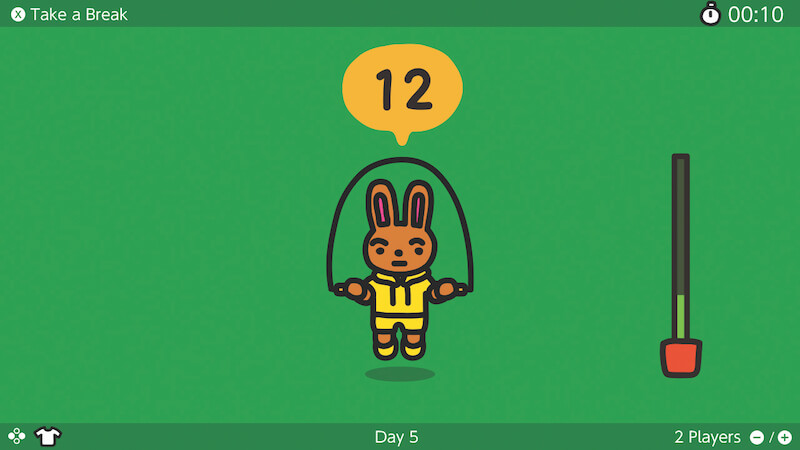 A virtual skipping game where you hold the Nintendo Switch controllers like rope handles and skip.

It sounds and looks simple, but the focus on repetitive and accurate motions makes it a real challenge.

The game displays an on-screen counter to help you focus.

It also offers different daily challenges and tracks your progress over time. 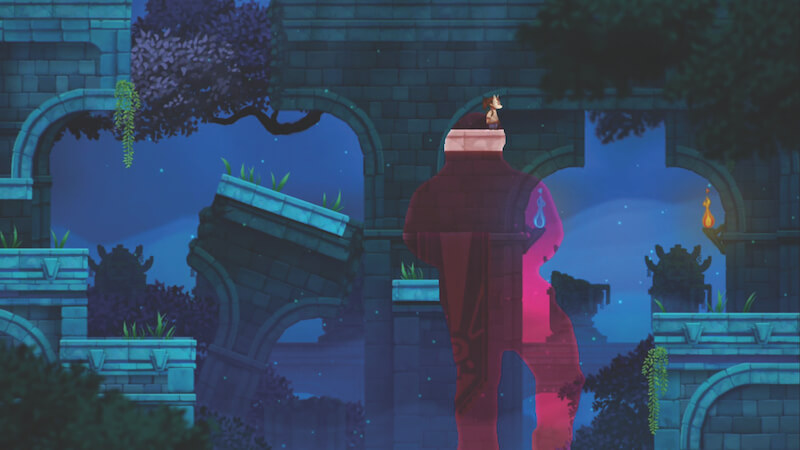 An unusual platform video game. One player uses a controller to run and jump around the level; a second player stands in front of the Xbox Kinect camera and appears on the screen in silhouette.

This person uses the outline of their body to create platforms and help the character reach the end of each level.

This interaction between body and screen means the player must communicate and time their movements with the controlling player. 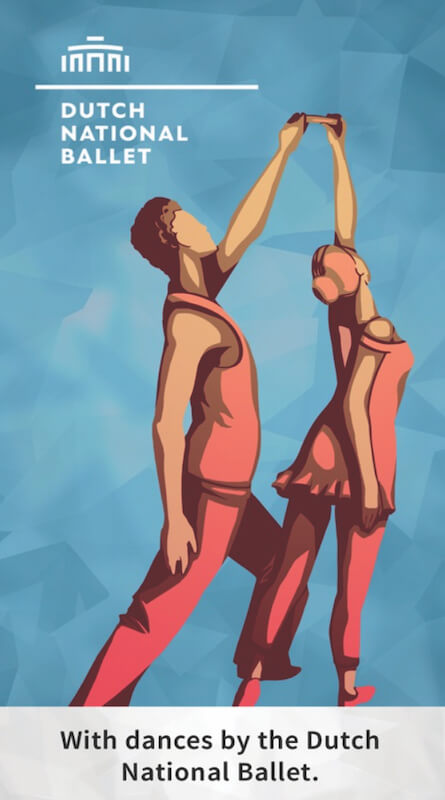 A smartphone dance game that gets players to move their bodies in controlled ways.

Two people hold opposite ends of one smartphone then move together to keep a cursor over the ball.

What starts as a novel way to interact with the game slowly encourages the two players to move creatively together as they complete each level.

It’s a bit silly – like the classic game Twister – but it also has elements of dance running through it.

There are eight dances: four of them are light-hearted challenges and the other four are ballet-like choreographies created by the Dutch National Ballet.

These games offer fitness benefits by getting you to compete with other people in the same room or against players online. 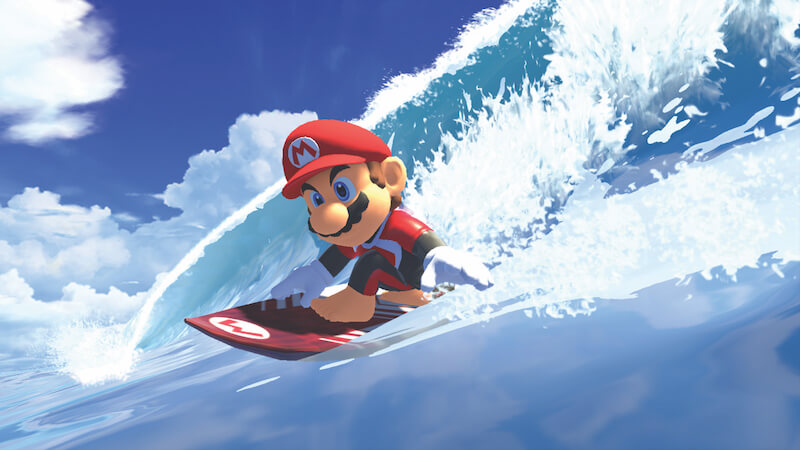 A series of competitive sports games you play with motion controllers.

While the visuals are less impressive on the older hardware, all versions of the game offer fun, exuberant, mini-game exercise.

There are 20 or so different sports in each of the games, making for fun, competitive introductions to new activities. 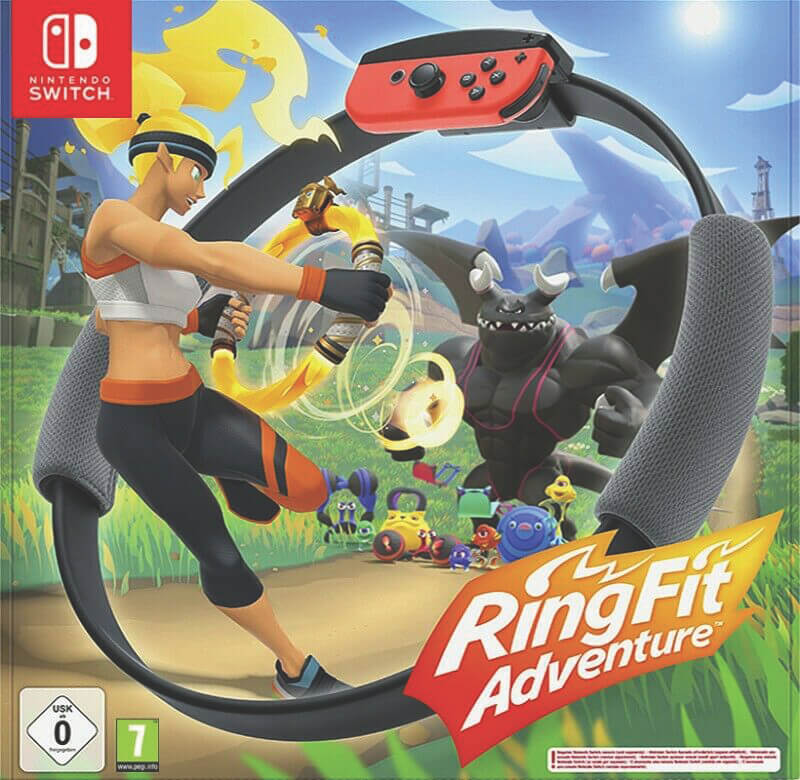 A running and jumping adventure game with a difference.

You control your character with the circular plastic Ring-Con in your hands and Leg-Strap on your leg.

The game tells how much you are moving and relates that to progress in the game.

Unlike other fitness games, this offers a video-game challenge as well as a workout.

You explore a fantasy world to defeat a bodybuilding dragon and his minions using real exercises.

Jog in place to traverse grass-swept plains, shoulder press to attack enemies, and strike some yoga poses to refill your health metre. 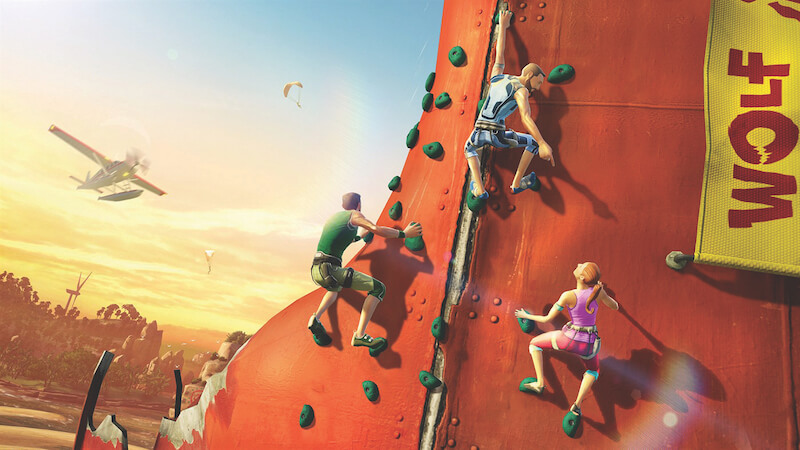 Both offer sporting challenges similar to Wii Sports. However, these games are played using the Xbox Kinect camera, so you simply move in front of the screen to control the different activities.

This not only encourages more energetic activity, but also provides a controller-free experience.

Whether you want to take on the frantic Track & Field races or more sedate Skiing, the movement required to play the games ensures you’re always getting a decent workout in. 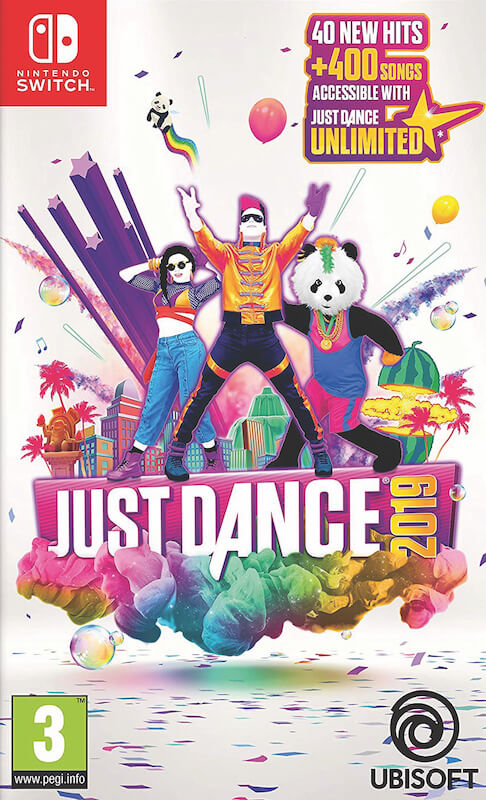 It’s been around for a long time and is available on all consoles right back to the Wii.

Play by holding a motion-sensitive controller or standing in front of a camera that tracks movement.

It’s super-simple, with on-screen dancers who demonstrate each move and a prompt of what’s next at the bottom.

If you don’t have a console, Just Dance Now offers the same formula, but utilises your smartphone as the handheld controller.

Gaming worlds are imaginary places, but these use your real-world location to drive the virtual experience. 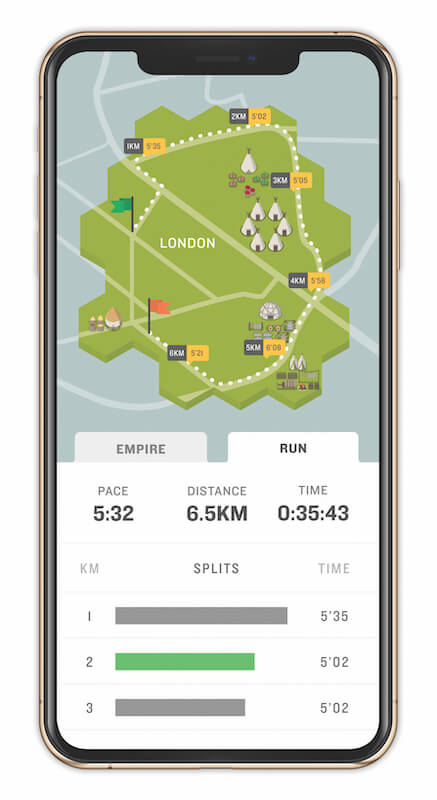 Run An Empire
Free to try then £4.99 starter pack, runanempire.com

The app that combines real-world running with a strategy game where you battle other players for land and resources.

Once set up, you run around your neighbourhood – which in the game is divided into small hexagons.

As you encircle areas in the real world, they become yours on that map and provide you with an income in the game.

You can take on other nearby players to earn additional chests if you have enough resources.

A recent addition is the treasure hunt time-limited items in your area to go and find – these earn you extra points to build your defences and kingdom. 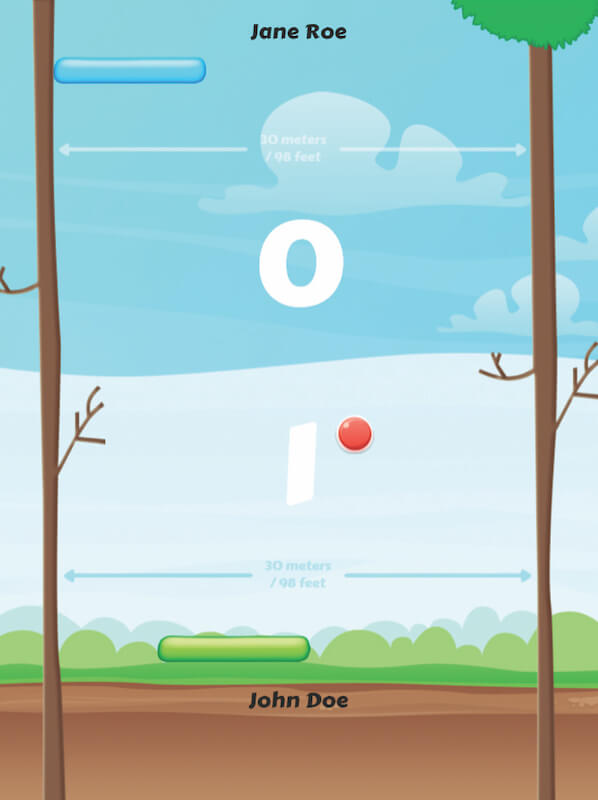 A game of retro bat and ball played in the real world: simply run and walk to move your bat.

Once you’ve set the game up on two smartphones (with data connection) you specify how much space you have and then move to position your bat to return the virtual ball to the other player.

It’s a simple idea that is well executed. You can have a lot of fun running around a park playing a virtual game – just don’t be surprised if passers-by ask if you’re feeling OK.

Stories are inherent to being human, and Finding ways to combine storytelling with exercise is a great way to provide fitness motivation. 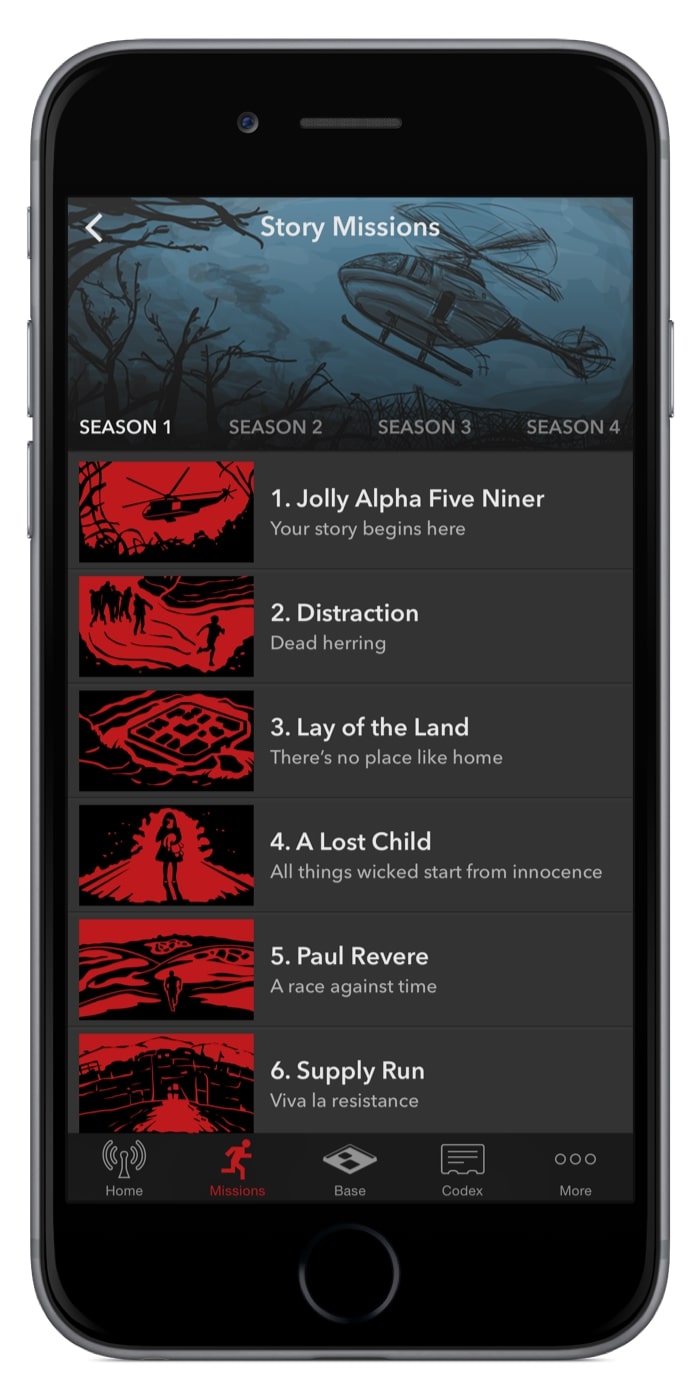 You’ve probably heard of this one, but what you might not know is that the game has been hugely expanded.

You choose the distance on the app, run in the real world and the zombie-apocalypse narrative plays in your headphones.

You don’t have to run a specific route, but with clever writing and pace detection it offers plot points that encourage you to keep going.

At certain points in the run you will need to pick up the pace to escape an attack, and there are now over 400 different mission stories. 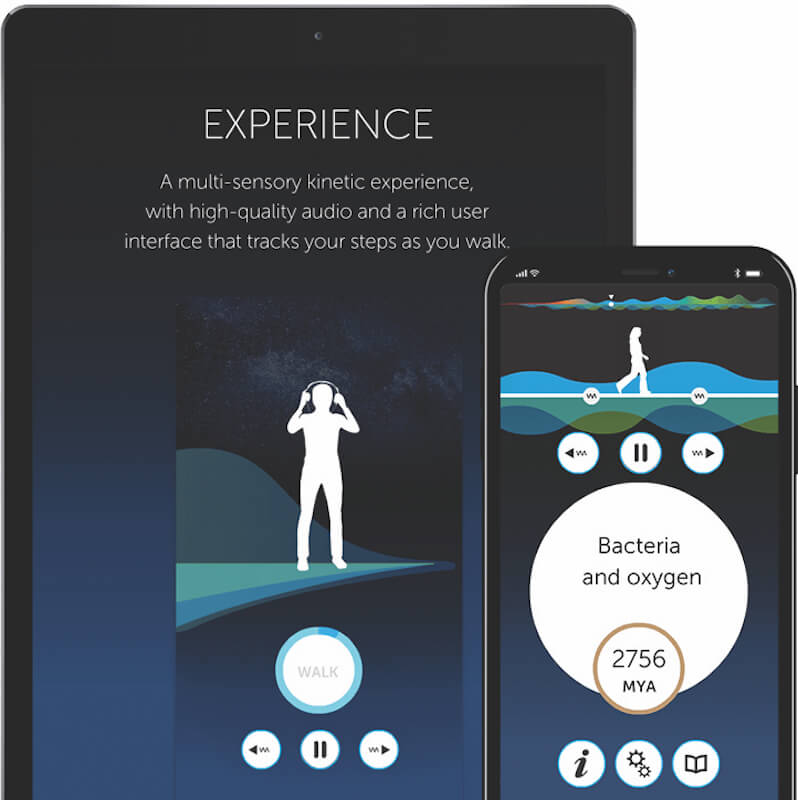 An exploration you experience by walking. You listen to a history of the Earth that’s tied to each step.

The game calculates your speed and distance to match your real-world progress and translates it to a journey across 4.6-billion years of time, taking in every key evolutionary event as they occur.

It’s not only a good reason to get out the house, but it offers a meditative and educational experience for all ages.