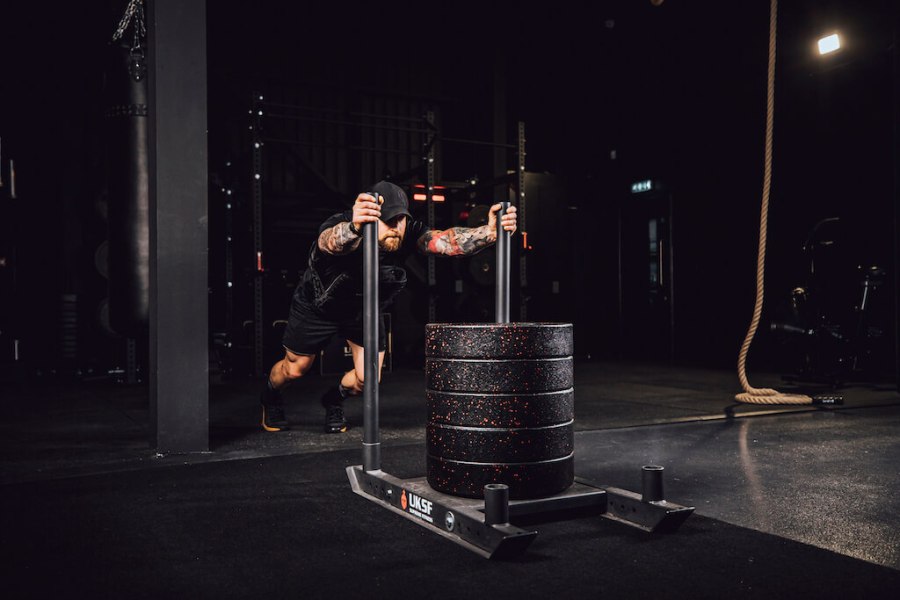 Anthony ‘Staz’ Stazicker is a distinguished Special Forces operator, with 13 years of military service under his belt.

Staz has recently joined SAS: Who Dares Wins as the new DS for 2021, and he’s the co-founder of high-performance outerwear brand ThruDark.

“I usually train at a high intensity and complete all my workouts within 45 minutes,” he tells Men’s Fitness.

“The below exercises are my go-to, and I’ll usually combine five or six of them into a circuit. These circuits tend to be done three to four times a week, and I’ll sometimes add in a weighted vest to increase the challenge.”

“These are a great all-over body workout, usually completed with 20kg dumbbells,” says Staz. “Concentrate on controlling the movement throughout.” 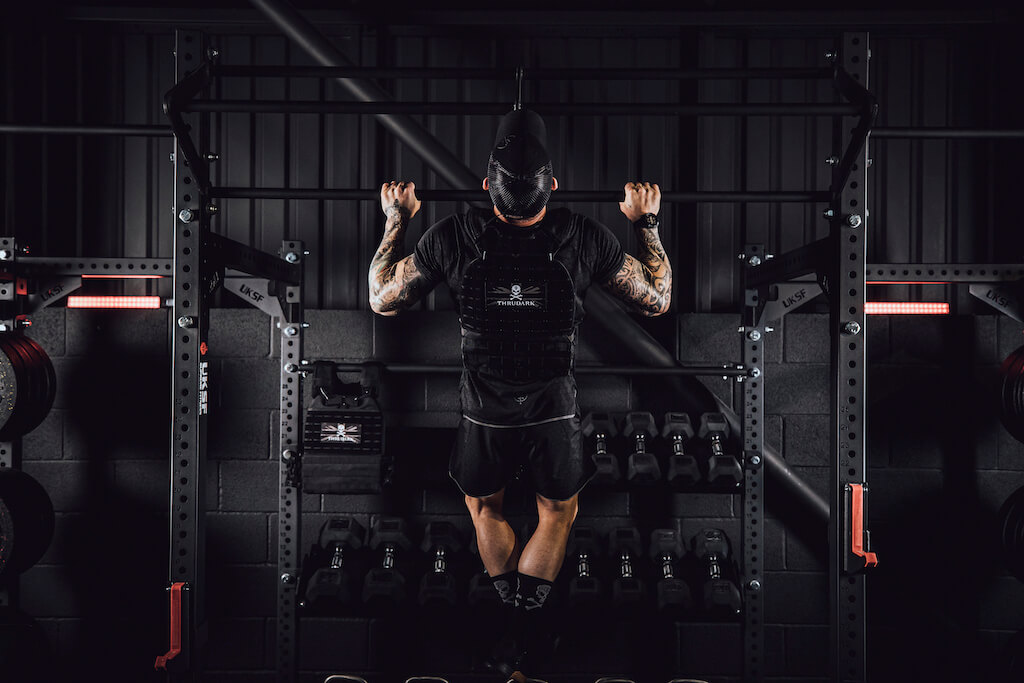 “Pull-ups are a great benchmark for upper body strength,” says Staz, “and these have been a go-to exercise for me during and since leaving the military.” 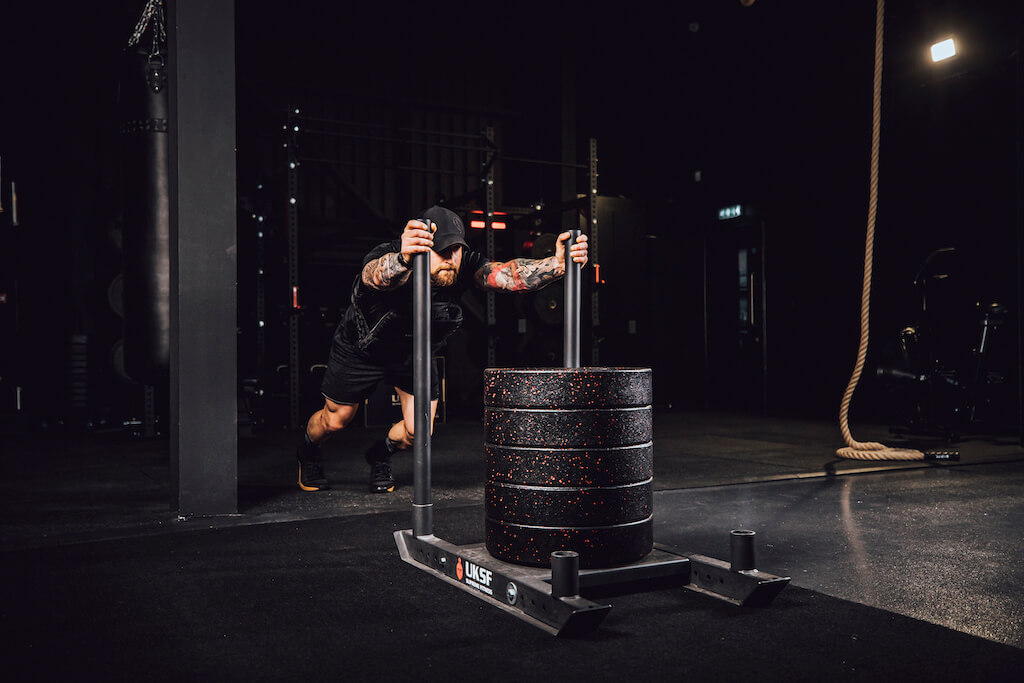 “I have a lower-back injury, so I really like sled pushing and pulling as an alternative to squatting,” says Staz. “I can still maintain a high weight load and really target the legs and core.” 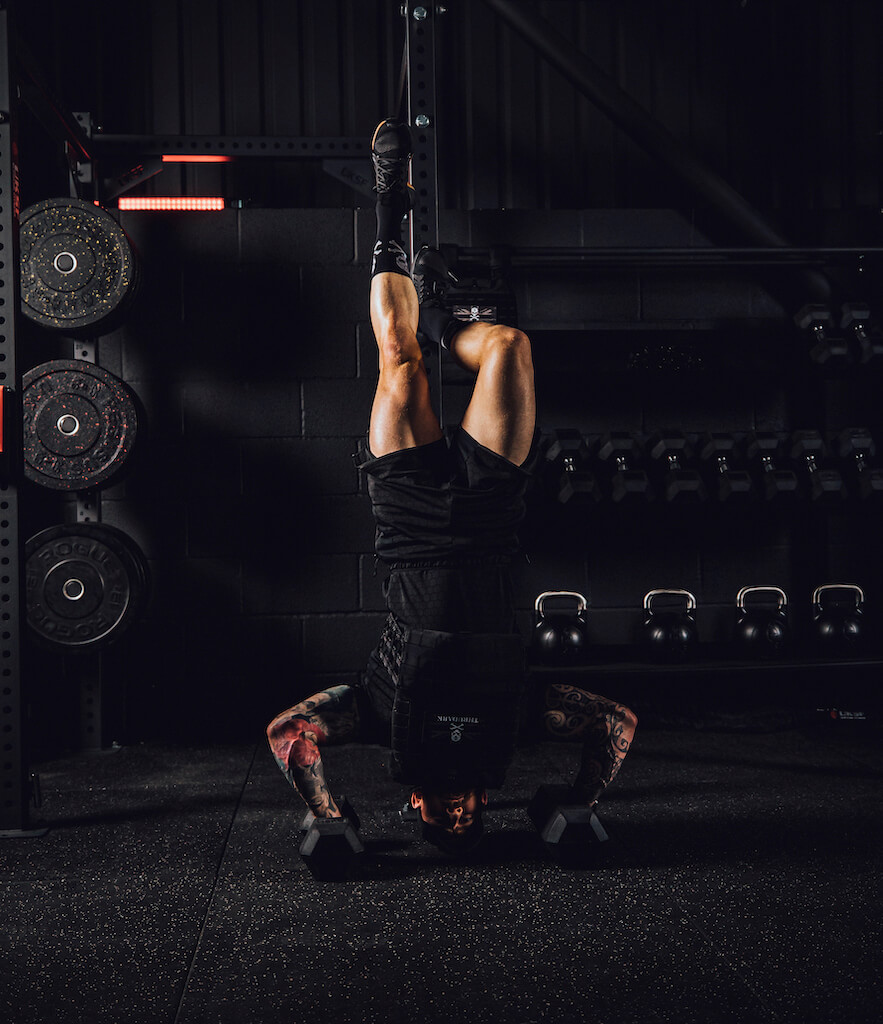 “I’ve always been interested in gymnastics, and handstand press-ups really hit the shoulders and core like no other exercise,” says Staz. “These can be performed anywhere, with just your bodyweight.” 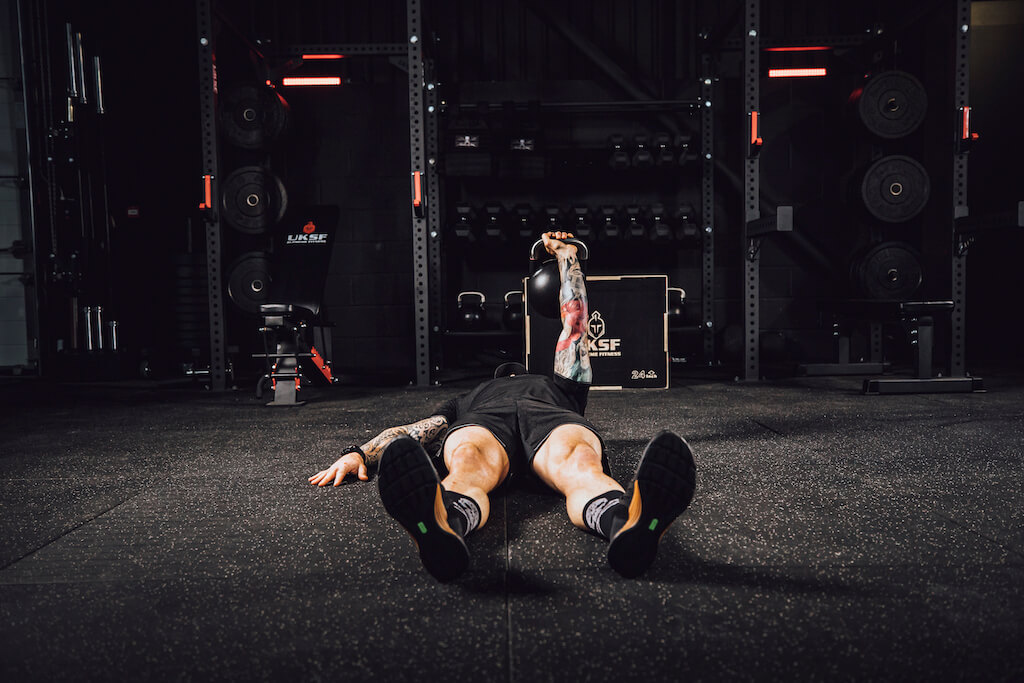 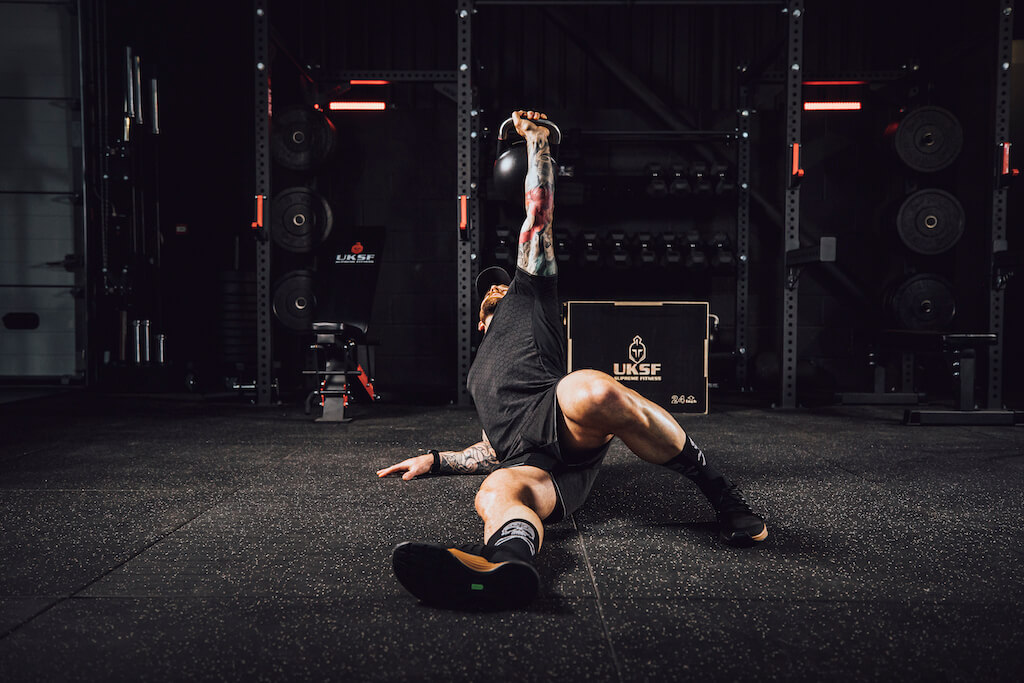 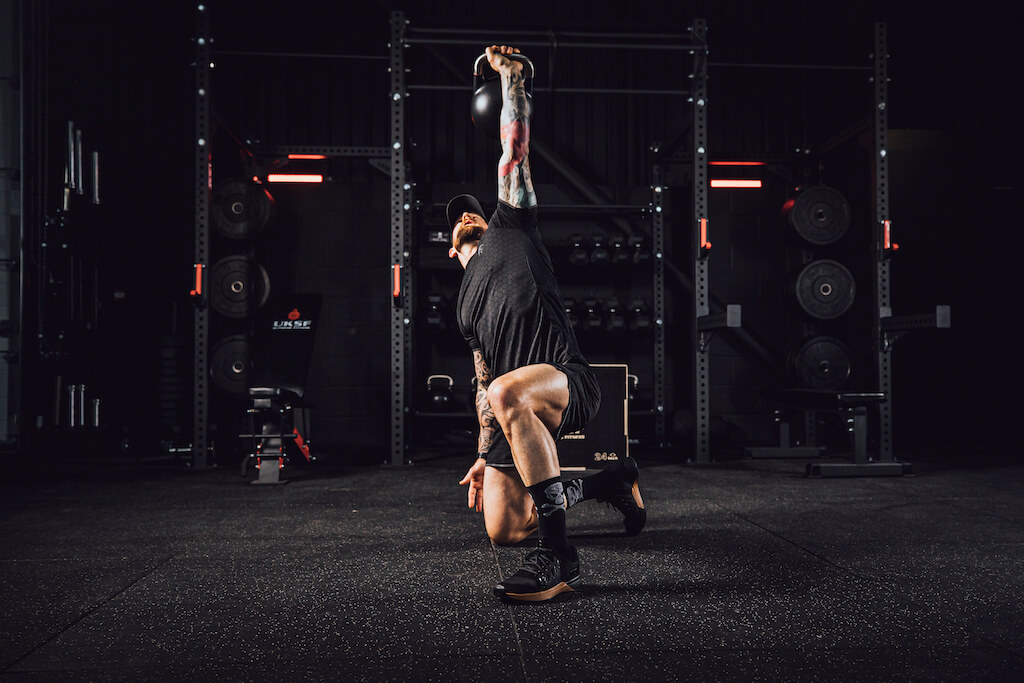 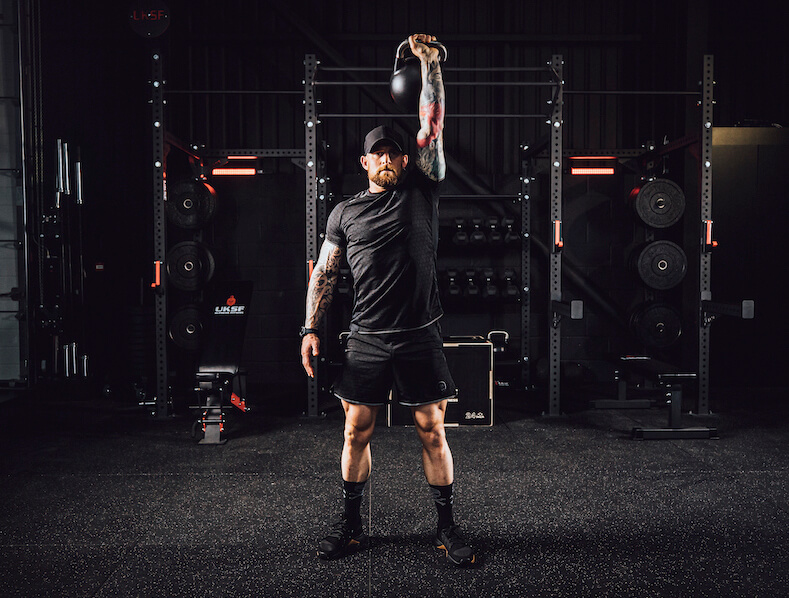 “This is my favourite core exercise,” says Staz. “It requires minimum space, and either a kettlebell or dumbbell. Turkish get-ups target the whole body, and help with coordination and movement patterns.” 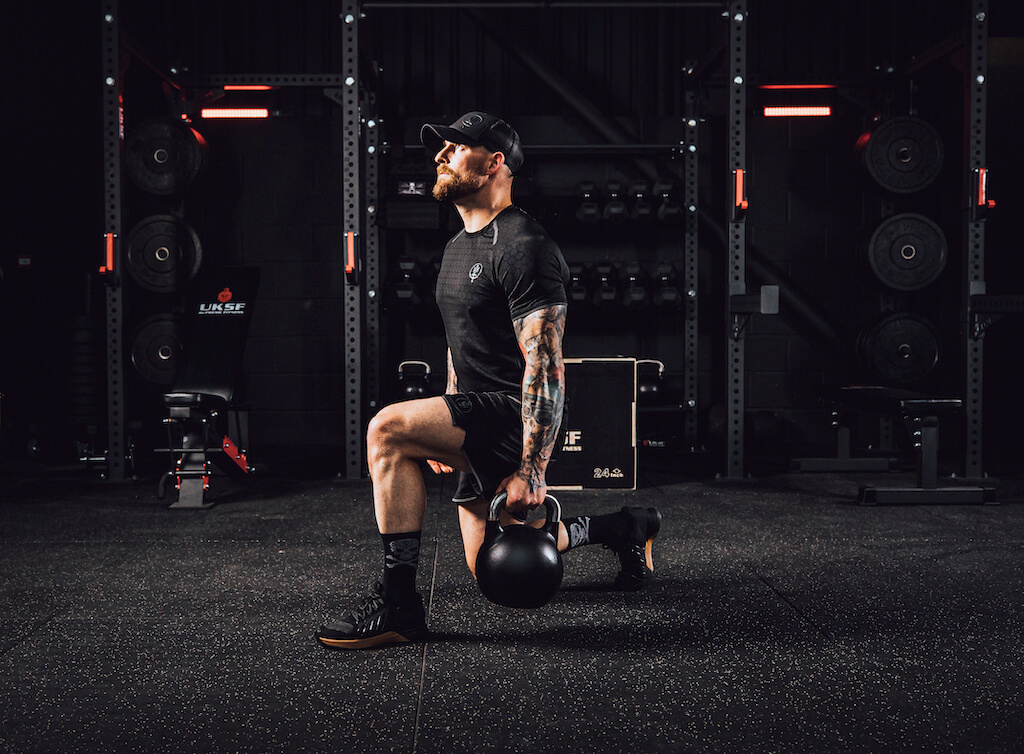 “Isolating the legs and core with lunges works really well for me,” says Staz. “Take each lunge slowly and controlled for maximum muscle activation.” 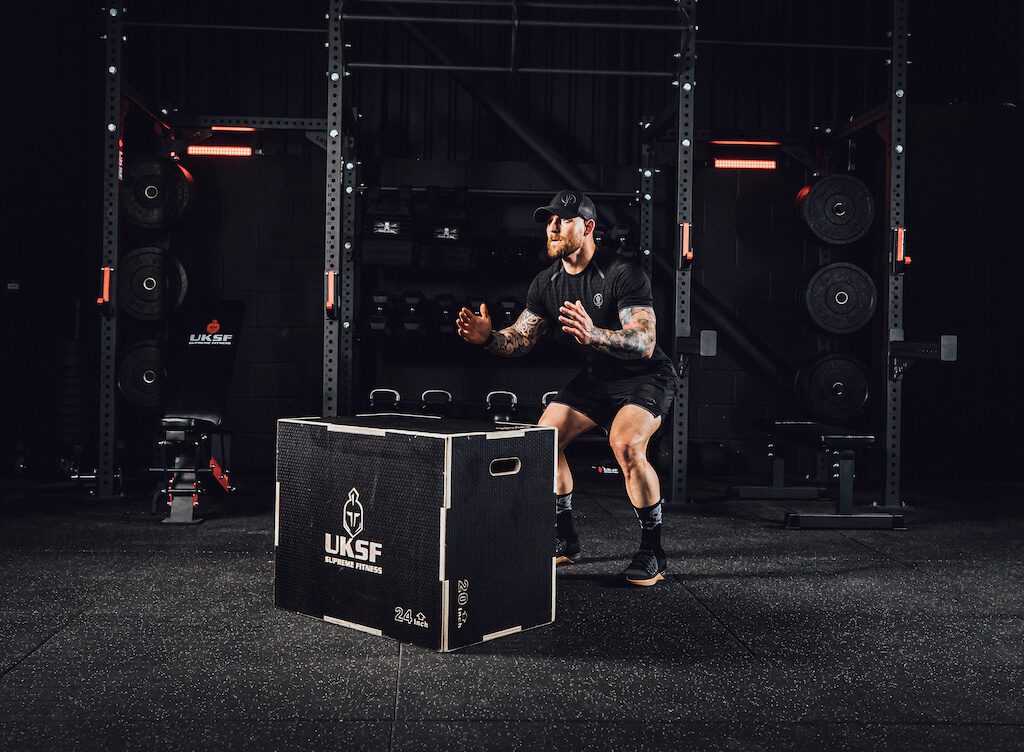 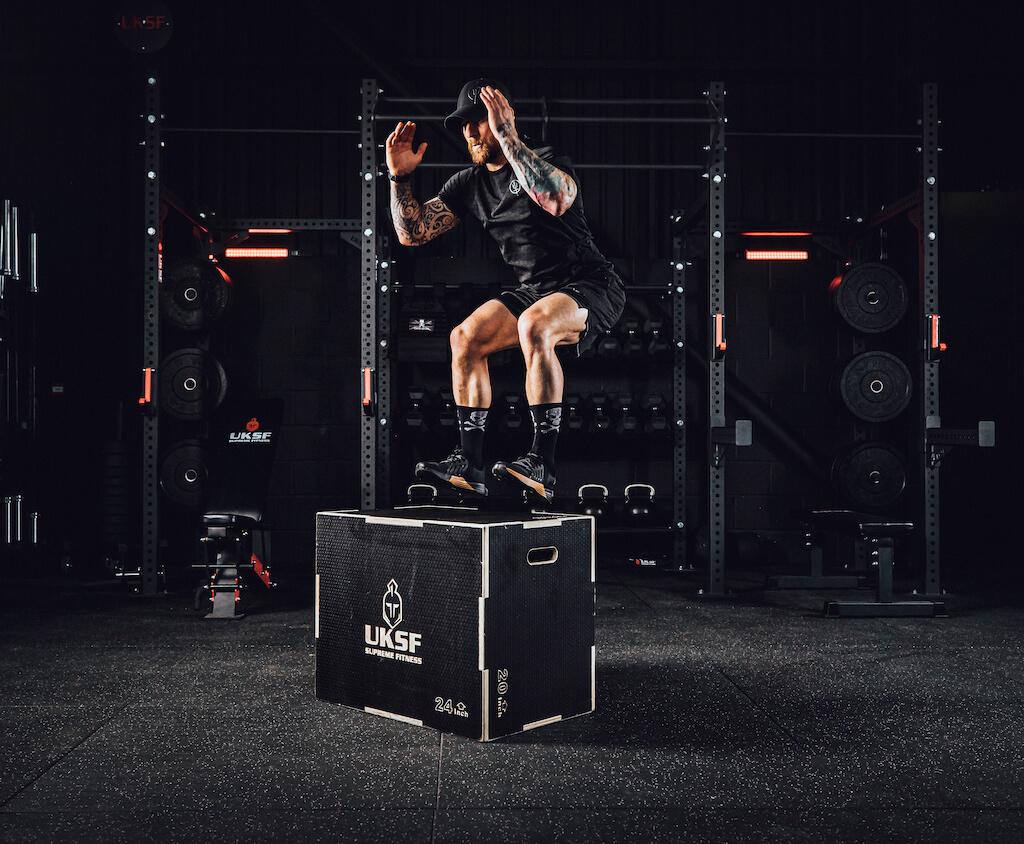 “Box jumps are great for explosive power and coordination,” says Staz. “I alternate heights and angles of the jumps when required.” 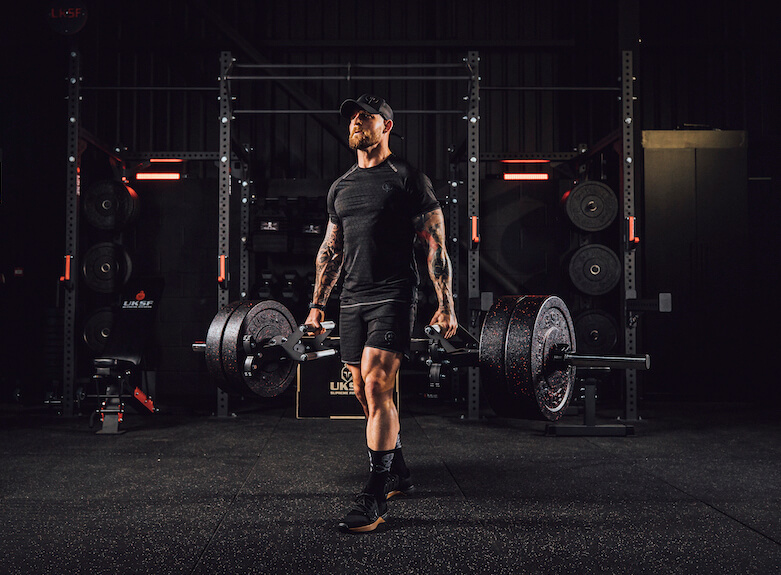 “Nothing is as simple – or difficult – as moving heavy weight under control over distance,” says Staz. “Farmer’s walks are great for grip strength, which is often ignored.” 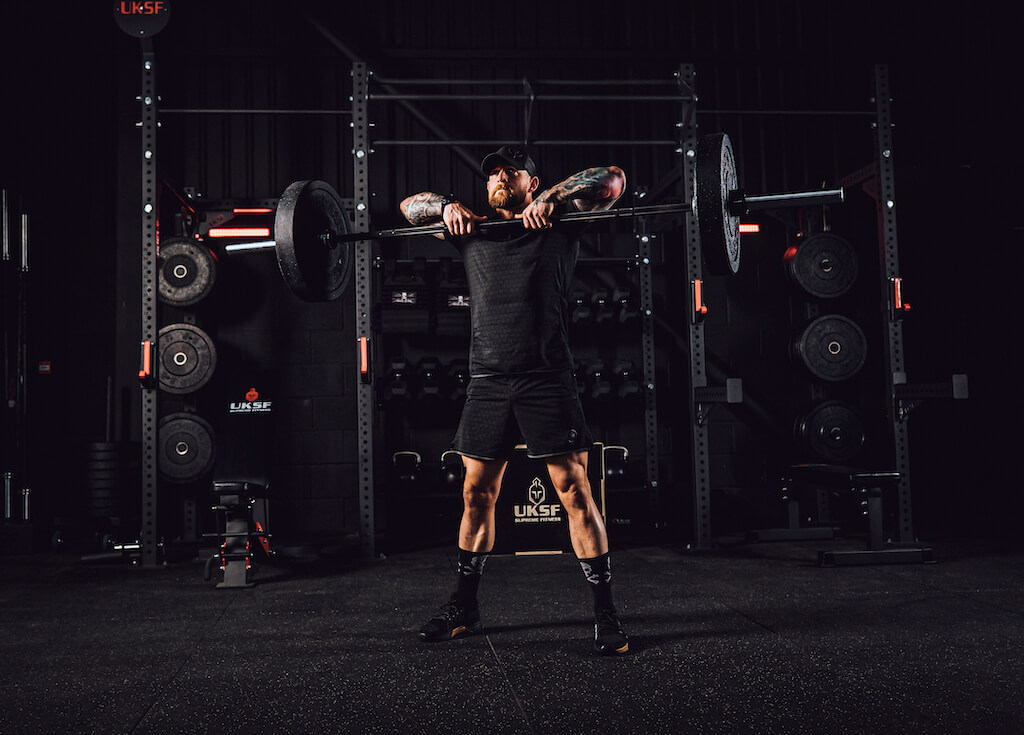