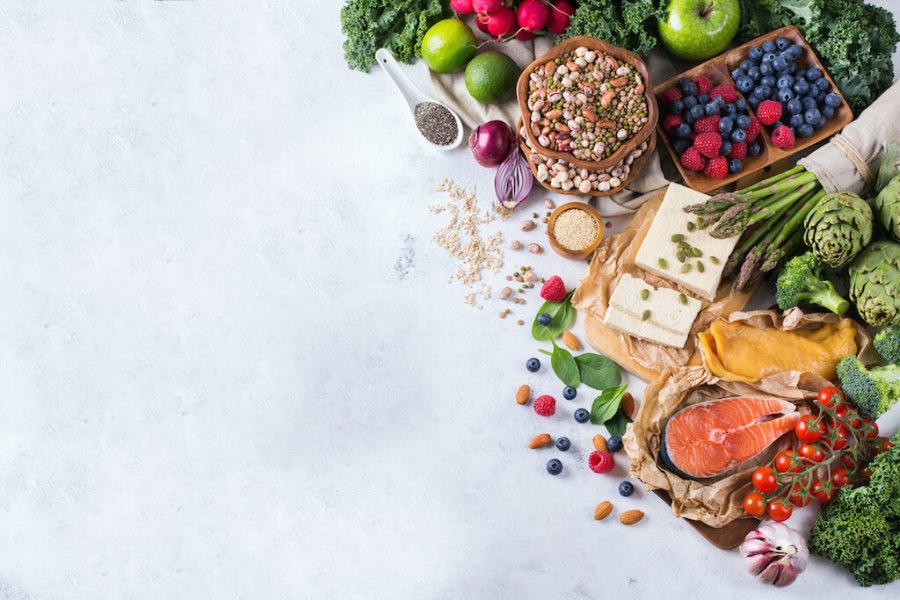 Optimum health and fitness depends not just on how you train your body, but what you put into it.

In fact, working out religiously is going to get you nowhere unless you’re also putting the right mix of macro (protein, carbs, fats) and micronutrients (vitamins, minerals and other essential molecules) into your system.

Chances are, you know all about the big three macronutrients, but on the micro level things can seem a little more complicated.

To put it simply, vitamins are organic substances that act in tandem to keep your body’s cells working normally.

Minerals, meanwhile, are inorganic, chemical elements – including calcium, zinc and sodium – that aid everything from bone health to metabolic function (turning the food you eat into energy).

While there are 13 essential vitamins, some should be sought out more than others. Minerals, on the other hand, number in their thousands.

So, to cut through the confusion, make this list your priority.

6 micronutrients for optimum health and fitness

Vitamin B12 is necessary for blood cells to perform efficiently and has a role to play in maintaining the function of our nerves.

Low levels of B12 are associated with extreme fatigue, and while it’s readily available in a lot of foods – especially meat, eggs and dairy – it involves a complicated absorption process using ‘intrinsic factor’ (IF) made in our stomach.

Some people are unable to make IF, so are unable to absorb B12, which makes them deficient. These people will need specific supplementation via an injection, which is available on prescription only.

Vegans will also need to supplement with B12, as it’s not available through a plant-based diet.

However, a review article by Braakhuis in 2012 reported that in the studies conducted into vitamin C, doses above one gram a day actually impaired sports performance.

Another key consideration is that vitamin C is a water-soluble vitamin, so it’s more than likely that any excess intake will be excreted.

In the general population, a dose of 60mg a day – the amount found in a regular orange – is recommended for optimal immune function.

For athletes, it has been suggested that 200mg a day, through a variety of fruit and vegetables, is  sufficient to maintain health and performance.

In the UK we can only absorb the right wavelength of sunlight to make vitamin D between the months of April and September, and only between the hours of 11am to 3pm.

That means the majority of the UK population tend to have suboptimal vitamin D levels, particularly through the winter months.

Many studies have demonstrated that being low in vitamin D is linked to a depressed immune function, poor skeletal muscle recovery, low bone density and increased fatigue.

If you find that you struggle with repeated illness over the winter months, or that you are experiencing increased muscle soreness and not recovering properly between training sessions, it’s worth having a blood test to check levels.

If deficient (levels under 90 nmol/l in those physically active), this is one supplement you would definitely benefit from taking.

It’s a difficult nutrient to get through your diet alone and is probably the most credibly researched. (The dose you take depends on your blood level.)

Strenuous exercise results in an increased loss of magnesium through sweat and urine, which ups requirements by as much as 20 per cent and is often the reason magnesium is found in electrolyte products.

Good food sources of magnesium include nuts, wholegrains, legumes, tofu, avocados and dark chocolate – making it a difficult mineral to become deficient in.

That said, due to heavy loss of sweat, some individuals may find they have lower than the recommended levels.

It has been demonstrated that magnesium supplementation, or increased intake of dietary magnesium, can improve exercise performance – but only in those who are magnesium deficient.

Iron is responsible for transferring oxygen between the lungs and muscle tissues, making it essential for optimal exercise function.

When levels are low, oxygen cannot be delivered to the working muscles quick enough, which impairs performance.

In general, low iron levels result in poor energy levels, as well as increased shortness of breath, poor appetite and an increased risk of infections.

New evidence also demonstrates that a low iron level is associated with an increased risk of stress fractures in physically active individuals and could be one of the first signs of relative energy deficiency in sport.

While there are huge benefits to taking an iron supplement when levels are low, there is no improvement to performance if levels are already within the normal limits.

For those concerned, they should ask for blood levels, stores and saturation rate to be checked for an accurate view of their status.

Not strictly a vitamin or a mineral, but probiotics do have a role to play when it comes to performance.

A number of studies have been associated with a reduced incidence of upper respiratory tract infections in athletes during winter months when probiotics are administered.

The recommended dose is a 12-week course of high-dose probiotics prior to a major competition. Further research also implies that probiotics can improve stomach distress in runners.