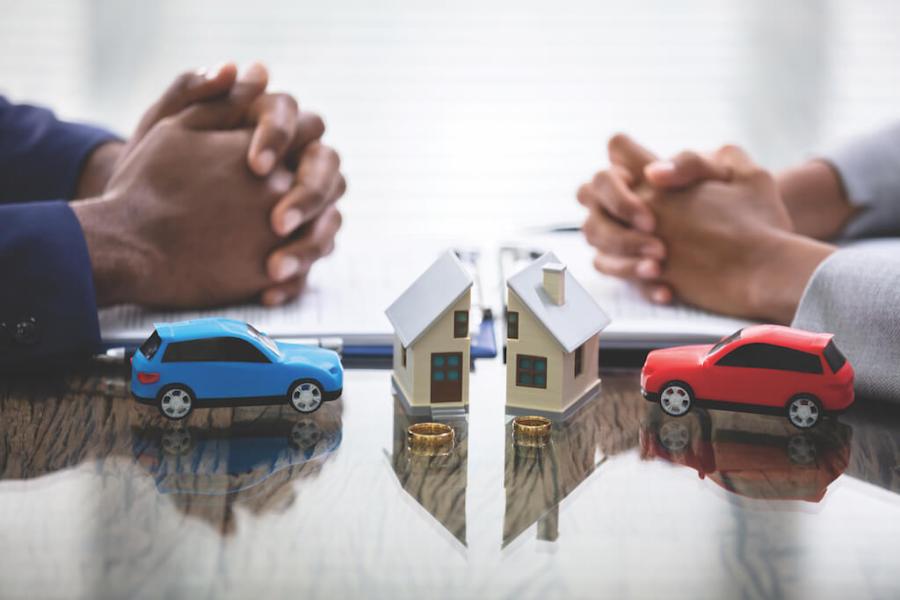 With new ‘no fault’ divorces coming into force in the UK next year, the mental health impact of separation is in the spotlight. Can a new, less combative approach to relationship breakdown help men feel less isolated and alone?

Exactly a third of marriages in the UK over the past 50 years have ended in divorce. Yet the subject remains taboo, a source of shame for those involved and a trigger for mental ill-health that can last for years if not properly dealt with.

A wide-ranging 2013 study for the American Journal of Men’s Health found that divorced men suffered higher rates of depression, substance use, social isolation and suicide compared with men who were married. And a 2003 study for the Journal of Epidemiology and Community Health, using a wealth of data collected
in the United States, found that divorced men were nine times more likely to take their own lives than divorced women.

“Divorce and relationship breakdown is second only to the death of a loved one when it comes to grief,” says Tom Brownrigg, an accredited mediator and collaborative lawyer for legal firm, Goodman Ray. Inevitably, that means the mental health impact, even for those without any history of struggling, is likely to be intense.

“I think that it’s a really important part of a mediator’s job to be aware of mental health, generally, but also the stages that people go through when they’re coming to terms with a loss,” says Brownrigg. “I would ask anyone to consider mediation to help navigate their divorce.”

“What mental health support do you currently have?” says Dawn Harrison, a consultant at Kent-based law firm, Whitehead Monckton. “And certainly, if there isn’t any, I would definitely encourage it, even if they weren’t necessarily presenting in any unusual way.” 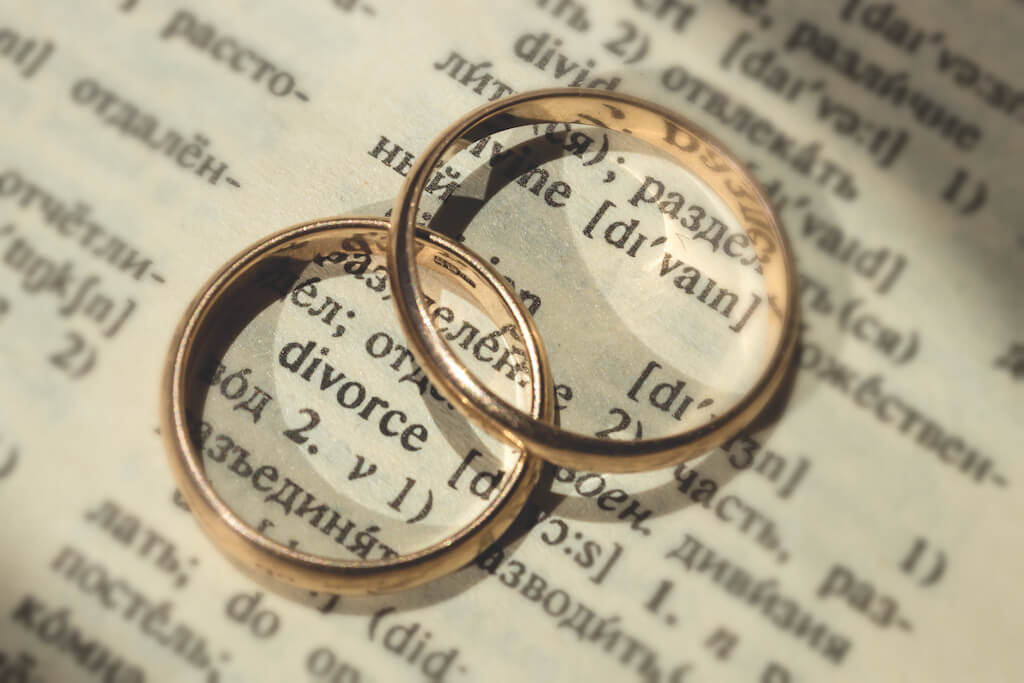 Stepping into the unknown

When it comes to divorce, one of the major issues behind men’s mental health struggles relates to the fact that few people know how to go about it.

“You assume that there’s a court process,” says Tim (not his real name), who separated from his wife of four years in 2019 and is currently navigating his way through an at-times-difficult divorce. “But that doesn’t have to be the case if you can agree on a way forward. It’s only when you go to court or mediation that it becomes expensive and that has a whole other knock-on effect on your mental health.”

Tim paid for a one-off consultation with a solicitor, who explained the options available. However, he and his wife are attempting to finalise arrangements themselves, with the aim of mitigating costs and ensuring their two children remain as unaffected as possible.

While they have yet to go to mediation, the concept of working things out together with a third party is becoming increasingly popular. It is, says Anthony Syder from Amicable – a company that bills itself as a couples-led divorce service – part of a growing shift away from the concept of locking horns in a battle that can take years to resolve. Recent research by Amicable found that 32 per cent of men struggled with a lack of communication in their relationships, which had a knock-on effect when it came to discussing separation.

“I think what we’re seeing a lot of at the moment is people are looking for a different way to divorce rather than the traditional way of engaging with solicitors and approaching it as a battle that needs to be won,” he says. “I think there’s a lot of that mindset, and it doesn’t help from a mental health perspective.”

Syder knows this all too well. One of the UK’s youngest mediators, his parents divorced when he was young. And he says the sheer weight of the issues to be dealt with often means some men find themselves struggling to stay afloat.

“Men get caught up on very different things compared to women,” he says, explaining that the confluence of legal and financial issues, family separation and custody can often lead to an emotional rollercoaster akin to grieving, with men unable to understand what’s happening to them and unwilling to talk about how they’re feeling. It’s really important to take the time to address everything, rather than just try to push through it.”

To that end, Syder says he never puts a time limit on when a separation needs to be completed, with the aim of keeping couples out of court. “Staying outside of a court process means that you are both keeping full control over what the outcome is,” he says. “From a mental health perspective, that’s really useful.”

Tim agrees: “In terms of overall impact on mental health, you’ve got lots of these things going on at the same time. Which part do you have to worry about the most? Which one are you going to focus on? For me, it was just a fog.”

Tim suffers from anxiety and depression, but has been having regular therapy to help ease both conditions, as well as taking medication. But the length of the process has, he says, made life very challenging: “Whether you’re doing it with mediators or doing it alone, it’s tough.”

The importance of therapy

“The hardest thing is separating. A divorce is paperwork,” says Jamie. He and his wife split up in 2020, after five years of marriage. Based in New York, they have been able to take advantage of easier ‘no contest’ divorce laws, where neither party has to blame the other in order to be granted a formal separation. The UK is  set to introduce similar legislation in April 2022.

Despite that, Jamie says the negative impact on his mental health has been noticeable:

“For me, the effect is twofold. It can exacerbate underlying things. I have had chronic anxiety for my entire adult life and the separation made it much worse. But then it can also find new things to unlock. For the first time in my life, I experienced long-standing feelings of depression.”

It was therapy, says Jamie, that helped him get through the process:

Jamie is still working with a therapist and is about to finalise his divorce. He is, he says, in a much better place for having recognised his own needs as well as those of his former partner.

As well as seeking out help for your own needs, it’s vital that you open up a dialogue with your ex, says Dawn Harrison. This can ease the mental health struggles associated with divorce and move beyond the toxic concept of ‘winner takes all’.

“The main thing is listening,” she says. “Listening skills are in short supply when you’re hurting. You’re thinking about the bigger picture, the end game, and you miss out the bits in the middle. You have two ears and one mouth for a reason. Let’s look at the strengths you had when times were good in that relationship and let’s use those as our backdrop to bring you back into some balance again, rather than going to those extremes.”

That is something Tim has had to contend with:

“You’re in a position where you require excellent communication. If you’re feeling overwhelmed or fuzzy, you’re down or just exhausted, then you just can’t be bothered. It requires you to do what you find most difficult with no energy.”

The fact that services like Amicable exist and are trying to ameliorate the situation suggests things are set to get better. But the mental health fallout of divorce is something every mediator, solicitor and the courts – as well as those in the midst of this life-altering process – need to take seriously.

How to get divorce help

These organisations offer a number of services designed to help people work their way through this most challenging of times.

The UK’s leading shared parenting charity, FNF offers online support, local support groups and has a helpline open 9am to 10pm Monday to Friday, and 10am to 3pm at weekends.

Run by psychologist and former family law barrister Charlotte Friedman, this service offers regular group Zoom calls, as well as tips on how to navigate loneliness and grief, plus how to ensure children remain well looked after during the process.

Care for the Family
careforthefamily.org.uk

Care for the Family’s comprehensive support page details the best places for support when going through divorce.