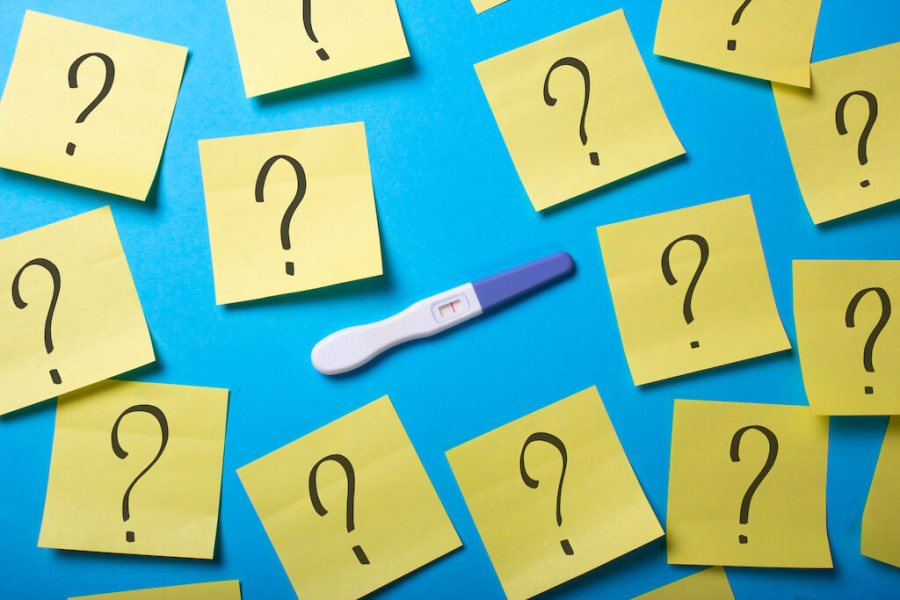 Trice is one of thousands of men in the UK who struggle with their infertility and the punishing fallout of not being able to conceive. A semi-professional racing driver, he has made it his mission to raise awareness about the issue of male infertility and the impact it is having on men’s mental health.

Thankfully, he’s not alone. In the wake of comedian Rhod Gilbert’s Himfertility campaign, in which he revealed issues with his own fertility, a growing number of men are forming their own support groups and revealing their pain. And with a chronic lack of support from IVF clinics when it comes to mental health, it’s needed more than ever.

Down for the count

According to a 2019 Biology of Reproduction paper for Oxford University, sperm counts have halved worldwide in the past 40 years. One in 20 men are now suffering with low sperm count, with lifestyle factors such as obesity and alcohol dependency partly to blame.

A 2017 survey for Fertility Network UK revealed that 93 per cent of men who go through fertility treatment with their partners found the experience to have a negative impact on their wellbeing. Respondents said their mental health suffered, while self-esteem was shattered by the realisation that their sperm may be the cause of their inability to conceive. A staggering 39 per cent said they had not sought or been offered support, with men saying nearly all support on offer was aimed at women.

“Fertility is far too often viewed as solely a women’s issue,” says Professor Geeta Nargund, Medical Director at Create Fertility. “But in actual fact, male infertility contributes to approximately half of couples’ difficulties in conceiving.” 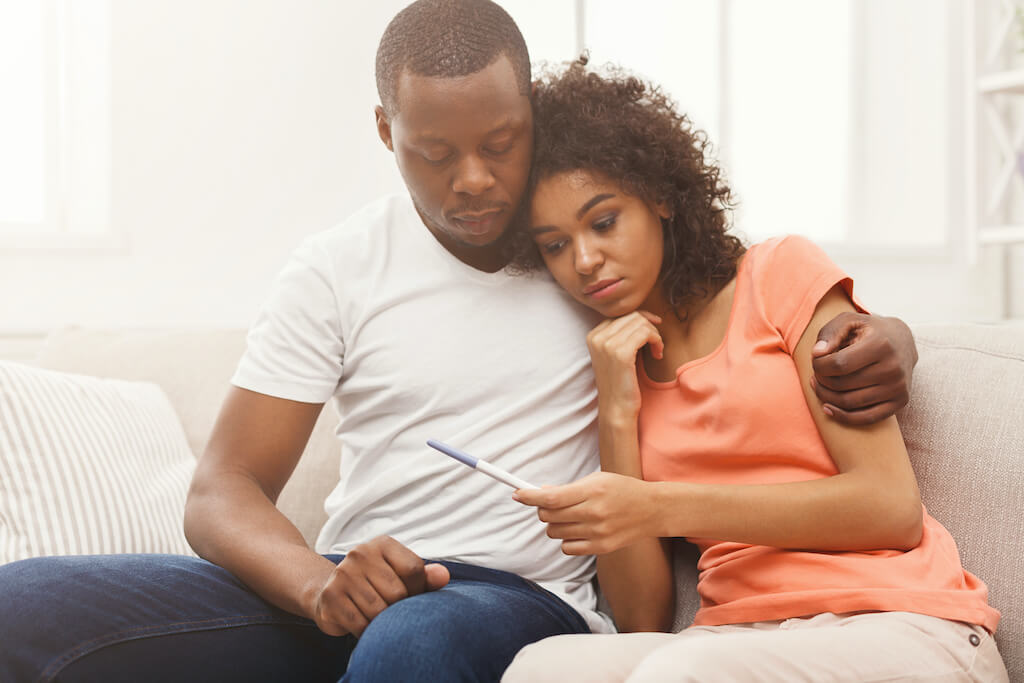 Don’t suffer in silence. If you’re struggling to conceive, seek support and speak to men who know what it’s like

“A lot of people don’t realise the impact it has on your mental health,” agrees Kevin Button. “Some guys just suck it up and just carry on, but you don’t get anywhere like that.”

Button has suffered greatly due to infertility. Told after a series of tests and a painful sperm retrieval process that he was infertile, he suffered a relationship breakdown and openly admits to sabotaging new relationships in the fear that his diagnosis would cause a breakup further down the line.

Button set up The Man Cave, a mental health support group for men, in the wake of his cousin’s suicide. He says those who take part often present with fertility issues. He also makes use of Facebook and Instagram to reveal his struggles and break open the conversation around the topic and has written an ebook highlighting the issue.

“When I got my diagnosis, I was handed a letter saying there was nothing they could do for me, it was either sperm donor or adoption. I didn’t realise the shitstorm I was going into, to be honest. There’s no support network, nowhere to turn to.”

Alexi Christopolous also found support lacking in the wake of three failed rounds of IVF, two on the NHS in Hove and one paid for privately in London. Both he and his partner had issues with their fertility, but Christopolous says clinic staff had become almost desensitised to the pain patients were going through.

“There was nothing like any aftercare, from either clinic, for either of us, after the rounds had failed. It was more, ‘Sorry you’ve not been successful, do you want to do another round?’” He says staff seemed more focused on making money than caring for him and his wife.

Toby Trice says he was in denial about the idea that he might not ever be a parent. It was, he says, “a typical male thing”.

Trice and his partner went through two failed rounds of IVF before his own fertility was even questioned. He says the process was extremely challenging: “I had a breakdown, a complete meltdown and a massive loss of self-esteem. I had no ‘get up and go’. I just didn’t feel like I was worthy of being a man.”

He says that seeing the pain his partner was going through not being able to conceive, while also finding a way to deal with his own fertility, meant he went down a destructive path, keeping his feelings bottled up.

“I was very, very depressed, very anxious,” he says. “I became a racing driver to turn a negative into a positive. I turned to sport, which helped me deal with the frustration and anger and all the worries I had in dealing with infertility.”

Trice now works with Fertility Network UK, running a private space for men to speak online once a month. There are 50 participants.

“Finally, we have now got something for guys to come to and have a chat, a safe space to help them feel supported. I didn’t have that and I wanted to force change.”

This approach is something Catherine Hill feels needs to be promoted more widely: “Men have expressed that they would like to be talking to other men who are going through this. Quite often they don’t want to burden their partner with their own emotions.” 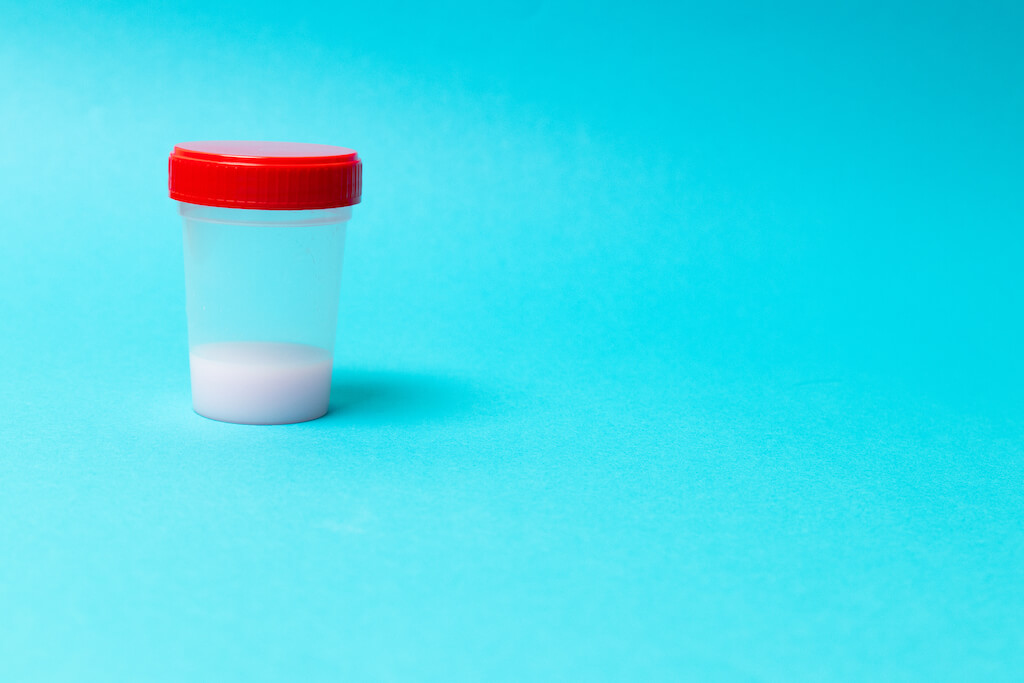 “Not enough young men are aware of what can impact their future fertility, like STIs, taking steroids, obesity and drinking alcohol”

Medically, it is also apparent that more needs to be done to raise awareness of male infertility. Natalie Silverman, who presents The Fertility Podcast and whose own partner, a personal trainer, has suffered with infertility, advocates for andrologists, male fertility experts, to be based in fertility clinics.

She also believes that more needs to be done to educate men and boys about their own fertility. “It comes down to what we’re taught at school,” she says. “Girls are taught not to get pregnant and as a guy you’re taught not to get a girl pregnant. So you’re pretty much taught that having sex will get somebody pregnant.”

Fertility Network UK has started running outreach programmes during university freshers’ weeks, with the aim of raising awareness that men, as well as women, can struggle and that lifestyle factors can play a major part too.

“Not enough young men are aware of what can impact their future fertility, like STIs, taking steroids, obesity and drinking alcohol,” says Catherine Hill. “It’s really important that men are aware of just how much lifestyle and their age can impact on their fertility. Most men aren’t aware that there is a biological clock for men. Although it doesn’t tick in the same way as it does for women, it certainly does from the age of 40.”

“Introducing a comprehensive fertility education module on the UK’s national curriculum could empower young men with knowledge of the role lifestyle factors and age can play when it comes to male fertility,” she says. “Not only could educating young people about fertility help them understand what they can do to protect their natural fertility, but it will also be key in breaking down the stigma that many men experience when dealing with fertility issues.”

For now, that stigma continues to have a major impact on an untold number of men.

“Hundreds of men go through these clinics on a daily basis. And they are shown the door without any support. Where are these guys going?” asks Kevin Button.

One who has struggled greatly is Gavin Phillis. After the pain of two failed IVF rounds, having spent five years trying to conceive naturally, he and his wife had a daughter with their third attempt, using his sperm. Sadly, baby Esme passed away shortly after being born.

The pain of her loss, coupled with the fact Phillis was told his sperm could not be used for further rounds of IVF, meaning that a donor would be required, left him depressed and isolated.

“When the clinic said that they wouldn’t work with me anymore, essentially, they did offer us a couple of counselling sessions. It was all very raw. It felt like a tick-box exercise for them. We loved our clinic, but I just thought, ‘You’re doing this because you’ve got to tick a box to say you’ve done it.’”

Phillis says he felt grief at the fact that his sperm would not be used.

“I call it grief because you’re grieving for something that you can’t have. When people say things like, ‘How can you really grieve, you haven’t lost anything?’ Actually, you’ve lost the one thing that we’re here to do: reproduce.”

It is a recurrent theme when it comes to infertility.

“The grief I felt was the pain that I could see my wife in,” says Christopolous. “That really broke me, I could see how hurt she was and there was nothing I could do to make it better.”

Christopolous now has a daughter through adoption, while Phillis has twin boys and a younger son, born using a sperm donor.

“I just wish somebody had been able to be open and honest and had that conversation with me, that it really doesn’t matter [if you use a donor],” says Phillis.

While clinics still have work to do, a small army of men are getting to work in building support networks. For those struggling with the process of IVF and the mental health implications of their own infertility, the groups and social feeds run by Trice and Button are likely to prove invaluable. 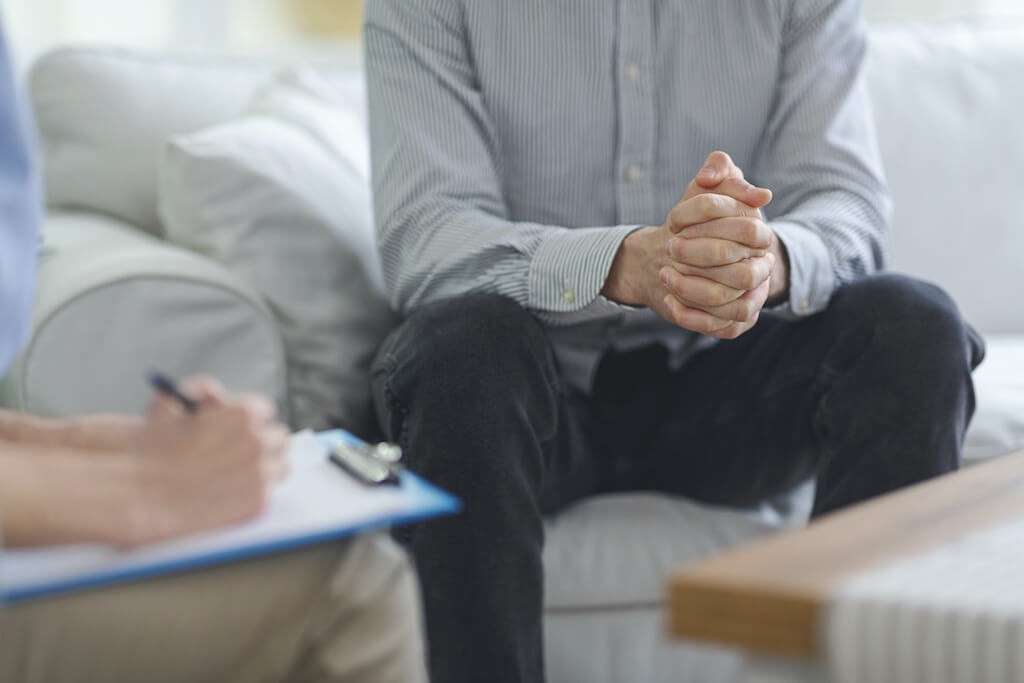 “Lifestyle is the biggest influence on fertility in men,” says Dr Jeff Foster, a GP who specialises in men’s health. Here’s what you need to know:

“The biggest cause of low sperm count in the UK is obesity. If you are significantly overweight, then that produces more insulin resistance, it causes more oestrogen to appear in your sperm and your testosterone levels drop.”

“We know that patients with chronic alcohol use can have suppressed sperm count – and I don’t mean the guy sitting in the town centre drinking special brew. I’m talking about the relatively well-off guy who might be having three glasses of wine a night. That doesn’t seem excessive, but it is still enough to reduce testosterone over time.”

“Anabolic steroids, especially in the younger age groups, are proving to be a big issue. There’s a higher prevalence in steroid use in men than I’ve ever known.”

“Men’s fertility does go down with age. And not only fertility, but the quality of sperm as well. You can’t keep putting things off assuming that it’s going to be OK. There’s a cultural and societal suggestion that somehow everything just keeps going and everything is going to be fine and that it’s a woman’s problem.”

Fertility Network UK has access to support groups across the UK, where men get together to discuss their issues surrounding fertility in a private and non-judgmental way. Head to fertilitynetwotkuk.org and follow the ‘access support’ links.

Natalie Silverman’s excellent podcast is a mine of information for those looking to get to grips with terminology and understand the process of fertility treatment. Her men’s focused shows also do a great job in revealing the stories behind infertility. Visit thefertilitypodcast.co.uk

Run by Kevin Button, this excellent support service can be accessed via a website, them-ancave.co.uk, which highlights first person stories, as well as Instagram, @them-ancave. The latter sees Button host a different guest live on the last Friday of every month.

This documentary highlights the struggles men face with their fertility and proves that those suffering do not need to be alone. Find it on Vimeo: vimeo.com/ondemand/theeasybit