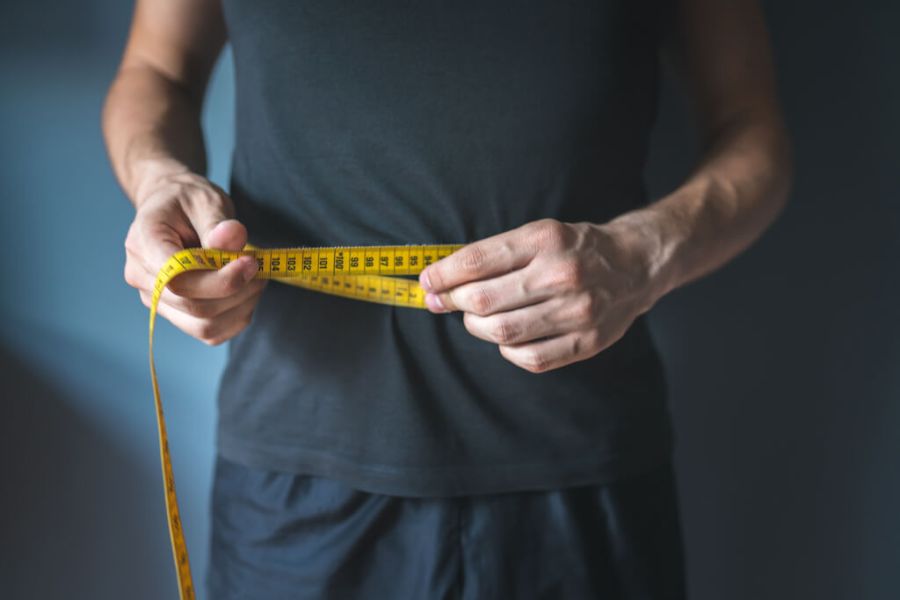 “I thought it was something that I had invented,” says Sam Thomas, of the eating disorder that came to dominate his life between the ages of 13 and 21. “I didn’t even know what the word was.”

It wasn’t until he read the word ‘bulimia’ in an agony aunt column of one of his mum’s magazines that he understood he might be suffering from something other people dealt with too.

Thomas’ experience is not uncommon. There is a slow, but growing understanding of just how many men are struggling with disordered eating, becoming obsessed with what goes in and out of their bodies, purging and exercising too much in the process.

Some studies suggest that as many as a quarter of all eating disorder sufferers are male. According to the National Eating Disorders Association, up to ten-million men in the US will deal with an eating disorder in their lifetime.

Such statistics are, however, misrepresentative of the scale of the problem, says Martha Williams, clinical advice coordinator at eating disorder charity Beat:

“It’s hard to get the exact view of how many men are suffering from eating disorders, because you can’t really trust the stats. If you look at the research, you will see that the emphasis is on white middle class, teenage girls. That’s so damaging, because a lot of the time men don’t necessarily come forward because of the stigma and shame, and because the picture painted in the media is that this is a female disease.” 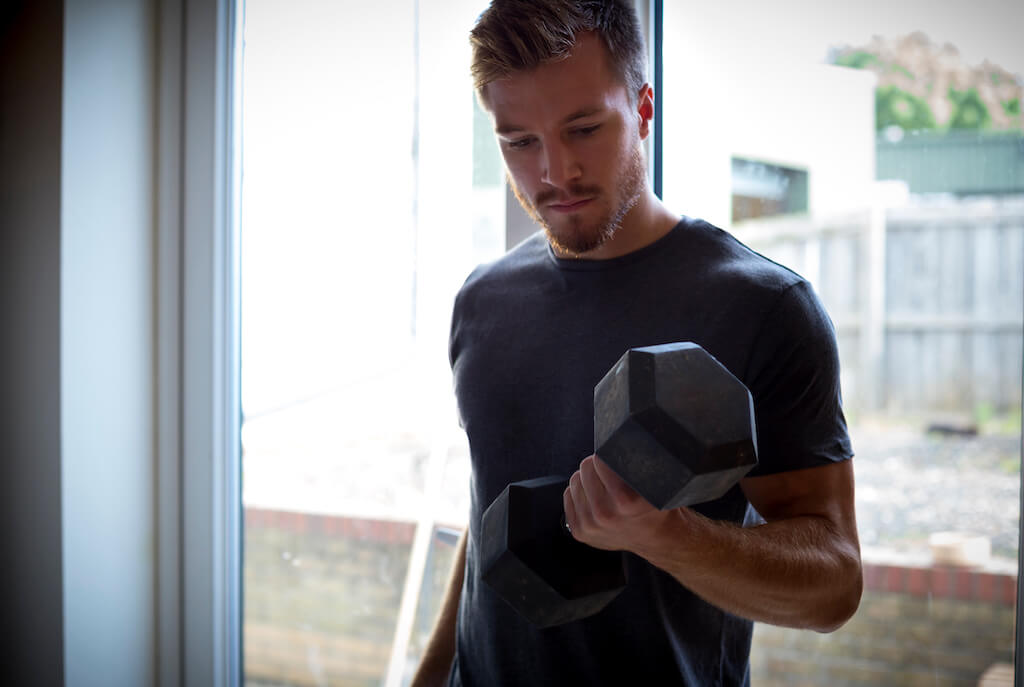 “I think we still have so far to go in dismantling the stereotypical idea of what eating disorders are and who might experience them,” says James Downs, a mental health and eating disorders policy consultant. Downs struggled with eating disorders from his early teens, eventually attempting suicide before receiving specialist help.

“We still think that anorexia is the main eating disorder, when it accounts for around eight per cent of cases,” he says. “Roughly six per cent of people with eating disorders are underweight – far more are overweight. These statistics are still surprising to people, so it is no surprise that men may doubt themselves if they have problems with eating, and question whether their struggles are real or valid when they don’t fit the stereotype.”

Downs says there needs to be a wholesale re-evaluation of how eating disorders reveal themselves in men, so that treatment can be better targeted and guys can understand the signs sooner if they are struggling.

“Amongst men,” he continues, “eating disorders may be more about a drive to muscularity than thinness, involve certain types of foods and exercise, or be tied up with ideas of what it is to be masculine.”

Martha Williams agrees: “There’s such a fine line between fitness culture, and people wanting to be active, and when it becomes obsessive. At first it can be hard to distinguish between the two.”

She adds that often people are ‘over focused’ on BMI (body mass index) as a way of understanding eating disorders and that we need to look at other issues such as obsessiveness and over exercise.

One person who understands all of this acutely is Tommy Kelly. Now a personal trainer and an advocate for Beat, Kelly battled with an eating disorder while playing as a semi-professional footballer between 1997 and 2000.

“It got to the point that I was gradually cutting down on my food and I was exercising more,” he says. “I was doing 15 hours of exercise a day. I was actually exercising during the night. I was getting up and doing weights and going for runs.”

This extreme approach to food and exercise caused Kelly to suffer a massive heart attack, after which he was in a coma. He says the death of his mum at an early age was the trigger for his eating disorder, which became a way of coping with such a major loss. Having managed to recover, Kelly once again faced up to his eating disorder in 2014 after his wife suffered four miscarriages and then became ill with cancer, all while he was a full-time carer for his dad.

“Eating disorders are actually mental illnesses with physical symptoms,” he says. The doctors he went to originally to discuss the problem did not understand the illness and instead prescribed antidepressants. He says that since then the understanding of the issue has improved massively, even if services themselves continue to struggle to cope.

“The awareness is there, but hasn’t really translated into actual change,” says Sam Thomas. In his work in helping men understand their eating disorders through his platform ‘Men Get Eating Disorders Too’, he says he’s found many services remain overly focused on adolescents, failing to realise that this is an issue that affects all people in all age groups.

“My experience of eating disorders services has been that they can feel very feminised,” agrees James Downs. “I have sat in clinics which have been decorated with butterflies, painted pink, and have quotes from female celebrities all over the walls. I’ve been offered materials which use female pronouns to explain what I am going through.” 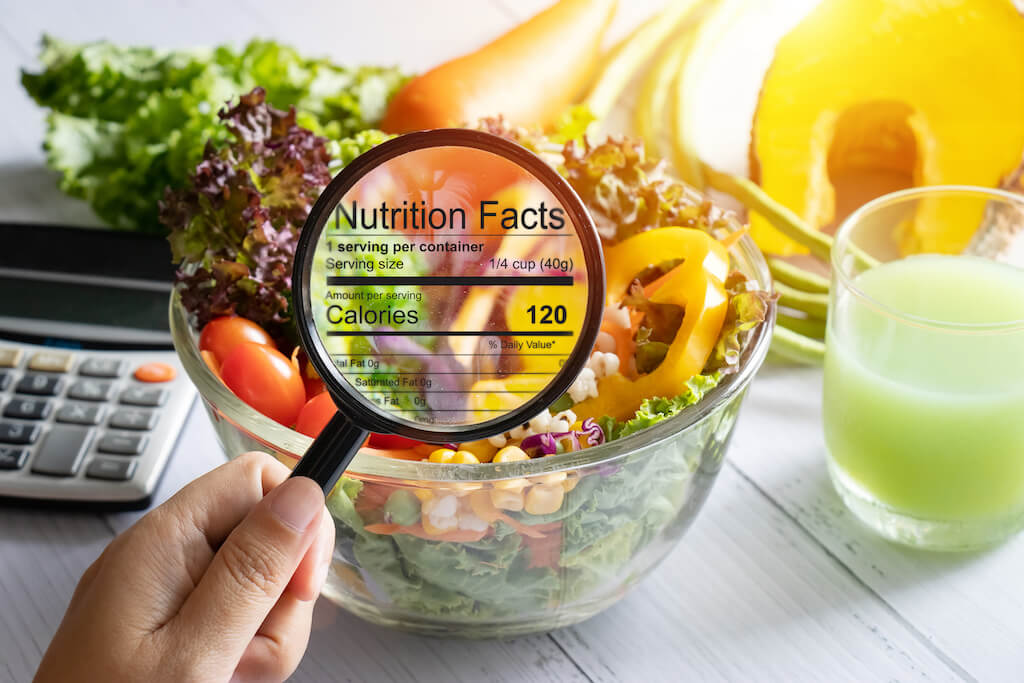 Calorie counting can be useful for getting in shape, but it’s also easy for it to become an unhealthy obsession

Getting help for disordered eating

For those men who recognise that they need help, getting treatment from the NHS can be challenging.

“In the NHS, eating disorders are massively underfunded,” says Martha Williams. “There’s a lack of staff. I think they’re doing everything they can, but there needs to be more early intervention, because at the moment, due to demand, you will only get seen by an eating disorder specialist if you’re at great risk or your physical health has massively deteriorated.”

While this speaks to wider issues with mental health provision across the NHS, it is charities that are doing much of the initial work on the ground.

“The emphasis at Beat is very much focused on early intervention,” says Williams. “So we’re there to try and address the gap for those that are on a waiting list.” She says that Beat’s phone line and web chat services are there for those looking to make their first steps on the road to recovery.

Comedy also offers a surprising and successful approach for those looking to get better. Comedian Dave Chawner suffered from an eating disorder and decided to set up Comedy for Coping, a course designed to boost self-esteem and create an environment where everyone feels comfortable sharing their stories. He came to the idea after attending a group therapy session in which he was the only man.

“Comedy is a great way of engaging blokes,” he says. “Comedy is not about trying to fit in. It’s about standing out, celebrating difference and being yourself, and I think that’s something that was missing in my own kind of therapy.”

For those dealing with an eating disorder, the approaching festive period can be particularly challenging.

“It’s such a difficult time if you’ve suffered with an eating disorder or any kind of disordered eating, because so much emphasis is on food,” says Martha Williams. “I think the danger actually is not so much Christmas, it’s the period that comes after.”

She says that anyone who fears they are struggling should reach out to Beat, or tell friends or family so they can get some help as early as possible.

“I think there’s a stage before talking,” says Sam Thomas, “where you’ve got to really be honest with yourself. It’s very easy to be in denial, because of the shame and secrecy. Be honest with yourself first and foremost and then, when the time feels right, talk to someone you trust.”

While much is left to do, the growing number of men opening up about over-exercising and obsessive approaches to food shows that the issue is becoming better understood.

“Eating disorders are a really good example of how our bodies and minds are all part of our experience. They aren’t separate from each other,” says James Downs. “Recovery from eating disorders is as much about your bodily health as your mental health, and vice versa.”

Realising you are not alone can be a powerful and helpful place to start.

If you’re worried about eating disorders, Beat has a range of services to help. Head to beateatingdisorders.org.uk for a range of resources, phone lines and web chat tools that can make a real difference.