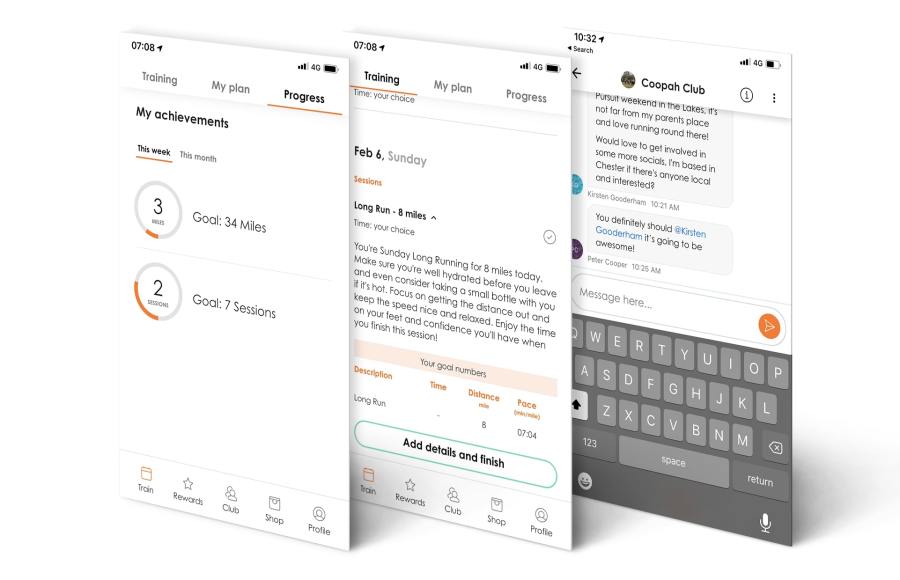 Pete Cooper didn’t consider himself a runner, even after his mum convinced him to join her when she became obsessed with pounding the pavements.

A keen footballer in his youth, he didn’t see the appeal of long-distance racing. Nonetheless, he agreed to run alongside his mum, first in a series of half marathons around the UK, before landing a place in the Berlin Marathon.

“Now, I realise it’s a bucket list marathon for most runners, but I just rocked up and ran it after six weeks of backpacking around Europe,” he says. “Looking back it was probably one of the most special days of my life, because I got to run it with my mum.”

Even then, he says, he struggled to understand why people loved running beyond race day.

Cooper’s mum told him that if he trained properly, he’d understand. However, when she passed away suddenly, he was left struggling with grief and battling with OCD. His partner was concerned and his best friend, who had recently recovered from cancer, suggested they run the Rotterdam Marathon together.

When his friend found the going tough towards the end of the race, Cooper assumed he was hitting the wall. Six weeks later, he died after his cancer returned. Cooper fell into a deep depression. “My life spiralled out of control,” he says, “and I didn’t open up to anybody at all, not even my wife.”

Eventually, just before a planned work trip to eastern Europe, he told his wife he was frightened of what he might do to himself if he went. He was “seriously considering” taking his own life. His wife’s suggestion was simple: go for a run. 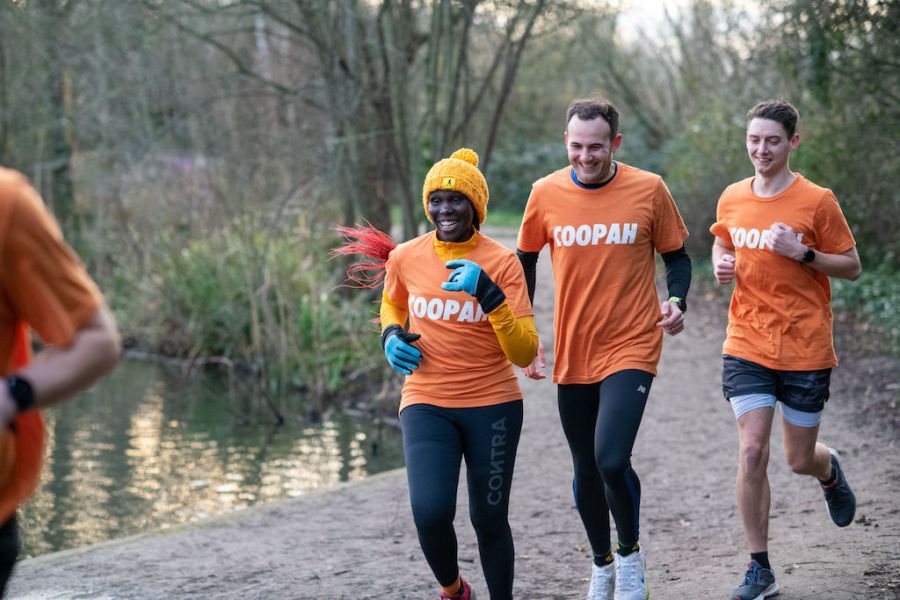 It was from this point that the Coopah app was born. First, Cooper went started a supportive community where people could run together and then talk openly afterwards, with sessions in his local park in south London.

As an app, Coopah stands out from its rivals by using machine learning to tailor its training plans, as well as offering a community chat platform where runners can share their tips and be open about their wellbeing.

Cooper and his team have also partnered with Fuel Bank, a charity helping people in energy crisis. With people struggling to pay fuel bills often seeing their mental health deteriorate, Cooper and Fuel Bank offer ‘Run Start’ packages, which include a lifetime subscription to the app, as well as a booklet on how to start running and a running top.

They also provide packages to people who wouldn’t normally be able to access the sport. A pack is donated for every subscriber who stays with Coopah for three months. The aim, he says, is to inspire ten-million people to take up running.