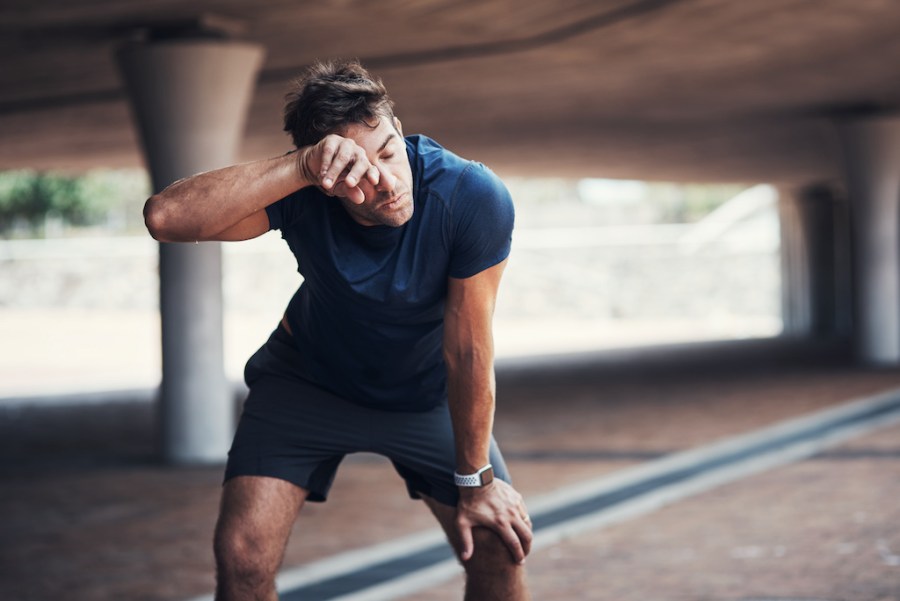 It’s long been known that female athletes are at risk of RED-S (‘Relative Energy Deficiency in Sport’), a harmful condition in which low energy availability triggers a range of debilitating health problems, from low bone density to menstrual disruption.

But new research suggests that male athletes can also suffer from a version of RED-S, which disrupts their hormonal health, weakens their bones and hampers their metabolism.

RED-S occurs when an athlete doesn’t eat enough food to replace the energy they expend when exercising, so their body struggles to fuel other vital processes such as hormone development.

Little is currently known about RED-S in men, but Thomas Birkedal Stenqvist, an assistant professor in the Department of Sport Science and Physical Education at the University of Agder in Norway, discovered that male athletes with RED-S suffer from low testosterone levels, poor bone health and a low resting metabolism, which may disrupt important everyday systems in the body.

The new research – which assessed student athletes as well as professional athletes – found that undereating and overtraining can have a serious impact on athletic performance, too.

“There will be issues such as poorer recovery and that the body does not produce the hormones needed to reach the performance level you want,” explained Professor Stenqvist.

Athletes in certain sports – including endurance-based disciplines – seem to be more vulnerable.

“What these sports have in common is that there are advantages to being as light as possible,” explained Professor Stenqvist.

“Paying too much attention to food, weight and calorie intake may be counterproductive and can possibly lead to RED-S.”

To prevent RED-S, fuel properly, allow for adequate rest, and focus on making sustainable progress to elevate your fitness without sacrificing everyday health.