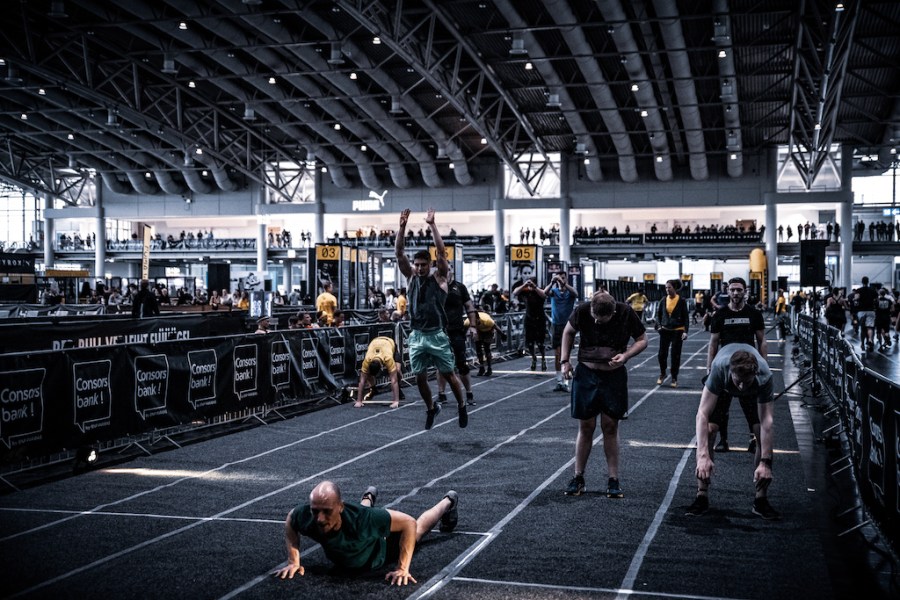 Billing itself ‘the World Series of Fitness’, HYROX is the new run-lift-HIIT event designed to be doable in gyms with standard equipment…

When you look at what most people get up to in the gym, it can be broken down into a simple formula: resistance exercises, sometimes combined with a bit of cardio, with a general emphasis on hypertrophy and strength endurance. That’s fine, and such a routine will definitely make you fitter, healthier and functionally stronger.

The thing is, it also means that most people are training quite specifically for something that doesn’t have a corresponding sport, which can make it quite hard to track overall progress and stay motivated.

Endurance-sport entrepreneur Christian Toetzke recognised that fact, and experimented with combining short runs, rows and SkiErgs – each around 1km in length – with high-rep functional exercises, such as farmer’s walks, sled pulls and sandbag lunges. What he landed on was a new event to test strength, stamina and mental fortitude. HYROX was born.

HYROX is a measurable, judgeable gym challenge easily turned into a competition. From the first events in 2018, HYROX now has partner gyms and operates in eight countries, including the UK and the US. It’s also backed by PUMA, which has just launched its new Fuse Trainer, designed with fitness racing in mind. HYROX has also produced its first standout star, in the shredded shape of 32-year-old Hunter McIntyre.

Here’s why HYROX is causing such a stir… 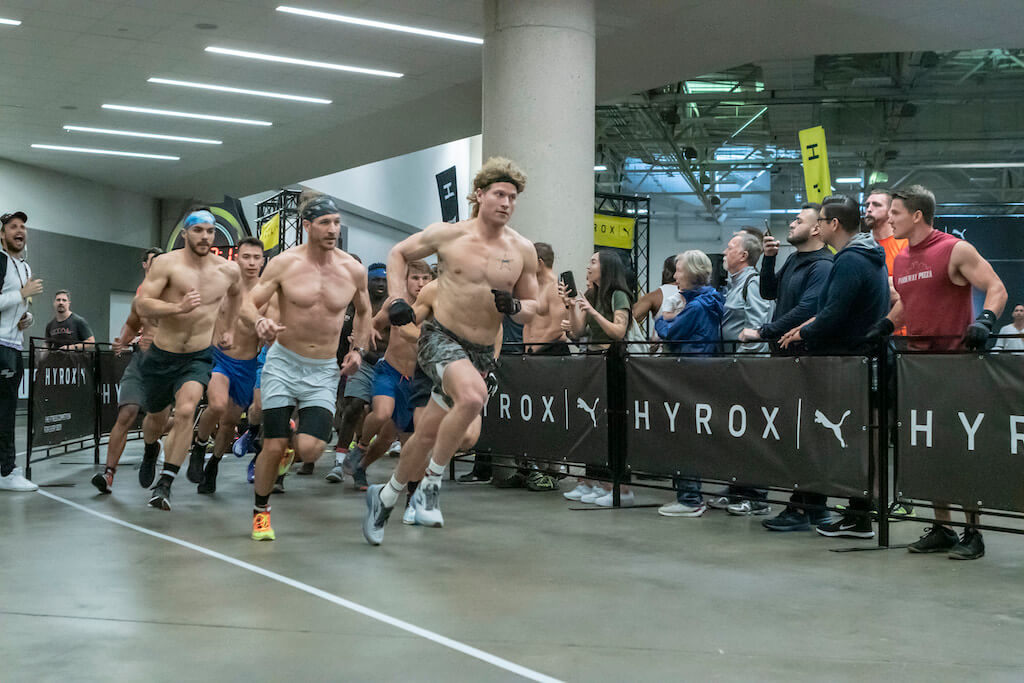 No, it isn’t CrossFit

The other gym-based fitness and strength formula that may have sprung to mind is, of course, CrossFit. But Christian Toetzke is quick to point out that HYROX isn’t trying to emulate that kind of challenge. Mainly because competitive CrossFit events are generally for the elite of the sport. “HYROX is based around what everyone is doing in the gym,” he says. “I wanted to create a competition that anyone can do.”

One of the things that CrossFit does is place a high demand on precision. When lifting maximum weights for multiple reps and doing different moves back-to-back, pre-fatigued, you need to nail the technique every time, or risk injury. “With HYROX,” says Toetzke, “we wanted to create a sport with minimal risk of injury.”

The other race format that springs to mind is obstacle course racing (OCR), and the crossovers are made abundantly clear by the fact that Hunter McIntyre – HYROX world-record holder and poster boy – won the OCR World Championships no less than six times.

OCR also provides a mixed running and functional exercise challenge, but Toetzke believes the similarities with HYROX are only skin deep. “HYROX has a lot of stuff that you find in no obstacle race,” he says, “and the exercises are generally longer.”

Instead of a fitness challenge tied to a single location, that’s not generally repeatable, HYROX aims to provide a competitive event that can be replicated anywhere, with supporting workouts that can be adjusted for any fitness level.

“We make you fit with a three-month programme from now to the event,” says Toetzke. “The good thing is that the event works for everyone, from young to old, from super fit to not fit. I think that’s the beauty of it.” 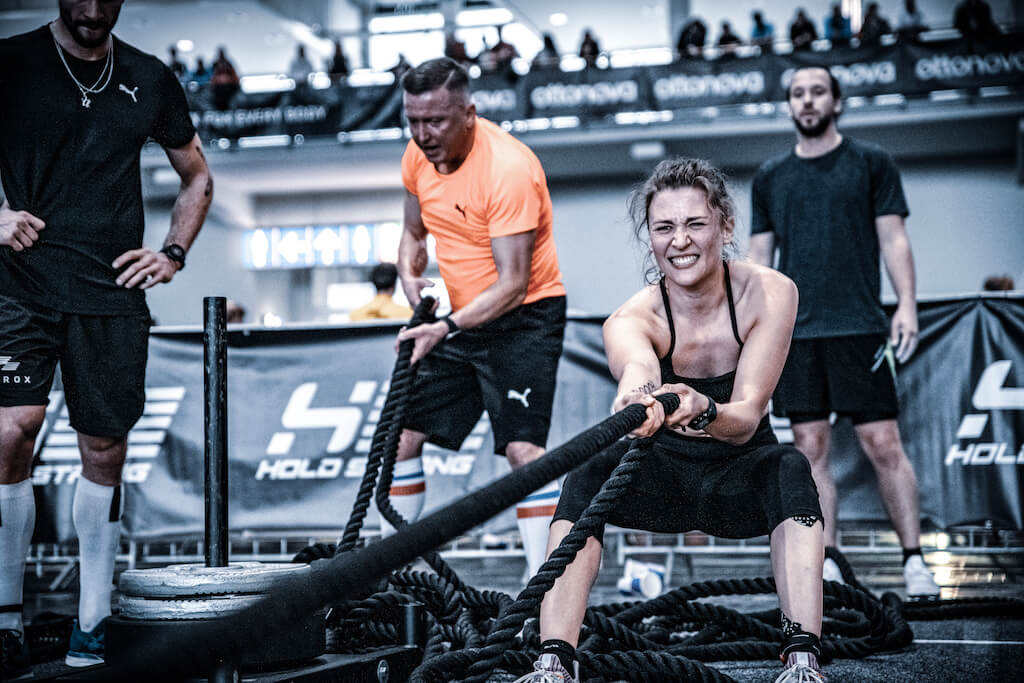 How to train for HYROX

You can prepare for HYROX in almost every commercial gym, and as Christian Toetzke points out you can get the training sessions done in one hour, while hitting your major energy systems and every muscle in your body. That makes it both efficient and accessible for anyone with a lot on their plate (all of us).

Consistent running (or row and SkiErg) will improve your cardiovascular fitness, and you can build muscle with HYROX, too – particularly if you adjust the workouts available online, by reducing the rep ranges. “You gain muscle but you’re not getting super bulky,” says Toetzke. “It keeps you as a very lean, well-rounded athlete.”

He says that as an 85kg, 53-year-old who used to do a lot of running and triathlon training, he gets fewer injuries and other problems with HYROX: “I feel really fit, like a 25-year old, and because I mix up my training, I never do anything that extreme anymore, which suits me really well.”

Any workout that involves running is going to torch through calories, and once you add in full-body exercises you can really keep the heart rate up, and balance the load on your muscle groups. Toetzke finds he doesn’t have to go all out in every workout, instead running at around 70 per cent through the week, then once a week doing a HYROX workout as fast as he can, in order to progress steadily. 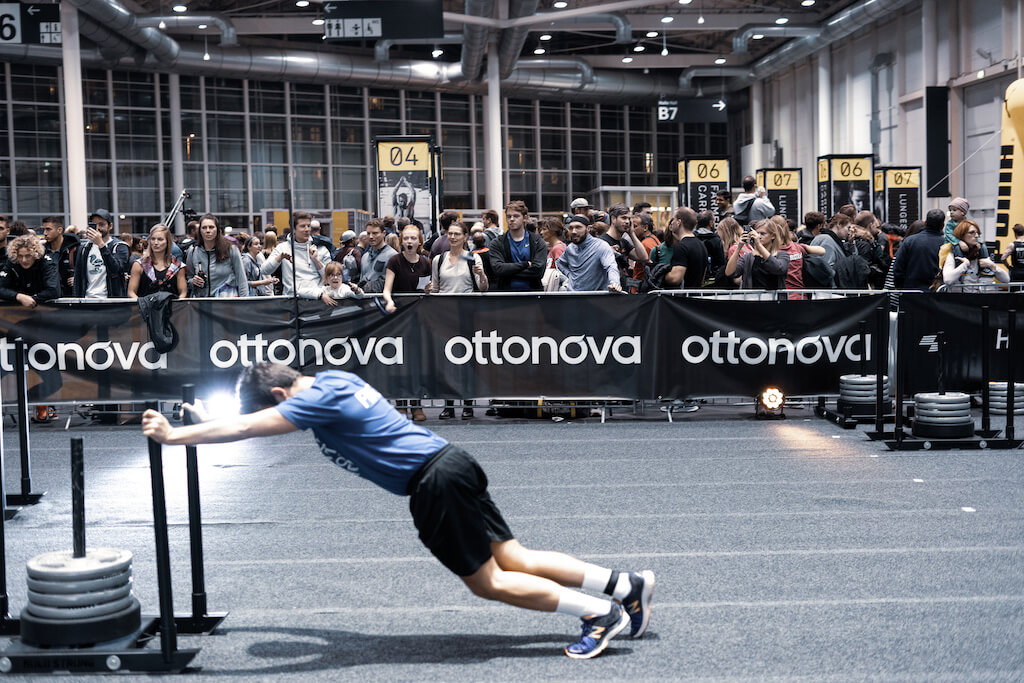 How to get good at fitness racing

Competition HYROX is a race, and to be the best you need to learn from the best. Despite dominating the early events and World Champs, McIntyre recently lost his crown after he pushed for world-record timing but blew up early in the race. He knows he has his work cut out for him to reclaim it.

“Pacing is the most important thing there is,” he says. Like most running events, you should aim for a negative split, and resist reacting to the pumped-up music and announcers at the start line.

“The race is really on the back end,” adds McIntyre. “You should treat the beginning part – which is very challenging with the harder movements at the front – almost like a warm-up. Conquer the first couple of ones with confidence and security, then go through the end of it with your best foot forward and the attitude that you’re going to get faster over time.”

Because HYROX is so repeatable, McIntyre says that you can get the exercises down to a science. Take the sled push, for instance. “I know how many steps I’m going to take every single set,” he says, “and I know how I’m going to breathe through my nose and exhale through my mouth, so that I can get the air out better. If you’re applying pressure to your diaphragm with that sled, all of a sudden your lung capacity is going to be slashed.”

McIntyre knows the importance of good mobility, pointing out that squatting down with a weight in your hands for 100 reps is going to hit your quads, knees and hips – hard.

“If you don’t take care of your mobility at all, it’s going to be like taking a train and going back and forth against a bunch of rusty tracks,” he says. “But if you’ve greased the grooves, it’s going to be nice and smooth.”

Finally, you will always be pushing to beat your personal best, even if you’re not focused on beating other competitors, and to do that you need to have what McIntyre calls a ‘courage mindset’.

“You’re never going to become the best you can be without being able to apply forces against your body, which you didn’t previously think you could handle,” he says. McIntyre also reads books about exceptional lives, from explorers to Napoleon, to cultivate such an attitude. “Especially when chasing world records,” he adds, “I’d rather die knowing that I failed trying, than having pretty decent times for the rest of my life that are safe and secure.”

Whatever your eventual goals (and to clarify, we wouldn’t recommend going quite that far in pursuit of a PB), giving HYROX a try might provide the motivation required to push your fitness to uncharted territory.

You can do this workout in any gym or training space that has basic equipment. It uses some of the moves that feature in the competitive HYROX races. Repeat the session two to three times a week to see improvements. 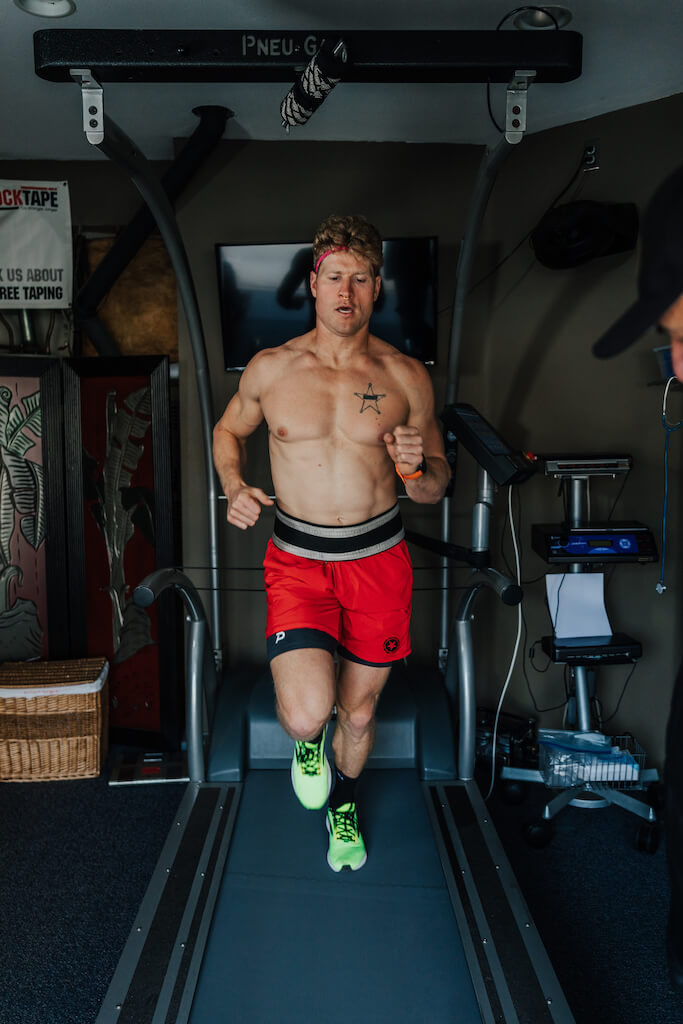 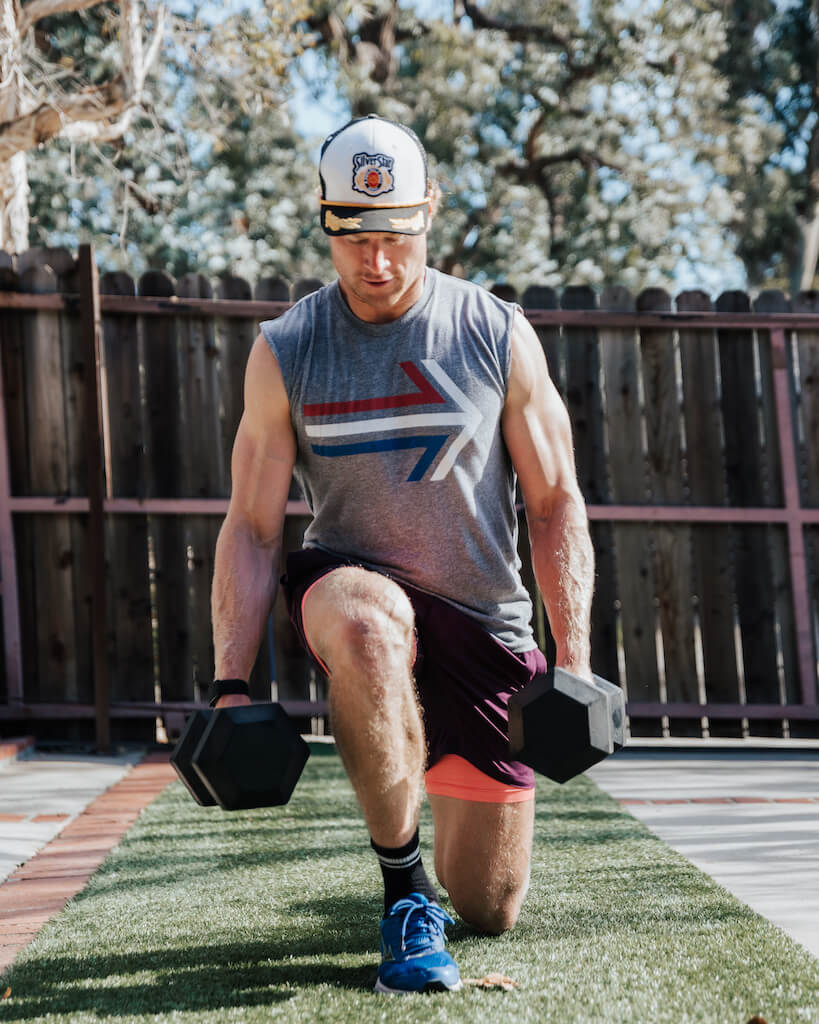 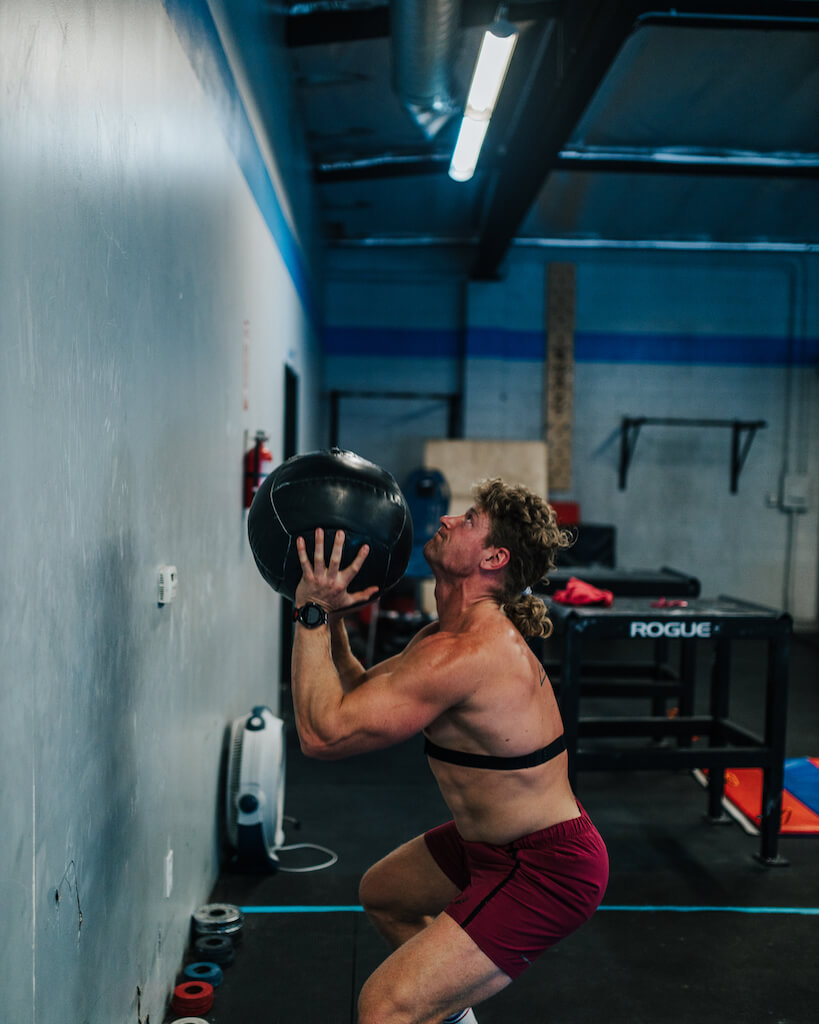 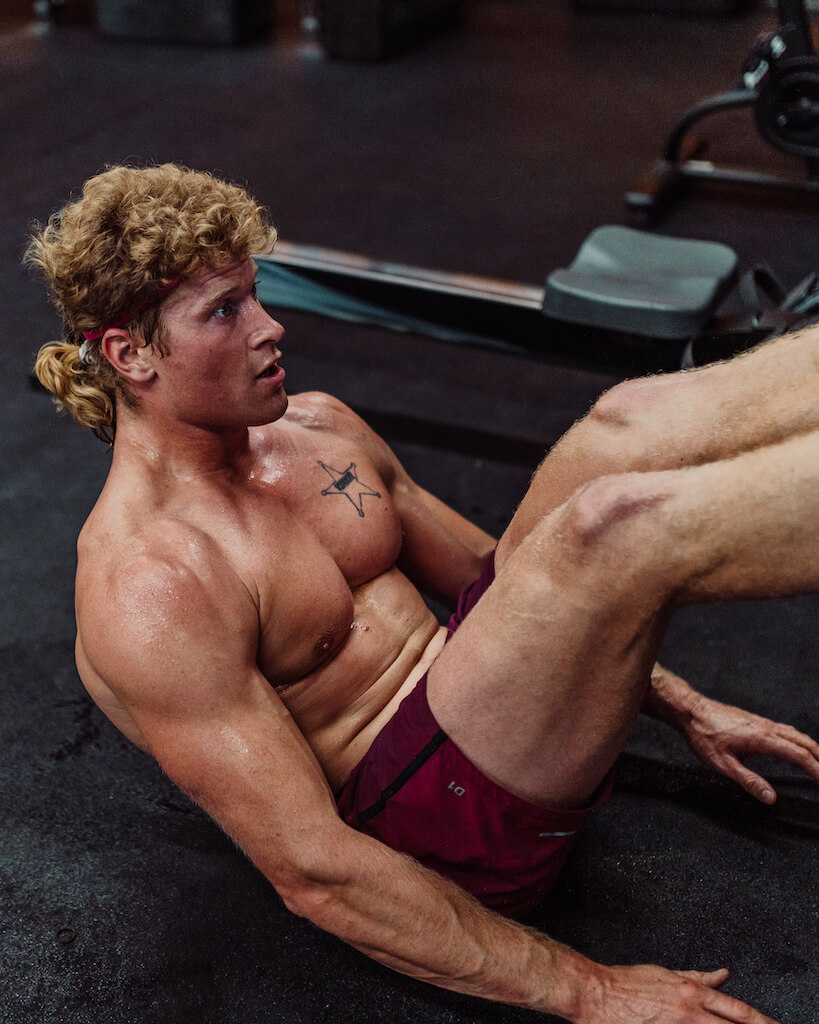