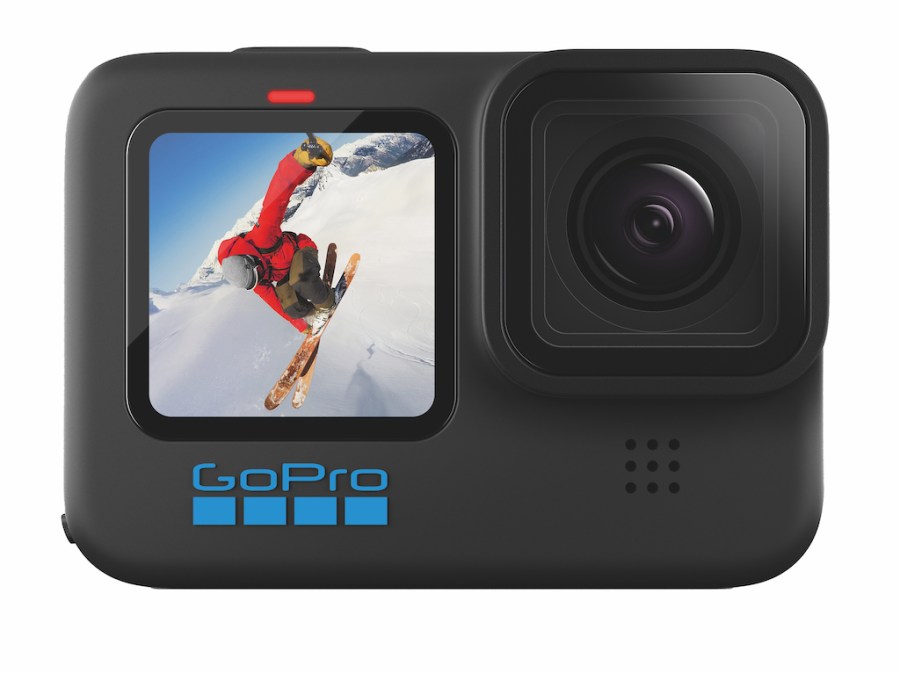 At a glance it’s almost impossible to tell the Hero10 Black apart from its predecessor, the Hero9.

Each is a little box with screens front and rear, and a lens housing that juts out. Under the hood, however, GoPro has truly levelled up its latest camera.

Most significantly, this is the first really responsive GoPro we’ve ever used, thanks to a nippy new GP2 processor.

In addition to overall speed boosts within menus, the Hero10 can also upload your footage 30% faster than the Hero9 could, which makes a real difference when you’re dealing with gigs of 5.3K video.

You can also directly hook it up to your phone for even faster transfers.

In addition to all that, the Hero10 is equipped with better processing skills for photos and video, meaning it doesn’t totally crumble in low light, plus it can shoot 4K super-slow-mo at up to 120fps.

So… is it time to hail the new king of action cams?

Is the GoPro Hero10 any good?

While on the surface the Hero10 is a rehash of its predecessor, the GP2 processor means it’s a very different camera.

It’s more responsive and captures better images in all lighting conditions, while ‘nice to have’ features – better livestreaming and webcam support, faster wireless, and wired transfer of video – iron out some long-standing niggles.